A Bakery War? Or a New, Welcoming Pastry Row in Downtown Marquette?

YOU’VE PROBABLY NOTICED the new facade on the 231 West building in downtown Marquette. Exceptionally handsome. As attractive as any in Marquette.

But it’s what’s behind that exterior that will provide an interesting story in the months and years ahead.

“There’s probably no more than a handful of French patisserie shops in the entire Midwest,” says Babycakes owner John Scheidt. “And now here in Marquette, we’ll have two of them on the same block. It’s crazy.”

Scheidt admits he wishes that 231 West owner Matt Beardsley had located his patisserie elsewhere but he’s confident they can co-exist as neighbors. And who knows? Maybe they’ll help each other. Maybe they’ll become a magnet for pastry-loving locals and a must-see attraction for tourists.

Earlier this year, Scheidt had talked of knocking out some walls and expanding the dining area at Babycakes. Not gonna happen. Too expensive. Capacity will remain at 36, give or take. However, they will be opening up a second kitchen downstairs this winter to handle increasing volume. 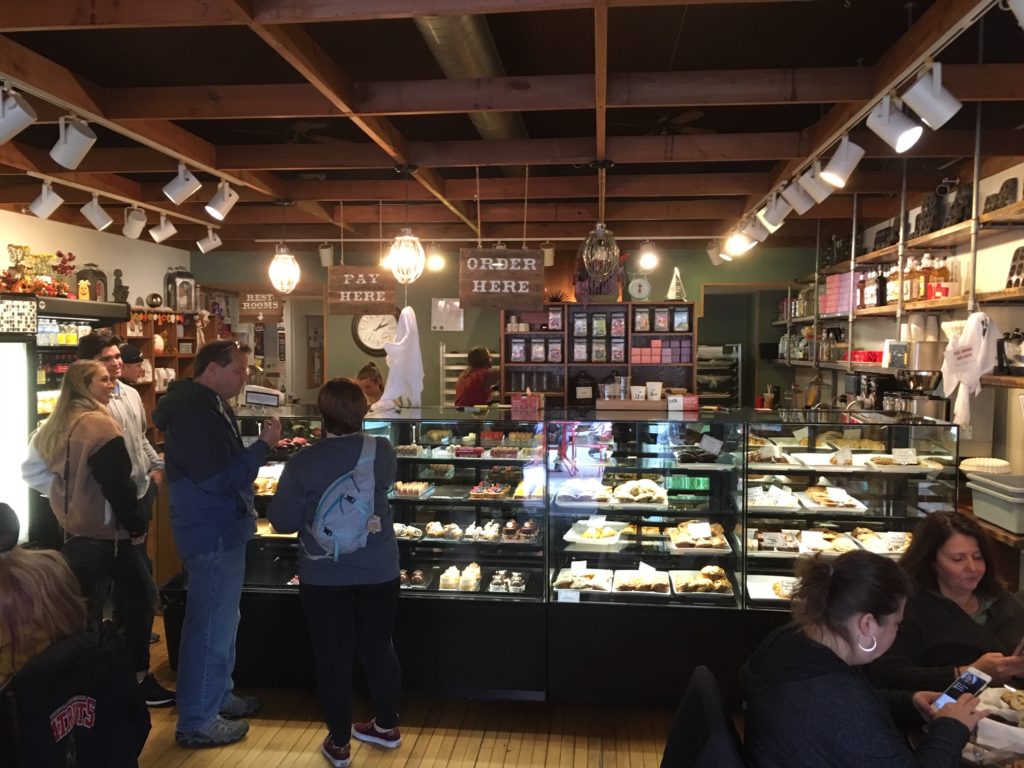 Babycakes has had a busy and profitable year.

Babycakes has had a banner year–up 36% in revenue over the previous year, according to Scheidt. Primary reason? More offerings with sandwiches, breads, soups, and pastries. Macarons, those colorful little meringue-based cookies, have been an especially big seller. At the peak of summer, Babycakes’s pastry chef was turning out 2500 macarons a week.

So clearly there’s an appetite for these sumptuously sweet French confections.

Now, what about 231 West? The old building, which required considerable gutting, changed hands two years ago but the renovation has been slow, and that’s an understatement.

Originally, hopes were to open it last fall. Then, for sure, it would open in time for this year’s UP 200 in February.

“We’re hoping to be open by Thanksgiving. That’s our goal,” says Beardsley, the owner, who’s had to deal with some medical issues along the way.

The bulk of the inside work has been completed but they’re now awaiting installation of an elevator. 231 West will be a two floor patisserie and coffee shop, with two renovated apartments on the very top floor.

Capacity? About 80 diners–more than twice the size of Babycakes–including a balcony for eight during the summer months.

Menu? French pastries, coffee, sandwiches, soups….kinda like the neighbor down the block.

So we’ll have some friendly competition. It might be a little tough on the owners but for the rest of us, what’s not to like? Two French pastry shops on the same block!