Word on the Street is a Marquette, Michigan-based online news and opinion publication written by Doug Garrison. Word on the Street covers the pulse of what’s going on in Marquette County, and boasts a highly-engaged audience… people who really care about what’s going on in their community. Doug applies an investigative style of reporting seldom seen now in local news, and gives his take on the facts as he sees them. Started in 2014 by former CNN correspondent Brian Cabell, Word on the Street is now a powerful force in local news, garnering up to 160,000 views every month across a wide viewer demographic. 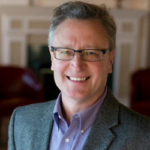 Doug Garrison, a seasoned advertising professional and former creator of “The Doug Garrison Show,” took over the reigns as publisher of Word on the Street following Brian Cabell’s retirement in September 2020.