TALK ABOUT STRIVING to find a work-life balance.

She also owns Revisions, the design store on West Washington Street that’s become a favorite of locals and tourists. It features not only her own distinctive porcelain and ceramic designs and lighting fixtures but also eclectic works by independent designers from around the country.

Dupras, an NMU grad, has already carved out a national reputation for herself–her pieces have appeared  in Midwest Living, Better Homes and Gardens, and Martha Stewart Living, and they’ve been on display in the Museum of Modern Art in New York and Tiffany and Company. 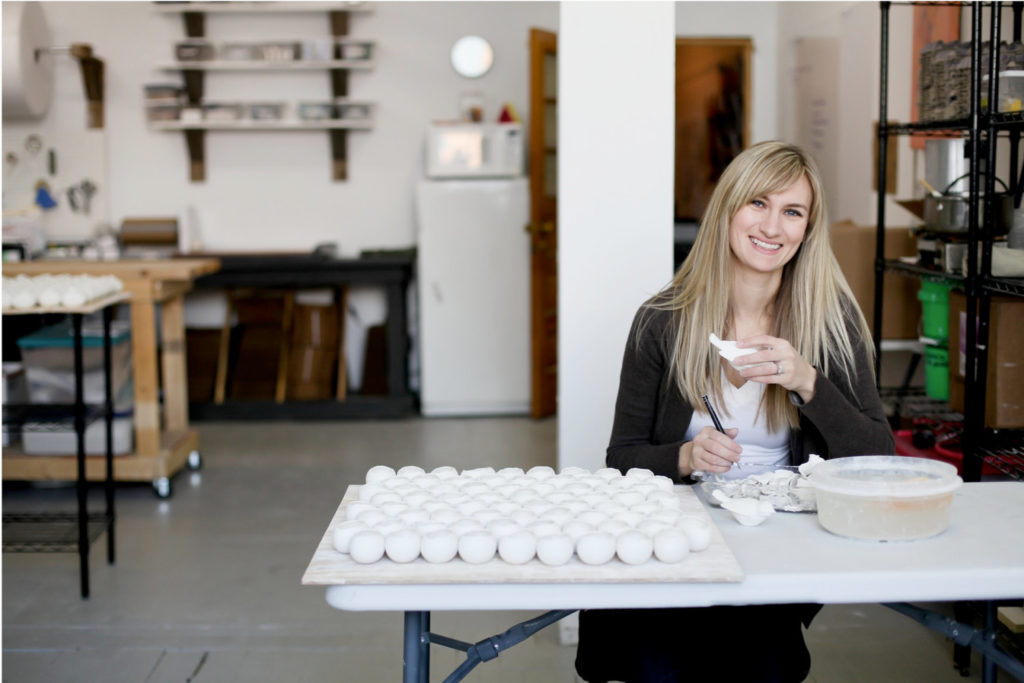 Dupras founded Revisions in 2008 in Negaunee, then opened  her retail store in Marquette in 2015.

And she’s a realtor.

All this, while she and her husband are raising three children, the youngest of whom is only nine months old. Whew.

Now, about her newly acquired studio near Presque Isle. “My intention is do more classes and workshops out there,” she says. “It’s a beautiful location. It’s inspiring. I want it to be a creative space.”

She sees it less as a retail shop, and more as a working studio. 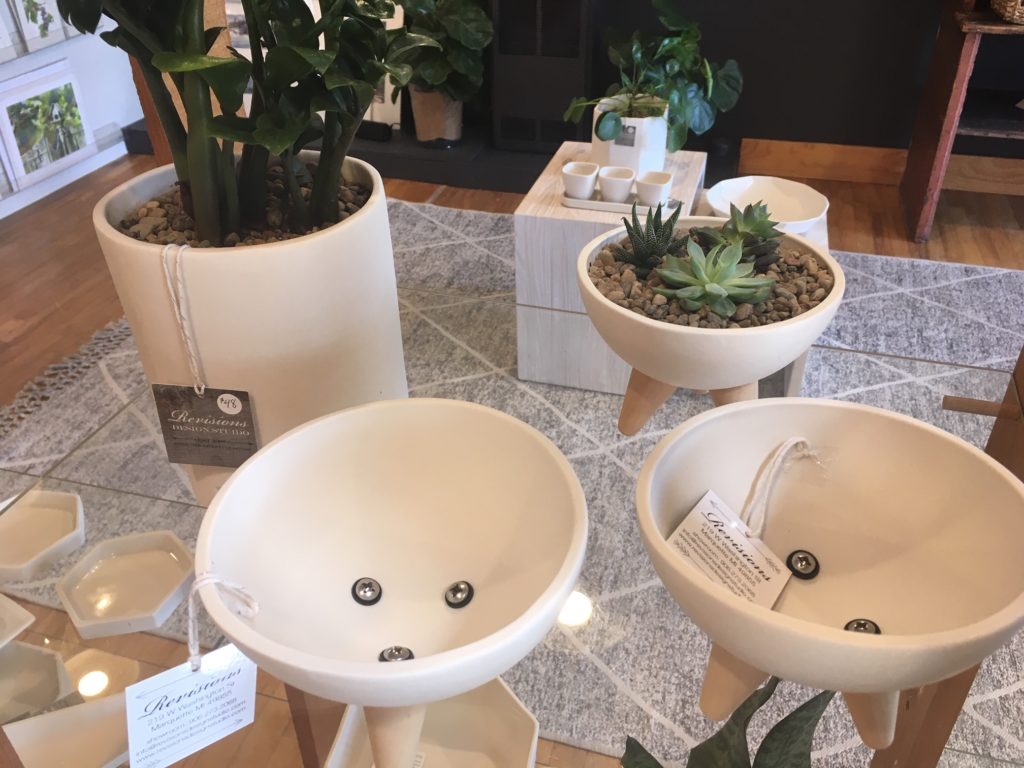 Dupras’s designs have been featured in national magazines.

A place to do her own work, to draw inspiration, and to teach others. “I love teaching, and now I also want to do more high end design.”

For the rest of the summer, the Gallery will feature Conover’s paintings along with Dupras’s works, but over the winter she’ll transform it to a full-time studio and teaching space–with some retail sales in the summer. She anticipates an official grand opening next spring.

Plenty to do, plenty to plan for over the next several months.

And of course, she’ll do all that while she’s taking care of those three children at home. And maybe selling a property or two.