A Grass Roots Crusade to Make the Hospital Better

“WE HAVE TO help LifePoint help themselves. They need help!”

The impassioned words of Cindy Nyquist, the president and founder of  UP Home Health and Hospice. She’s become the point person for a local campaign to fix what’s wrong with LifePoint’s local hospital, UP Health System Marquette.

And what’s wrong with UPHS? Number one, the outward migration of local patients to hospitals in lower Michigan, Wisconsin and Minnesota. Even the hospital acknowledges this. It’s been a problem for years.

“We are loyal here, but once you lose our trust, it takes a long time to win it back,” Nyquist says.

She’s given four speeches to community groups on the subject in the last few months, and she has seven more scheduled before summer. She’s a woman on a mission.

It’s a problem many of us are familiar with. Intense criticism of Duke LifePoint has been a favored pastime almost from the day it took over. Nyquist is very familiar with it and is now helping to assemble a band of activist citizens determined to change the performance and the perception of the hospital. 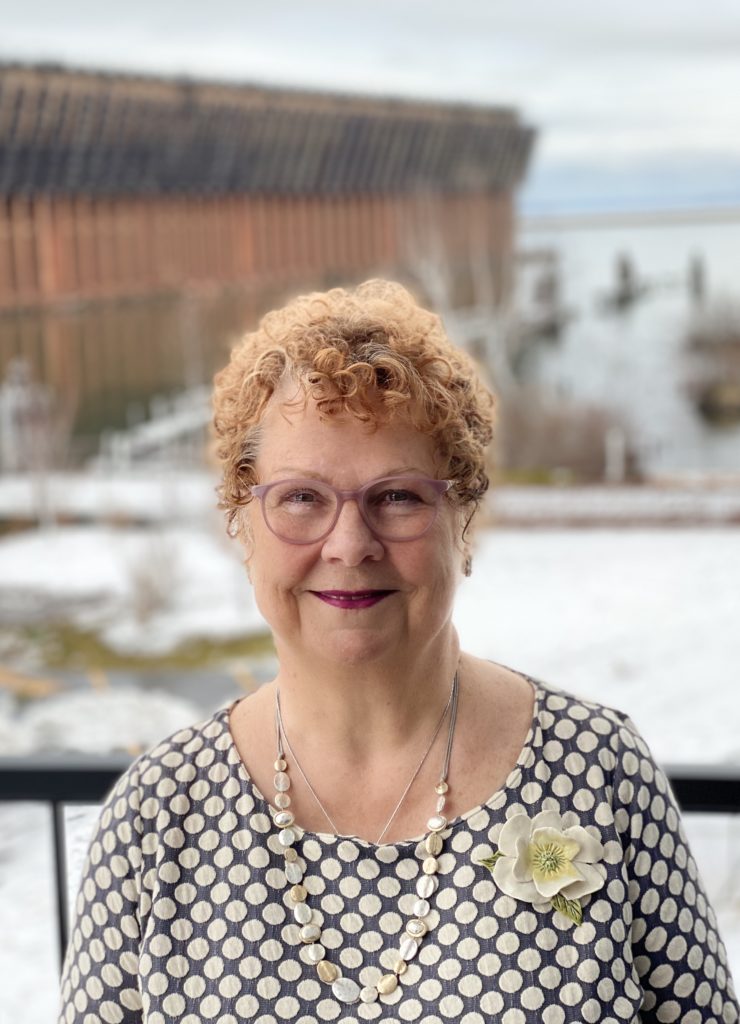 Nyquist is the president and founder of UP Home Health and Hospice.

She makes clear that she’s not bashing UPHS Marquette which acquired the hospital seven years ago. She fully appreciates the doctors, nurses and technicians who are working there. But she feels the hospital, owned by a large out-of-state corporation, doesn’t “get” Marquette and isn’t making a sufficient effort to become a true part of the community.

She’ll also acknowledge that maybe the old nonprofit Marquette General Hospital wasn’t ideal, but she believes the doctors back then were better known and more trusted because they and their families stuck around much longer.

It comes down to recruitment and retention of doctors. Too many of them these days seem to come to town for a year or two, and then move on.

In other words, the entire community–not just the hospital–needs to be part of the process.

But the hospital leadership has to be a willing and consistent partner. “I think we’ve gone through something like five CEO’s at the hospital over the last seven years,” Nyquist says. “And they all make these bold statements about how they’re here for us and they’re going to stay. And then they’re gone.”

It’s not a way to build trust.

Earlier this week, Nyquist met with the new CEO, Garfield (Gar) Atchison, to voice her concerns. She’s guardedly optimistic about him. He told her he’s planning to stay for the long term. Uh huh, she’s heard that before. He also told her he likes winter and he rides a fat bike. All right, now that is a little more convincing.

So, what’s next for Nyquist and her grass roots group? She points to a few specifics:

Are Cindy Nyquist and her group just whistling in the wind? Are they just fighting the good fight with no hope of succeeding?

Perhaps. But both the community and the hospital better hope she succeeds. A hospital without the full trust and support of the community it serves is failing in its mission.