A Lost Election, a Triumphant Campaign

THE POWER OF individual initiative. The importance of civic clubs.

This story tells us about both.

A couple of months ago, Sally Davis, a candidate for City Commission, was campaigning door to door in south Marquette–engaging with residents on their porches, presenting them with her platform and concerns, and listening to theirs.

One of the residents was Lenny Desjardins who told Davis about the Hurley Park playground which had been long neglected. He’d been asking for help from the city for five years. Old, uninviting equipment, a broken fence, weeds, and a safety problem: baseballs from the field next door sometimes landed in the playground.

There were plenty of kids in this neighborhood of modestly priced homes who would have been thrilled with an attractive playground but….this wasn’t it. 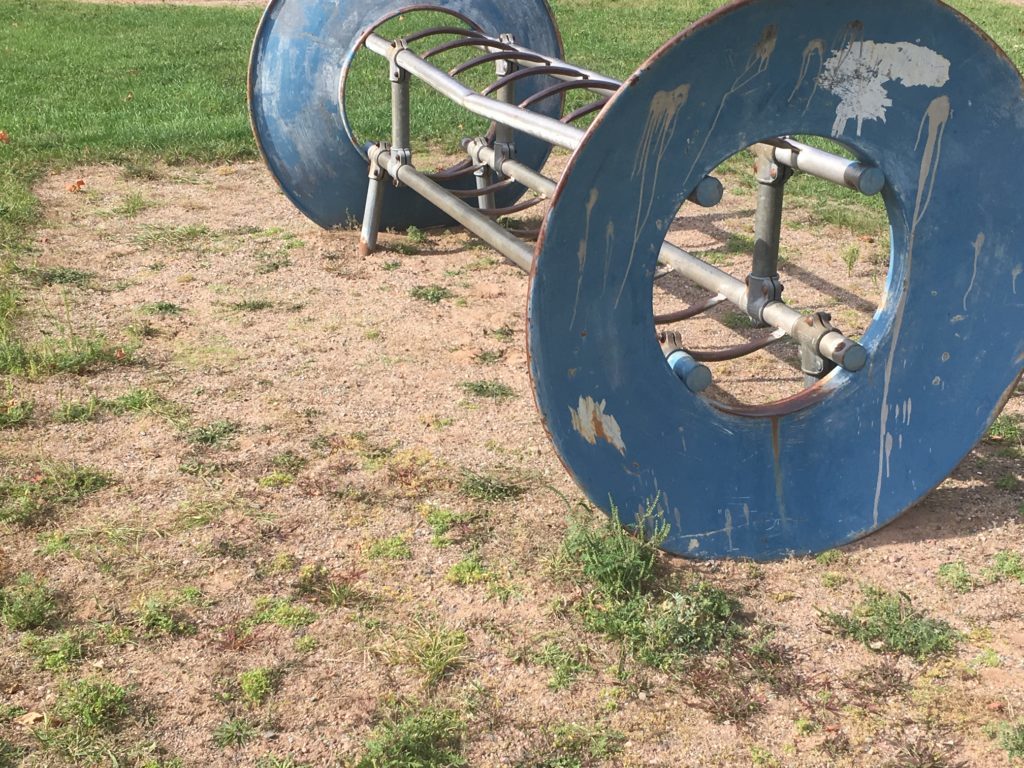 The playground in fall clearly showed a need for improvement.

Davis talked to other neighbors about the playground. “I was overwhelmed with the passion that people had for this park,” she said.

But let’s pause here: While this push for money was starting, Word on the Street became aware of it. We talked to Davis and told her we liked the story, but given that she was in the midst of an electoral campaign, we felt it would be unfair to play up her role in it, even though she was clearly the central figure.

“Don’t worry about it,” she told us. “Leave my name out of it. This is about the neighborhood and the kids, and it’s about the Rotary. It’s not about me.”

Not the kind of response you expect from a politician. 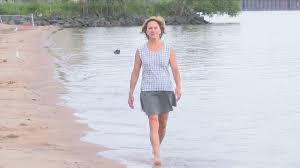 Sally Davis got the ball rolling while she was in the midst of a political campaign.

As it turns out, we decided to mention her in the story but not prominently.

And as it turns out, she went on t0 lose the election by 20 votes.

“She got more done in a few weeks than I got done in five years,” says Desjardins, the neighbor who first talked to her about the playground.

And then there’s this, which makes the story even more remarkable: “We were actually considering getting rid of the playground altogether because of the safety issue with the baseballs,” says Jon Swenson, the Director of Community Services. “But then the neighbors said they were absolutely against it because their children needed the playground, so that put it back on our radar. And then these groups came together so quickly and they made things happen.”

Bottom line: Next summer, the city, with the unexpected, new funding, will renovate the playground. That means removing the old equipment, installing new swings, a slide and whatever else they can afford, cleaning up the park (likely with Rotary help), overseeing the installation of two new poles by the BLP. And between those poles, a new net will be stretched–to prevent fly balls from landing in the park.

The neighborhood children will have a virtually new–and safe–place to play.

And it all started with a friendly conversation on a front porch.