THE REVIVAL OF downtown Munising continues.

“It was a soft opening,” says George Schultz, the owner, and the obvious reason for the brewery’s name. “We were set to open at 5 o’clock, but some people arrived at 4:10 so we just started serving them. It was standing room only until we closed at eleven.”

No advertising for the opening, just social media and word-of-mouth.

Interesting back story here. Schultz was a longtime pharmacist at Snyder’s Drug Store in Munising but then got word the store was closing in 2018. No more job for him.

Midlife crisis? Not really. He took on a parttime job at Putvin’s, where he still works, but he had bigger plans.

He’d been home-brewing beer for 17 years and serving it to friends in his basement at home. He’d always gotten great reviews, and he loved doing it.

So he and his wife Amber bought a building in town that housed a flower shop and a storage area that was the former home of a dairy. And they took on a partner, Matt Johnson, who had a background in construction as well as brewing. 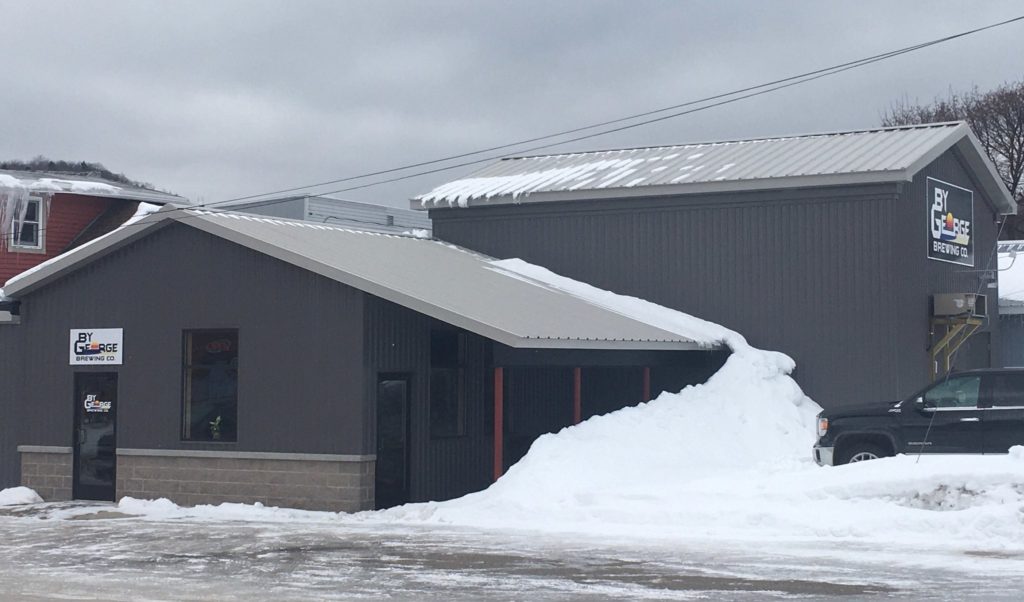 A former flower shop and dairy have become a brewery and (soon) a deli.

“We decided to take the leap,” Schultz said. “We formulated a plan.”

The plan was to sell the flower business, which they’ve done, and renovate the entire building–half of which is now ByGeorge, while the other half will be Driftwood Deli, scheduled to open before summer. That’ll be operated by Amber.

Schultz and Johnson are handling the brewery.

Room for about forty customers inside, seating for another thirty or so outside in the beer garden once the weather warms up. 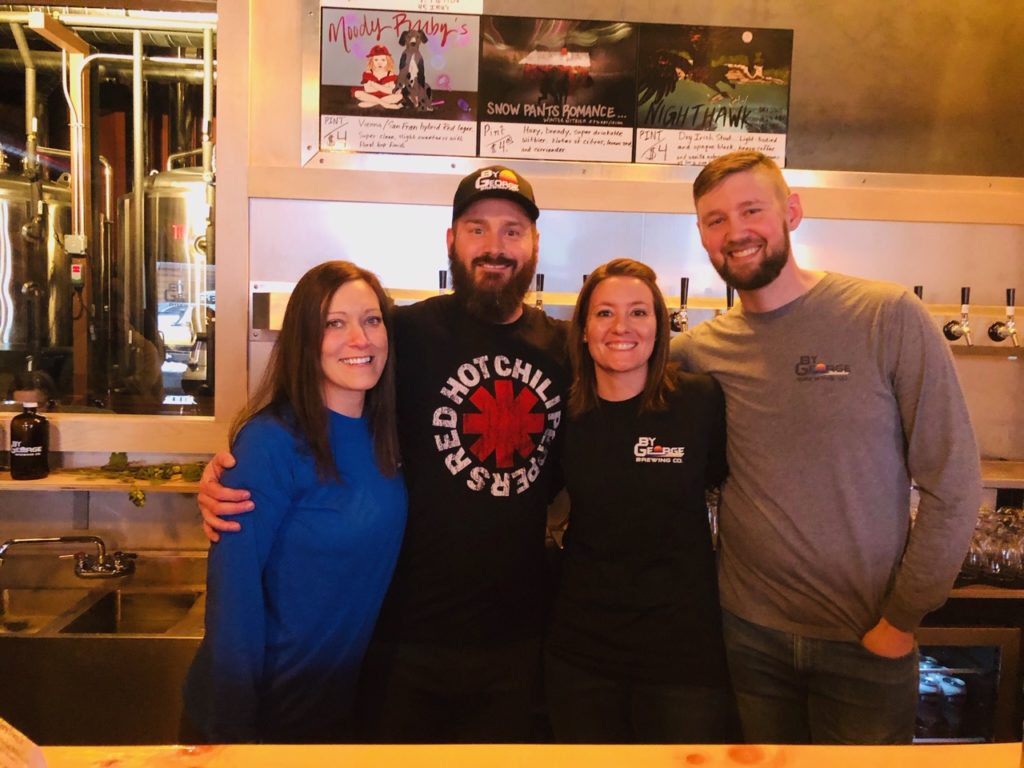 An exciting new chapter in their lives for Amber and George Schultz, Veronika and Matt Johnson.

So…pharmacist in his early forties loses his job but doesn’t get discouraged. Instead, he pursues his dream. And he’s happy.

Seems there’s a lesson there for all of us.