A New Hotel, a Drive-in Movie, a New CEO (maybe), and Those Irritating, Invasive Pink Flowers

A hotel near the university

IT WASN’T A big launch featuring brass bands and balloons.

Instead, on July 1st, Superior Stay (the former Beacon House) simply opened their doors and started welcoming guests. Management says on the July 4th weekend, they were virtually booked. Online booking and word-of-mouth did the trick.

Renovation had taken place over the previous 18 months, and the COVID shutdown delayed the opening a few months.

It’s billed as a “boutique” hotel which usually implies that it’s small, unique, stylish, and upscale. With the Superior Stay, that’s a bit of an exaggeration. It is relatively small and it does have a certain understated style but it’s not unique or upscale.

It’s straightforward lodging with new furnishings and large, clean rooms in an appealing section of town, on Third Street, near NMU.

Weekday prices currently start at about $119–a good rate in this town.

A welcome addition to Third Street. It should be especially popular with parents and other visitors to NMU. 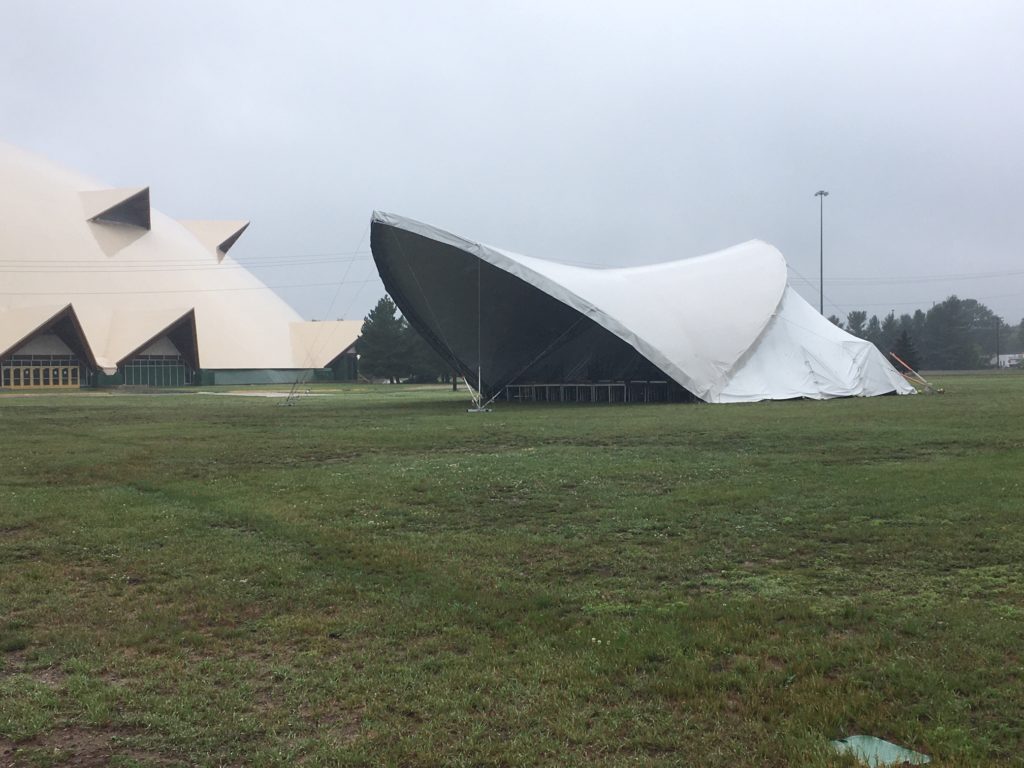 NMU to feature drive-in movies and an outside cabaret show

SO YOU MISS the good, old days of hot summer nights and drive-in movies…

Well, NMU feels the same way so here’s what they’re gonna do. On August 7th and 8th, they’ll be playing the animated movie “UP” on a projected screen outside at the Arabesque tent they’ve set up next to the Dome. Three ways to watch–either in your car, in bleachers, or on your own blankets. Physically distanced.

“We’re trying to come up with creative ways for our students to fall in love with NMU and Marquette, and for our whole community to have some fun,” says Bill Digneit, the Director of Theatre and Dance.

Tickets will be free but you’ll have to register for them online. Online registration likely won’t start for another week or so.

Something else–again at the Arabesque tent. The “Spotlight Variety Show,” cabaret acts performed by NMU students. Scheduled dates are August 28th and 29th.

Arts and entertainment have been a struggle in the age of COVID, but Digneit and NMU are doing their best to work around it. 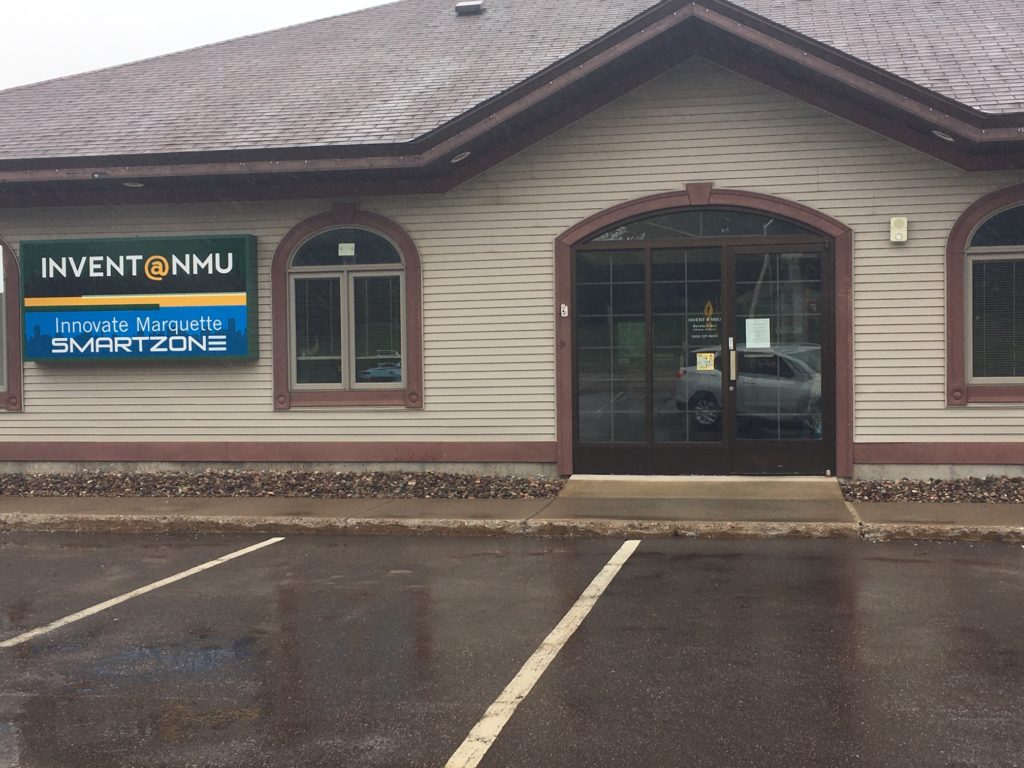 MARQUETTE’S SMARTZONE MAY be close to hiring its new CEO.

The Board has made an offer to Joe Thiel of Traverse City and is expecting a response from him within a matter of days.

“We had a lot of good candidates but he just rose above the others,” says Ray Johnson, the outgoing CEO. “He’s got a passion for entrepreneurship, he’s got a lot of experience with start-ups, and he loves Marquette.”

Thiel’s a graduate of NMU.

The search for a new CEO began early this year after Johnson announced he was retiring. Stang Decision Systems conducted the search. Initially, 140 prospective candidates made inquires, and then about 40 actually officially applied for the job. That list was winnowed down to 7 or 8, and the search committee ultimately chose Thiel as their top candidate.

Johnson is expecting to retire by the end of August. He’s hoping his successor can begin before then. 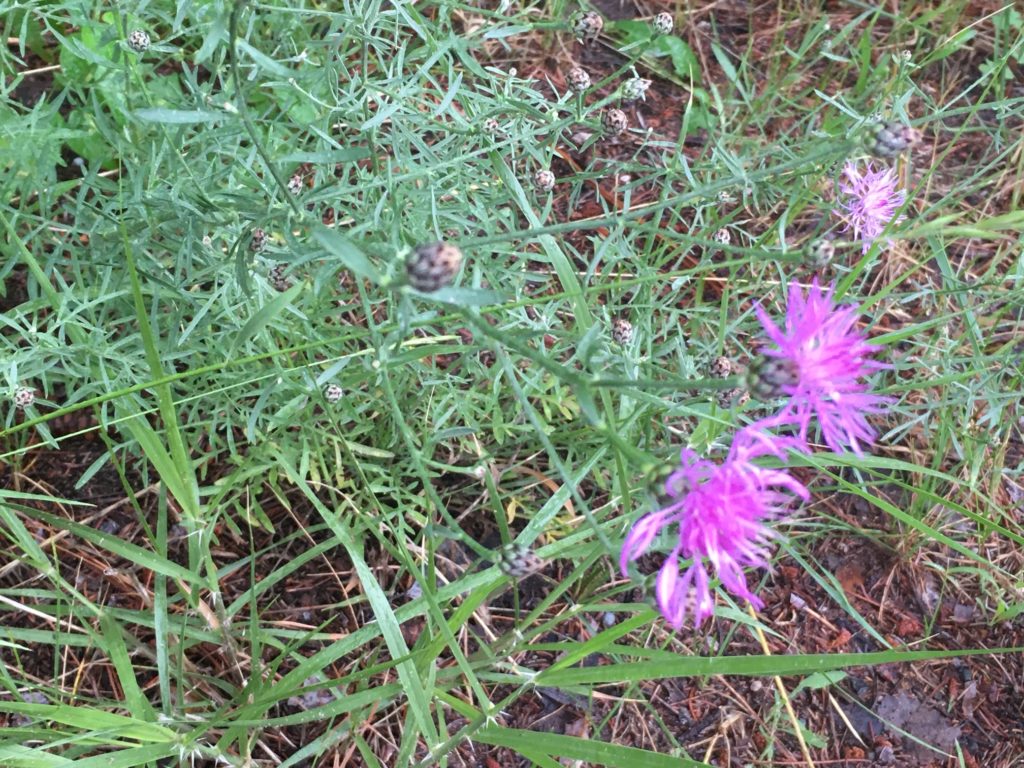 A constant battle to halt the invasion

YOU’VE PROBABLY SEEN them. In fact, if you look for them, you’ll see them everywhere.

Those little purple flowers at the end of long, prickly stems. Spotted Knapweed.

“It’s prolific, it’s invasive, and once it’s established, it takes over,” says Abbie Hanson, a biologist and planner for the Superior Watershed Partnership.

The plant apparently arrived here, unwanted, from Europe and Asia in the late 19th century, and now it’s taken hold in nearly all 50 states. Knapweed likes sandy soil, ponds and rivers, gravel fields, pastures, bike paths, and roadsides. Basically everywhere. And when they proliferate, they start wiping out native plants.

That’s why the Watershed Partnership stays busy every year pulling them manually, with gloves. They’re rumored to have carcinogenic qualities, and they have caused rashes in some people. Herbicides are also said to be effective on them.

But they’re stubborn and they’re hardy.

“The fight against them,” says Hanson, “is never-ending.”