A New Neighborhood Bar, and Praise for Marquette’s Wintertime

“A fun and cozy place where people can relax”

IT’S BEEN TWO years since Fat Boyz in Trowbridge Park closed down, but the bar/restaurant will soon be reborn as Roses’ Dugout.

Marty and Sandy Rose, longtime locals, are the owners. She’ll be running the place, he’ll be helping out. He’s the brand manager at Fox Marquette.

“Years ago, this is where I used to come after softball games,” Marty says. “We want to bring it back. The community wants it.”

They closed on the building last month and they’ve been busy renovating it with a work crew ever since. Their hope is to open it in February. Fortunately, they already have a liquor permit–that’s what has often delayed the opening of other bars and restaurants.

The entire interior of the restaurant is being redone, including the floor. The exterior won’t be painted until the spring, but a new sign will be installed and an American flag will go up before they open.

What’ll be on the menu? Bar food and beer, including local brews.

Nothing fancy, nothing pretentious.

“We want it to be fun and cozy, a place where people can just relax,” Marty says.

Other neighborhood restaurant/bars–Coco’s, the Bayou, Root 41, and Fat Boyz–have failed in recent years. The Roses are determined to break that trend. 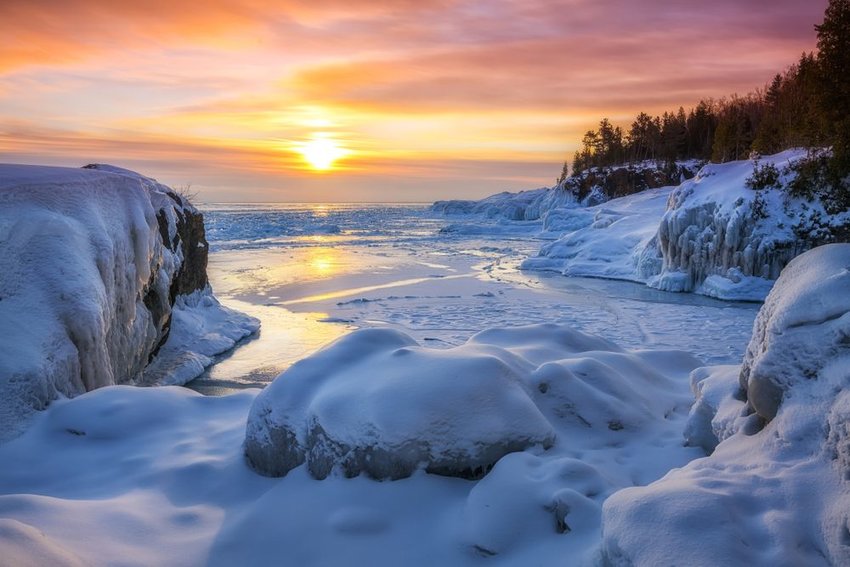 Who cares if it’s cold?

IS MARQUETTE REALLY better in the winter than the summer?

That’s the contention of a recent article in the travel blog, The Discoverer. The article is titled “Five U.S. Beach Towns That Are Better in the Winter”.

Quoting: “…if a winter wonderland is what you’re looking for, look no further than Marquette….the town’s Presque Isle Park is the perfect place for exploration along the coast…After the sun sets, keep your eyes peeled for the Northern Lights…”

Sounds like a delightful place to visit or live, although the author leads you to believe that the Northern Lights are shining in all their glory on most winter nights. Not true. Not even close to true.

And is Marquette really better during the five months of winter than it is during summer and fall? Most of us would say no, but what the heck, we’ll gladly accept the praise. And you’ve got to admit, it may sometimes be uncomfortably cold here in the winter, but it sure is pretty.