A New Owner of the Old JC Penney Store

THE MOSTLY EMPTY Westwood Mall is about to get a new neighbor in the old, vacated JC Penney location.

And no, it’s not a new department store or sporting goods shop or homeless shelter or coffee shop or….

It’s the Northiron Church, which is based in Ishpeming, but with a growing membership in Marquette.

“The previous owner of the mall contacted us more than a year ago,” explains Assistant Pastor Travis Ryan, “and when the new owners (Kohan Retail Investment Group) bought the mall, we continued those negotiations, and we’ve just closed on it. Mr. Kohan (Michael Kohan, the mall owner) is known for making creative use of spaces.”

And this is clearly a different use of what was, at one time, 35,000 square feet of retail space.

A little background here: Northiron actually bought more than six acres of empty property adjacent to the Penney property more than a year ago with the announced intention of building their new church there. Hasn’t happened yet, and may not happen at all with this new acquisition.

Demolition of the interior of the Penney space is expected to begin within a few weeks, according to Pastor Ryan. The further hope is that the church will begin holding services there by this fall, or by the end of 2020 at the latest. RG Design of Marquette is doing the architectural planning for the conversion of the space. It’ll be a challenge.

It’ll include a sanctuary for up to 600 parishioners, along with other offices and rooms. The primary entrance for the church will be from the parking lot on the east side of the old Penney store , but there will also be access through the mall. 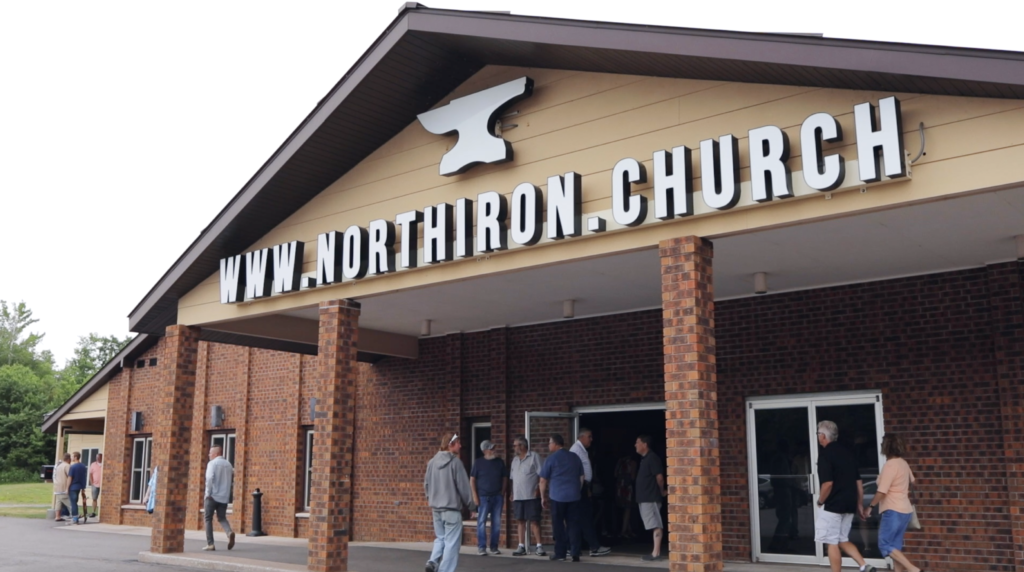 Average attendance at the Northiron Church in Ishpeming is 600.

Northiron, unlike some church congregations, is growing, under the leadership of Pastor Mark Broberg. It’s an Assemblies of God church. Average Sunday attendance at the Ishpeming campus is 600, according to Pastor Ryan, and last year, the church started conducting services at a second location–North Star Academy–in Marquette Township.

Average attendance there has been 150. “But the gym is full and the parking lot is full,” says Pastor Ryan. “Some people tell us they haven’t been able to find a parking space, and they just go home. We need a bigger space.”

Well, they’ll have it at the Westwood Mall, along with ample parking.

The question for the mall now is, What’s next? There had been some speculation that the mall, apart from Kohl’s, might be razed to make way for an entirely new development. Sure seems a lot less likely now, given the money that Northiron is planning to spend.

Occupancy at the aging mall remains a problem, with fewer than ten tenants, and that includes a bridge club. It seems less and less likely now that the mall will be revived as a retail hub, and much more likely that it will be transformed into a distinctly “mixed use” development.

Shoppers may not be thrilled with the prospect, but the growing Northiron congregation surely will cheer the news.