Yep, they’re coming to town by the end of May at the site of the old taco restaurant that shut down a couple of years ago after just a few days. And the new owners, Tom and Amie Nolan, are keeping the same name, Taco Primo, but with a different logo.

A full Mexican menu, Amie says. Enchiladas, burritos, and a lot more. Seating inside and out.

They’ve hired 13 employees already. They’ll be open from 11 until 7, seven days a week, at least during the summer.

The Nolans are local, by the way. Tom’s a State Police Sergeant, Amie’s the former manager at Bay Furnace Bagels, with plenty of previous experience in business and food.

They’re just the latest participants in the revival of downtown Munising. 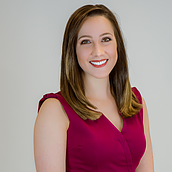 Management has named  morning anchor Vicky Crystal’s successor: it’s Sarah Blakely. If the name sounds familiar, it’s because she worked as TV6’s Houghton reporter until she left a few years ago for gigs in Sioux Falls, South Dakota and Little Rock, Arkansas.

In other words, she’s kinda like Vicky Crystal who’s leaving TV for the ministry. By the way, Sarah will be joining Jennifer Perez, another TV 6 alum who left for a few years, then recently returned to join the Morning News as meteorologist.

What the hell? Must be the big bucks luring everyone back.

Blakely joins the staff next month, but won’t fully take over as morning co-anchor until Vicky leaves at the end of June. 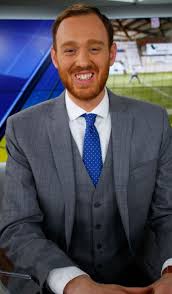 ANOTHER CHANGE IN TV 6’s newsroom.

Andrew LaCombe, yet another TV 6 alum who left and then came back, has gotten a substantial promotion.

He’ll continue as the morning co-anchor but also take on duties as assistant news director. He’ll be lending a helping hand to Steve Asplund, who’s not only the ND but also the 6 pm anchor and the anchor for the brand new 5 pm newscast.

“There’s just too much stuff on Steve’s plate,” Rhoades says. “Andrew’s going to take over some of those duties, and he knows social media really well.”

And it’s a fair guess that when the workaholic Asplund finally decides to retire (say, at age 103), LaCombe will be there to take over the reins. 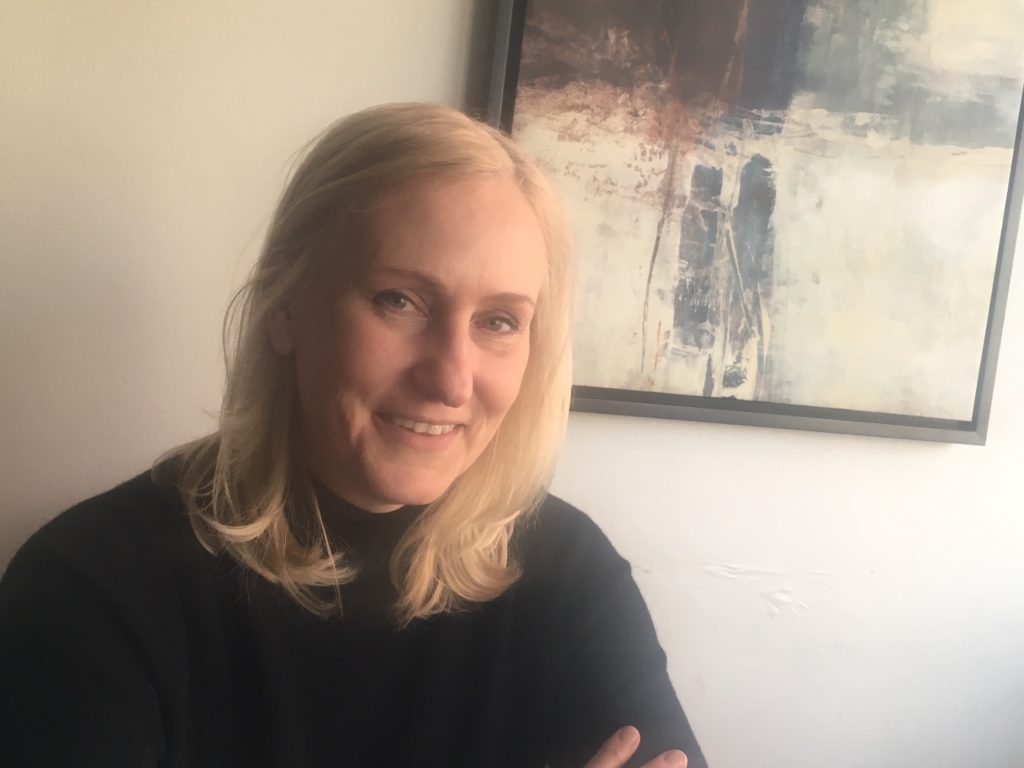 SUSAN ESTLER HAS been getting her feet wet…literally and figuratively…for the last several weeks.

She’s the new executive director of Travel Marquette. She comes here by way of Pennsylvania and Florida. Seventeen years in the destination marketing business.

Now, a different locale. She’s busy learning the region and the players. She snowshoed for the first time a few weeks back.

First impressions? “There’s so much happening here,” she says, “but I’d like to broaden the scope of marketing, and focus on making us a more appealing destination for families.”

Not to de-emphasize the county’s appeal to kick-ass adventure-seekers, she assures you, but to roll out the welcome mat, as well, to the younger, tamer folks, along with their moms and dads. 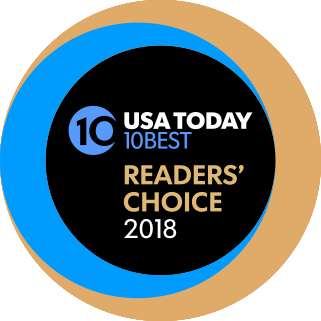 SPEAKING OF ADVENTURE in Marquette.

Get out there and vote on the USA Today site so that, just like with the Hockeytown vote, we can say “We’re number one!”

“I’VE BEEN SEDUCED by Marquette.”

The words of Breesa Culver, one of the three out-of-town “creatives” serving a three month creative residency in Marquette.

Culver’s from Portland, Oregon and has also lived in Barcelona, London, and Costa Rica, but there’s something about Yoopers that attracts her.

“It’s their resiliency,” she says, “and their friendliness and their willingness to help you.” Now she needs their stories.

She’s based at Ampersand downtown and can also be reached at MidwestMysteriesPodcast@gmail.com 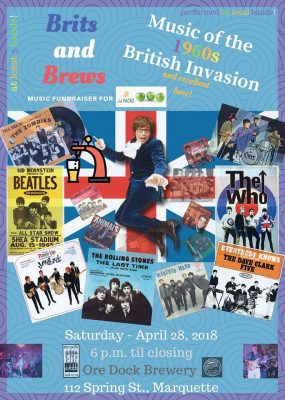 REMEMBER GERRY AND and the Pacemakers? Herman’s Hermits? The Hollies? Or their better known brethren, the Beatles and the Rolling Stones?

Together, along with a handful of other groups, they were known as the “British Invasion” back in the late Sixties. They dominated the song charts in the U.S.

Well, they’re coming back, sort of, this Saturday at the Ore Dock. “Brits and Brews”  is what they’re calling it. Six bands playing the British hits from the past, while serving up Ore Dock brews and food from the Co-op.

And your $10 donation will go to JJ Packs, a local charity that contributes food to local kids who need extra groceries on the weekend.

Music, nostalgia, beer, and inexpensive philanthropy. You’d be hard-pressed to find a better way to spend your time and money this weekend.