A Nickel Deal, Another Bank, and Kids on Bikes

He wanted to fight it because he thought he was right, but Wooden Nickel owner Stan Plis ultimately decided to accept his fate, and punishment… a 60-day suspension and a fine. Meeting yesterday with the Michigan AG’s office, Plis felt he’d made his point, but it was time to move on.

What point exactly?  Plis contended that he wasn’t breaking any laws because the restrictions weren’t actually laws.  That’s one way to look at it.  Unfortunately that’s not the way the attorney general’s office looked at it.

Based on the Covid-19 regulations put in place by the governor, the Wooden Nickel was charged with violations including; failure to require face masks, too much occupancy and staying open later than allowed.

Reading the writing on the wall, Plis came to an agreement with the Attorney General and was able to limit the damages.  With that, he claims a little vindication.  “At least they didn’t close us down.”

Plis indicated that the Wooden Nickel will serve the suspension, pay the fine, and be ready to reopen… probably around mid-April.

There’s a hearing today to finalize the agreement with the various parties involved, but as far as Plis is concerned, he’s already focused on reopening.   He says they’ll be ready.  “We want to be here for our friends and neighbors and everybody who enjoys this place.

“We’ve used the time off to make some improvements and we’re looking forward to a having a good summer.”

Lesson learned?  Let’s hope so.  Sometimes it’s best to go along, to get along.

Just what we needed, right?  Another bank?

Apparently, that’s what the folks at the Upper Peninsula State Bank think.

That’s their new building going up next to Outlanders, in the spot previously occupied by Burger King on West Washington.

What the future home of U.P. State Bank will look like in Marquette

A quick count shows no fewer than a dozen banks and credit unions currently serving the city. So exactly how do you decide to jump into what appears to be a very competitive market?

Already well-established and growing in Delta and Dickinson counties, bank president David Williams sees “a natural progression of that growth” into Marquette County.

“Everyone understands that the Marquette area is growing, so this is an opportunity for us to participate in local investments and provide new alternatives.”

And the presence of a university is particularly appealing.  “NMU provides a steady stream of talent, innovation, and investments,” says Williams.

Not coincidentally, NMU grad Andy Herro is penciled in to run the new branch. “Marquette is my home.  So while I’m excited to be a part of the team here, I’m even more excited to bring our brand of banking to the area.”

Williams thinks Herro is the right person for the Marquette post.  “We believe in a customer-centric banking model and local decisioning.  Andy’s relationship-banking style, energy, and personality are a perfect fit with our culture.”

The photo above is of the Gladstone branch, so picture something like that on the corner of Rublein and West Washington.

Yes, another bank… banking on Marquette!  Nothing wrong with that.

Long winters, cold temperatures, a national pandemic, and multiple screens calling out for attention all add up to kids spending too much time inside, collecting dust.

Studies have shown that the average American child spends as much as 7 hours a day in front of a screen, but only 4 to 7 minutes a day in unstructured play outdoors.  Sound familiar?

Screens make for great babysitters, but at what cost?

It’s well known that the lack of physical activity can lead to obesity, but spending too much time indoors, out of the sun, also deprives the body of vitamin D, which helps protect young people from heart disease, diabetes and bone deficiencies.

Here’s the flip side… according to a report in healthychildren.org, physical activity can improve a child’s mental and behavioral health, increase enthusiasm and optimism, and can also boost self-esteem, school performance, attention and behavior. It also reduces anxiety, tension and depression. And it can be a catalyst in fostering new friendships.

But just telling your kids to get out of the house doesn’t always work.  There needs to be more, like what to do once you’re out there.  Enter… the local cycling scene.

While boomers grew up on bikes, today’s youth may need a little push.  But typically, once the pedaling starts, a lot of kids hit the trails and don’t look back.

The Marquette area has a number of different cycling groups available to kids of various ages and skill levels.

Start the Cycle is heading into its ninth season working with area youth interested in biking, with particular emphasis on at-risk kids.  Laura MacDonald and a core of mentors and volunteers use Start the Cycle to give kids a framework for learning new skills and expecting positive outcomes.

“Our goal for Start The Cycle is to offer kids the opportunity to become an important part of our biking community,” says MacDonald.

Program goals are focused on team-building, the development of social skills, promoting physical activity, and getting outdoors.

According to MacDonald, Start the Cycle does more than just work with its own members.  The program also wants to be an important part of the local cycling community.

“As we head into the season we are looking forward to teaching the kids all about maintaining their bikes, training for racing and continuing our work as Trail Ambassadors for the Ore To Shore Epic Mountain Bike Race.”

“Since joining he has found a group of friends and cheerleaders! Prior to meeting this team, he really struggled to find friends who he could be himself around without judgment.” 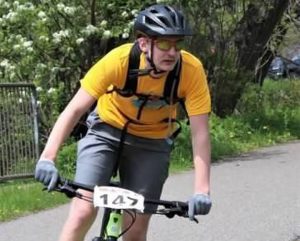 Mutersbaugh cites Joshua’s progress from participant to leader.  “He graduated from MSHS last June. This season he is returning as a junior mentor, helping to welcome in new members.”

Achievement through effort, with the satisfaction of accomplishment.  And a lot of fun.

For more information go to startthecyclemqt.org

Debbie Leaf is the local director of a mountain biking program called Little Bellas.  It’s targeted at girls ages 7 to 18 with the mission of helping young women reach their fullest potential through cycling.

Featured in the winter edition of Yooper Goddess magazine, Leaf credits the program and its local leaders with making a difference in the girls who participate. 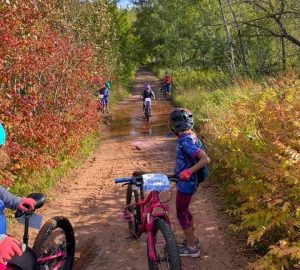 “You can see their confidence grow by leaps and bounds from their first ride to their last.”

Currently serving Marquette County, Leaf hopes the success of the program can spread to other areas.  “I can see this growing across the Upper Peninsula.”

For more information go to:  littlebellas.com

Todd Poquette is Director of Adventure for this group that also targets youth development as one of its goals.

“Were a local non-profit committed to empowering people to discover the best version of themselves through outdoor adventure,” says Poquette.

In addition to establishing healthy habits, 906 Adventure encourages the discovery of new friendships while building resiliency and pursuing an activity that’s more than a sport, but rather a good part of a lifestyle. 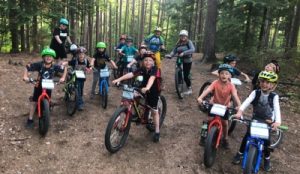 If those events sound extreme, it’s because they are.  The weak of heart, head, and heel need not apply.

A full field extreme event is the end product of working with interested kids who find more joy outside, pumping the pedals, than they do inside, manipulating the mouse.

For more information go to:  906adventureteam.com

4-wheelers/ORVs and motorbikes race on a 1/4-mile ice track with racers of all ages.

$5 donation per carload for spectators.

If you have an upcoming weekend event that you’d like to see mentioned here, send your info to doug@wotsmqt.com