LOOKS LIKE THE vacancy at the Great Hunan Chinese Restaurant on US 41 may not last much longer.

It’s not a done deal yet, but the owners of the Thai House and the Teriyaki Bowl are negotiating with the landlord to locate a restaurant in the space vacated by the Great Hunan.

They’d been looking for a place downtown but it appears they’ve found their third location on US 41.

Assuming the deal goes through, they won’t be opening up for at least a couple of months. 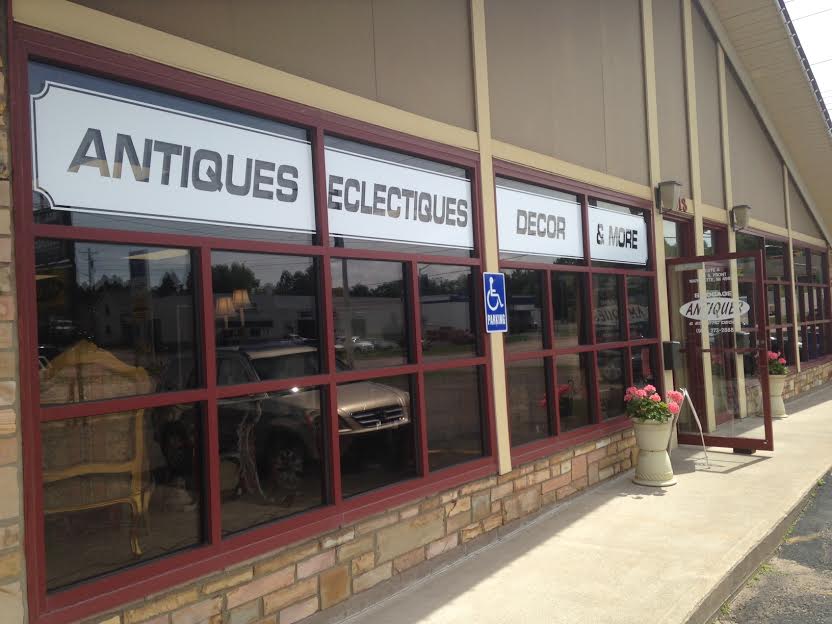 MARQUETTE HAS A new antique store. Actually, it’s a relocation.

Birdcage Antiques has opened up on US 41 in south Marquette, just south of Huron Mountain Bakery. The store had been located on the highway in Negaunee.

Why the move? One of the owners, Richard Hennessy, gives three reasons: 1) Marquette needs more antique shops  2) Traffic on US 41 near the new shop is a little slower than it was in Negaunee along the highway, so potential customers are more likely to stop, and  3) The new store is just three blocks from Hennessy’s home. 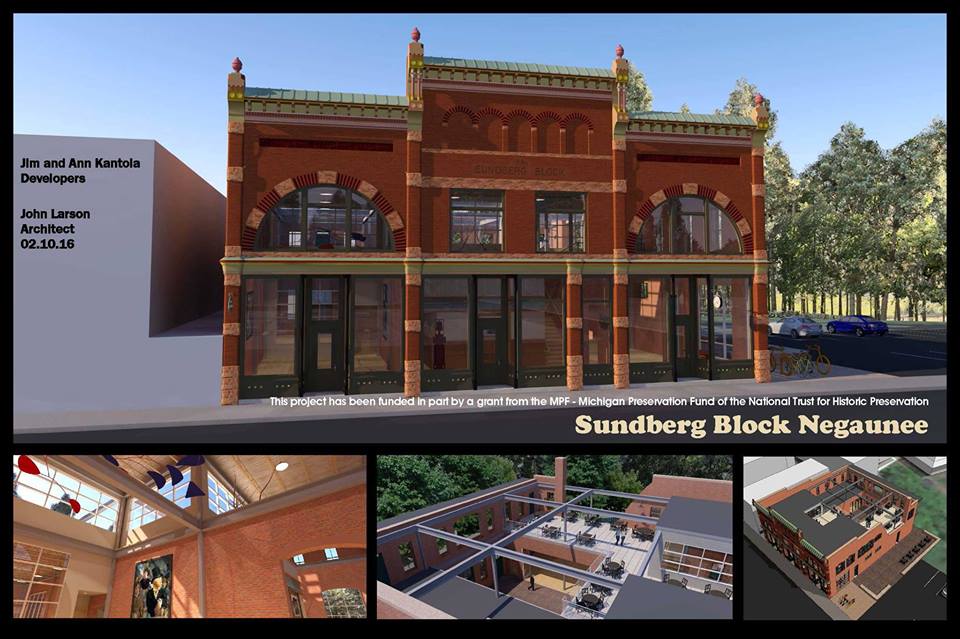 MARQUETTE HAS A few microbreweries, Ishpeming has a couple, and Harvey has one…So what about Negaunee?

Well, if developers Jim and Ann Kantola have anything to say about it, the Upper Peninsula Brewing Company will eventually call the historic Sundberg Building in downtown Negaunee its new home.

They’re now taking bids on cleaning up and shoring up the abandoned building which at various times in its history has been a cannery, a pool hall, a bar, and a teen center. Deadline for the bids is this week.

The Kantolas, who have successfully developed other properties in Negaunee, expect to get a Department of Environmental Quality loan to fund the clean-up. After that, they plan on the remodeling of the Sundberg.

They’ve already come up with an architectural design.

They’ve set up a kickstarter site, as well, but that’s mostly for marketing purposes.

Is this all a pipe dream? Skeptics have doubted the Kantolas in the past, and they’ve come through. We’ll see about this project–their most ambitious yet. 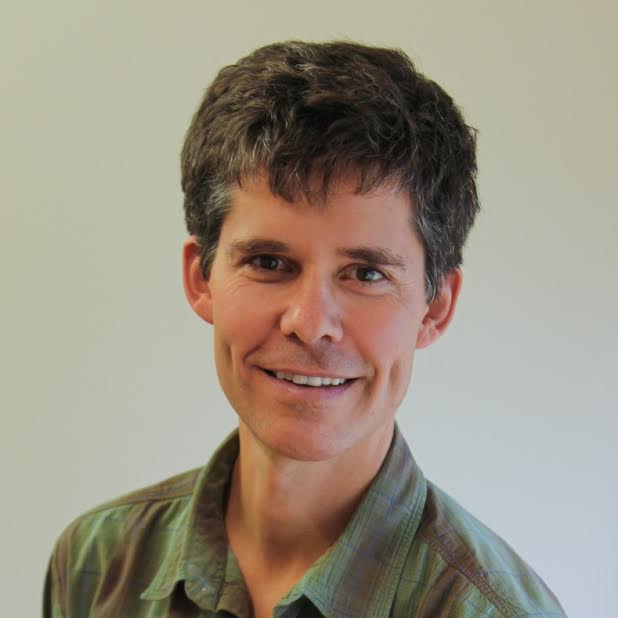 A COUPLE OF years ago, Dr. Scott Doughty started a medical practice in Harvey that was unique for this area: It was both a concierge practice and holistic.

A concierge practice is one that sets a flat rate for a year and allows the patient unlimited visits. It’s not covered by insurance but it’s become increasingly popular  because patients want doctors who know their medical history, take time with them in appointments, and allow unlimited appointments.

Well, that’s been a bit of a problem for Doughty.

First, he was charging only $1500 for the yearly fee, and some chronic patients were calling him weekly, which took away time from his other patients who just came in for individual appointments.

He’s now raised the flat fee to $2000 a year, which he says is still less than the average national concierge rate of $3000.

But more important, what he’s found after two years is there are many more patients eager to set up lengthy individual appointments–$350 for the first one, $200 for follow-ups–because of his emphasis on a holistic approach.

He’s a fully certified MD and he does prescribe medications, but far more important, he says, is genetics, environmental exposures, diet, nutrition, and possible triggers for illnesses. 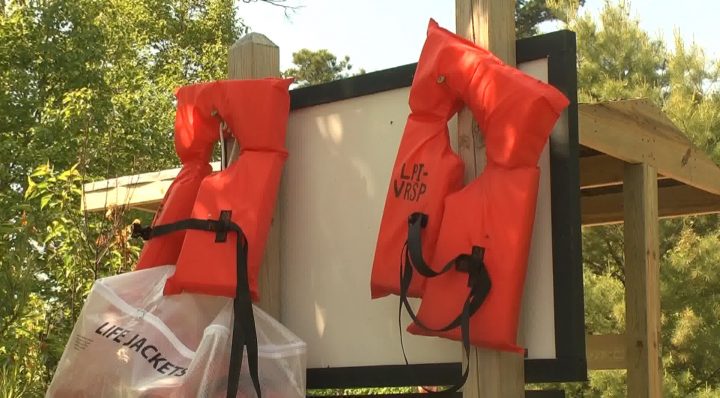 WE ALL HEARD about the tragic drownings out at Little Presque Isle a month ago. And some of us heard about the safety stations–complete with life preservers, rings and ropes–that were set up shortly after the drownings.

The back story of how it all came about is instructive.

After the drownings, Eric Smith, the general manager of WNMU, got on the phone with Jim Reevs, the publisher of the Mining Journal, and said, “We’ve gotta do something about this. We can’t be having drownings at Little Presque Isle.”

He got on the phone with Dan Perkins of Dan Perkins Construction in Ishpeming and said, “Dan, can you help us?” 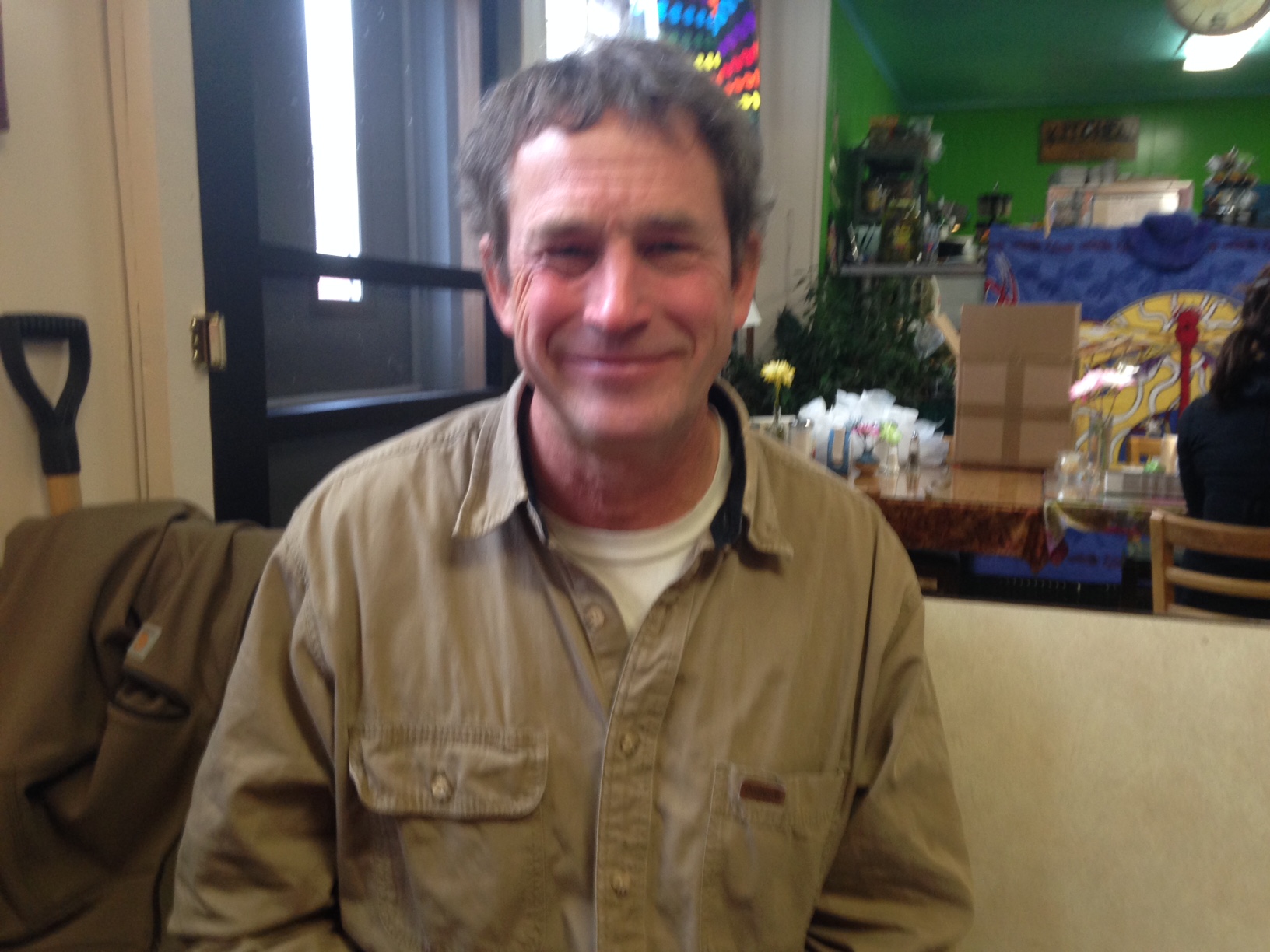 Perkins said he’d get on it. He met with several Lions Clubs in the area, collected donations for materials and pulled together a work crew. They bought the materials at  reduced cost from Cattrons Lumber in Negaunee, and Perkins, himself, donated the metal roofs for the safety stations.

Then they got to work. Less than two weeks after the drownings, they had the safety stations up and operating.

UP Health System, the DNR, the Fire Department, and NMU also kicked in with some help but the point is this: It took a few highly motivated, can-do people to get something done.

No delays, no government bureaucracy, no need for corporate approval.

A final point: Local fundraisers will tell you, if you need help with building supplies for community projects, good luck dealing with Lowes and Menards. The employees are great but corporate policy makes local donations difficult, if not impossible.

Better to seek help from the locals. What else is new?