The Ball is Back, and the Spectacle is Better than Ever

THE BALL DROP is back for New Years Eve in Marquette.

And it’ll be a new ball dropped from a new building.

You can thank the Double Trouble boys and the Downtown Development Authority.

A couple of weeks ago, JP Electric announced that, after a few decades of conducting the ball drop from the Savings Bank Building–on a purely voluntary basis–it was pulling out. The crew was getting old, the process seemed just a little risky, and it was time for somebody else to take over.

Bill and Pat Digneit, who’ve become synonymous with entertainment in Marquette, asked the DDA if their company, Double Trouble Entertainment, could build a new ball–bigger and better than the old one–and drop it at midnight from the top of the Masonic Square building.

The DDA said yes, absolutely. Thanks for stepping forward.

Granted, the ball drop won’t be quite as steep as before but the Digneits promise that the entire event, complete with music, will possibly be more fun and more spectacular than ever. It fits in nicely with the fact that they’re putting on a New Years Eve party at the Masonic–all the proceeds of which, by the way, go to charity.

Over the years, the Digneits, who just recently bought the Doghouse, have proven themselves to be not only astute businessmen, but also vital contributors to the community. All you can do is applaud.

One more thing: The new location will require that only one block–on  Washington-be blocked off. Front Street will remain open. Much simpler with a better traffic flow.

Two months before the party starts. 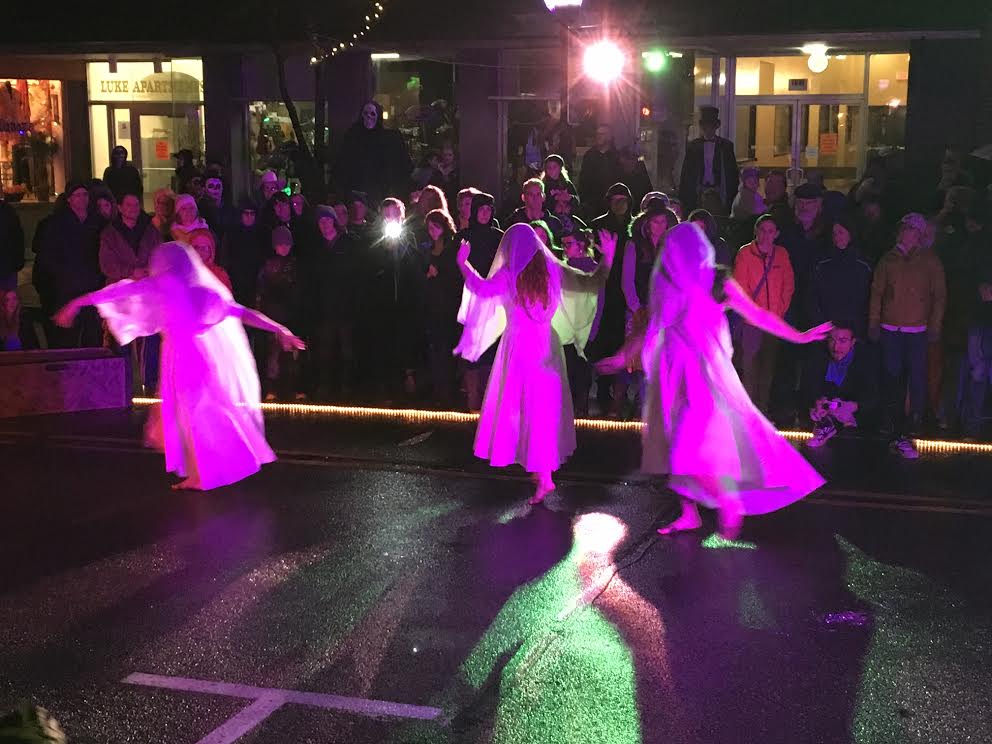 The Halloween Spectacle continues to astonish.

It was started five years ago by a few groups and individuals who wanted to combine their efforts and talents into one big….Spectacle.

It’s become just that–a street party with two hours of diverse and often spectacular fun provided by more than 100 performers who volunteer their time, their talents and their costumes for the event.

It’s gotten some financial help from the DDA, the city, and even the state, along with some merchants, but what’s remarkable about the Spectacle is that it was started by the people. People with a vision.

In these toxic, cynical and polarizing political times, it’s refreshing to see that people power can actually make a difference.

The Halloween Spectacle filled the street and sidewalks downtown on Saturday night with smiling and wonder-filled revelers in spite of the dreary weather. Corny though it sounds, it made you realize once again why Marquette has become such a special place.

You got news? Email briancabell@gmail.com.