Barrel and Beam Prepares to Brew, Parking Meters Bring in Cash, Mine Closure Not So Bad, Entrepreneurship Up, One Woman Bakery Is Busy, Change at WJMN, Snow Guns Ready at the Mountain, and a Free Meal Downtown

BARREL AND BEAM will be brewing up its first batch of beer next week.

No, you won’t be able to drink it yet.

Nick VanCourt and Marina Dupler, the husband and wife team who own Barrel and Beam, plan to open the niche brewery the week between Christmas and New Years. Note the word “plan.” Unexpected delays can occur.

Still they’re ready. They’ll be brewing four farmhouse and barrel-aged ales for distribution to about 50 stores and bars around the central UP and in the Green Bay area. Nick describes the beers as dry, aromatic, and Belgian-influenced. They’ll sell for $4.50 and $5.50 a bottle.

Additional brews will be available at the brewery itself which was the home of the former Northwoods Supper Club.

It’s been a major remodeling project. The building, dark and dreary, had been gutted. 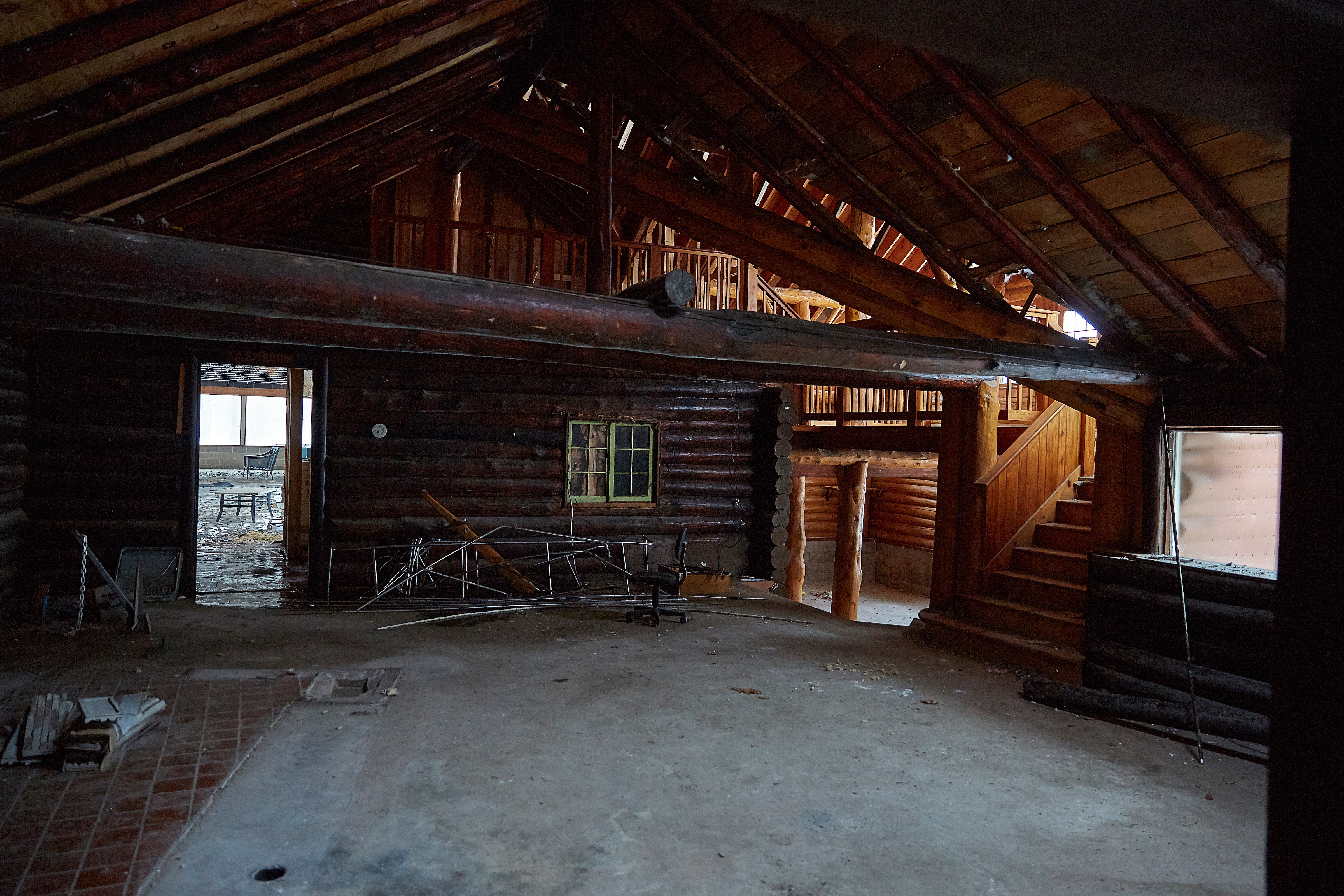 But the bones of the old Northwoods–the timber–remain. The overall feel of the place now? Woodsy, airy, rustic, classy. Kinda makes you want to sit down and have a beer.

Initially, Nick and Marina will open Barrel and Beam to the public only on Saturdays. But by spring, they expect to open it on Fridays, maybe even Thursdays, as well.

A huge project, especially for two young people, both graduates of NMU. A huge investment to the tune of two million dollars. Mbank, their financial partner, has shown a lot of faith in them.

We’ll soon find out whether that faith will be rewarded. 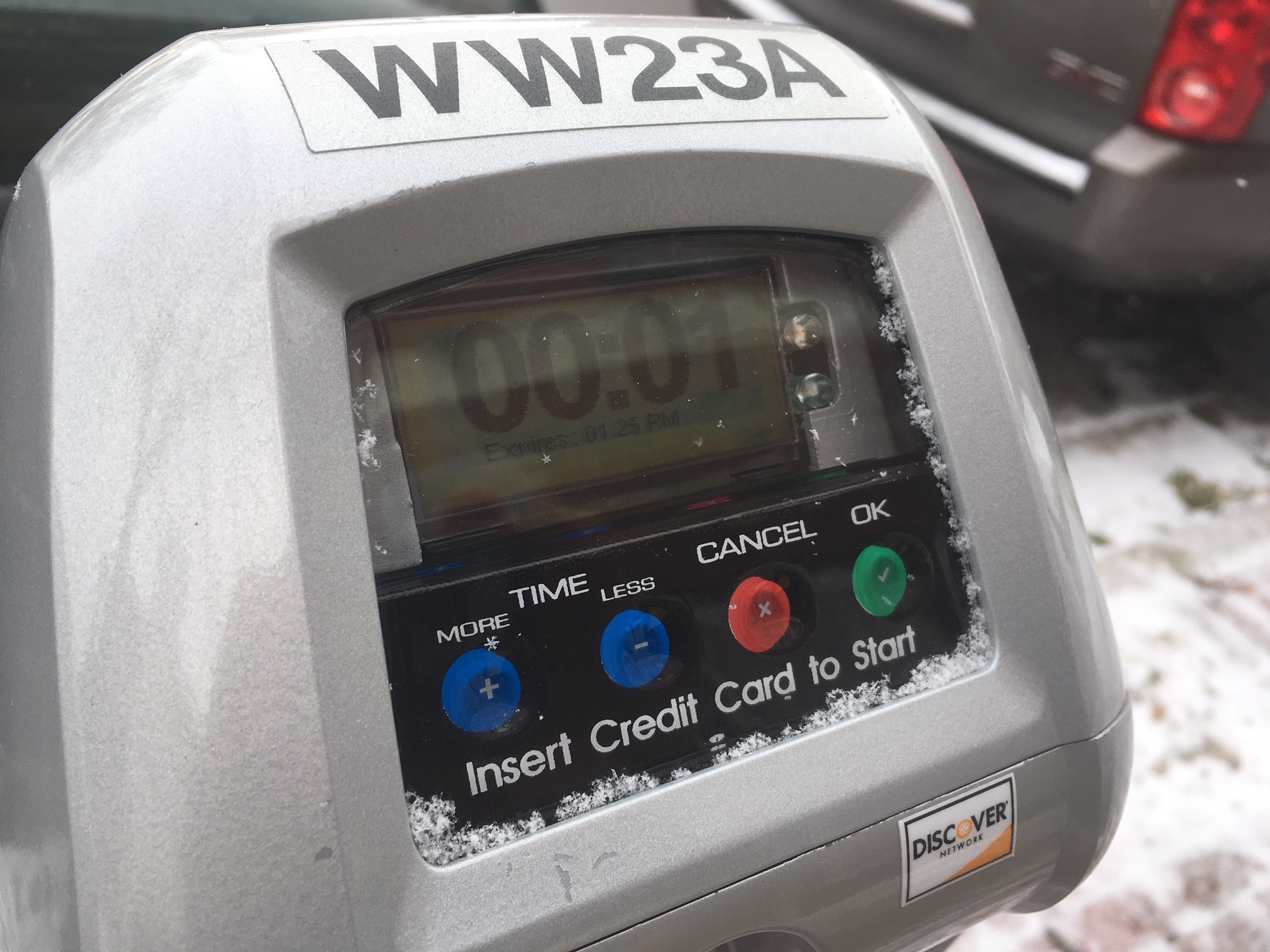 THOSE NEW PARKING meters downtown, all 345 of them, are bringing in big bucks.

But keep in mind, the Downtown Development Authority, which installed the meters, has to pay a $2500 a month maintenance fee for the meters, and it also has to pay for the pay stations and the meters themselves. Those cost $200,000.

So Mona Lang, the head of the DDA, says the meters are bringing in the cash they expected but, equally important, they’re opening up spaces on Washington and Front Streets.

Used to be, those spaces were filled up. Cars just sat there for hours. Made it tough for shoppers. Now Lang says, surveys have shown there’s consistently about a 15% vacancy in the downtown spaces because of the meters. 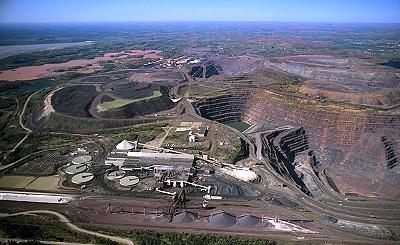 THE OVERALL IMPACT of the Empire Mine closure last year hasn’t been as bad as expected.

That’s the word from Amy Clickner, the CEO of the Lake Superior Community Partnership.

Expectations from the loss of the mine’s 300 jobs was that the county’s unemployment rate would rise to 8%. It’s mostly stayed under 6%.

About 100 of the displaced miners transferred to another Cliffs mine in Minnesota, dozens of others have moved into construction jobs here, and still others simply left the area.

Clickner is hoping the proposed Back Forty Mine in Menominee County will absorb still more of the workers, and also hire the vendors and suppliers who lost business when the Empire Mine closed down. 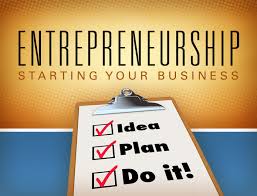 SOMETHING ELSE THAT the Partnership has noticed in the last year.

An uptick in entrepreneurial interest in the county. Normally about 6-7% of their sit-down conferences have been with first-time business people.

Lately, it’s been 10%. Folks who’ve got some plans and some money, and want to open up brand new businesses in Marquette County. 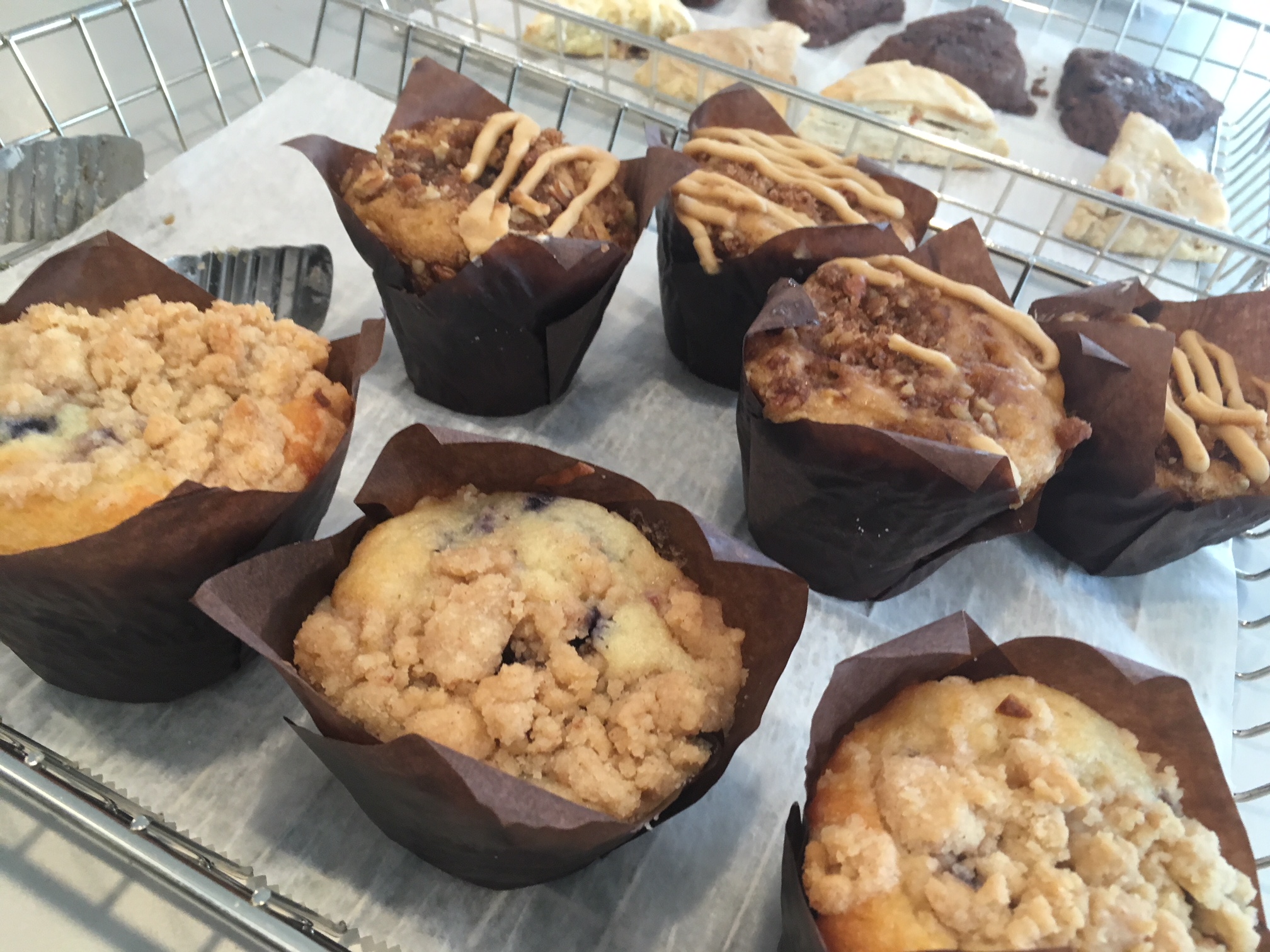 A CLASSIC EXAMPLE? Tammy Carlson of Ishpeming. She’s a grandmother.

She’s got no signs, no logos, no website, and no marketing plans yet but business is booming. She’s now working 60-70 hours a week. She’s gonna need help soon.

“I’d like to hire abused or recovering women,” Tammy says. Women in need of a job and support. That’s why she calls her baking company “Restoration.”

So when’s the expansion? Likely January or February when she can no longer handle those 60 and 70 hour weeks. 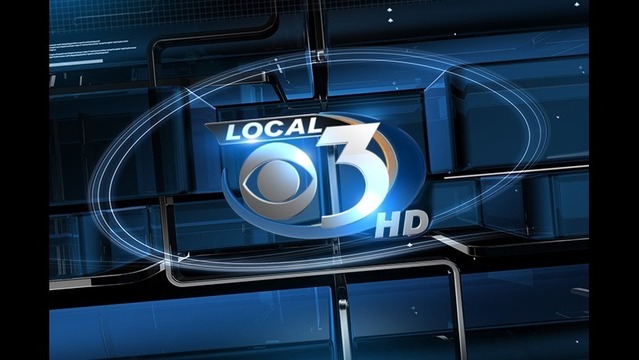 MARK NEBEL, THE longtime Yooper and respected youth hockey coach, has left his job as station manager at WJMN TV.

He and his wife Paula are moving to a warmer climate. Much, much warmer. Like, Honolulu.

Nebel was WJMN’s first hire about five years ago when the station started up. He’s seen it through its growth and its growing pains. 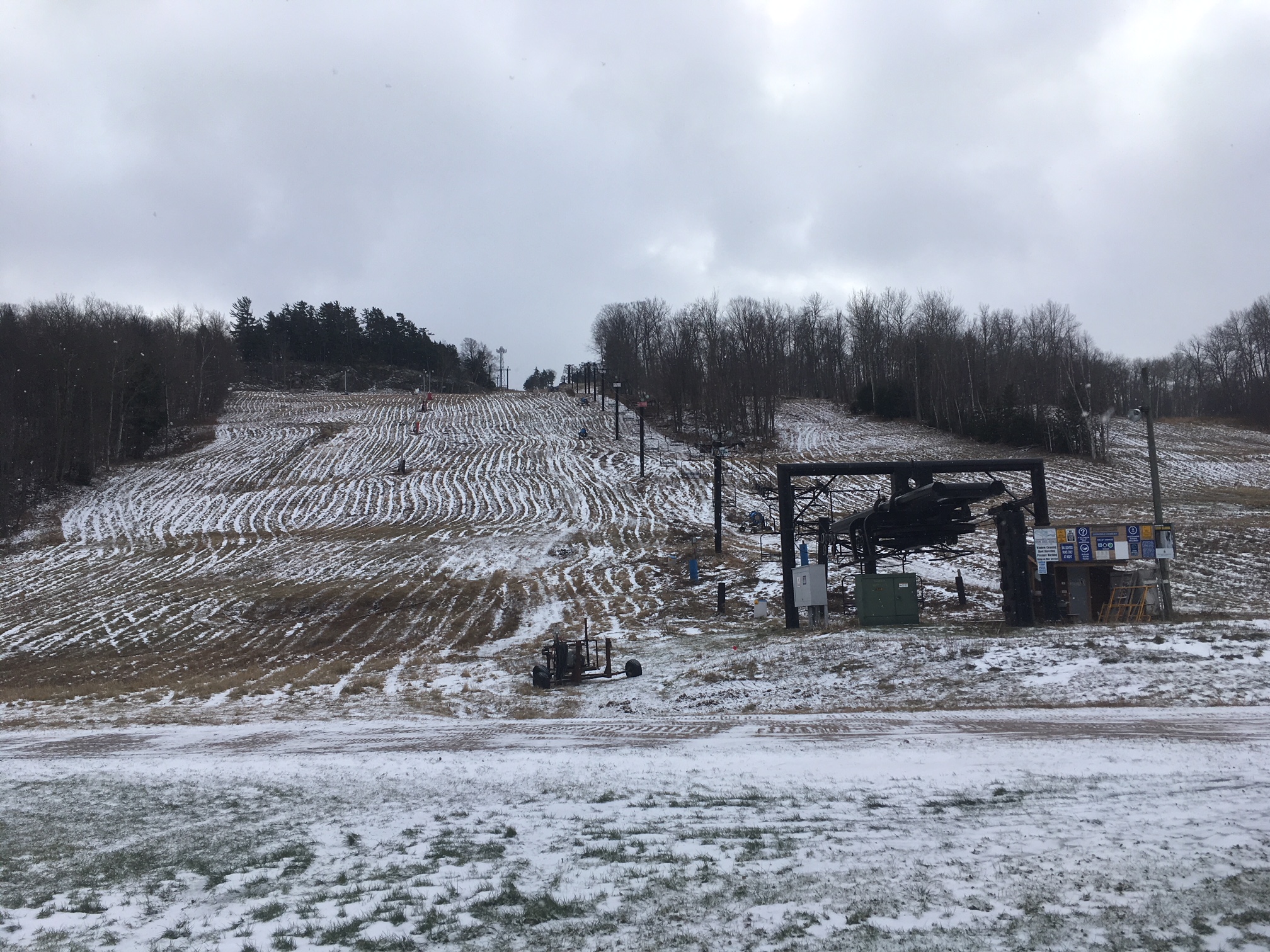 Jessie Melchiori, the general manager of Marquette Mountain, is hoping to finally fire up the snow guns today (Wednesday). What she needs, to open up the mountain for skiers and snowboarders, is five straight days of temperatures in the upper 20s or lower. Or of course, a major snowfall.

Tentative plans (keep your mittens crossed) are for the slopes to open up December 1st.

Seems to be later than it used to be, doesn’t it? But then again,the colors changed about two weeks late this autumn, and we’re getting 29 foot waves on Lake Superior and 60 mile per hour winds along with eroding sand dunes. 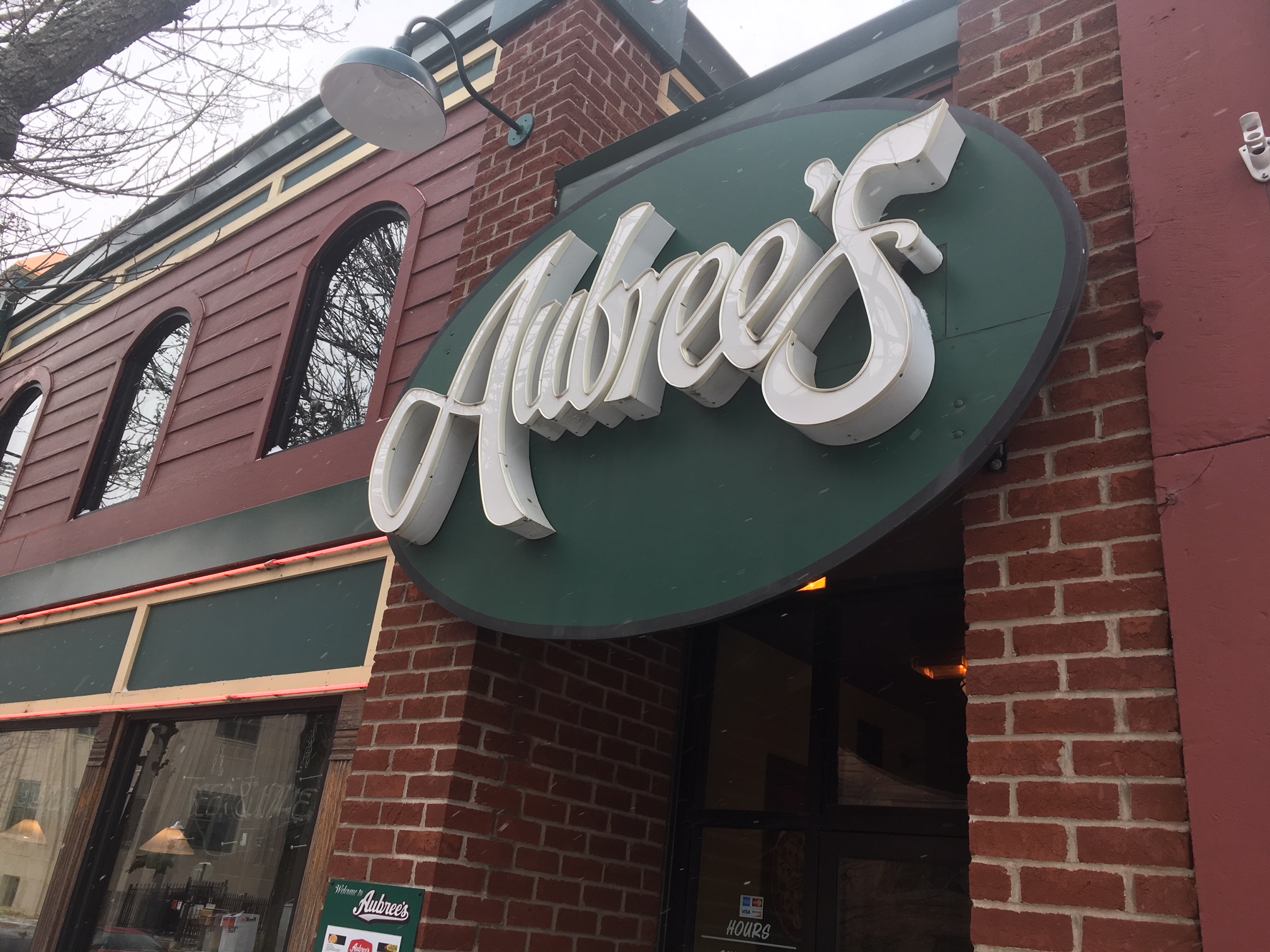 No, not quite. But Aubree’s Pizza downtown will be serving a full Thanksgiving dinner Thursday from noon until 4 pm.

“We just want to give back to the community,” says general manager Aaron Taylor. “The dinner’s for everybody. People who can’t afford a meal, college kids who don’t have the means to get back home, construction workers who are from out of town. Everybody.”

Come on in. Gather round the table. Enjoy a feast. And give thanks.