“WE WILL BEGIN construction before the end of summer.”

The promise of Beacon House CEO Mary Tavernini, who concedes that her group hasn’t quite raised enough money to complete Phase One (with 20 guest rooms) of the project. At one point, Tavernini had insisted they wouldn’t start building until they raised all the required funds. It’s a slight change in strategy, reflecting an eagerness to get started four years after the capital campaign was launched.

To be fair, they’re very close–they’ve raised $2.85 million of their targeted $3 million goal, though they now concede the construction cost will likely exceed $3 million because prices for materials, supplies and labor have all gone up in the last four years.

The general contractor has been chosen: Closner Construction.

Tavernini says COVID has slowed things down for the Beacon House–not only the capital campaign, but also for the two coffee shops and gift shop it runs, along with its temporary program to house families at local hotels.

Tavernini, ever the optimist, anticipates the new Beacon House, adjacent to the hospital, will be ready to open sometime next year. 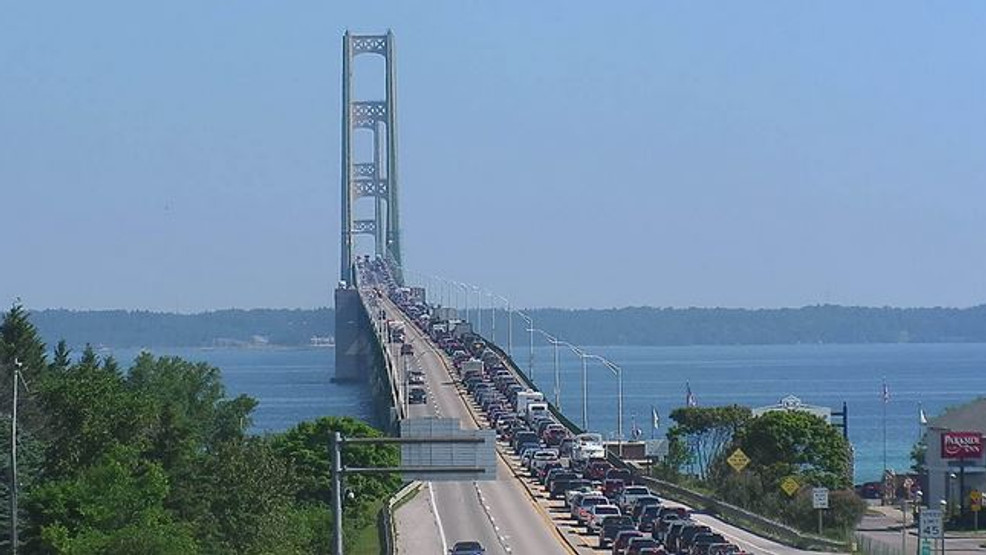 Hopes, and fears, for the summer

WE ALL SAW PHOTOS of the backups on the Mackinac Bridge over the holiday weekend, leading some of us to wonder whether the UP was being invaded by residents from the south.

Nope, much of it was due to construction. we’re told, and according to Travel Marquette, bridge traffic over the holiday was actually only about 85% of what it normally would be.

Still, traffic to the UP has picked up considerably over the last month–a welcome sight for tourism-related businesses who’ve been struggling to stay afloat.

How about this statistic? Tourism revenue for April in Marquette County was down 90% from last April. The final numbers aren’t in yet for May and June, but they’ve been improving–much to the dismay of some local folks who say many out-of-towners aren’t wearing masks or respecting social distancing.

“I haven’t heard from any hoteliers yet about any problems with their guests,” says Susan Estler, the executive director of Travel Marquette.

She adds that any visitors to the Travel Marquette office are being offered free masks if they need them. 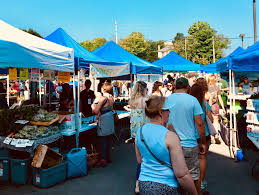 THE MARQUETTE FARMERS Market is not the same as it once was but it’s getting closer.

After five weeks as an “online” market, it opened last weekend as a live, in-person market but with fewer vendors and fewer customers spending less time lingering at the market.

“I think it went well,” says market manager Sara Johnson. “A handful of vendors said they sold out, and people seemed aware of the restrictions and were very respectful.”

New rules include masks, social distancing, and no touching of food until you buy it. In addition, you can’t eat while you’re at the market, and there’s no live music.

Still, it’s a step in the right direction, and Johnson won’t rule out a loosening of the rules if the state decides to further ease restrictions for the UP. 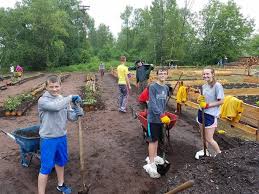 “WE’RE GROWING LIKE mad. We’re producing four to five times as much food as we have in past years.”

The words of Dan Perkins, the founder of Partridge Creek Farms in Ishpeming.

Partridge Creek, a youth and farming nonprofit, now has five community gardens in Ishpeming. In addition, as a fundraiser, it’s built 30 private gardens this spring and summer, although five of them were donated.

The harvested food is being given away to local citizens on Fresh Food Fridays–a way of helping out during the COVID crisis and also showing the community that local gardening can pay off. It can be self-sustaining.

Perkins says much of this year’s successful harvest is due to consultant May Tsupros. “She’s running everything!” Perkins says. Partridge Creek also employs six interns to help run operations which also include classes and workshops on farming this summer.

COVID’s put a damper on almost every business this summer, but for a nonprofit that works mostly outside, keeps kids occupied, and provides free food, it’s opened up opportunities for growth, and Partridge Creek seems determined to take advantage.