AMPERSAND IS NO more.

At least the name “Ampersand” is gone. (Next to the door temporarily is a big question mark.)

The downtown co-working space, which has struggled to stay solvent over the last two years, is being renamed “Campfire Coworks,” and, more important, it’s coming under new management.

The new management team? Keith Glendon, who works remotely for IBM, his wife Clair MacGregor, who will be the operating manager of the space, and Glendon’s start-up tech company, Lucid Coast.

At this point, Glendon has a handshake agreement to take over the space. A formal agreement is expected to be signed in the next couple of weeks. 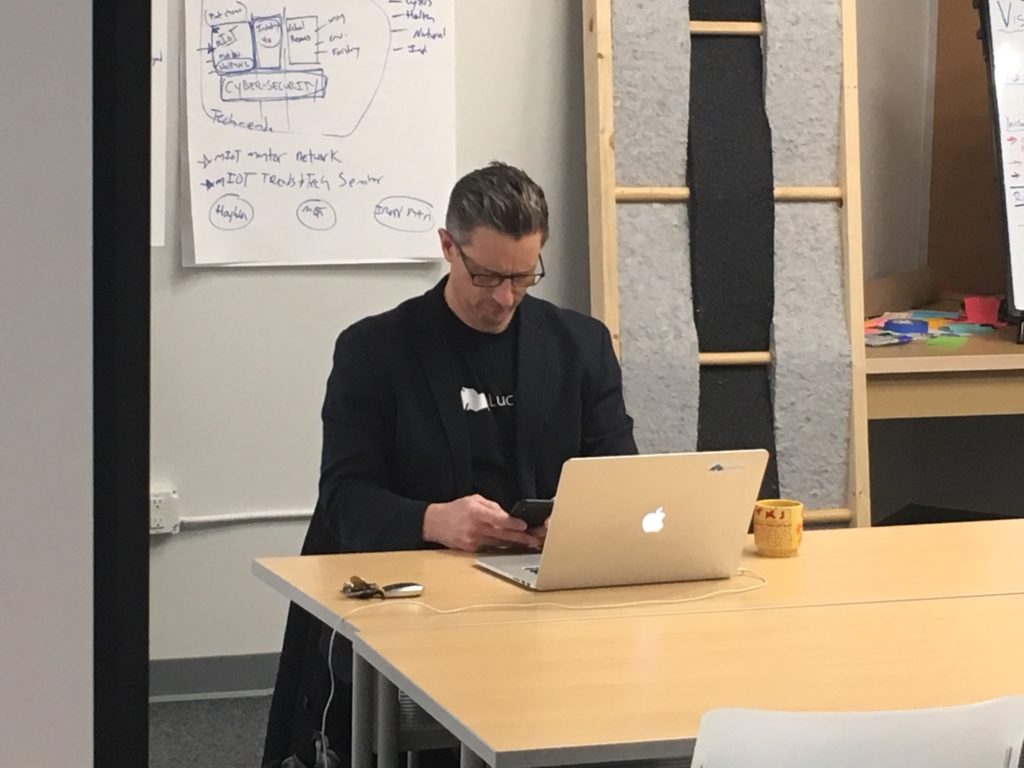 Keith Glendon works for IBM, started his own, small technology business, and now he and his team are assuming management of the former Ampersand.

“We want to re-energize that space,” Glendon says, “and make it a catalyst for the creative and tech communities in town, for the nonprofits, and for all businesses.”

Coworking spaces are rented by individuals, small businesses, satellite businesses, and businesspeople and creatives on the go. They’ve become increasingly popular across the nation over the last decade.

For the last couple of months, the future of Ampersand, located in the Masonic Square, has been in limbo. When the Marquette Chamber of Commerce, which had been managing Ampersand, dissolved back in November, it left the space to the Masonic Square and its business manager, Ryan Engle.

It was an unexpected and unwelcome gift.

Not only was Engle not prepared to manage the coworking space, but there were huge financial considerations. The now defunct Chamber backed out of a 10 year lease that Engle said would have brought in more than $700,000. And, he says, the Masons had spent more than $100,000 in helping to convert the space into Ampersand.

“Ryan and the Masons were left holding the bag,” Glendon says succinctly.

But now, new management and new hope. “We’re hoping this will be a long term solution for the space,” Engle says.

“We’ve got to come up with a revenue model that will work,” MacGregor adds. “We’re not going to get rich here but we’re going to keep it open. And we want to make a fun place to work. Like a community clubhouse.”

Glendon says the long term offices at the coworking space are filled at this point and many of the shared offices and desks are rented out, but there’s still plenty of room for other tenants.

More important, he says, is the need to bring “Campfire Coworks” to life.

“It’s been dead and empty,” he says. “The tenants want an active and collaborative environment. It needs to be more welcoming and open.” 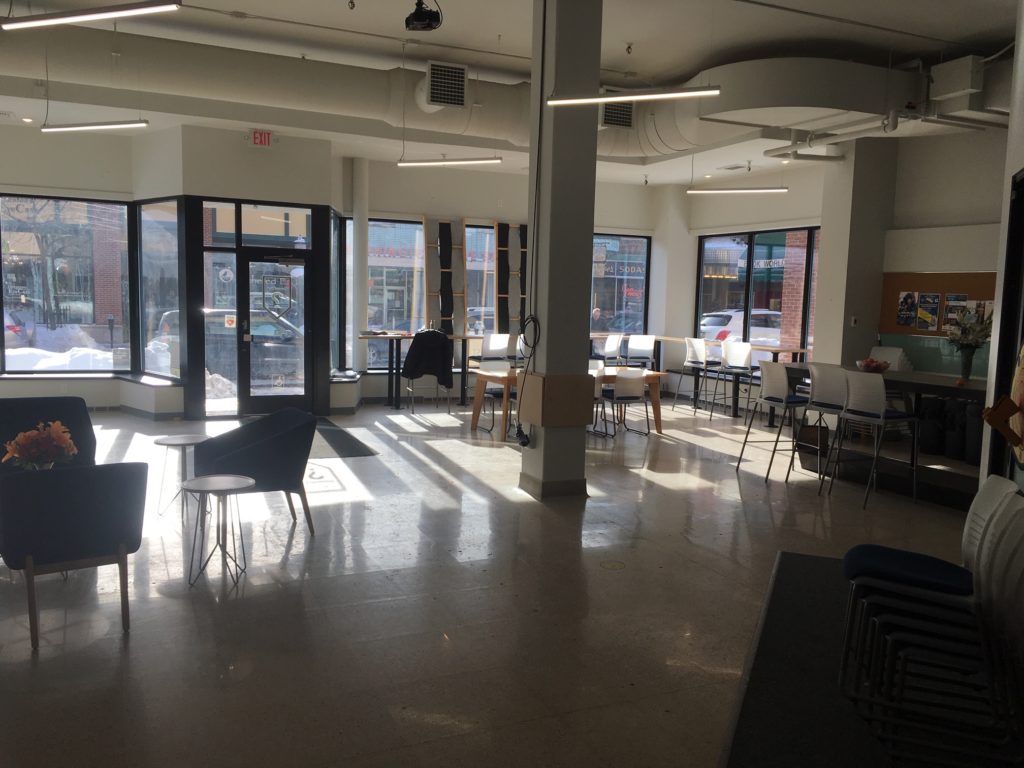 Ampersand has seemed mostly quiet and empty during its two year history.

It’s a good point. Rarely have we seen more than two or three people at a time in Ampersand over the last couple of years. Mostly empty desks and chairs.

Lofty ambitions. But if anyone can achieve them, it’s likely Glendon and his team can. He’s sharp, he’s hugely involved in the community, and he’s been a longtime promoter of Marquette as a center for technology businesses.

One more thing: Why the name Campfire Coworks? Because it’s the UP. Campfires are where we gather to stay warm, where we talk and discuss ideas. And where everyone’s always welcome.