A LONG SIMMERING dispute along Third Street burst into the open Tuesday evening.

Strangely enough, it occurred at a meeting of the usually snooze-inducing Marquette City Planning Commission.

Also turns out, she had filed about a dozen noise complaints against Blackrocks over the last couple of years.

The issue before the commission was this: whether to allow Blackrocks to keep its patio open an extra hour every night–from 10 to 11 pm–so that it could continue serving beer to its customers under the stars.

Seemed like a simple enough request because other bar/restaurants along Third Street had open patios until 11 pm and beyond. Consistency would seem desirable.

But it’s fair to say that a popular microbrewery that features music five nights a week and caters to a sometimes boisterous, beer-drinking crowd might be a problem, especially if you live nearby. And there are plenty of houses and apartments within shouting distance of Blackrocks. 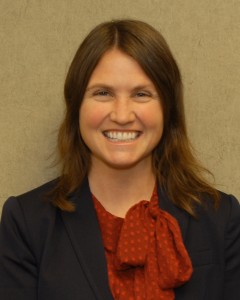 Cambensy opposed extending the hours–and she had support from about two dozen residents who had signed a petition, along with a few others who voiced their opposition in person to the commission.

Bottom line? The commission voted unanimously to allow the extended hours for the simple reason that it would have been difficult to justify forcing one bar on Third Street to close its patio at 10 pm while allowing others to stay open until 11 pm and later.

But the entire issue brings into focus the problems of promoting a vibrant business corridor (Third Street) in a surrounding neighborhood that’s mostly residential.

Seriously, who wants to live next door to a bar? Especially one where the customers bring their beers outside.

The solution, as some have suggested, is to simply move. Seems a little harsh, especially for those who’ve lived in their homes for years, if not decades.

No easy answers, especially in a city that wants to promote a fun, pedestrian-friendly, tourism-friendly atmosphere while also trying to ensure that residents can be comfortable in their homes.

It’ll be up to the Blackrocks owners and employees to keep a lid on the noise–and the other nuisances (drunknness, outside urination, etc)–if they want to keep peace in the neighborhood.