NEARLY TWO YEARS after Book World closed down in the heart of downtown Marquette, the building has finally been sold.

The buyers? Anne White, originally of Marquette, and her partner, Scott Anderson, who together form Buffalo Dragon Investments.

“We’re not absolutely certain what we’re going to do with it,” says White, “or at least it’s not something we can announce yet because we’re still working on it. But I can tell you it’s going to be something very cool. We’re excited about it.”

A few things she can say with certainty. The top floor will become a renovated apartment. And the drop ceiling on the bottom floor will be removed revealing the big, tall, wide-open space that used to comprise the old Nordic Theater. White and Scott have discovered some old theater artifacts inside that they’re hoping to use in the building’s new iteration.

They’d love to install a restored marquee outside–an homage to the past–but they’re not sure if their budget will allow for it.

First, you might recall this was the building that theater folks in town were hoping to buy and transform into a live theater space. Didn’t happen. They didn’t have the money.

Second, if White’s name sounds familiar, it’s because a few years ago, she and her sisters bought and redeveloped what is now the Zephyr Bar building on Front Street. They got entangled in a legal dispute with their neighbors during the renovation but finally finished the job and then, afterwards, sold most of the building. They’ve retained ownership of a condo on one of the floors.

So why buy another building? Because it’s White’s childhood home and they love the city, and believe in its future. They’re now living in Knoxville, Tennessee, but they’ve travelled a lot with their business which is….disposing of nuclear waste.

Which is a far cry from restoring old buildings in the Queen City of the North.

Maybe that’s why they’re so excited about the project. 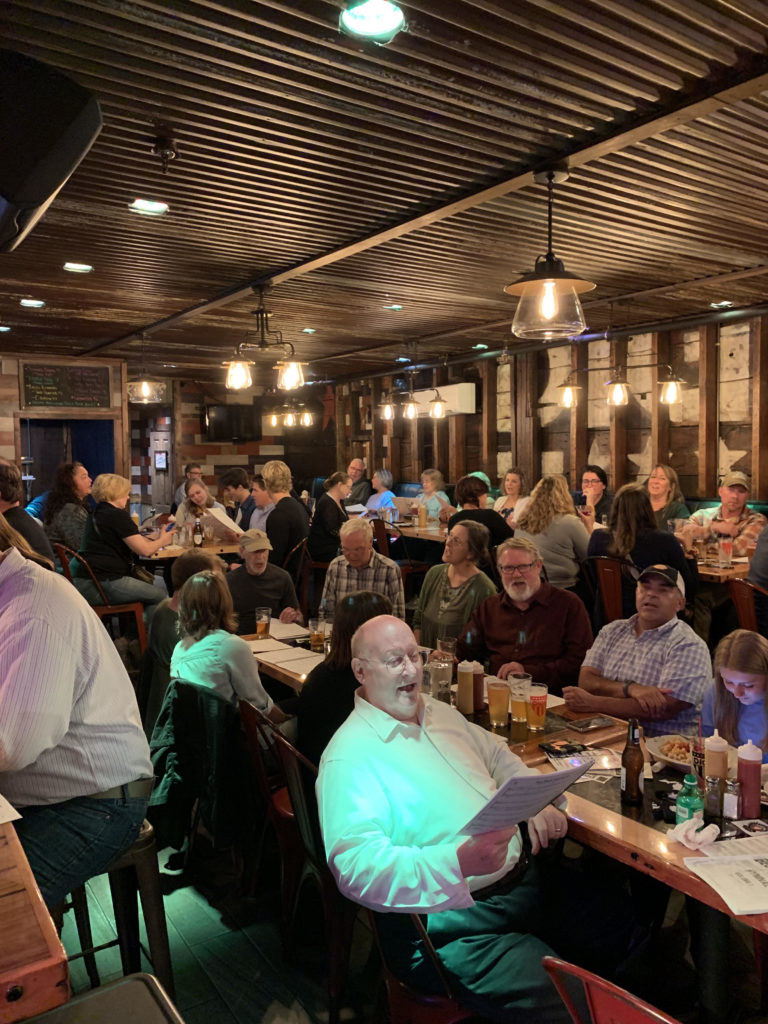 A COUPLE DOORS down the block from the Nordic is Digs, the lively little gastro pub.

It’s a monthly get-together led by Erin Colwitz, the director of choirs at NMU and the conductor of the Marquette Choral Society. Very informal. You come, you buy a beer or two, and you sing German, Irish, and Scottish drinking songs under the direction of Colwitz.

A good voice is not required. Just a willingness to give it a try. Smiles are guaranteed.

It all starts at 7:30. The songs sound better as the night wears on. Or at least they seem to.