Chocolate, A Taste of Hawaii, Where’s the Band? and Jobs!

Now that I’ve got your attention…

You’ve heard of Towners Pastry & Chocolate Shoppe?  Apparently it’s the place to go in Gwinn for your guilty pleasures.  The sweet kind.

The Bonzers were profiled here back in October of last year with an article about them and their success with their Gwinn location.  A young couple with big city talent and small town sensibilities.

Building on their initial success, while possibly satisfying some professional ambition, they’re expanding the brand.

And exactly what is the brand?  Quality chocolate and other delectable treats. 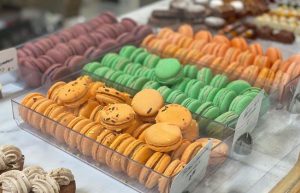 According to Chocolatier Katie, they cook up quite an assortment in their chocolate lab.  “Truffles, Hot Cocoa Bombs, and pastries specific to chocolate like our Chocolate Hazelnut Croissant, Macarons, and cold chocolate desserts.” 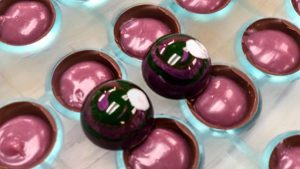 Is your mouth watering yet?

They’re open everyday but Mondays.  If you stop in before Christmas you’ll find a lot of good stocking stuffers.

And in case you didn’t notice the reference, the Towners name is a nod to the Gwinn Modeltowners.

Nice to see them in our town too.

If you had the chance to enjoy some Aloha Shaved Ice on Third Street this summer, you’ll want to try the lunch and dinner fare at the new Aloha Grill.

Located on the lower level of the Masonic Square Mall, the Aloha Grill brings a little warmth of the islands to the chillier climes of Marquette with real Hawaiian BBQ. 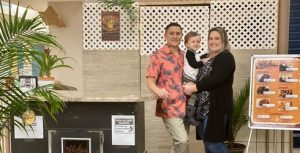 Owners Mitchell & Ally Kolowena have a passion for sharing a taste of the homeland. Mitchell is a Hawaii native who now lives locally with wife Ally, a graduate of Marquette Senior High School and the University of Hawaii.

With takeout being the way we do things these days, the Aloha Grill is perfectly positioned to take advantage.  Nothing fancy except the food… authentic and ready when you are. 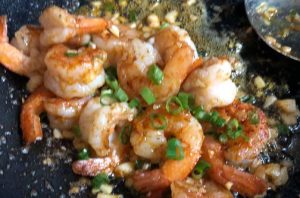 The menu is purposefully designed to introduce you to unique Hawaiian BBQ.  So now you can experience popular island favorites like the famous North Shore garlic shrimp, without the long trip west.

They’re also available for event catering or your group lunch at the office.  You can check out the menu and their hours of operation on their Facebook page.

The Day the Music… Paused.

Pretty quiet out there, as another victim of the pandemic is the cancellation of almost all live local music. 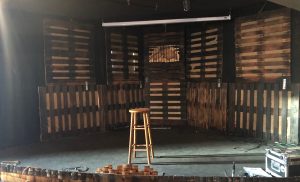 The empty stage at the Ore Dock

The music hasn’t died, of course… it’s just been put on hold until the venues that host it are allowed to open up again.

With the shutdown, area musicians have had to adapt and adjust.

Sam Bennett, of the local band Tuesday Jones, says they’ve taken a hit just like most other bands, but he maintains a note of optimism.  “We haven’t played locally since before the pandemic, but hopefully, when this is all over, more people than ever will come out and enjoy live music again.” 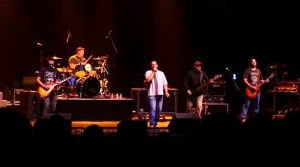 Tuesday Jones in a past performance

Lake Superior Smokehouse Brewpub owner Scotty Arbour thinks live music adds to their dining experience.  “Live music brings a little bit of normalcy and comfort to our guests. Music has a way to comfort and sooth our souls.”  (So does their smoked brisket.)

“A lot of the places that traditionally had music performances indoors were able to take advantage of what was a great summer weather-wise and adapt to having performers outside,” says Walt Lindala of the Flat Broke Blues Band.  “That did help quite a bit, but a lot of us out there still weren’t working.  And it doesn’t look that great into the winter.  We might be hearty souls, but there aren’t many of us who will play an outdoor gig in February!”

And the nightly appearances at places like Flanigan’s and the Ore Dock and the Nickel and Dig’s and Blackrocks and the Delft Bistro… to name a few, aren’t the only casualties.

“The problem with canceling something like a Harbor Fest or the Blueberry Festival or Hiawatha or Blues Fest is that there isn’t just one band or performer that loses the job, there are several,” says Lindala.  “It also impacts the local production guys like Jim Supanich and Gerry Kippola as well as those folks that operate food trucks and sell their wares at these events.” 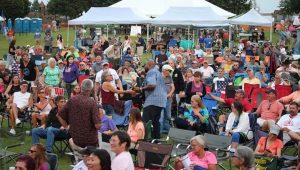 Blues Fest… when people could gather

The president of the Marquette Area Blues Society, Mark Hamari, is already looking forward to next year’s festival.  “While there was definitely a sense of melancholy among the group over Labor Day weekend, when the Blues Fest is normally held, we know that, as hard as it was to cancel the Fest, it was definitely the right thing to do. We’ve been buoyed by the fact that all the artists that we had signed to perform in 2020 have agreed to play at next year’s Blues Fest.”

Cindy Engle, of the local gig calendar Marquette Music Scene, has felt the pain as much as anyone.  “We had to put this year’s Hall of Fame celebration on hold, and that hurts.”  Cindy says we can look for the 2020 induction ceremony to be held sometime in the spring, while the 2021 event returns in November.  All pandemic-permitting.

And though we miss live music while we nurse our favorite brew, there are a few musicians who are missing the income from performing.  Most of the locals have day jobs, but not all of them.

So what do the artists do without scheduled performances?  Bennett says it’s a good chance to create new music.  “A lot of bands, including Tuesday Jones, have been writing original material.  So, hopefully a bunch of cool new albums will be coming out soon.”

And hopefully we get a chance to hear some of it… live, sooner rather than later.

If you saw Big Boy’s Steve Whelan on the TV6 News the other night you heard him say he normally employs 47 people.  And now?  Six.

One of the many frustrating aspects of this pandemic is how it affects different industries, differently.  While businesses like restaurants and bars might be operating right on the edge, if at all, some industries are doing just fine, thank you.

That would include things like cleaning companies, delivery services, liquor stores, and grocery stores, according to the U.S. Chamber of Commerce.  (Your results may vary.)

And some have come alive altogether.  Think Zoom and others in the work-from-home field. 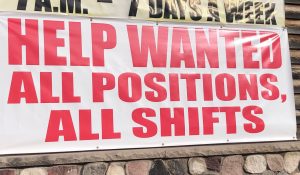 So while some businesses have had to lay people off, there are others actively on the lookout for workers.  Hence, a lot of Help Wanted signs out there.

So why the seemingly critical need for applicants when so many people are out of work?

It could be a fear of the coronavirus in certain workplace settings.  It’s also been suggested that some people would rather collect unemployment than work.  Or there may be a hesitancy to enter a new profession with an uncertain future.  Or some may simply be waiting to return to the job they had before they got shut down.

According to Tim Hyde, Workforce Services Manager at Upper Peninsula Michigan Works, there isn’t a shortage of workers.

“The available job openings are from numerous career and occupational fields, and the education, training, and certification requirements vary throughout them. There are those that require degrees or specific certificates, but there are plenty of people in the area who are qualified for the jobs.”

“Back in April/May/June, we were seeing a lot of people collecting unemployment, rather than going to work (for several different reasons, lack of child care, scared, etc). At that point, we were calling 50 applicants to get one person to talk to us.” 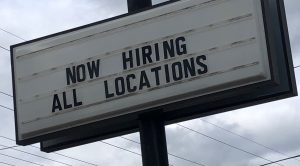 As the pandemic has experienced its ebbs and flows, including the availability of unemployment benefits, the job scene has changed along with it.

“I anticipate to see a slow down for the next few months, then I’m anticipating that we’ll be SLAMMED again come late winter/early spring, once people and companies gain confidence that we’re approaching an end to the pandemic,” Farr says.

According to numbers from Michigan Works, the current unemployment number in Marquette County is comparable to the same time last year.

So like just about everything else related to this damn coronavirus, there is a lot of uncertainty, about hiring and about getting hired.

“We’ve worked with a lot of our clients to increase their pay rates during this time. For people to get back to work, we need to make the wages worth getting off unemployment.”