Good news because it shows they have faith in the future of Country Village where a number of the businesses have been foreclosed on and shut down in the last couple of years.

Maybe this purchase will give confidence to other merchants considering buying their buildings back from the banks (plural) who now own a good part of Country Village.

In fact, there’s a report that another business is on the verge of closing a deal with another bank. The bank won’t confirm the deal. 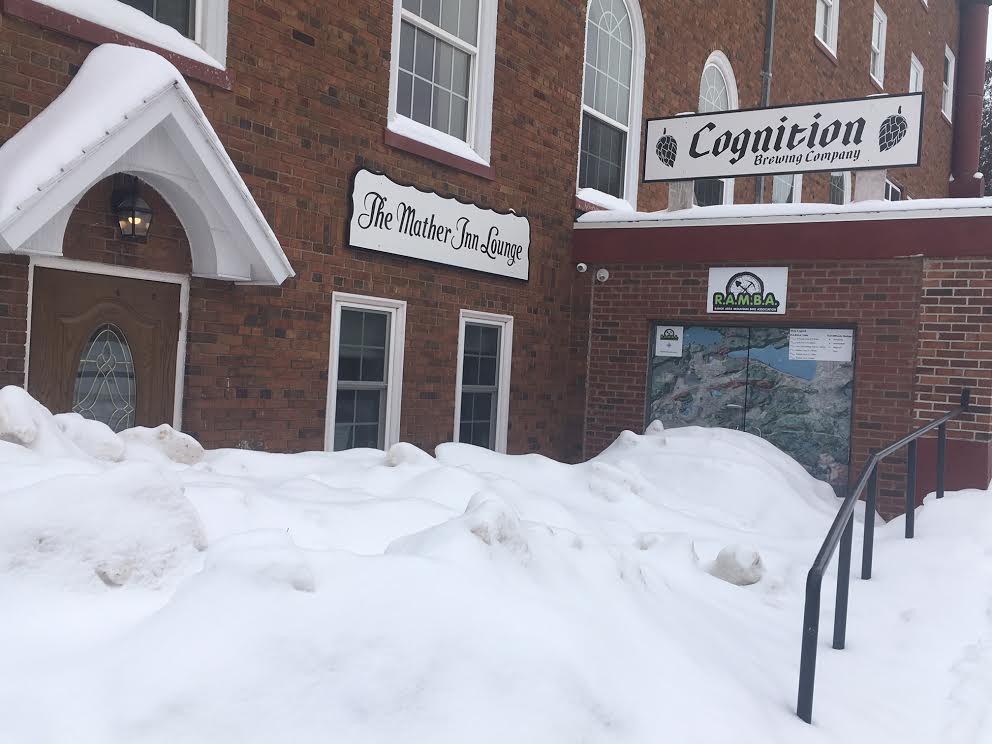 NOW, TO THAT other strange and highly controversial closing in Ishpeming.

Its landlord, the Mather Inn, shut it down last week by plowing an imposing snow wall in front of its front door. This is one of those “only in Ishpeming” stories.

Anyway, it remains closed down, reportedly because of a financial dispute between the two parties.

Mather Inn owners aren’t saying anything publicly, and Cognition owner Jay Clancey says any public statement by him would not be helpful. So presumably, they’re talking…and negotiating?…and reaching some sort of resolution???

Eventually, they’ve got to realize they need each other.

Could Cognition open by the end of the week? Clancey will only say, “Anything’s possible.” 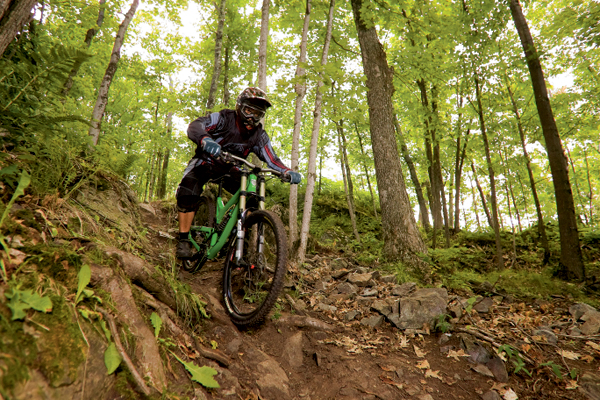 MARQUETTE MOUNTAIN BIKERS are getting a little uneasy.

They’re hearing reports that the city may soon be selling off land in south Marquette where bike trails–some of the best in the U.P.–have been set up.

The property in question is the Heartwood Forestland Property, about 2400 acres of rugged terrain that the city bought back in 2005. A big purchase, to say the least. Some would say, visionary.

In any case, according to city manager Mike Angeli, by 2010, the city had determined that about half of the property would be preserved for recreation and conservation (and trails), and the other half would be designated for possible future development.

The plan was well publicized at the time but nothing’s been done with it, until now.

Angeli says, likely in the next few months, the city will get an appraisal for a 111 acre parcel in that developable property…and then, maybe, sell that one small parcel if an interested buyer can be found.

Angeli says it’s his understanding that the heart of the trail system in south Marquette lies in the zone preserved for recreation and conservation. Those trails won’t be touched. 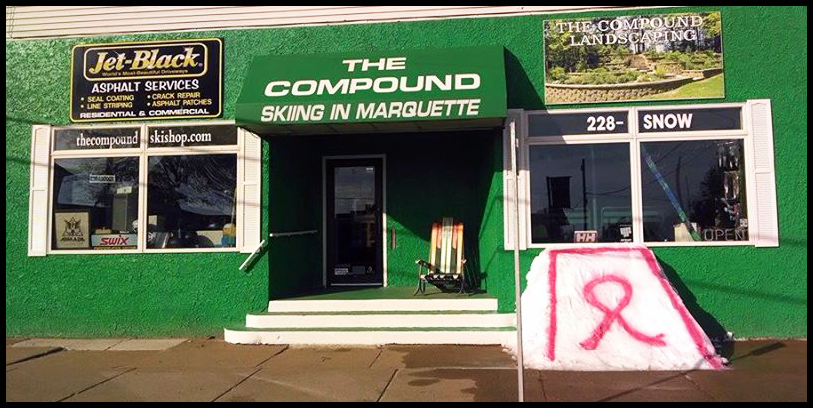 YOU EVER STOP by that little Compound shop in south Marquette?

Interesting place, and the business is expanding. Two more property purchases in the last few months.

The back story: Brandon and Jessica Croney met at Marquette Mountain several years ago, fell in love, and got married. They had crappy credit and not much money but somehow managed to purchase the rundown building on Division Street which was at that time a used book and video store.

Fast-forward nine years, and the Compound is now thriving as a ski shop/landscaper/snow plower/Jet Black asphalt sealing and repairing operator.

A couple of months ago, the Croneys also bought some storage units in Ishpeming–a new business!–and this week they’re buying property in Harvey where they’ll park their expanding fleet of Jet Black and landscaping trucks and trailers.

And they’re also remodeling the store on Division Street to accommodate more snowboards.

Are the Croneys building a mini-empire here in Marquette County? “I hope so,” Brandon says.

By the way, he refers to Jet Black as “profit.” Business has been booming. Landscaping is his “passion.” It does fine. And skiing is his “expensive hobby.” Doesn’t make much money but he loves it.

Capitalism is alive and well in Marquette. 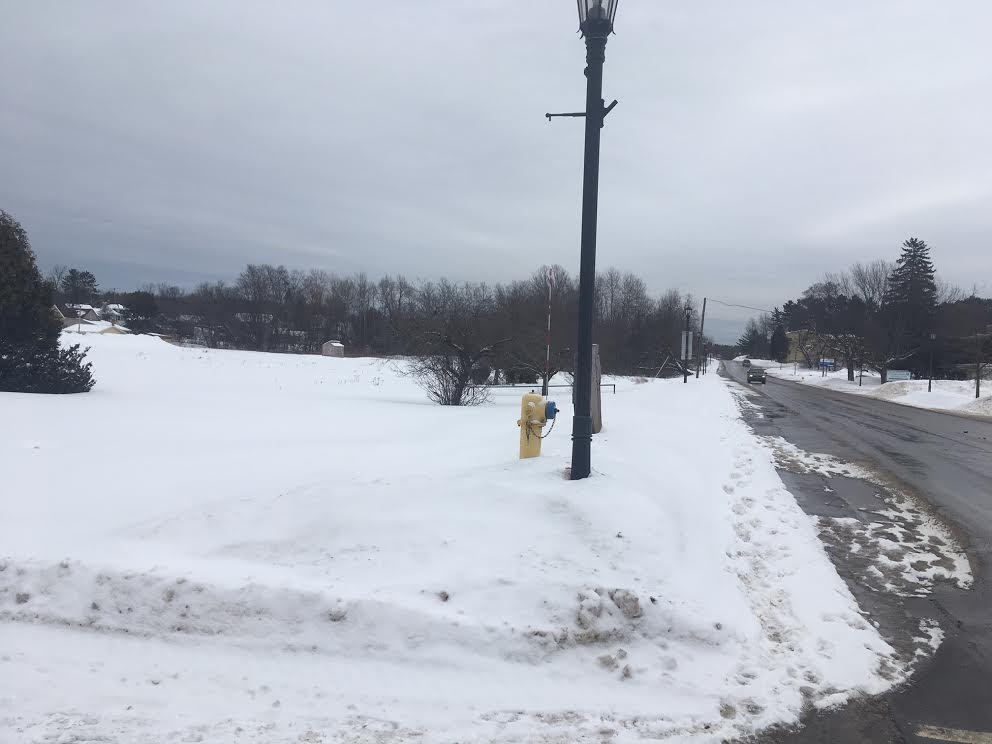 A FEW YEARS ago, Amy Lerlie, the executive director of Community Action Alger Marquette, was speaking at a function in Ishpeming, and question came up: “Why aren’t you guys building affordable housing for seniors on the west end? We need it badly!”

She took it to heart.

Her group is now on the verge of building a 30-40 unit residential development, with plenty of green space, at the site of the former Bell Hospital in Ishpeming.

They’ve worked out a deal to buy the vacant land from the Great Lakes Recovery Center. Now they need approval from the city–which seems likely, and most important, they need to get approval for tax credits from the Michigan State Housing Development Authority.

They should hear from MSHDA by July. Lerlie’s confident they’ll get approval because Ishpeming has officially been designated a “distressed area.”

Community Action Alger Marquette is building a track record. They’re also the folks in charge of transforming Marquette’s old Orphanage into Grandview Marquette, an apartment complex that will open later this year. 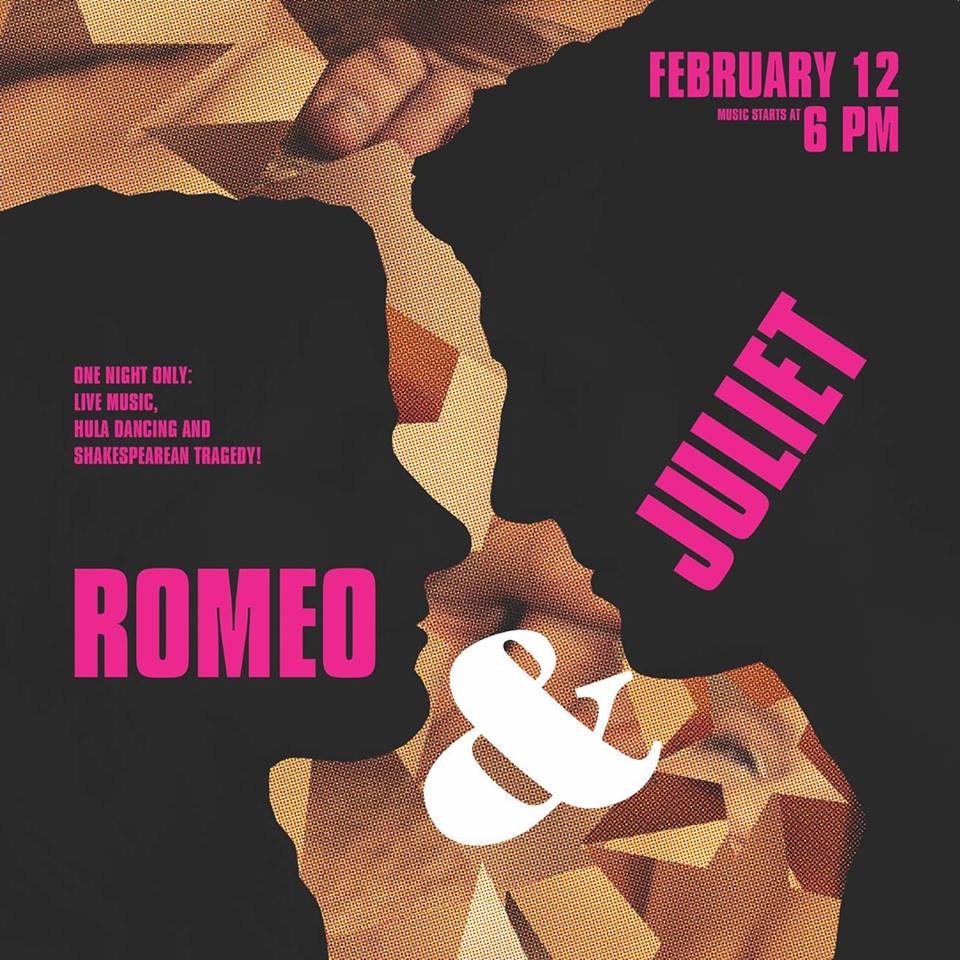 What do Shakespeare, hula dancing, ballet dancing, singer-songwriters…and beer all have in common?

Answer: You’ll find them all at the Ore Dock this Sunday, February 12th.

Specifically, an abbreviated version of Romeo and Juliet, performed by the Upper Peninsula Shakespeare Festival, along with a hula dancer and a ballet dancer, several singers, and of course, beer at the Ore Dock which has built a reputation as a gathering place for people with eclectic interests.

Can’t think of a much better way to celebrate the middle of winter in the U.P.