ANOTHER DOMINO HAS fallen at Country Village.

The latest one at the sprawling business complex in Ishpeming? The laundromat, which shut down a few days ago. This, after a gas station and a restaurant closed up in the last couple of months. A fitness center also locked their doors earlier in the year.

The latest closure was not voluntary, according to a sign on the window. The sign reads, “Our building is now owned by Range Bank and they have elected to not offer us a lease agreement going forward to continue our laundromat. We are displeased with this decision…”

Our attempt to get a further response from a Country Village official has not been successful.

Country Village is also involved in continuing litigation with mBank.

Difficult times for Country Village, its employees and patrons.

There look to be some strong, viable businesses there but you can’t help but wonder when the  next domino might topple over. 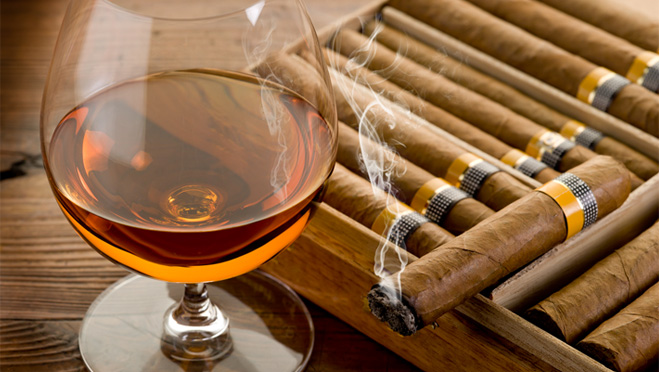 SO WE’VE GOT craft breweries, a wine bar, art galleries, farm-to-table restaurants and a Smartzone.

What else does Marquette need to stamp itself as a genuinely cool, hip, cosmopolitan place to live? How about a cigar club?

Yup. That’s what’s next at the corner of Third Street and Michigan, across from Third Street Bagel and Blackrocks. It’s called the  5:01 Club (a play on words–that’s the address and also the start of Happy Hour). Don’t look for a sign out front. There won’t be any. Nothing but frosted glass. 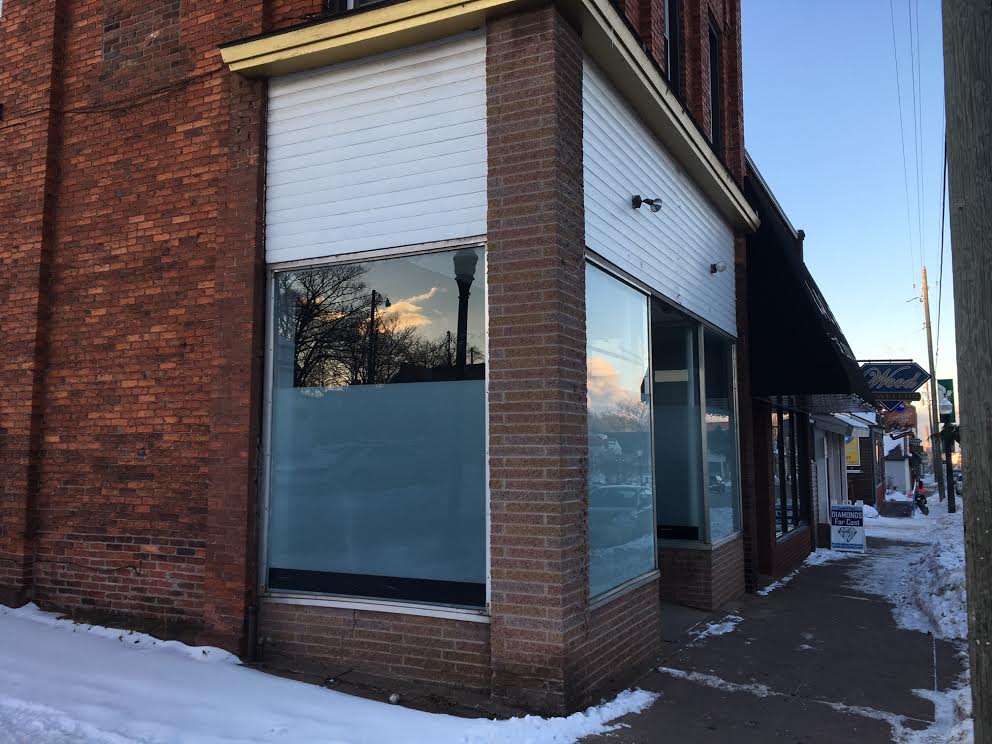 They should be ready to open up within a week.  Seven local investors bought the building and have set it up as a private club, rather than a typical business. That’s the way to get around the state’s indoor smoking ban.

One of the investors, attorney Karl Numinen, tells us they’ll limit the club to 50 members who will pay initiation fees and yearly dues. They’ve had serious interest from at least 30 cigar smokers so far; they’re looking for more. Numinen would love to see women join.

What’ll they get for their money? Well, a place to gather any time of the day or night with big screen TVs, Wifi, a card table, a piano, a little stage for music, a bar (bring your own booze), comfortable chairs and sofas…and cigars. 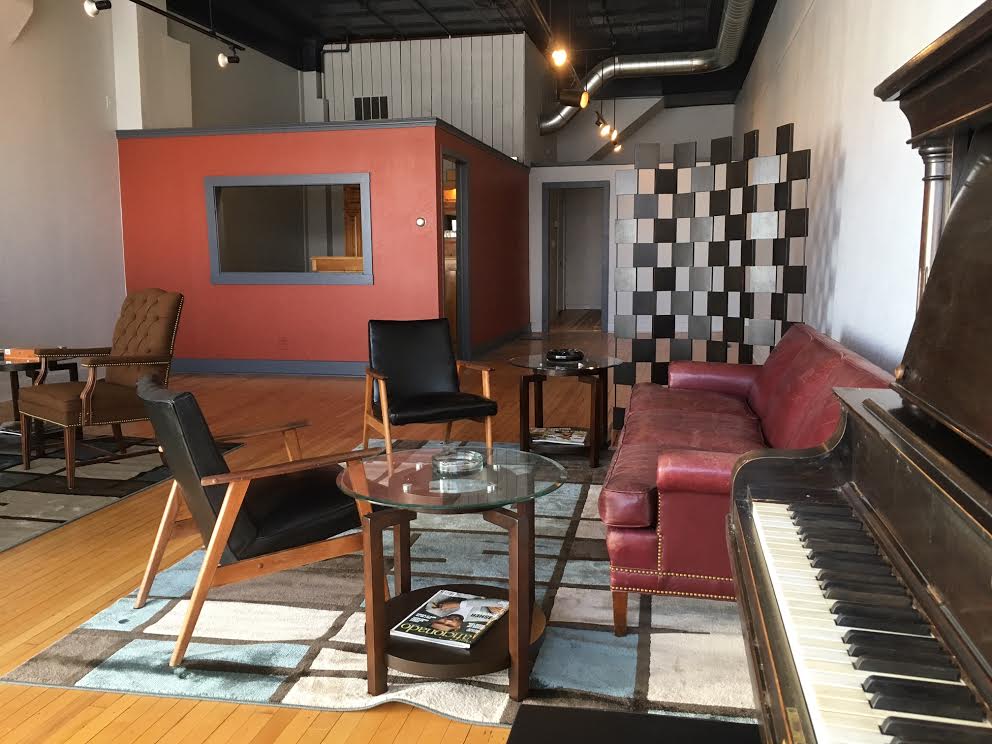 And lotsa cigar smoke which will be expelled through an expensive filtration system.

What else will the get? How about business networking and good old-fashioned conversation.

But cigar clubs and lounges have become a pretty big deal in recent years– in Seattle, Los Angeles, Chicago, and New York. Why not here? 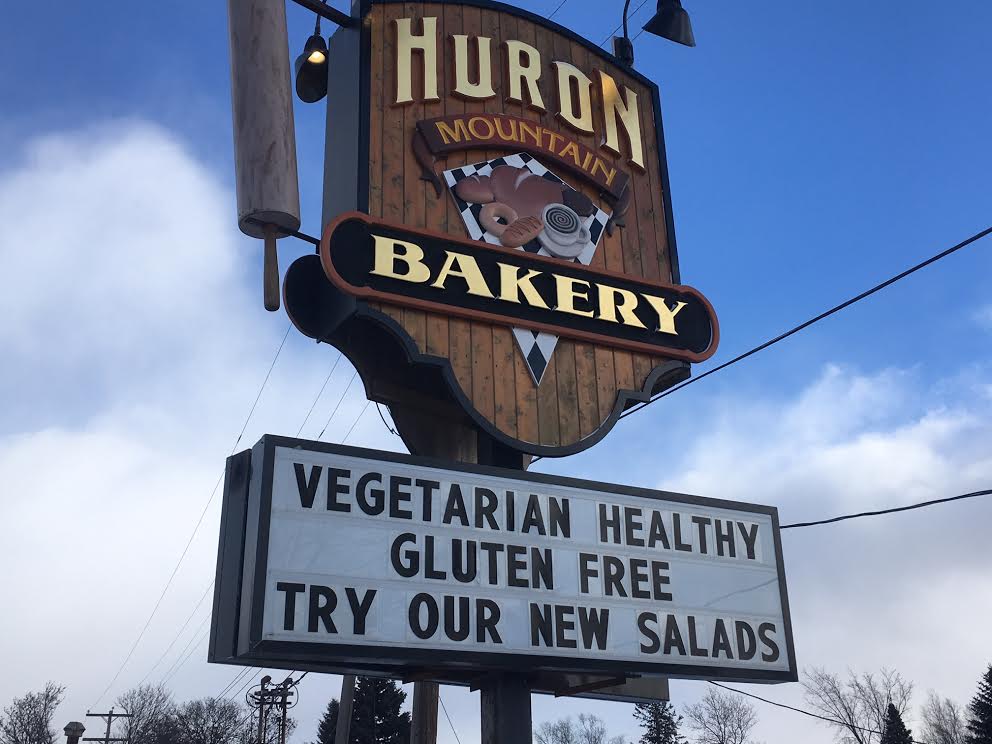 BIG CHANGES AT the Huron Mountain Bakery in Ishpeming. It’s not just about baked goods anymore.

New manager Tony Barnes, a local guy who spent several years overseas before returning home, is now pushing new-and-improved pizzas out of a wood-fired oven, along with gourmet salads.

Along with the pastries and breads, of course.

Barnes is trying to make Huron Mountain more of a player on the Ishpeming culinary scene, and the owners have given him free rein to try what he thinks will work. The verdict so far? Customers like it.

A salad, a pizza, and a couple donuts for dessert. What could be better?

On a serious note, Barnes, like so many others, wants to inject new life into his hometown. Sometimes you’ve gotta do that one business at a time. 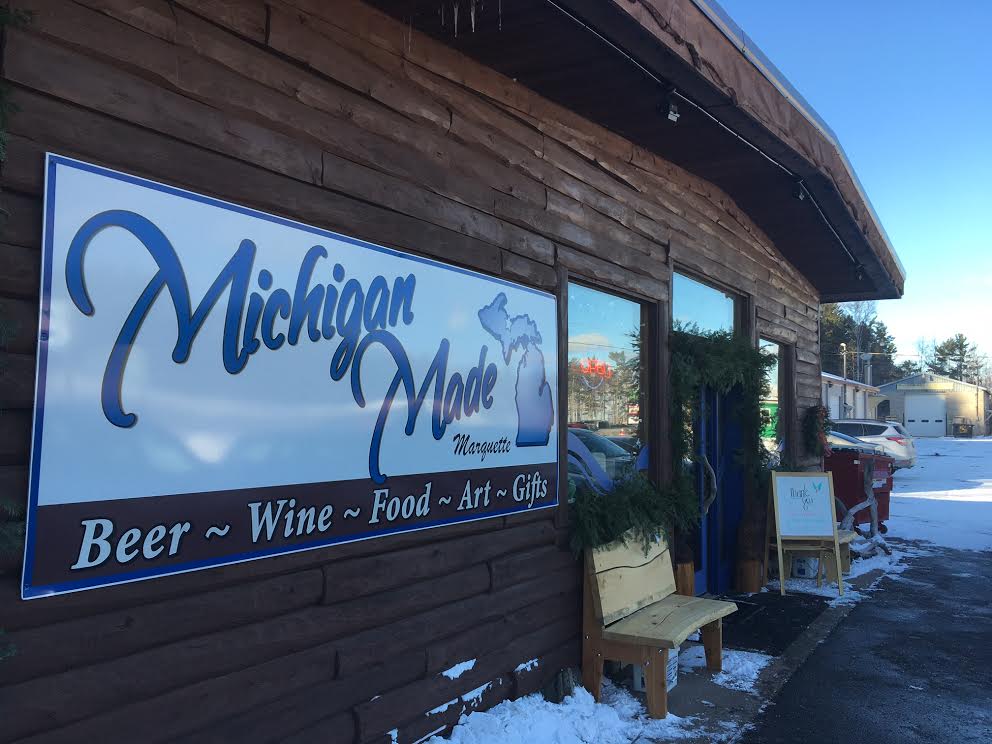 WE LOVE STUFF that’s made and grown locally and regionally. So do tourists.

That’s the reason that Michigan Made recently moved from their rented space in the mall at the junction of US-41 and M-28 to the building next to Ace Hardware in Harvey.

The new store is triple the size of the old one. And the owners, husband and wife Brian Elenich and Holli Jo Smith, bought the building. Business is good.

Wines, beers, coffees, arts, crafts and boutique items made from throughout Michigan fill the store. They just celebrated their fourth anniversary in business and the place was packed.

Elenich and Smith also opened a second location for Michigan Made in Houghton earlier this year. 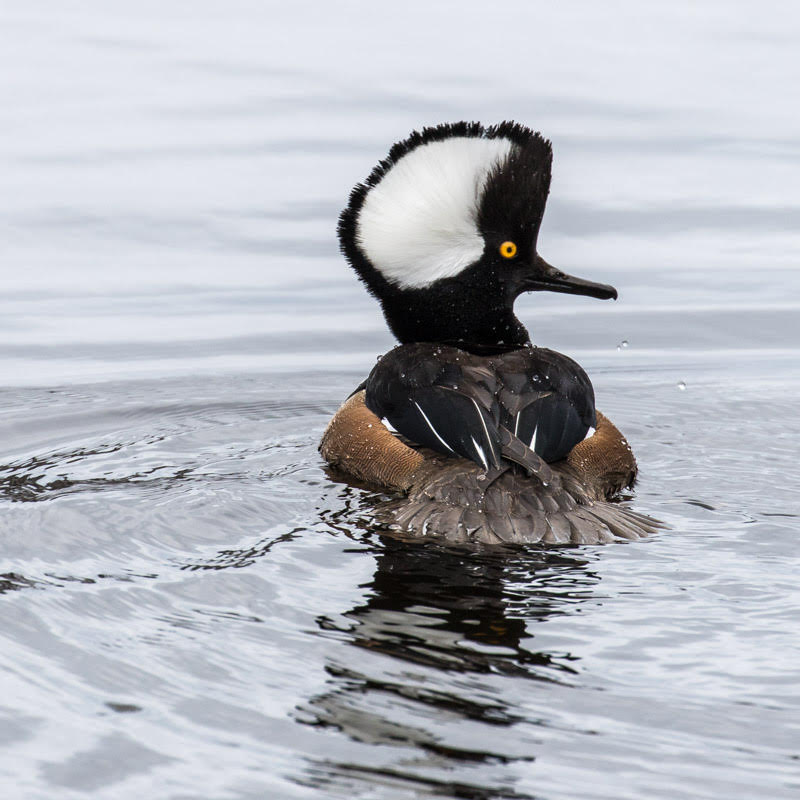 YOU MAY HAVE SEEN some of his remarkable photos on Facebook.

We’re talking about Steve Lindberg who spent thirty years as a teacher, then six years as a state legislator, then thought. “What the hell should I do now? What do I like to do?” Those are the types of questions retired people can ask themselves.

Well, he’d always had a fondness for photography but his skills were raw. So he took five photography classes at NMU and started walking around the woods with his camera in hand.

Actually he did more than that. Four years ago he resolved to post one photograph a day on Facebook. Outdoors stuff. Lots of wildlife.

His camera is a mid-level Canon 60D, nice enough but nothing phenomenal. 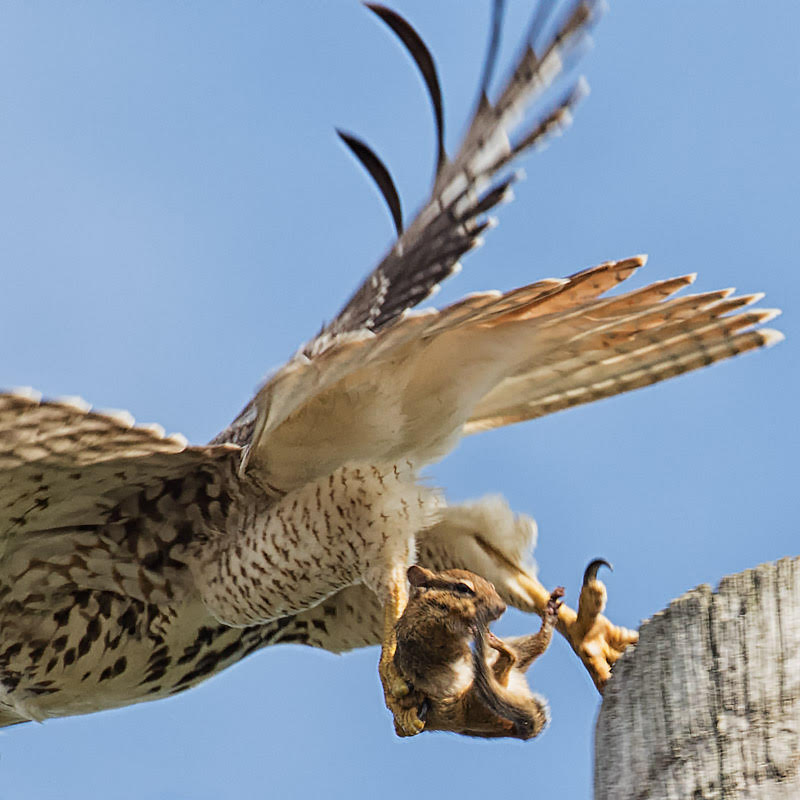 But what he’s produced with it over the years has been phenomenal.  The kind of photos that make you scratch your head and say, “How the hell did he get that shot?”

He insists he doesn’t sit in one place for hours and wait for that perfect shot. No, he just walks and watches. He knows where the animals are likely to show up and he keeps his eyes open. His still keen, septuagenerian eyes. 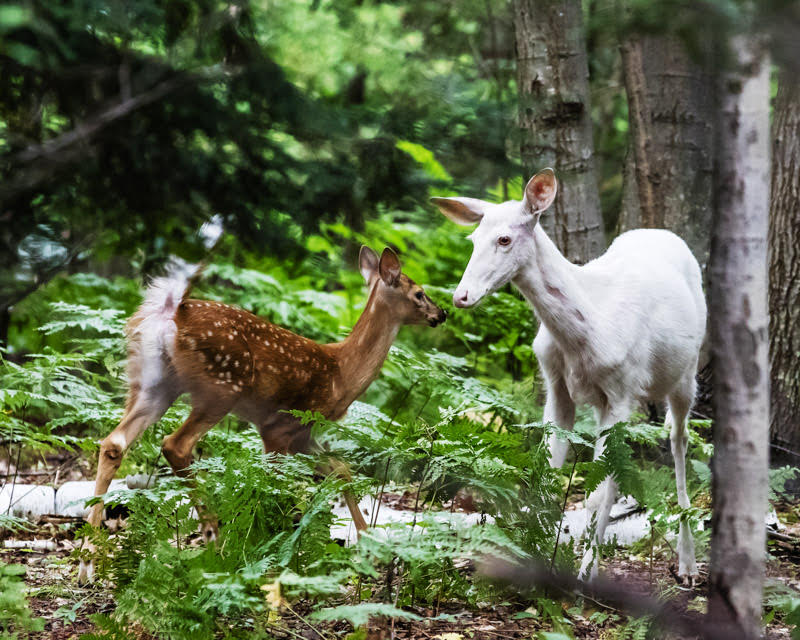 He’s won a few awards over the years but he’s got no particular interest in them. He just likes to walk in the woods with his dogs, and wait for other creatures to capture his attention. They’ve done it repeatedly.

And we’re all the richer for it.