That’s the plan of Nicole Gregory, a Grand Rapids entrepreneur whose family owns the historic Customs House downtown just off the shore of Lake Superior.

The stone structure, built in the 1860s, has been used primarily for storage over the last few decades, but Gregory plans to transform it into The Customs House: Queen City Luxury Residence.

Four units in the existing structure, and two more in a building to be constructed alongside it.

“It’s one of the centerpieces of Marquette,” Gregory explains, “and it’s got a story to it. We want to bring it back to life. We don’t want people to come downtown and look at it and just see it as an old building.”

Gregory was born and raised in Marquette, went to NMU, and then got an MBA at UCLA before settling in Grand Rapids. She’s got a background in marketing, real estate, and construction.

She’s expecting to bring the condo proposal to the Planning Commission in the next couple of months with hopes to start construction in the fall. 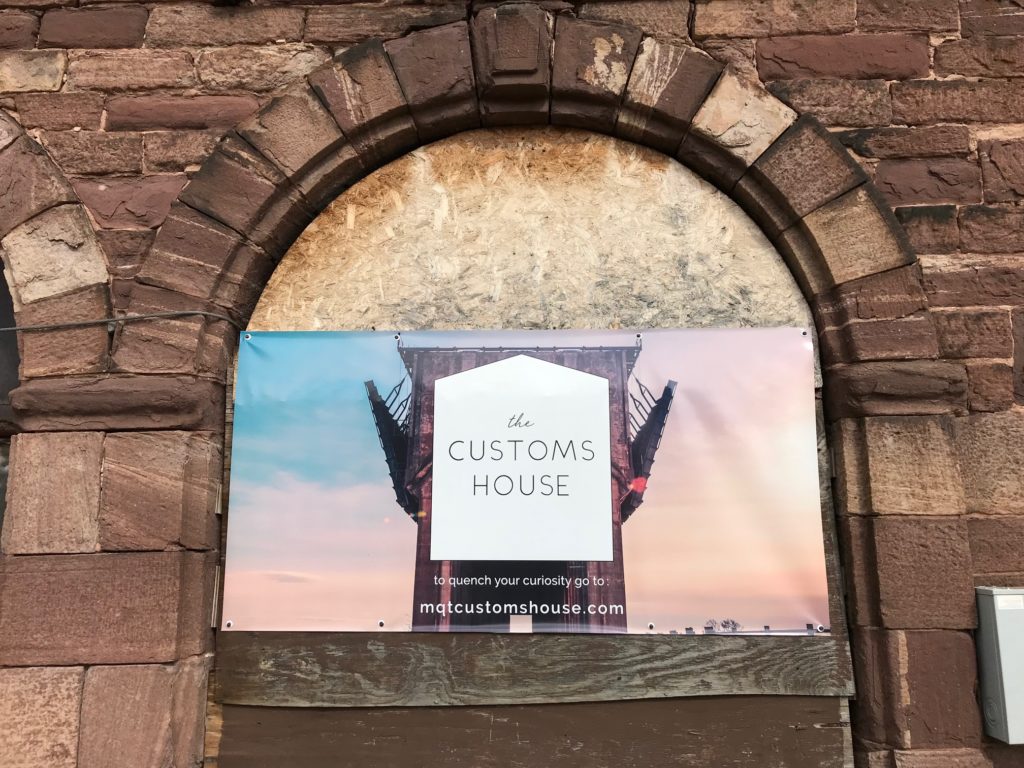 The condos would likely be priced in the 300s. Gregory sees them as catering to residents looking for an inside/outside lifestyle–possibly with small gardens, fire pits, and space for bicycles and kayaks.

The Customs House sits along the bike path, not far from the Founders Landing condos.

“We’ve talked to several realtors in the area,” Gregory says, “and they’ve told us there’s still a market for condos in Marquette.”

The Customs House, one of the oldest buildings still standing in Marquette, was originally built as a store for hardware, mining, and railway supplies before changing hands several times over the last 150 years. A collector of customs operated out of the building in the late 19th century.