THIS STORY ISN’T drawing big headlines but it has the potential to provide a major boost to the economy in the Upper Peninsula.

NMU has just been designated a cyber security hub, meaning it’s going to be a center for training high school and college grads for jobs in the high-paying cyber security industry. Good jobs. Like, starting at $65,000 a year.

There are 7000 such jobs in Michigan alone…unfilled.

NMU’s now in the process of coordinating with other colleges and school districts around the UP to set up the cyber security certification classes. First classes should be offered toward the start of the new year.

If this works out as planned, hundreds–maybe more–of young people here might not have to leave the UP. They’ll find good, high-tech jobs right here where they want to live.

Keith Glendon, an IBM employee and NMU grad, is the man behind the launching of this initiative. 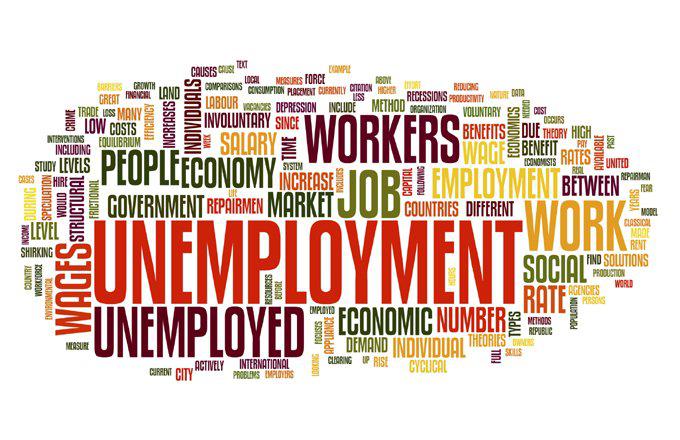 A 3.7% UNEMPLOYMENT rate in the UP. The lowest in decades.

Great news. But State Representative Sara Cambensy offers a cautionary note. She tells us that about 25% of Michiganders are on some form of public assistance…but in the UP, that figure is 40%.

Not so great. Not exactly the sign of a robust economy though, to be fair, Marquette is likely the leader in economic growth in the UP.

Cambensy adds one other fact for our consideration. She says over the last 16 years, wages nationwide have risen 44% when adjusted for inflation. In the UP, they’ve risen only 15%. 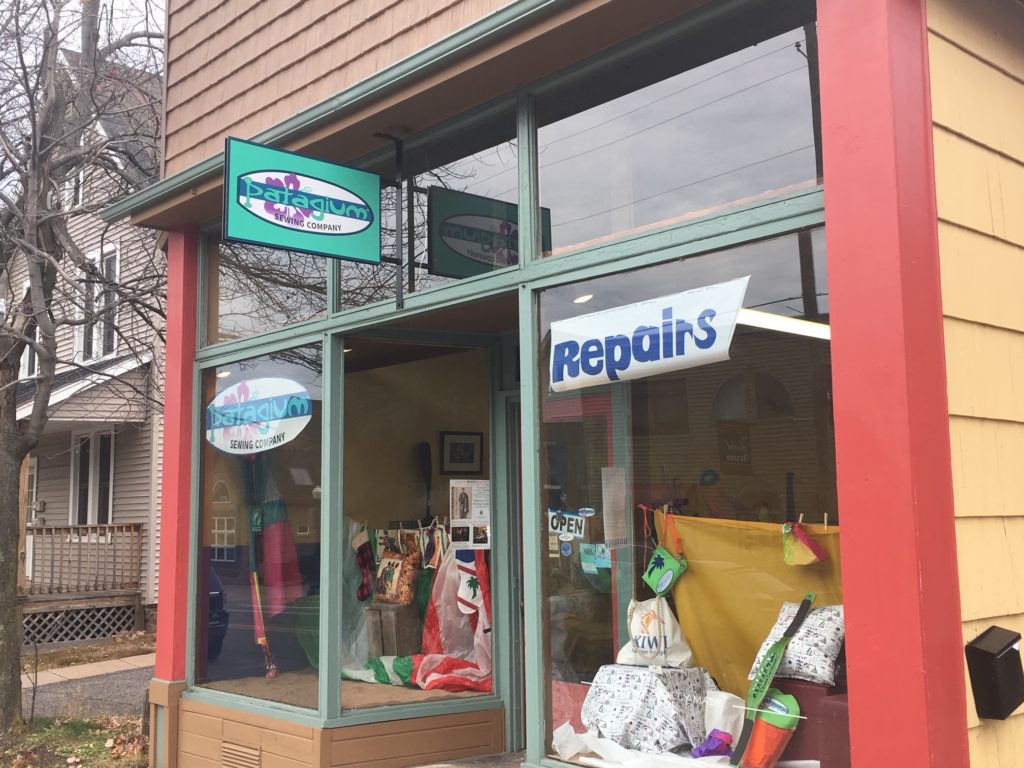 A SLIGHT CHANGE in strategy for the Innovation Shore Angel Network–those are the monied guys and gals looking to invest in tech companies in Marquette County.

They’re now considering micro-loans for small businesses that aren’t necessarily involved in technology. The first loan went out to Patagium, the sewing company on Third Street that offers repairs on all sorts of outdoor gear–sails, tents, boat covers, tote bags and more.

The Angels are offering much more than money. Equally important are the mentoring and counseling on business plans. And they’re demanding monthly financial accountability by the clients. Eventually, according to investor Rich VanderVeen, it’s hoped that the Patagium location might become a sewing center for other underfunded but ambitious seamstresses and seamsters looking for a business location in Marquette.

Even with the change, the angel investors’ primary focus remains helping small start-up tech businesses in the UP. 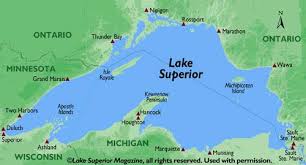 A RAINY OCTOBER for sure.

Lake Superior’s level has risen three inches in the last month, thanks to all the precipitation. That puts the lake 11 inches above average for October.

But it still remains one inch below last October’s level, and five inches below the all-time record set back in 1985, according to the US Army Corps of Engineers.

The prediction is that the lake level will now drop two inches in the next month. That means the rain will stop, and the sun might come out for more than an hour or two. 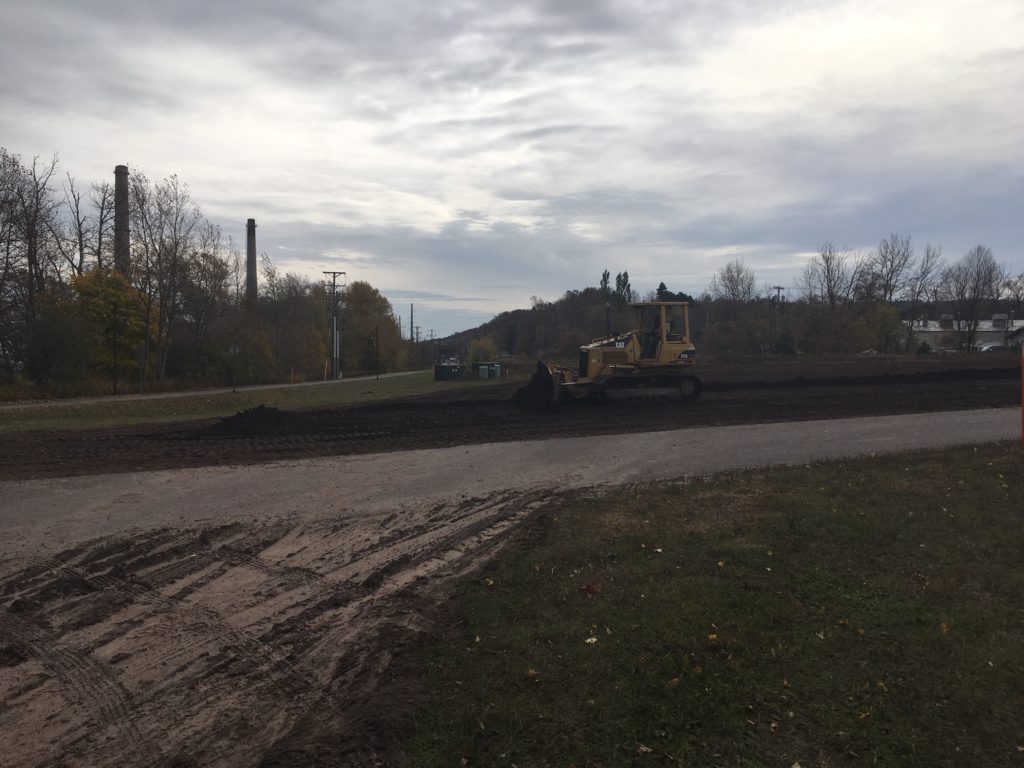 WONDERING ABOUT THAT cleared land along the bike path, across the highway from Beef-a-Roo in south Marquette? Lotta work there lately.

Must be something big.

Scott Cambensy, the director public works for the city, tells us it’s just excess soil from the east Baraga project (next to the new Marquette One building) that they had to relocate somewhere else on the Founders Landing site. It’s all part of a Brownfield project, and the soil couldn’t removed from the overall Founders Landing site.

So they found a spot for it a few hundred yards away and leveled it. Nothing but dirt. Cyclists, joggers, walkers, and sled-dog racers won’t notice a thing. 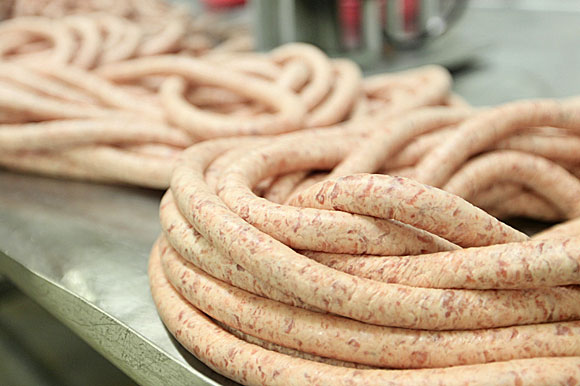 A BIG WRITE-UP in usatoday.com about one of the UP’s oldest and best-known companies.

The reason, according to current president Adam Vollwerth? “We’ve stuck to the same recipe, quality ingredients and workmanship since day one,” he says.

Signs of growth: Vollwerth has a partnership with Meijer, and it’s now selling its meats outside the UP. 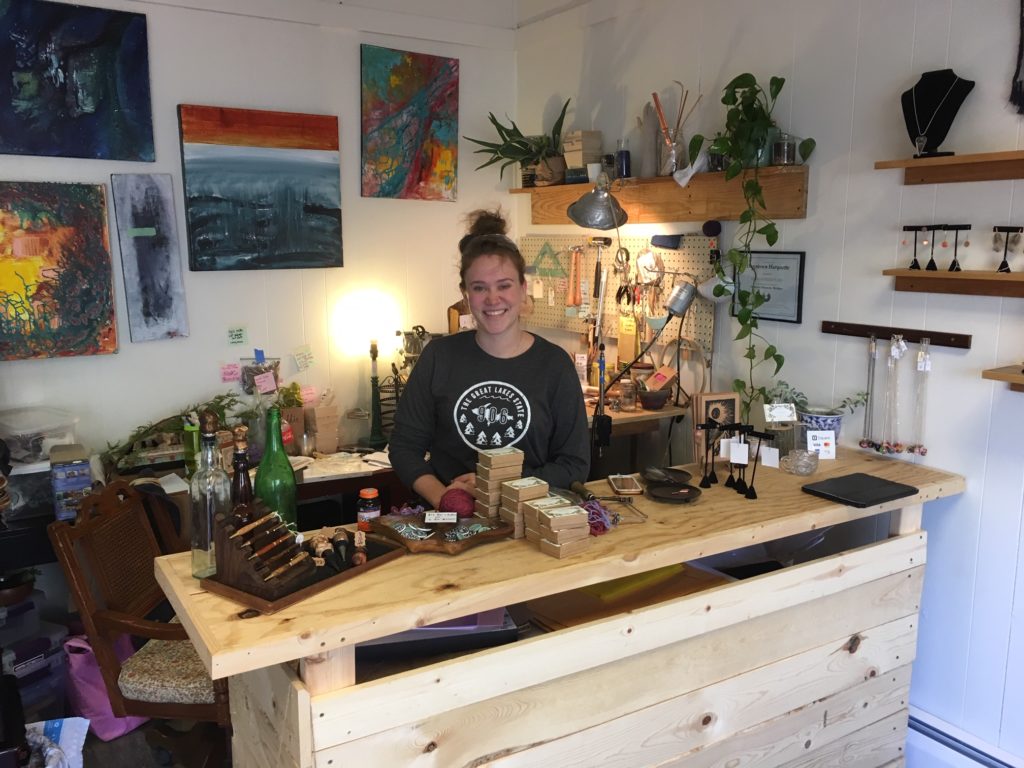 MADGOODIES HAS JUST a wee bit less history behind it. It opened in September.

It’s a brand new artists and artisan shop, located just behind the much larger Zero Degrees Gallery on Third Street. It’s tiny, only about 200 square feet, but it’s chock full of art for sale.

It’s the brainchild of Madeline Goodman, a metalsmith and recent grad of NMU. She’s selling not only her own unique jewelry but also art and crafts from about 25 other artists, most of them current and former NMU students.

She’s self-financed with no paid advertising but she’s already finding shoppers. “It’s just word-of-mouth, Instagram, and people walking by,” she says. “I’ve been amazed by how many people have stopped in and bought stuff. And it’s not my family!” 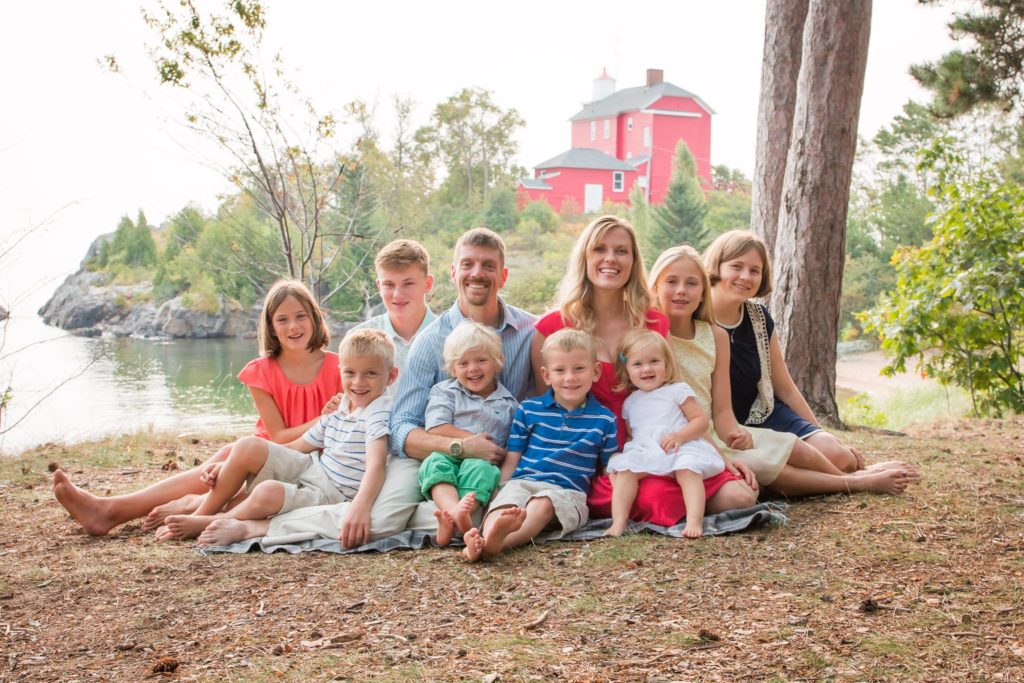 AN UPDATE ON the Marquette couple who’ve been busy for the last several months trying to adopt two boys with Down Syndrome from Ukraine.

Joe and Tiffany Ampe are back in town with the two boys–Casimir (almost two years old) and Henrick (one year old). They’ve since learned that Casimir has another challenge: he’s apparently deaf.

No problem. Both boys have been welcomed into the Ampe clan which…oh yeah…just expanded by one more in the last week. Tiffany gave birth to her ninth biological child last week.

So, if you’re counting, that’s eight (shown above with their parents), plus one, plus Casimir and Henrick.

That’s a football team. And Joe and Tiffany seem to have enough time and love for all of them.