ANY LEGISLATION TO resolve the “dark store” controversy isn’t going to happen until this fall at the earliest.

The UP legislators have written up two bills: One would no longer allow Michigan’s Tax Tribunal to tax open box stores at the same rate as closed stores. The other would stop property owners from putting excessive deed restrictions on their property preventing the construction of new box stores, even when the area is zoned for such stores.

The Tax Tribunal’s recent rulings have slashed property tax assessments for the big stores (e.g. Lowes in Marquette Township). That has meant markedly lower tax revenues for the municipalities which, in turn, has affected budgets for libraries, 911 systems, senior centers, and the like.

Peter White Public Library had to start closing on Sundays earlier this year because of the budget cuts, and may yet have to close a second day during the week.

Kivela, who’s hoping to get broad bipartisan support for the bills, says he understands that Governor Rick Snyder, a Republican, won’t champion the bills, but he won’t stand in the way of them either.

The problem for Kivela and Casperson? The bills will be perceived by some as “anti-business.” That generally doesn’t play well in Lansing.

The counter-argument is that small communities are getting squeezed and sucked dry by the Tribunal rulings.

We’ll see which side prevails.

One other concern: Has the urgency and anger about the Tribunal’s rulings subsided? Have we just accepted the fact that we’ll have to make do with less? 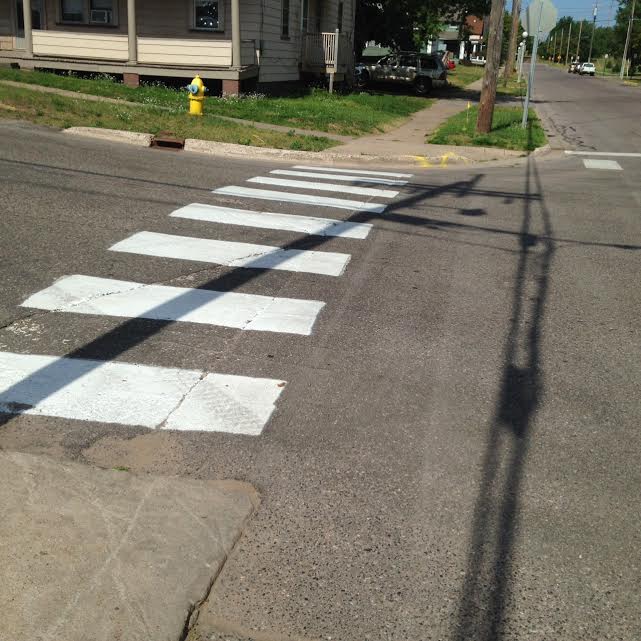 YOU’VE NO DOUBT seen those new, bold crosswalks being painted on the streets around town.

They’re known as “ladder-bar crosswalks” and they actually carry more significance than just being more visible than conventional crosswalks.

The ladder-bars automatically give pedestrians the right-of-way so if they’re in the crosswalk or they’re waiting on the sidewalk to cross, and you as a motorist fail to stop, you’re subject to a fine.

(Clarification: Pedestrians have the right of way only after they first set one foot in the crosswalk. If they are clearly waiting to cross but remain on the sidewalk, discourteous or oblivious drivers can zip on by, without fear of being cited.

The idea is to make Marquette a safer and friendlier place for pedestrians. Nothing wrong with that. 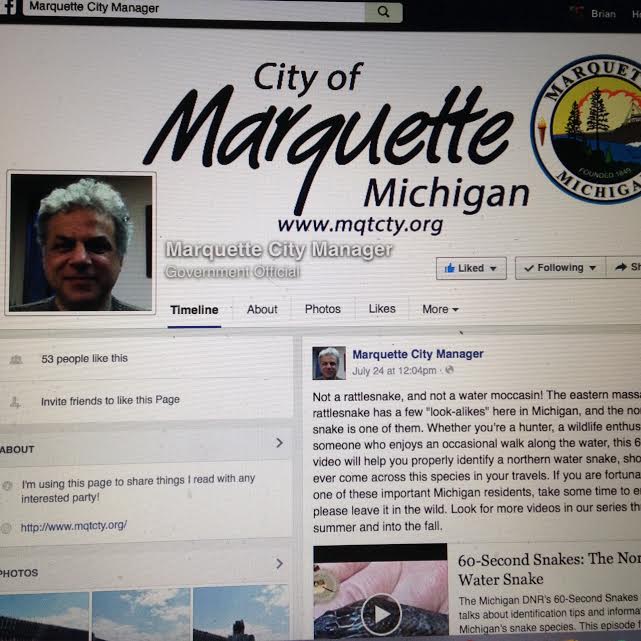 City Manager Bill Vajda has started a “Marquette City Manager” site. He’ll be posting information and photos on the site and answering questions that have come up during the week. It’s a way to communicate more directly with him if you don’t have an opportunity meet him face-to-face.

Facebook, of course, provides a place for comments but Vajda is not planning to engage in extensive dialogue–or disputes–with disgruntled citizens on the site.

We’ll see how that works.

And to think, Facebook was originally started as a way for college kids to judge the attractiveness of their fellow students. 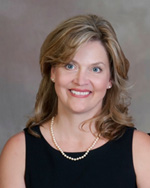 HERE’S FURTHER PROOF that you can live in Marquette and still deal with virtually everybody on the planet.

NMU Economics professor Tawni Ferrarini is wrapping up her first year as professor of “Common Sense Economics,” a Massive Open Online Course (MOOC) that she teaches in collaboration with NMU and Florida State University.

It’s available to everyone with a computer around the globe, free. Twenty-five hundred students enrolled in the course over the last school year–those included a housewife in Syria, a government official in Mexico, and AP high school students across the United States.

A pretty diverse class, to say the least.

Of course, some of the students just check in for one of the classes but never finish the course.

Still, it’s impressive. If you want to educate yourself about economics at a global or personal level, you can do it at home or on the road, at no charge, and your professor will be the esteemed Dr. Ferrarini. The next course starts up in September. 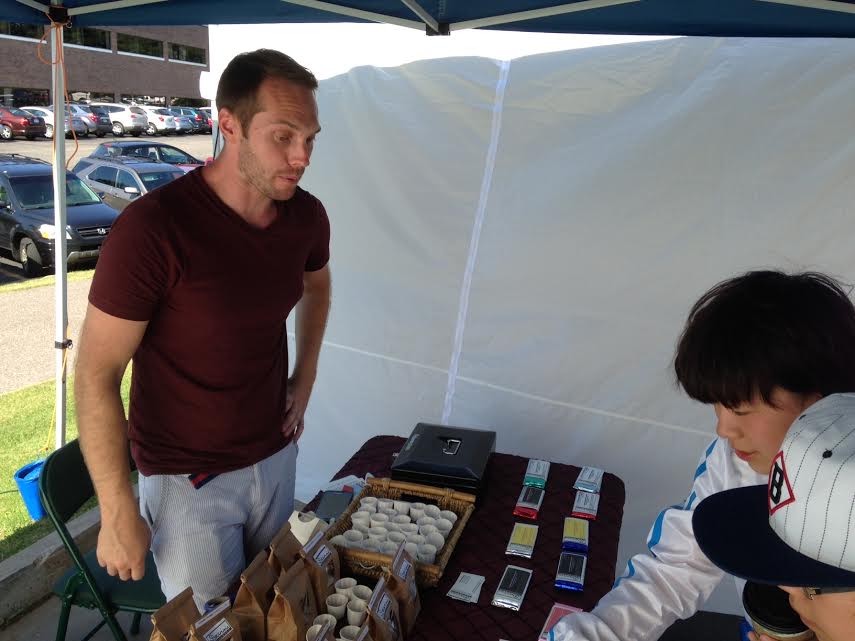 YOU CAN’T HELP admiring people who give up good jobs to pursue their dreams.

Examples? Peter Claybaker, an engineer for 20 years, who decided he’d rather play with dough and now runs the highly successful Marquette Baking Company. Then there’s Jeff Nyquist, who recently stepped down as CEO of UP Home Health and Hospice to open up Neuro Trainer, a high tech start-up on Washington Street.

And how about Davin Makela (above)? You’ll see him at the Farmer’s Market every Saturday. He was a commercial credit analyst at a bank for five years, but then decided, “You know what I really wanna do? Make chocolate!”

He quit his 9-5 job and now he’s pursuing his dream. He’s making chocolate out of his home but will soon transfer his operation to a local commercial kitchen which will open up his product to a much broader market. He’ll be able to sell Davin’s Chocolates to local stores (they’ve already expressed interest) and on the web. 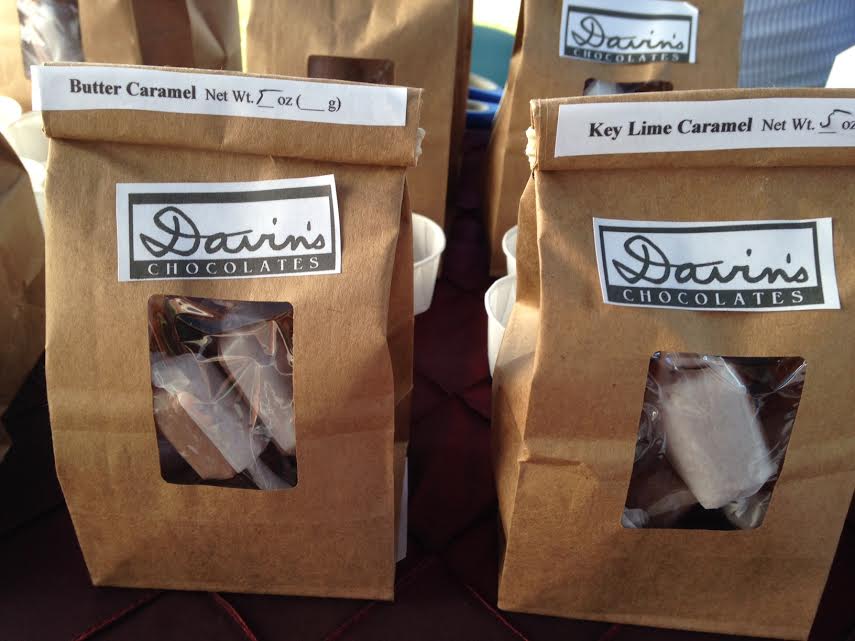 It takes guts and a ton of self confidence to make such a radical turn in your professional life.

But that’s what America’s about, right? Maybe Professor Ferrarini can devote one of her lessons to the high risk, high reward experiences of Messrs. Claybaker, Nyquist, and Makela.