A COUPLE OF weeks ago, there was talk of possible protests against the big box stores seeking lower assessments in Marquette County. Public shamings! Picket lines! Boycotts!

That talk, while not silent, has died down.

Instead, the anger is now focusing on a petition drive urging legislators to pass laws that would prevent the Michigan Tax Tribunal from taxing open, prosperous stores in the same way they tax closed “dark stores.”

At last count, the SaveMqt, SaveMi website had collected about 500 names. They’re hoping for 3000 by April 15th, tax day, when they’ll present the petition to Governor Snyder’s office.

The problem for the protestors–and for the entire cause–is that this issue is still strangely perceived of as a “Marquette issue.” Other communities in Michigan have been hit by the crippling re-assessments, but nobody it seems, has made much of a stink about it.

Just Marquette County. What’s up with everybody else?

What it took to galvanize the protest here was the announced closing of the Peter White Public Library on Sundays, due to reduced tax revenue. Apparently what you need is a major, tangible cutback in a prized city service that you’ve always taken for granted.

As for the once anticipated protests against local stores seeking re-assessments, the feeling among many now is that the stores aren’t to blame. The taxing policies of the government are.

And why antagonize a business that’s bringing jobs to your community?

The strategy is still unfolding, and may still end up out on the streets and sidewalks. We’ll see. 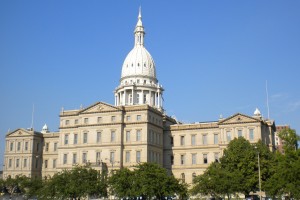 Kivela says they’re hoping to get them introduced in the House and Senate, more or less simultaneously, by mid to late April.

The big question is whether Governor Snyder’s administration will support the bills. Last year he opposed similar legislation, but this year the bills are being drawn up differently, to appease some conservatives.

Kivela’s says he’s getting some indication that while Snyder won’t champion this year’s bills, he may ultimately support them. Talk to the governor’s office, however, and you’ll hear that Snyder’s not publicly taking sides. He’ll decide whether to approve or veto the bills if and when they arrive on his desk.

Casperson and Kivela, by the way, will be holding a town hall meeting here in Marquette on April 9th. It’s safe to say the “dark store” issue will dominate that get-together. 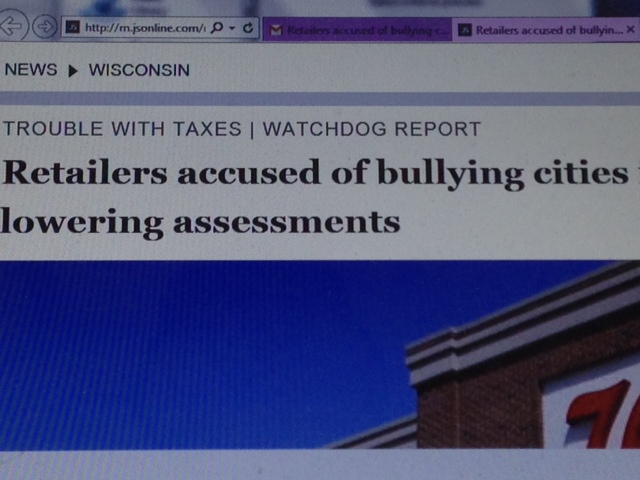 MICHIGAN’S NOT ALONE with its tax re-assessment woes. Take a look next door at Wisconsin.

An investigative report in the Milwaukee Journal Sentinel earlier this month highlighted a practice by numerous stores to aggressively challenge their assessments and win. Repeatedly.

The reporter refers to the stores as “bullies.”

Walgreens, in particular, has been very active in the courts. A quote from the article: “The company and its lawyers have challenged assessments across the state, ultimately suing municipalities 50 times in the past decade.”

But it’s been worth it to Walgreens. According to the article, Milwaukee has had to settle twice with Walgreens in recent years, paying out a total of $4.5 million. That’s a lot of change, money that otherwise might have gone to city services.

Now, we can argue about tax assessments–what’s fair, what’s not–but the fact is, these are big changes. And they may force us to reconsider what governments can and can’t do for their constituents in the future. 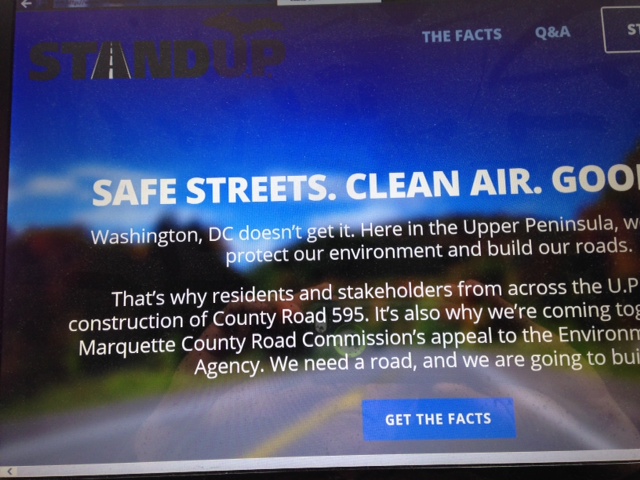 THE MOVE TO get the controversial County Road 595 built picked up steam this week.

The group Stand U.P. opened up its website, 595facts.com. The site provides information about the proposed road and allows visitors to donate to the cause. Stand U.P. is raising funds to help the Road Commission sue the Environmental Protection Agency over its refusal to allow the construction of 595.

Quick background: CR 595 is a north-south route, 21 miles long, through the heart of Marquette County wilderness, that would provide a shortcut for trucks and other motorists. In particular, it would keep the big trucks–logging, mining, whatever–away from Marquette, Negaunee and Ishpeming.

Proponents say it would save mileage for the trucks and wear-and-tear on the roads, it would reduce air pollution, and it would promote safety in the more heavily trafficked towns.

Opponents say it would be an egregious violation of the UP’s prized wilderness.

What makes this case especially interesting is:

1) Stand U.P., which is financing the lawsuit, is a private, non profit group, a 501c4. Donors’ names aren’t disclosed. The money could be coming from anyone. It’s safe to say the bulk of it isn’t coming from $5 contributions or bake sales or lemonade stands. It’s mostly corporate money.

2) CR 595, if it’s ultimately given the okay, will also be built strictly by private money. Not a cent of public funds. The private guarantees (from whom, we don’t know) are already there. That tells you that industry really…really wants this road.

The proposed road, despite the vehement environmental protests, may ultimately be the prudent choice. Maybe the EPA, in its opposition, has overreached.

That’s an argument we can sensibly have.

But what’s disturbing to those of us who value transparency is that private money–BIG private money–can dictate public policy. And do it secretively.

That’s the state of our democracy these days.