LOOKS LIKE WE may be getting a new deer ranch in the central UP.

It’ll be called the Circle L5 Whitetail Game Ranch, in Humboldt Township, just south of Koski’s Korner, off of M-95.

The owner, Alton Luce, out of Texas, has put together about 600 acres for the ranch, which he plans to encircle with a ten foot high, electrified fence. Nothing that’ll hurt humans much, he says, just enough to keep animals away.

Then he’ll bring in trophy deer and invite hunters, paying a nice bounty, to come in and track the deer down. And then (euphemism alert!) harvest them.

It’s a big business around the state and the country. And although hunting for trophy animals in an enclosed space is not everybody’s idea of sport, it is a bucket list item for many hunters.

Marvin Ruspakka, whose property is adjacent to the new deer ranch, met with Luce several months ago when Luce offered to buy his land. They couldn’t agree on a price.

Now Ruspakka and others have a few concerns:

1) The ranch will have to clear all the wolves, coyotes and bears out and re-locate them on other properties. Luce doesn’t disagree. It’s required by the state.

2) The deer will be imported. Will they bring in disease? Luce says no. They’ll be coming only from Michigan deer farms and breeders and they’ll be carefully checked.

3) It’s going to be a BIG fence, maybe unsightly to some. Luce agrees. That’s how you operate a deer ranch.

4) Could the ranch devalue surrounding properties? Who knows?

Luce, for his part, says he’s just a guy who’s worked in the oil industry (not a billionaire Texas “oilman”), loves to hunt and wants to retire on his deer ranch in a couple of years. He’s spending his retirement money on the ranch. He expects to open it in 2018.

He intends to be involved in the community, and work with the Wounded Warrior Project and Make-A-Wish Foundation.

Sounds like a pretty good guy spending his money on something he loves. He may face a little local resistance, but likely not much.

The U.P., after all, is deer country. With or without fences. 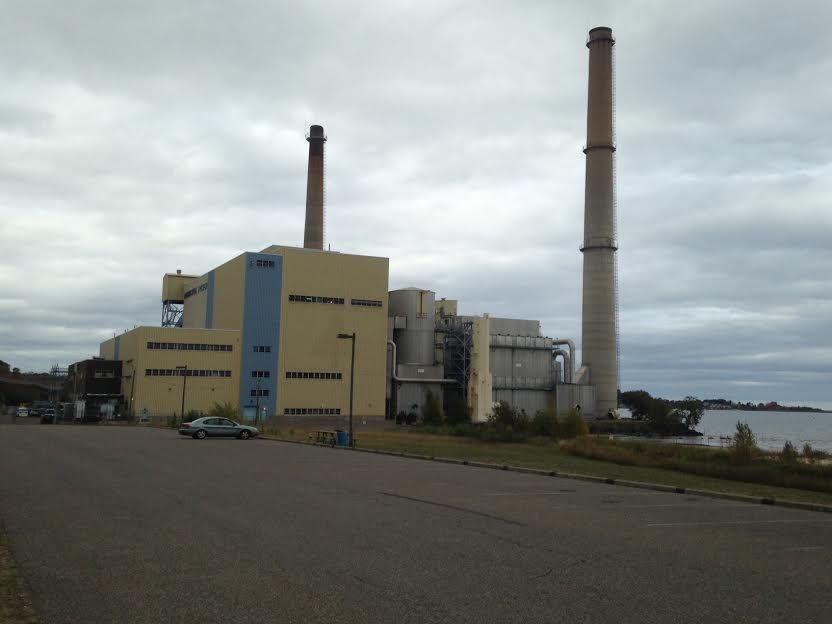 BIG DECISIONS AHEAD for Marquette on the energy front. Like, maybe in the next few weeks.

And there may be some pushback to the controversial plans of the Board of Light and Power.

The BLP has now officially signed off on building its own Energy Center, with three generators powered by natural gas and fuel oil. Cost? $77 million over 20 years, with debt service charges bringing it to well over $100 million.

BLP customers would likely see a 30% rate hike the first year, and 4.5% each of the two following years. Afterwards, we’ll have to see.

Yikes, say some customers and city commissioners who will have to approve the rate increases and the building of the Energy Center.

Is there any other way for Marquette to achieve reliable energy independence that’s a little more economical?

Rich Vanderveen, who’s built wind power installations downstate, told the BLP Tuesday night there is another, less expensive way. How? With a private developer who would build and operate the units locally and sell the power to BLP at set prices.

No debt for the city, no massive rate increases in the first year.

Makes some sense, but Vanderveen may be a little late to the party. The BLP has been studying this for years, and thinks the three unit Energy Center with the $77 million price tag is the way to go.

Next move is up to the City Commission. 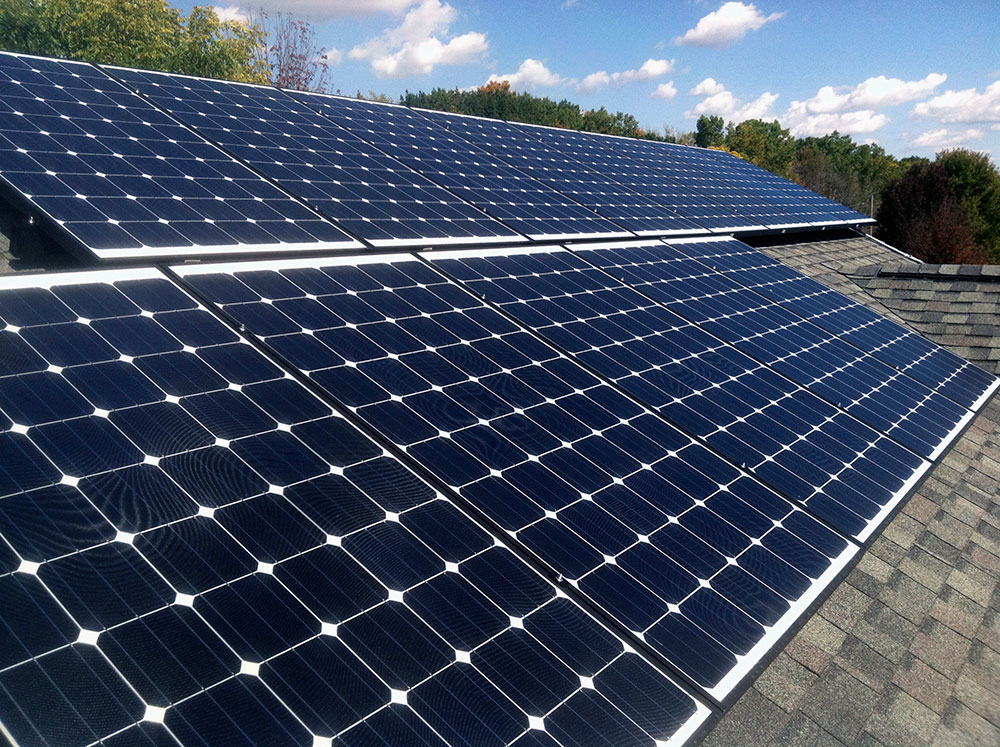 SPEAKING OF POWER, things are looking up at Peninsula Solar, the little two man operation based in downtown Marquette.

Further, 2016 looks to be a banner year for the little company, as well as other solar businesses, because federal tax credits for solar installations disappear at the end of the year.

The U.P. has been slow to buy into solar power–understandably, because we don’t see much sun during a long winter–but increasingly homeowners and businesses are starting to realize it makes financial sense if you’re planning to stay for a decade or more.

It’s not bad for the environment, either.

APPARENTLY, WE CARE about hair in Marquette.

On the 100 block of Washington Street downtown, we now have three hair salons. Serendipity just moved there. Actually, they’d been there all along, buried deep in the Masonic Square Mall, but with the closing of the Oasis gallery, they took over the front space, as well.

So now they have a prominent storefront.

Is there really a demand for three salons there, as well as another half dozen or so within a few blocks?

Hair care. Might be time to be start thinking about a career change. 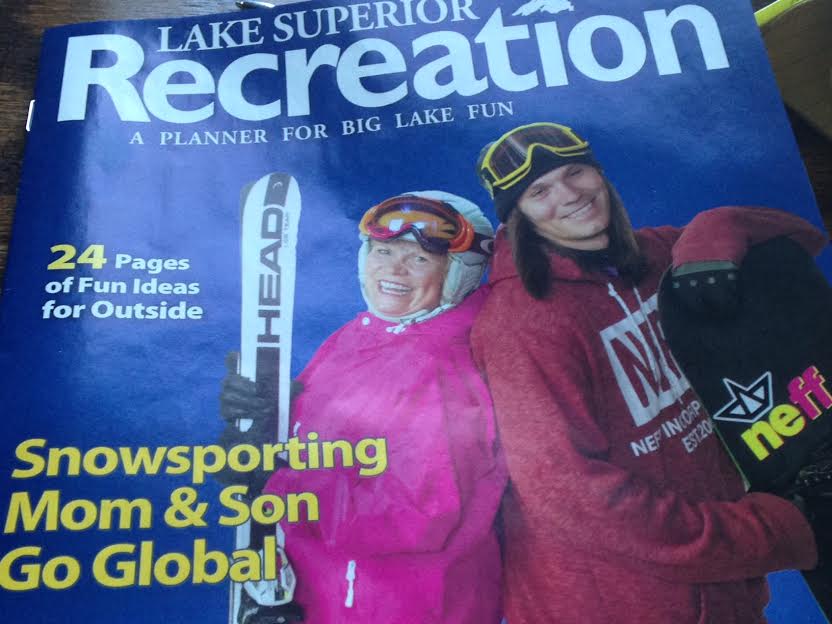 YOU’LL SEE A couple of familiar faces on the cover of Lake Superior Recreation, a tourism guide that you can find throughout the Upper Peninsula.

Realtor Frida Waara, with her skis, and her son, Ian Thorley, with his snowboard. Inside the magazine, they each write about their love of snow and the beauty of their respective sports.

Waara, of course, has traveled all over the world–including the Arctic and Antarctic–to ski, and Ian, likewise, has travelled internationally to compete in snowboarding events.

Her words: “…I tried snowboarding once–just once–at Marquette Mountain. It wasn’t pretty…I never got off the snowboarding bunny hill.”