And now a fourth business, Lake Superior Pizza, has joined the suit, charging that a local man, Raymond Little, defamed them by describing them on Facebook as racist and calling for a boycott of their businesses. The other businesses are Queen City Burger Company, Java Bay, and Pur Salon.

“All we want is a retraction and an apology,” says George Hyde, the attorney for the businesses. “If we don’t get it, we’ll be going to trial and asking for monetary damages.”

The two sides have been negotiating, and according to Hyde, his clients would likely accept a one day retraction and apology from Little on Facebook, with the ability of the businesses to take a screenshot of the apology so that they could repost it on their website or Facebook sites.

So far, according to Hyde, that proposal has been rejected by Little, and now a gofundme site has been started to raise funds for Little. Little’s attorney Brian Bloch said his policy is not to make any public comment on any pending litigation.

So for now, it appears that the legal battle may go on.

The original Facebook post charging the four businesses, along with a few others, and their owners, with being racist was taken down by Little weeks ago. 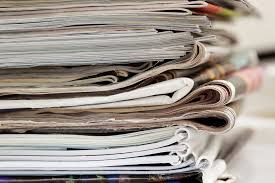 TROUBLE FOR THE media all across the nation. It had been bad prior to COVID; now it’s worse.

The nonprofit Poynter Institute, which tracks such things, counts 140 newspapers and chains that have downsized in the last four months, including the New York Times, McClatchy, Gannett, and the LA Times.

In addition, eight TV stations and chains have cut back, along with 21 radio stations, and 21 digital news organizations. The main culprit? Fewer advertising dollars. Businesses have reduced their advertising budgets because business has slowed.

Locally, the Mining Journal, of course, recently reduced publishing to six days a week, and also reinstalled its paywall for its online site.

And Marquette Neighbors, the monthly magazine/newspaper is still publishing in spite of the challenging conditions. The latest edition includes about 20 ads from local businesses.

Kristopher Kirchen has recently taken over as publisher after Bethany Vaughn stepped down, although she remains photographer for the magazine and an avid supporter.

“It’s important for our community,” she says. “It’s a positive publication. It gives us hope.”

That’s something we should treasure as we navigate the troubled waters of COVID. 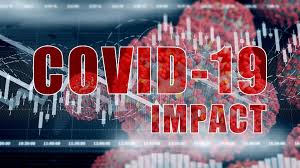 More financial aid on the way

SPEAKING OF COVID and the local economy…

There’s new hope for businesses still struggling with the recent slowdown and shutdown.

A new program–Michigan Small Business Retart Program–opens up for applications on Wednesday. $100 million in grants to be allocated to small businesses in Michigan.

Two local businesses, Lucid Coast (which operates Campfire CoWorks) and Park Chiropractic, are hopeful they’ll get some financial aid this time around. So far, they’ve been shut out.

“We’ve tried to get everything out there so far,” says Keith Glendon of Lucid Coast, “but we’ve gotten nothing. It’s been disappointing.”

“We’re cautiously optimistic,” says Michelle Park, co-owner of Park Chiropractic. “We could use the help. I think we’ll be all right if things don’t shut down again. If they do, then we’re all going to be in trouble.”

Unlike Lucid Coast and Park Chiropractic, it appears that the overwhelming majority of Marquette businesses that applied for the Paycheck Protection Program loans received them.

The loans, most of which will be forgiven, were designed to keep businesses afloat when so many of them had to shut down or severely cut back during the height of the COVID crisis this spring.

We were told a few months back that PPP would focus on small businesses but we’ve since learned that investment banks and fancy country clubs got huge chunks of the money. And Kanye West’s Yeezy apparel brand received at least $2 million….the Soho House, an elite membership club, got $9 million in PPP funds…and the Ayn Rand Institute, which rails against the evils of big government, received up to $1 million. Irony overload.

Maybe this time around, folks like Park Chiropractic and Lucid Coast might get in on some of the action.