QUESTIONS WERE RAISED last week when it was announced that LifePoint Health (the parent of UPHS) was being sold to or merged with RCCH HealthCare Partners.

The press release announcing the transaction made no mention of “Duke” as in “Duke LifePoint”, so did that mean Duke University was out of the deal?

No, says DLP marketing director Victor Harrington. Duke is still part of the equation. It shares ownership with LifePoint and has a “clinical affiliation” with the healthcare group.

Harrington further explains that it has an affiliation with only a handful of LifePoint’s hospitals. For example, it has ties to UPHS Marquette, but not to UPHS Bell and UPHS Portage.

Bottom line, Duke is still involved with DLP, but apparently it’ s not important enough to be mentioned as part of the financial transaction.

The deal likely won’t be consummated for a few months, maybe more.

(The earlier version of this article was incorrect. Duke does in fact share ownership in a joint venture with LifePoint.) 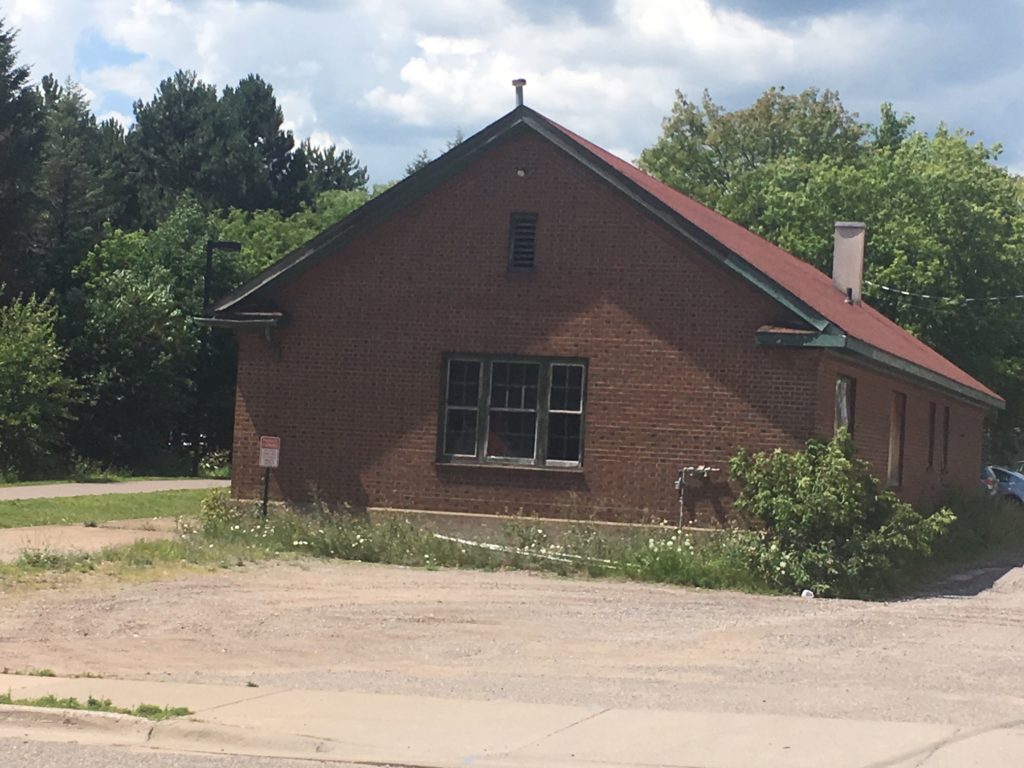 IF YOU WERE wondering about the jazz club that attorney Karl Numinen is planning to open downtown, it’s been delayed.

Not a huge deal, but he wants to get it straightened out with the city before he proceeds with the improvements. The city, he says, has been helpful, and they hope to have it resolved soon.

In the meantime, Numinen’s put the contractors on hold.

He’s still hoping to open his club by the end of the year. 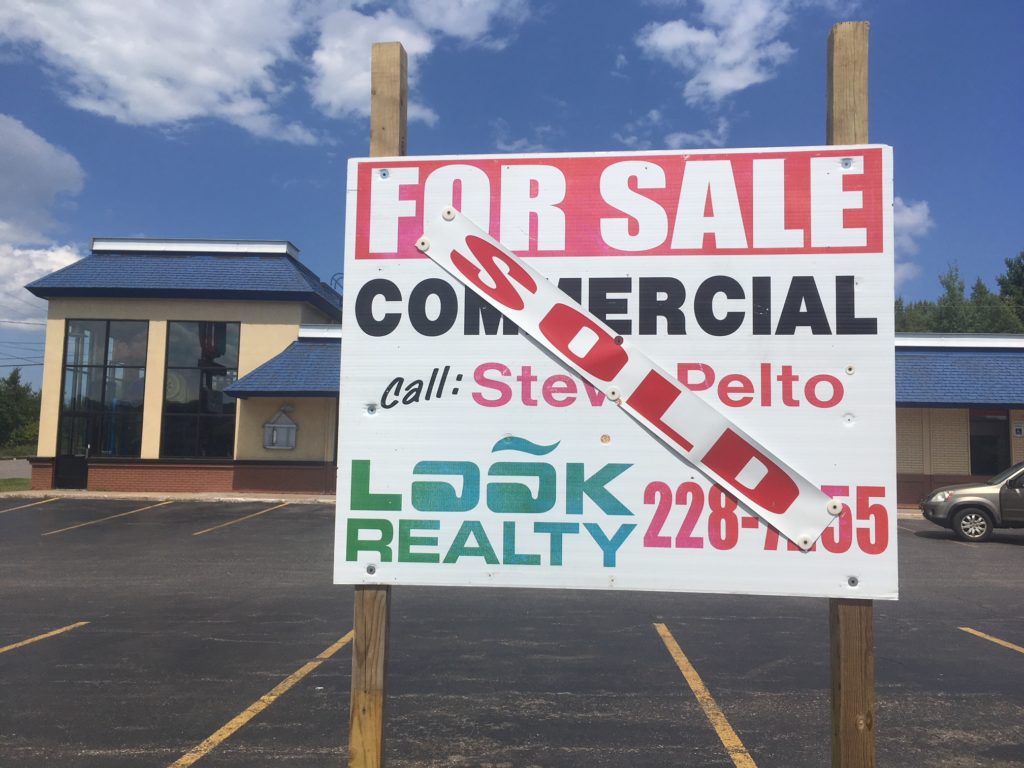 Okay, here’s what we know. The old BK store has in fact been sold. To an as yet unnamed Marquette County developer. And that developer is now looking for some commercial entity to lease the property.

This information comes from realtor Steve Pelto who engineered the sale of the property to the developer.

But Steve, what about Panera an’ Dunkin’ an’…an’…?

He knows nothing about that, or at least nothing he can say, other than the buyer is now looking for someone to lease that property.

It’s a big piece of land, by the way, much bigger than the building itself.

Just so you know, inquiries to both Panera and Dunkin’ Donuts corporate headquarters have gone unanswered.

So for now, it seems, the rumors will persist. 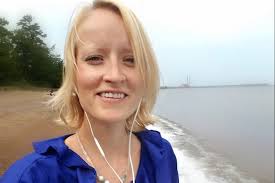 “THIS IS A really scary time of my life.”

The words of Anna Dravland, the young lady who had a stroke late last year, almost died, then slowly recovered, and managed to resume her job at Travel Marquette earlier this year.

Unfortunately, after three months on the job, she’s had to resign. She’s mentally and physically exhausted. Four more trips to the emergency room at UPHS Marquette. An inability at times to focus, to convert words into action.

She’s turning 35 in a couple of weeks and pondering her future. She’s applying for Medicaid, food stamps, and disability–heartbreaking because she loved her job and yearns to work.

But she can’t. More therapy lies ahead but the damage, doctors say, may be permanent.

She figures she’ll run out of money by the end of August. A fundraiser’s been scheduled for her at the Ore Dock on August 15th, and her mother–herself heartbroken–has set up a gofundme site for Anna.

Anna’s trying to remain optimistic, but reality can be cruel sometimes. 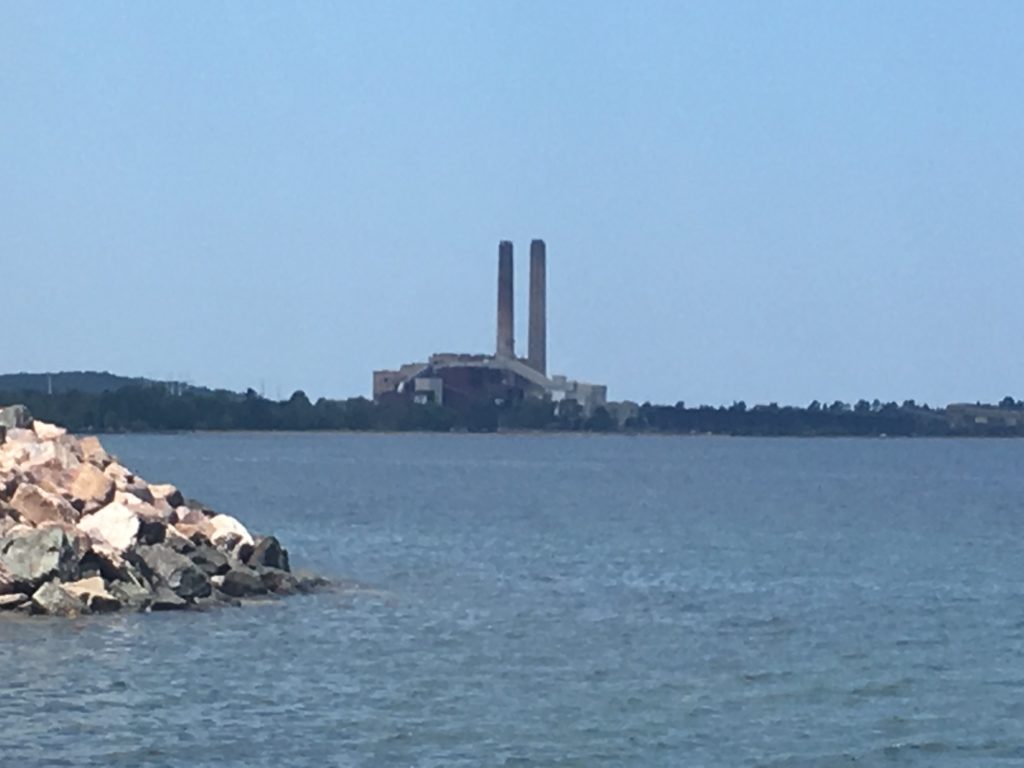 IF YOU TAKE a boat out on Lake Superior and look back at Marquette, you can’t help but notice the town’s two enormous bookends–the power plants.

The WE Energies plant near Presque Isle on the north and the Shiras Steam Plant owned by the Board of Light and Power on the south.

And what further strikes you is that by the end of next year, both of these plants will be dead or dormant. Producing nothing, but casting long shadows on our lake shore.

WE Energies has said it’s shutting down its plant for good next year when it gets its two new natural gas plants online. 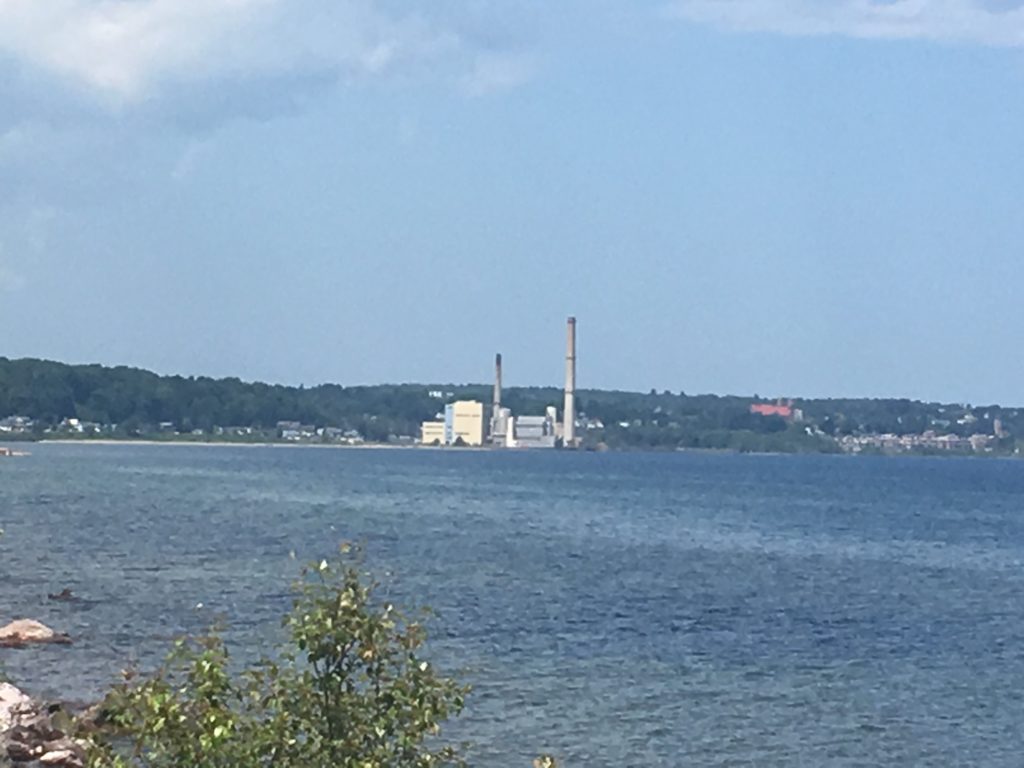 As for the Shiras Plant, it’s already “offline,” meaning it’s not producing any power because the new Marquette Energy Center, powered by natural gas, has taken its place.

So Shiras, a coal-fired plant, is essentially just a backup, but given the abundance, cheapness, and flexibility of natural gas, it seems unlikely it’ll ever be needed again.

BLP Board Chairman Tom Tourville says BLP is now considering whether to keep it as a permanent emergency backup, or to shut it down and dismantle it, or some status in between. A decision isn’t likely for several months yet.

Interesting sidenote: The land on which the Shiras plant sits actually belongs to the state, not to BLP or the city. If the plant shuts down, the property will revert to the state.

Oh, one more thing: The limestone that’s brought in by barge from time to time? That’s for CCI, not for BLP. 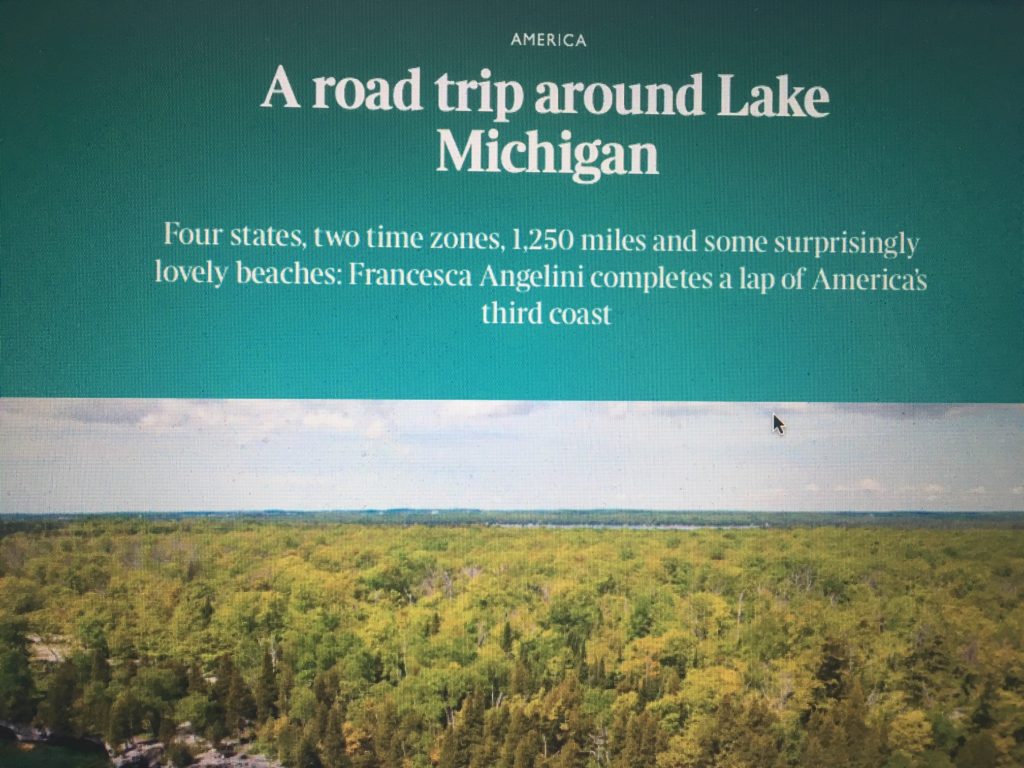 MORE PRESS COVERAGE of the UP and Marquette.

This article–“A Road Trip Around Lake Michigan“– from the Sunday Times based in London. You’ve gotta love the way the British use language.

Marquette’s “an outdoorsy town on Lake Superior.” The ore dock is a “hulking cathedral.” And Donckers is “chintzy calorific sandwich and candy shop.”

And of course, the UP’s famous pasties are “a gift bestowed by Cornish miners.” British pride on display. 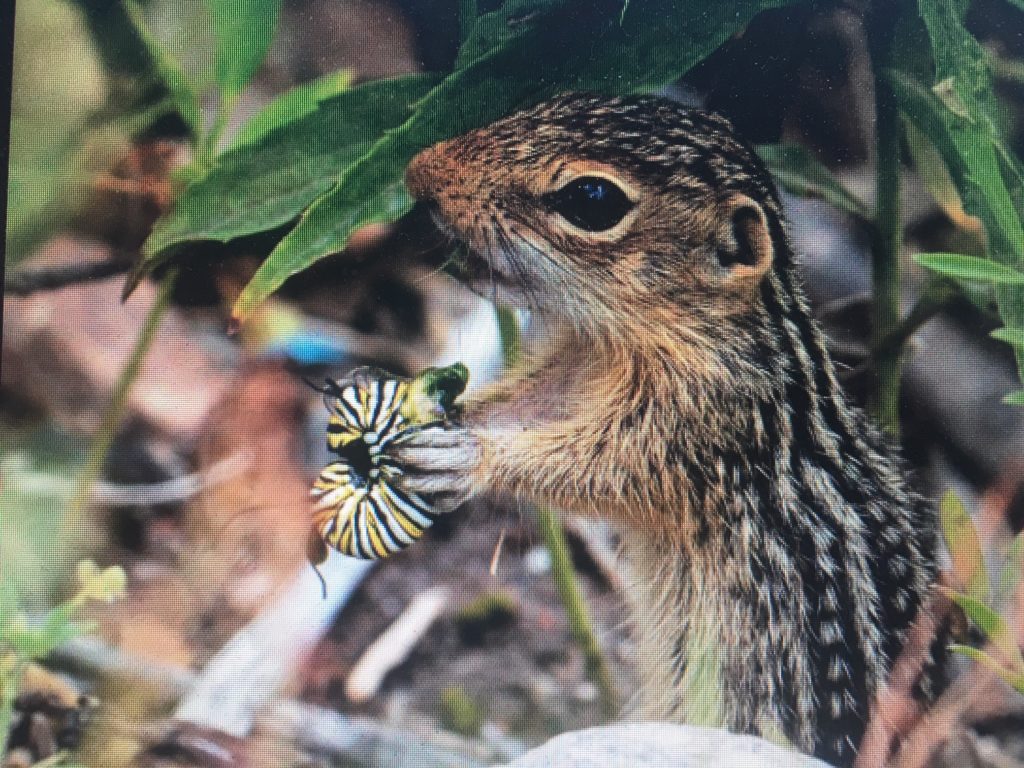 WE’VE MENTIONED IT before but we can’t help mentioning it again.

The wildlife photos that show up on Steve Lindberg’s Facebook page, like the one above, are nothing short of phenomenal.

Day in, day out, he produces remarkably clear and evocative pictures of animal and bug life near his home in north Marquette.

“If you just go out in your back yard,” he says, “and you  take your time, you’ll see a lot happening. You just have to be patient.”

He generally takes two walks a day–one with his two dogs (“They can be a pain in the ass!”) and one alone.

And he watches and waits, and clicks at exactly the right moment. Lindberg, a former state legislator and school teacher, has found his calling, and we’re all the richer for it.