For the last year or so, a Chicago development group had been planning to transform it into a small, upscale retail center but they never really moved on it. Now they’ve got an engineering team looking at the structure to determine what might be the best use for it.

Retail? Residential? Something else? Waldy Biernacki, one of the developers, says no decisions have been made yet. Maybe in three or four weeks, once the team has completed its work.

Of more immediate concern to the city is the hazard the building may pose–collapsing roofs and walls. One way or another, the city wants something done with the building. And soon.

Dave Stensaas, the city planner and zoning administrator, says the structure, which was built more than a century ago, appears  to have “good bones.” A structure worth saving if it’s economically feasible.

It’s an historical building on a valuable piece of property near the beach, but right now it can only be described as vacant and dilapidated. 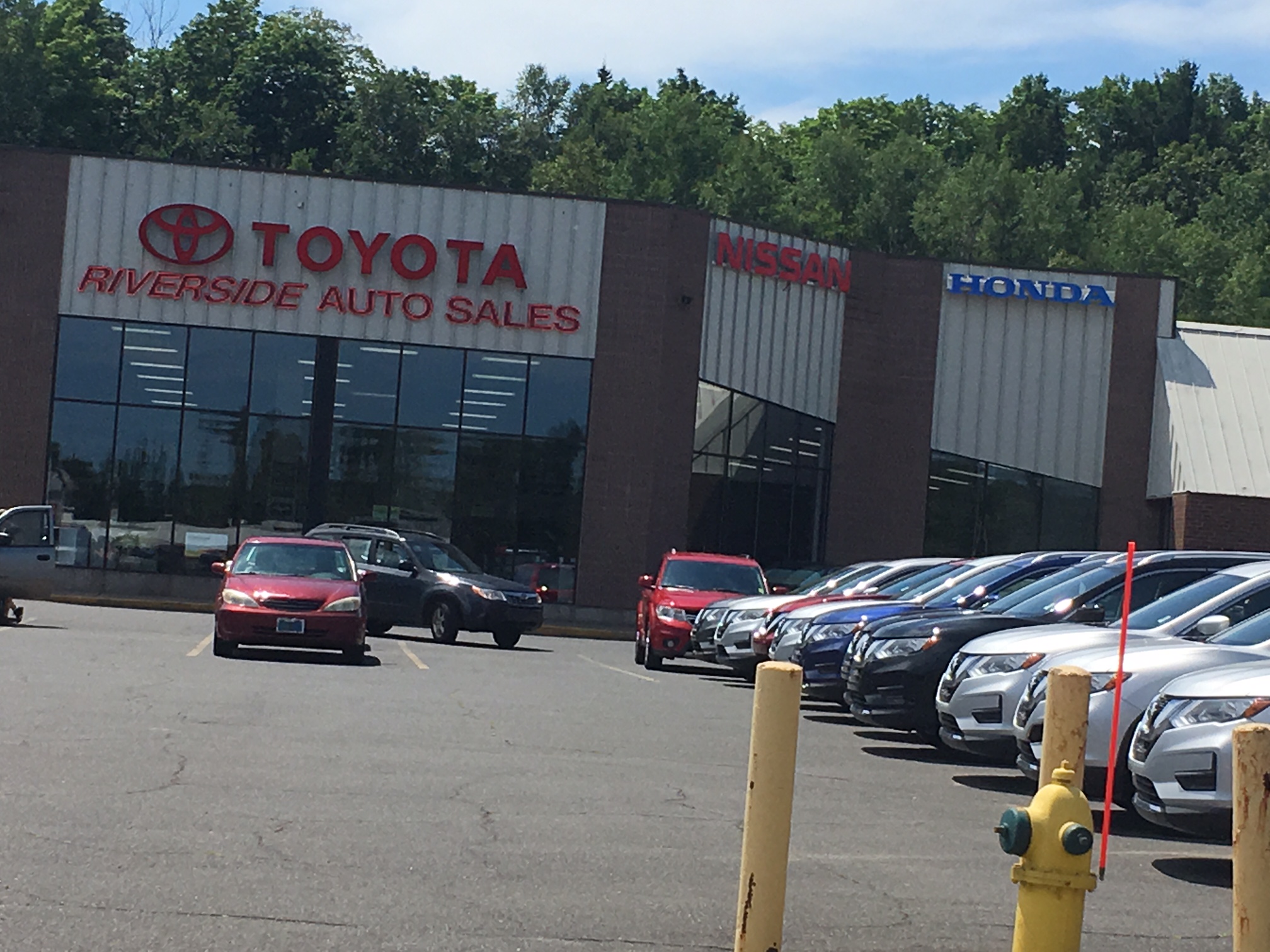 DON’T EXPECT RIVERSIDE Auto Mall to be moving down the highway to its new location near Walmart and Target anytime soon.

General manager Tim Dawson says they’re still waiting for their three automakers–Toyota, Honda and Nissan–to sign off on the building and design plans for the new dealership. Not a major hang-up. It just takes time to go over all the details.

And of course, there’s another problem: a shortage of construction workers this summer. The hospital and several other projects around town are keeping them all busy.

Dawson’s hoping Riverside can get construction for the dealership underway next spring.

Interesting fact: Riverside is one of the very few dealerships in the nation to represent three major automakers under one roof. 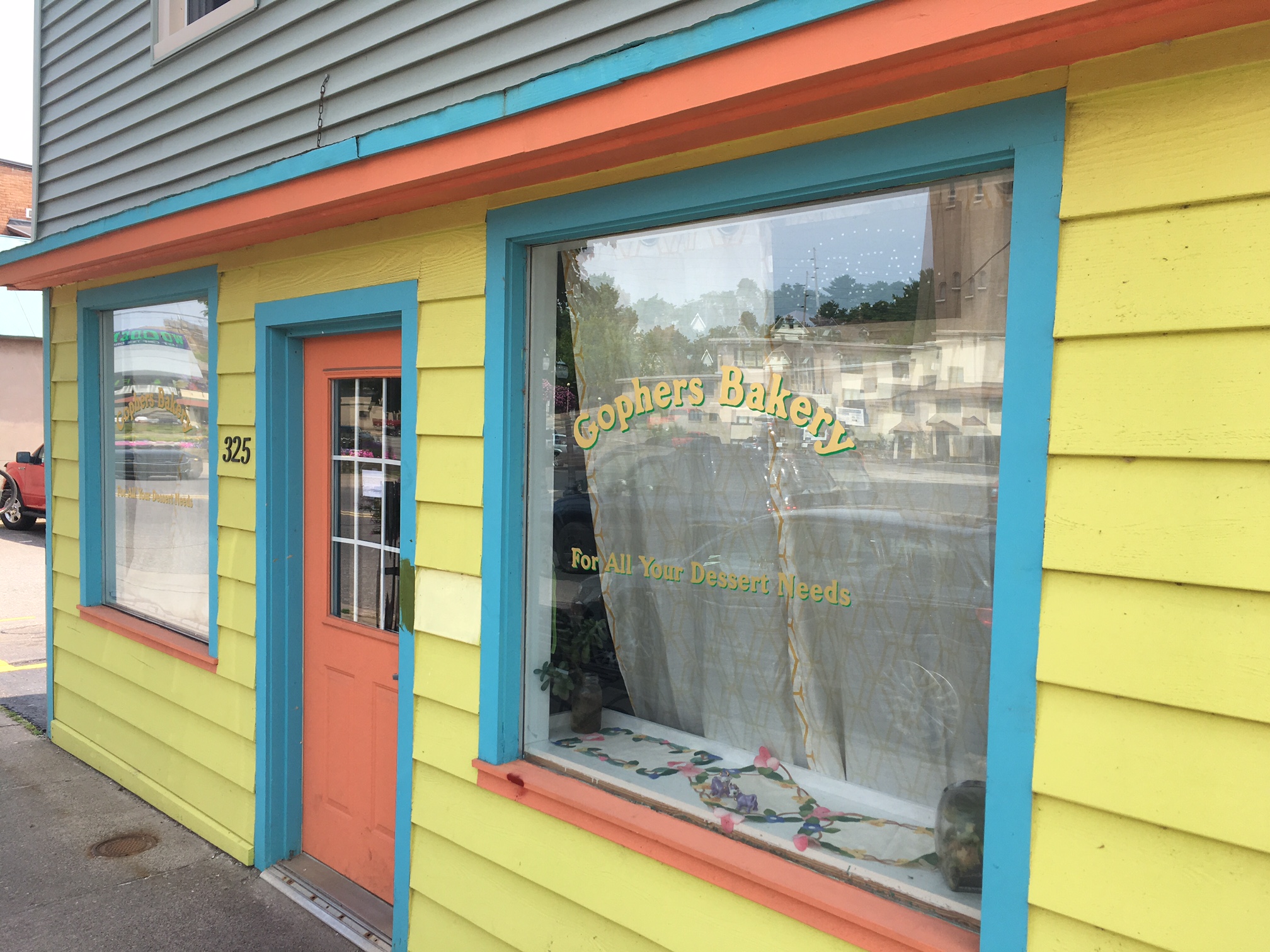 Gopher’s, the little bakery that relocated from Third Street to Washington Street less than a year ago, has closed down.

Attempts to connect with the owners have failed so far, but a sign on the door tells the story:

“….Thank you for letting us help you celebrate everything from birthdays to weddings, the good days and even some of the bad. We loved it all….”

You’ve got to admire people who put their heart, their energy, their time, and their money into business enterprises. Chasing a dream and sometimes capturing it. Sometimes not. 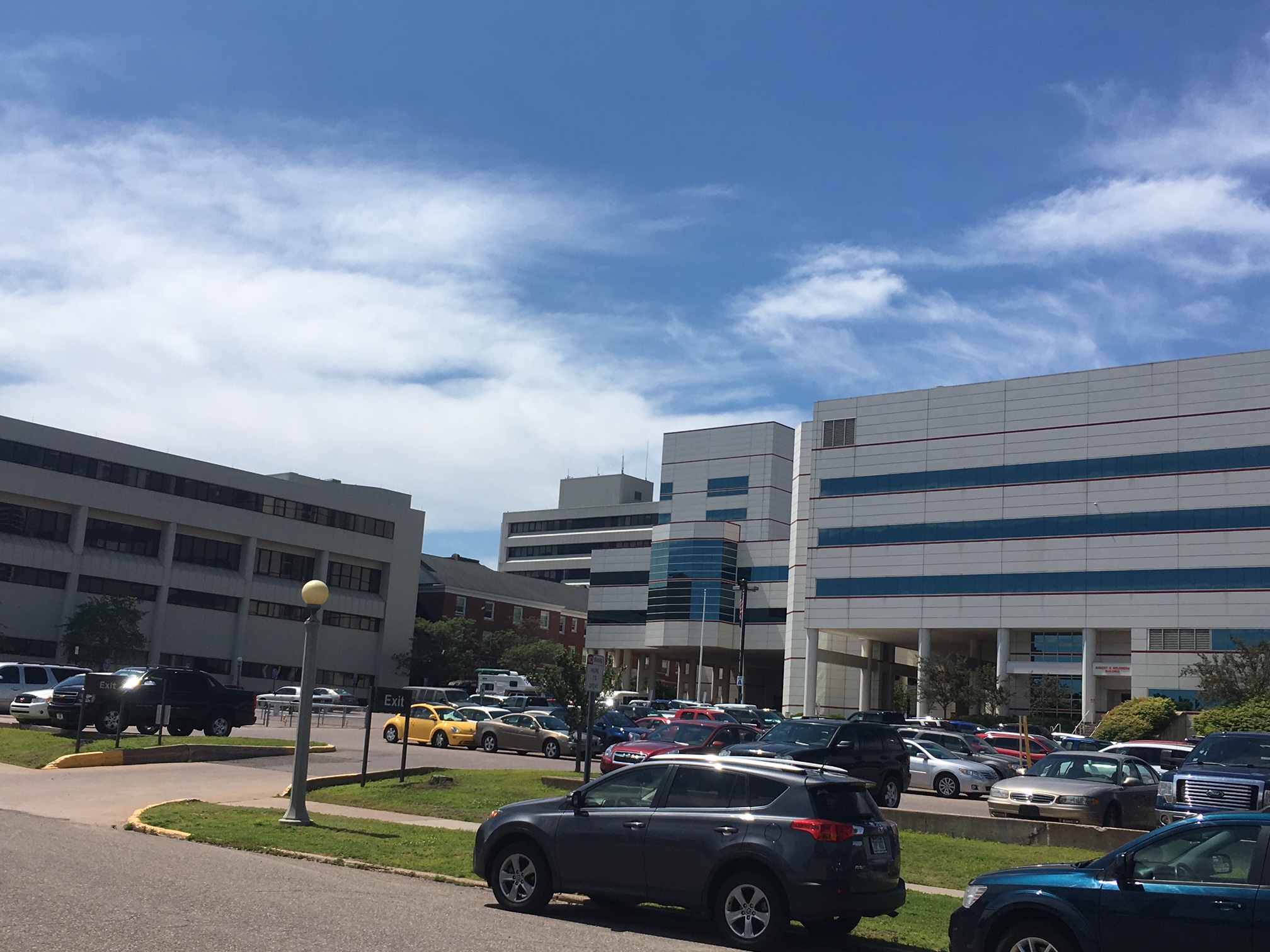 STILL NO CLUE on what’s going to happen with the old hospital property when UP Health System Marquette abandons it for its new hospital on US 41 next year.

A firm’s been hired to help the hospital decide how to “repurpose” the buildings but no proposals have come back yet. At least nothing that the hospital wants to make public.

Victor Harrington, the hospital’s marketing director, says UPHS is working closely with city officials and the local business community to determine the future of the site.

What nobody wants is huge, abandoned buildings in the center of Marquette. 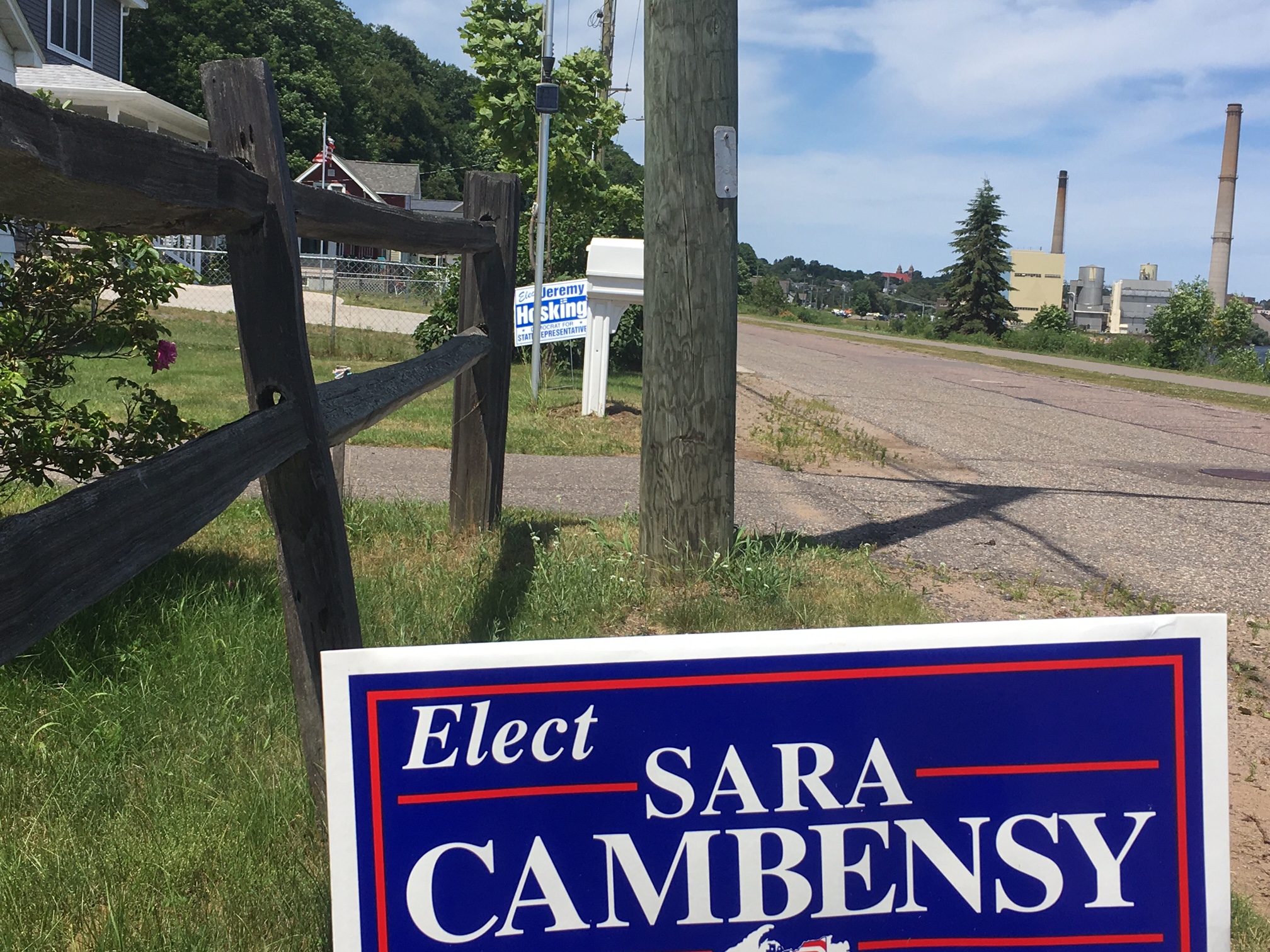 DRIVE AROUND THE eastside and college neighborhoods of Marquette, and you’re pretty certain city commissioner Sara Cambensy will be the Democrats’ choice for 109th State Representative in the August 8th primary election. Lotta signs.

Then you venture into other parts of Marquette and you become convinced that former Lindberg and Stabenow aide Jeremy Hosking will be the winner.

Then you head west to Ishpeming and Negaunee and you become absolutely convinced that county commissioner Joe Derocha has the election in the bag.

And if you head east to Munising, the guess is that Tom Curry, an Alger County businessman and township supervisor, looks like the likely choice.

A sharp geographical split that all the candidates are trying to lessen by broadening their appeal.

Meantime, Rich Rossway, a television executive and civic leader, runs all alone in the GOP primary, eager to see which Democrat he’ll face in November. 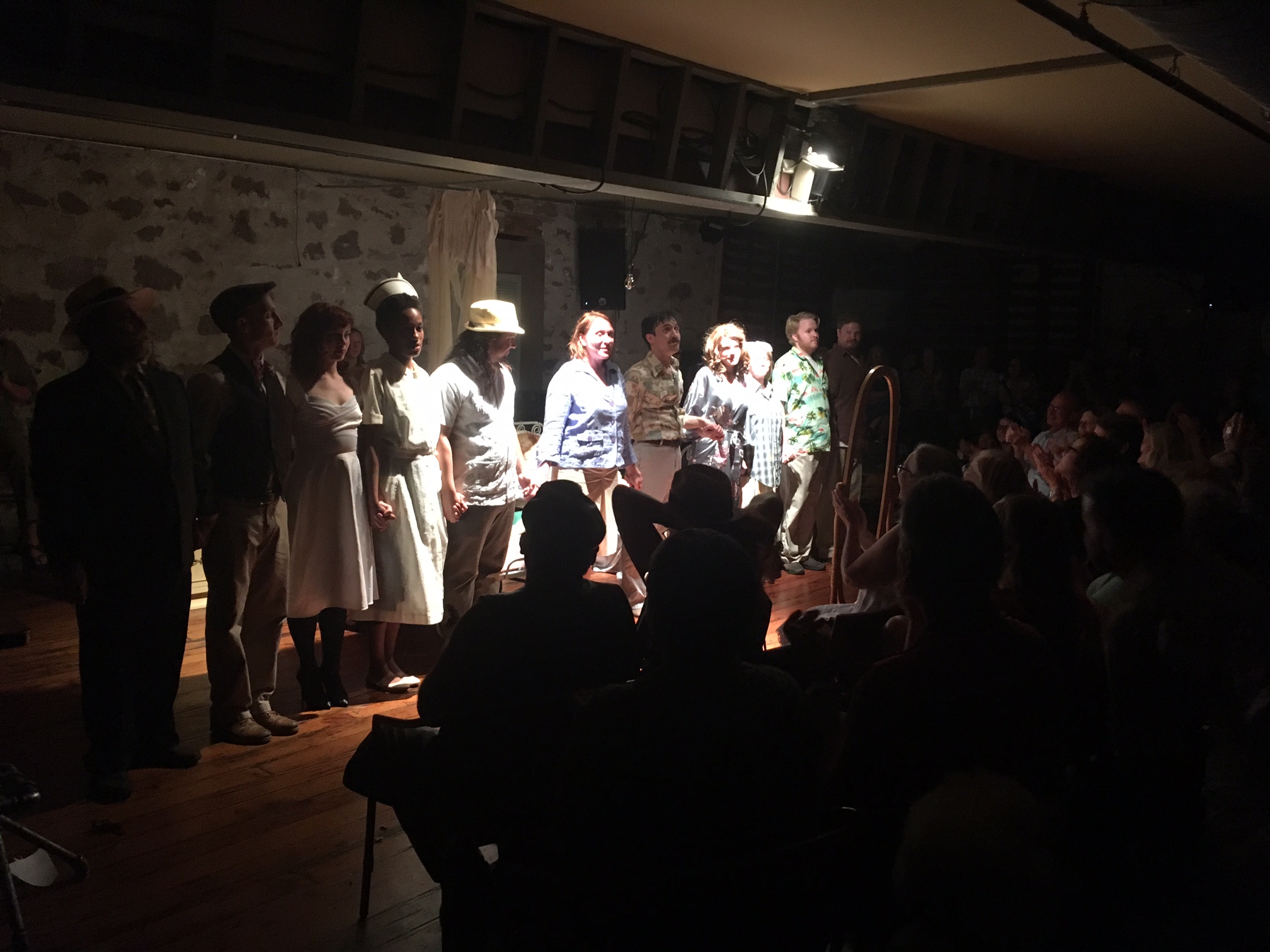 The drama currently being staged at the Ore Dock Brewing Company by the UP Shakespeare Festival is little short of phenomenal.

No surprise that it’s selling out its performances, and has actually added one more date because of audience reaction and the reviews. Last two dates to see the play are this Sunday, July 30th, and next Wednesday, August 2nd.

Few impressions: the Ore Dock, intimate and slightly funky (but in a classy way!) is a perfect venue for the Tennessee Williams play, and the jazz combo adds a moodiness that complements but never overwhelms the drama.

And the actors? Alastar Dimitrie and Mary Wardell as Stanley and Stella (Stella!!!) Kowalski are powerful and evocative in their roles. And Jessica “Red” Bays absolutely inhabits Blanche DuBois. A truly stunning performance. You believe every little gesture, every drawled syllable, every emotion that she delivers on stage.

Mr. Williams would be proud of what’s playing at the Ore Dock. 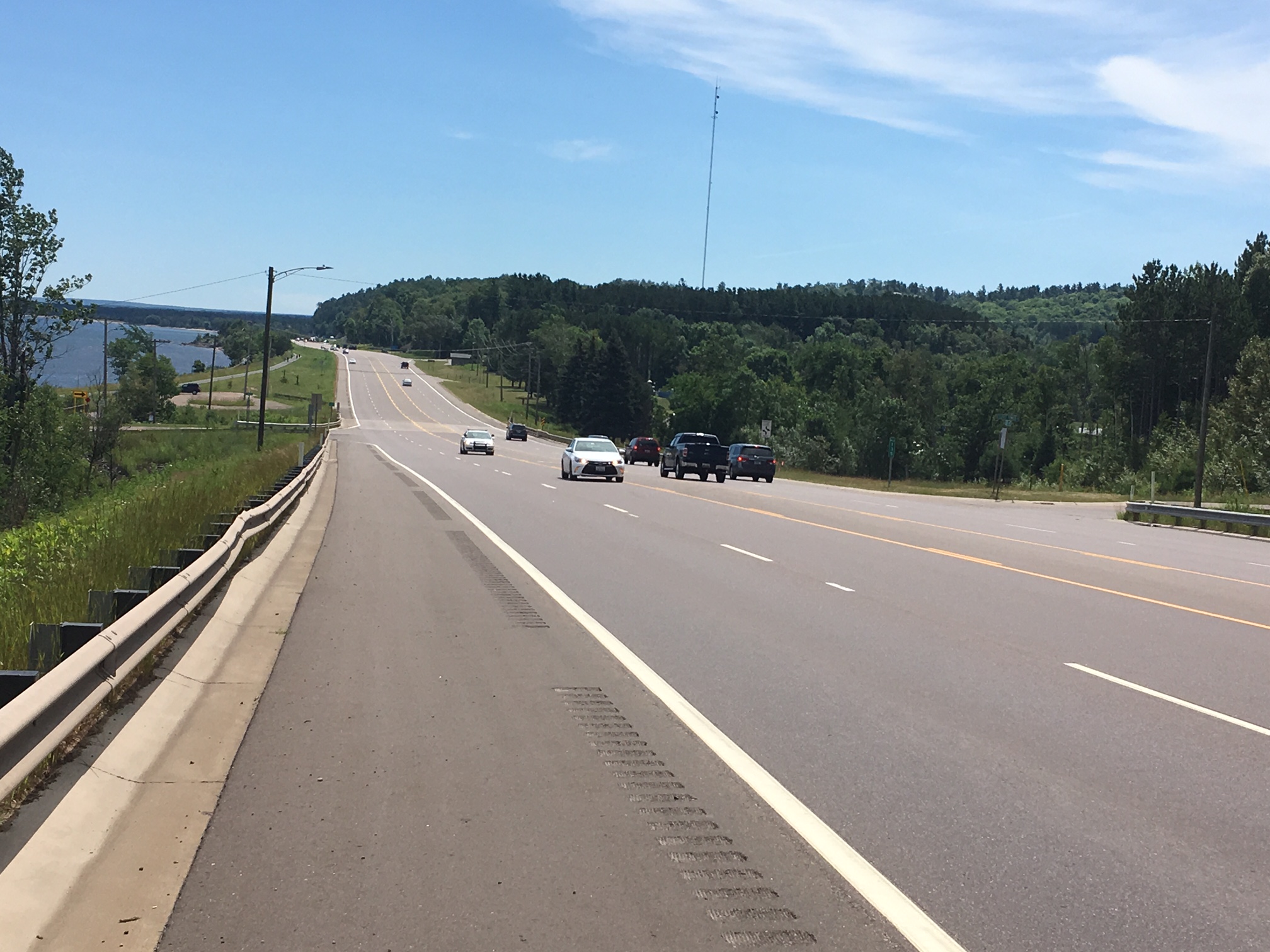 TRAFFIC STOP ON US 41 in Marquette last week.

Oblivious, uninformed driver didn’t realize that Michigan law forbids you from driving in the left lane unless you were passing another vehicle or you were about to turn left.

Or at least he didn’t think the law, which seems a little weird, was actually enforced.

Well, yes, it was, by a very pleasant and professional Marquette police officer who informed the oblivious driver of his infraction. Fortunately, she issued him only a warning, not a ticket.

Now, said driver is complying with the Michigan law.

Unlike the literally hundreds of drivers who violate it on US 41 virtually every hour of the day.