So how’s it going to work?

EXPECT THE MARQUETTE Farmers Market to open up later this month.

It won’t be on May 16th (this Saturday), the original opening date, but new market manager Sara Johnson says she fully plans to open it before June 1st. So that leaves May 23rd and May 30th as the only remaining Saturdays.

But when it does open, it’ll be very different from past years. No sunny, leisurely Saturday get-togethers for the community as we wander about, connecting with friends, and picking our produce and other locally made items.

Instead, it’ll be a strictly online market.

“We did research,” says Johnson, “and something like 85% of the people say they would be open to supporting an online market, so we’re very optimistic it will work.”

Initially, there will be only 40 vendors to choose from–just food, pet food, plants, and health items. No crafts.

The system is just about set, Johnson says. Will it change as the weeks go by? Will we be able to gather once again? Stay tuned. 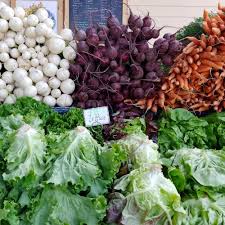 Big increase in sales so far

SO WHAT DO the farmers think of the set-up? Will it work?

“I hope so,” says Jeff Hatfield, the owner of Seeds and Spores. “We’ll see what happens. For a lot of people, the Farmers Market is as much a social event as anything else. And I’m hoping we’ll be able to move toward that later this summer. I know the people are ready for it.”

For Seeds and Spores, this last month has been a good one. Really good, up between 40 and 50% over last year, according to Hatfield. They’re wholesaling their produce and meats to the Marquette Co-op, they’ve been taking online orders, and they’ve been allowing customers to pick up their orders by appointment at the farm itself.

Why the healthy increase? Hatfield cites three factors: 1) Increased awareness of the value of locally grown food during the pandemic  2) Fear that food shortages might hit the UP  3) Alarm over possibly tainted meat from large processing factories.

Bottom line: So far, so good, at Seeds and Spores.

One negative, though, is the recent abysmally cold weather. Hatfield estimates that it’s put planting and harvesting back about two weeks. 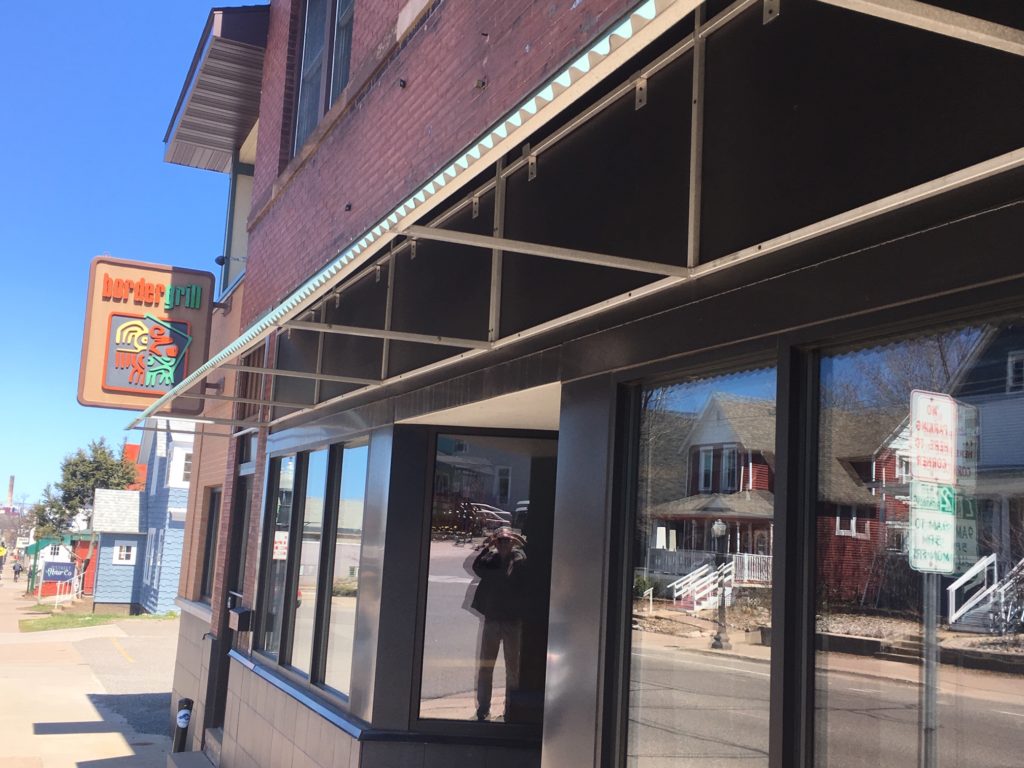 OUR RECENT POSTING about the future of the Border Grill on Third Street has drawn plenty of skepticism.

After all, it’s been closed down during the pandemic while the two other Border Grills have remained open. In addition, the furniture has been moved out, and the lease on the property is ending soon. So, clearly, the handwriting is on the wall.

Not so fast, says owner Chris Conklin, and he means it. “We honestly aren’t sure what we’re going to do with Third Street,” he says. “We’d like to open it back up, but we’re just not sure when we’ll make that decision.”

It all depends on the pandemic and the overall economy. Will conditions improve? Will customers come back?

Seems like the Third Street location–attractive to pedestrians and college students– would be perfect for Border Grill but you can’t blame businesspeople for their reluctance to commit at this point. Too much uncertainty. Too much money at stake.

Conklin says the restaurant’s furniture is, in fact, still on site. It’s just been moved. And although, some employees were initially laid off, any who wanted to return have now been rehired at the Washington Street restaurant where the take-out business remains very healthy.