The Flying Moose will feature local produce and meats, a deli, tables on the sidewalk and a picnic bench in back, beer and wine, outdoor gear, bikes for sale and for rent, local jewelry and art, and…who knows? Maybe even the kitchen sink.

Jeremy Poch’s the owner. A big man bursting with enthusiasm. He’s been in town for five years. You can’t help hoping his store’s going to be a big success. There’s nothing else in Marquette quite like it. 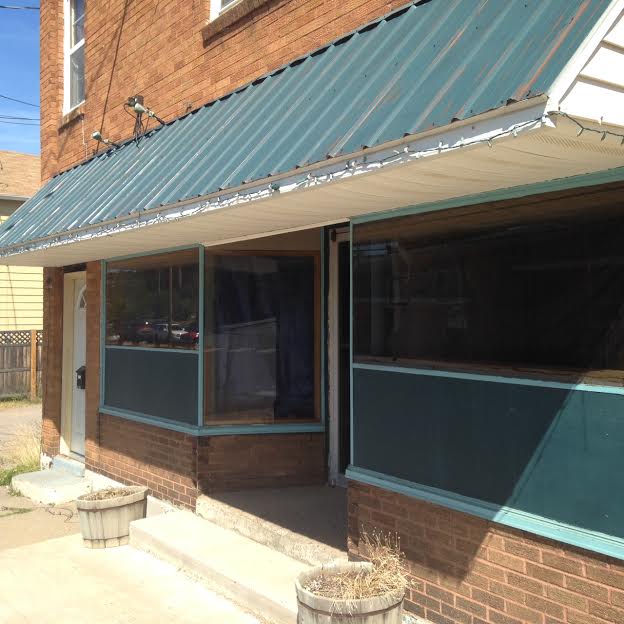 NOW, AS FOR the Nutty Goat, the new coffee shop at Third and Rock Streets, it’s going to be a while before it opens its doors. Some neighbors had wondered whether it might have closed down before it even opened.

Anyway, Seldon’s been doing all the work himself and it’s taken longer than he expected. They don’t have a sign yet, nor a menu, and they don’t have an opening date, but with a friendly, anxiety-free smile, he tells you, don’t worry, the Nutty Goat will open. Maybe in a month or two, maybe longer.

Oh, and Laura’s about to give birth to their second child. So they do have other concerns.

But it will open. Eventually. It’ll be a coffee shop offering breakfasts and lunches with healthful, local food. 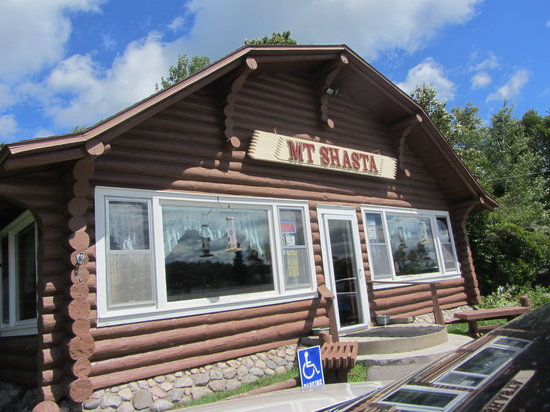 WONDERING WHATEVER HAPPENED to the Mt. Shasta restaurant on US 41 in Michigamme?

It’s still shut down with no hope of reopening anytime soon.

Quick background: It was closed down last year when it was determined that its water was contaminated with e coli. Officials couldn’t determine the precise source of the contamination.

Now, according to beleaguered owner Nancy Ferro, they have determined that the source is surface water, not the aquifer. But exactly where the problem is on the surface–a nearby lift station or mine shaft?–is uncertain. They’re still looking.

Ferro, in the meantime, is talking to  a water company about possibly installing a $22,000 filter but she says county and state officials have said they may not approve the filter.

And the water’s still contaminated, and Mt. Shasta (semi-famous for its role in the movie Anatomy of a Murder) remains closed during tourist season when the big bucks should be rolling in.

Actually, it’s not quite closed. Ferro is running a rummage sale–no food–out of the cafe on the weekends.

IT’S HARD TO believe but TV 6 still hasn’t been able to fill the meteorologist spot on its morning news. Going on four months now. Weekend weatherman Dan Giroux has been filling in but news director Steve Asplund is still searching for a permanent replacement for Shawn Householder who left back in April.

It’s an important position. Chemistry with Vicky Crystal and Sam Bauman is vital.

And then next Tuesday through Friday, TV6 alum and Marquette native Andrew LaCombe returns from his reporter gig at WLUK in Green Bay to do the weather. 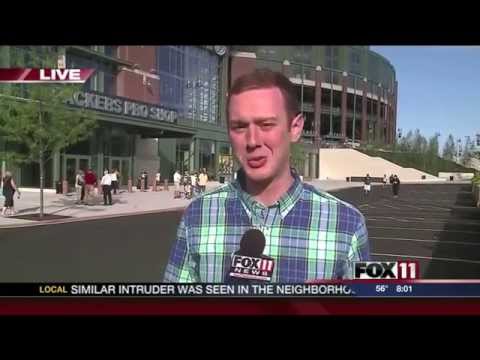 TV6 is still trying to fill two reporter positions, as well. Anybody out there wanna be on TV? 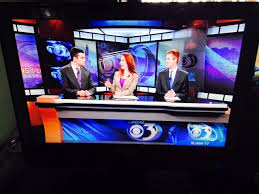 WJMN LOCAL 3 is having a similar problem. Still no permanent anchor for its 11 pm news.

Of course, you can’t just stick anybody who fogs a mirror at the anchor desk but you would expect that there would be a reasonably articulate, well-informed and attractive candidate out there willing to work in Marquette TV.

Even for less-than-impressive wages.

Good news on the management front, though. Mark Nebel, who’s been the general sales manager at the station for the last three years, has been promoted to station manager. It’s a newly created position, and what it means is that most decisions at WJMN will now be made locally instead of in Green Bay at parent station WFRV.

Nebel used to work at TV6 and he’s also made a name for himself as a longtime youth hockey coach.

Now, he needs to inject more aggressiveness into WJMN’s  website (which recently underwent a facelift) and get the station active on social media. Oh, and he could also help find an 11 pm anchor. 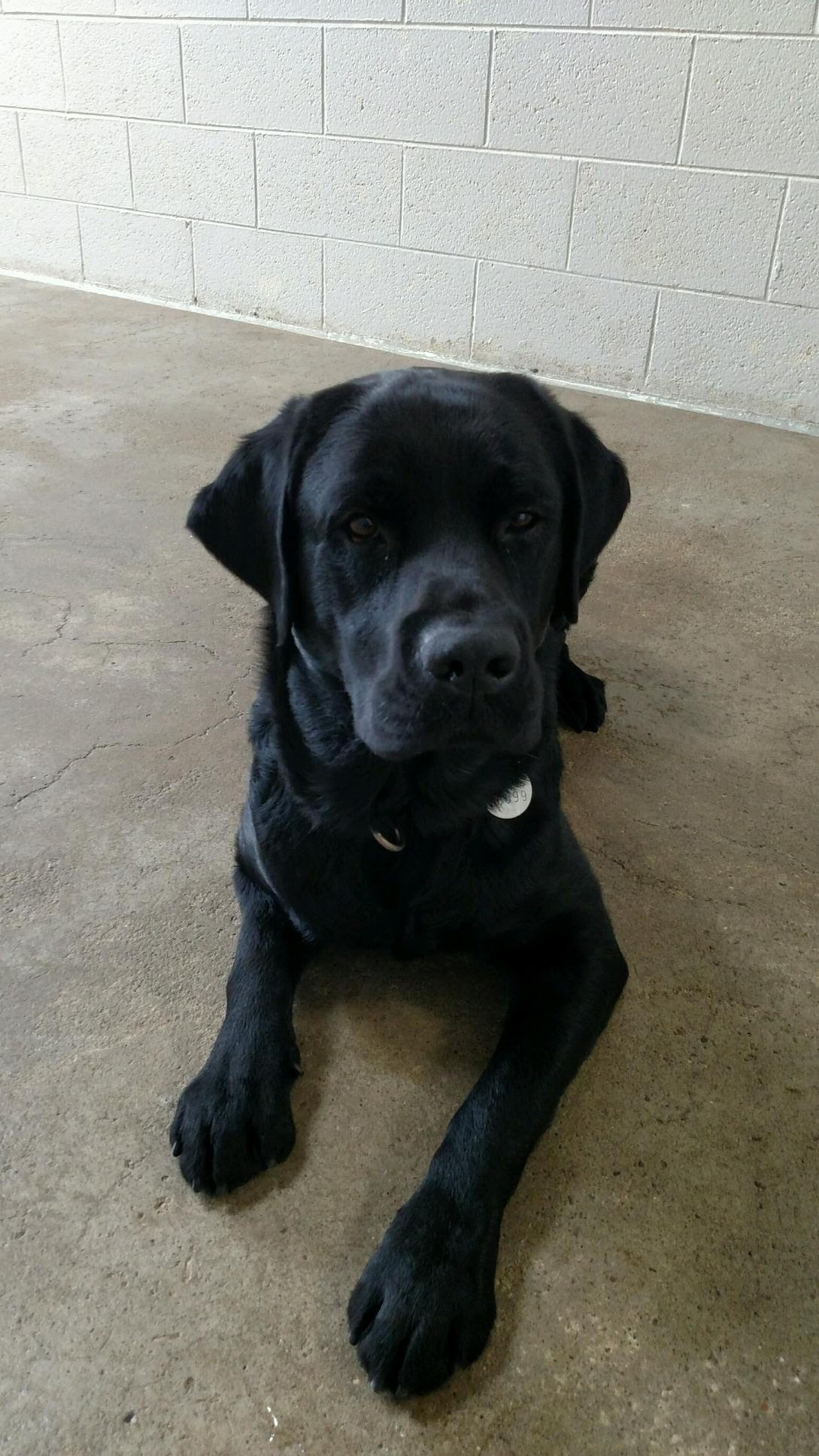 THE PROSECUTOR’S OFFICE in Marquette County has hired a new employee.

His name is Harv. He’s a black lab.

No salary for him, just free room, board and veterinary care.

He’ll be a “canine advocate.” That means he’ll be there as a calming presence for victims, family members or witnesses in crisis, whether it’s in a courtroom, a conference room, a waiting room or a hallway.

Don’t scoff. Prosecutors have found that people caught up in trauma are frequently put at ease if they have a responsive and sympathetic pooch nuzzling up against them.

Harv, like other canine advocates in Michigan, was originally trained as a guide dog for the blind but didn’t quite make the cut. He might have pulled too hard on his leash or maybe he didn’t stop appropriately or answer commands quite well enough.

Whatever. Now he’s here in Marquette waiting for his first assignment. If you’ve been traumatized by crime, he’ll be willing to sidle up next to you, stare at you with those big, loving doggy eyes, and maybe even lick your cheek. It’s guaranteed he’ll lower your blood pressure, maybe even put a smile on your face.