Food Coming to The Courtyards, “The Best of” in Marquette and the UP, and a Predictable “Positive” at NMU

T boys and tapas are on the menu

That’s what chef Don Durley tells you about the much anticipated opening of food service at his south Marquette bar, The Courtyards.

At first, he suggests it might be within two to three weeks, then he backs off, then he says he might even stage a quick, little pop-up restaurant for a day or two.

“We’ll open when we’re ready, and when we do open, we’re going to knock it out of the park,” Durley says. He’s not a  man lacking in confidence.

And he does finally tell us more about what he and his staff are going to offer. T Boys, which are a smaller version of Poor (or Po’) Boys, will be a main feature. All types, all meats. They’ll also have whitefish offerings, which he guarantees will be as good as any in the UP. And finally, The Courtyards will introduce tapas (little plates of food) that will change from day to day and week to week.

He expects to employ about 15 people in the restaurant which will actually operate out of an old Bunny Bread truck that’s been totally renovated. The truck is located inside The Courtyards in a large room adjacent to the bar.

But of course, what’s most important is what will come out of the kitchen. The quality of the food.

Durley’s got 46 years experience in the restaurant business and he’s earned a stellar reputation with Lagniappe, his Cajun-Creole restaurant downtown. He opened up The Courtyards to the drinking crowd a year ago, and now at long last, we’ll soon have food there.

Exactly how soon? He starts to answer, then hesitates, gives you a little smile…then reiterates: “When we’re ready.” 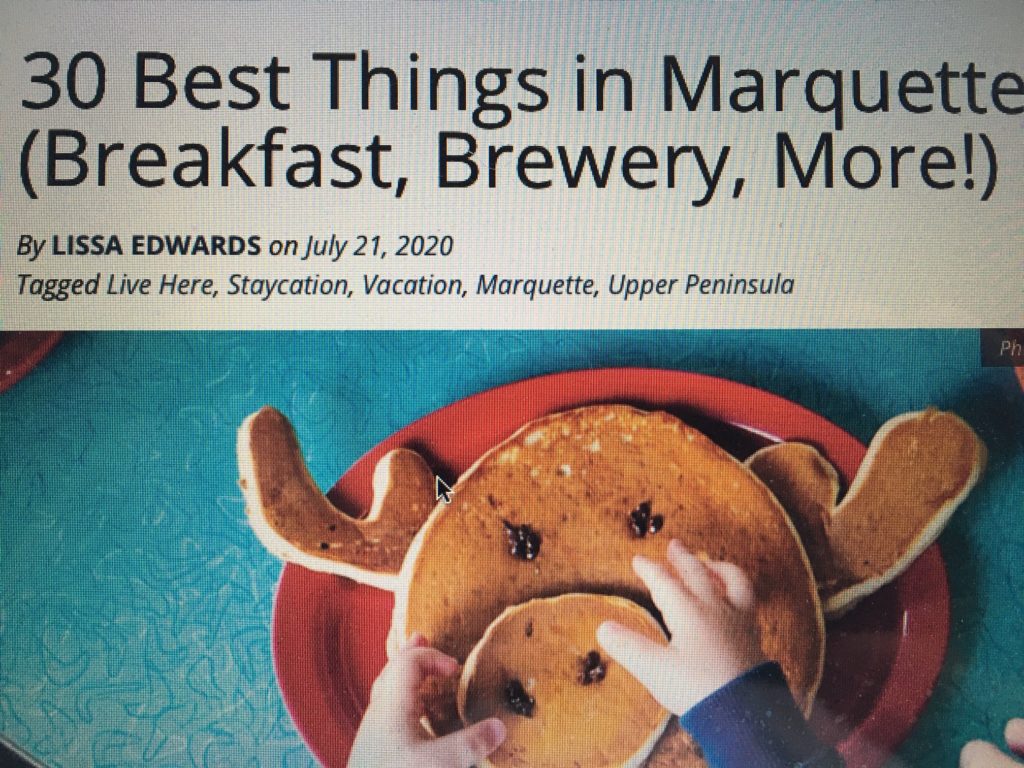 Winners in Marquette and Munsing

WE ALL LOVE lists… especially those “Best of” lists.

The latest to come out are from mynorth.com, voted on by regular folks, according to the publisher. Marquette gets a separate set of ratings, as does Mackinac Island, while the rest of the UP is clustered into the “Above the Bridge” region.

Some of the Marquette winners:

In the “Above the Bridge” region, Munising businesses did remarkably well:

Okay, it’s not really a scientific poll and some of the ratings seem arbitrary, but it is something to talk (and argue) about, and it gives recognition to businesses, people, and places that are struggling to stay above water during this most challenging of years. 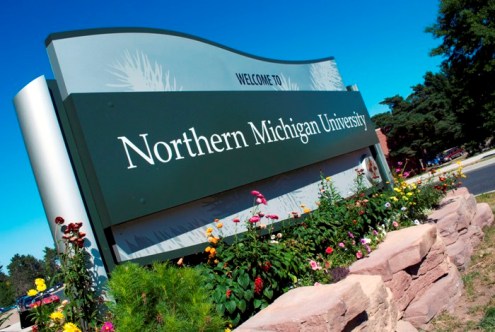 A hint of what lies ahead

News that one NMU student has tested positive for COVID certainly hasn’t brightened spirits at the university, but it shouldn’t be all that surprising.

But still, if you bring in 6000 students to NMU and test them immediately, which NMU plans to do, you’re almost certainly going to find plenty of “positives.” One percent would mean 60 students would test positive, two percent would be 120 students. No getting around it. And according to NMU president Fritz Erickson, those students, upon testing positive, will be quarantined in Spalding Hall until they’re deemed safe to return to the rest of the campus.

As for the one student who so far has tested positive, the university is releasing virtually no information. Privacy concerns. But university spokesman Derek Hall says NMU was notified of the positive test by the Marquette County Health Department, contact tracing has already been completed, and other protocols are now being followed.

This semester will be like no other in NMU’s history.