With the last couple of parcels now in development, and as Founders Landing rounds into form, we can take a look at the impact it’s had on the community.

What used to be a defunct rail yard, and an uninviting stretch of lakefront, has now become a busy destination for visitors and residents alike.  A nice jewel in the solid gold setting of downtown Marquette.

It brings to mind the development of the lower harbor coal unloading facility into what is now Mattson Park.  What was once a filthy industrial site is now a centerpiece of downtown activities.  Founders Landing has followed a similar path, 180 degrees to the good. 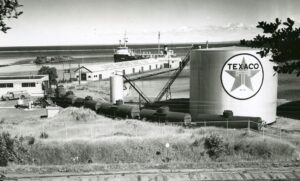 Previously an uninviting wasteland stained with the remnants of a rail yard and fuel storage site, Founders Landing is now home to well-manicured condos, apartments, and hotels, and… greater access to the shoreline.

What was once known as Bums’ Jungle now looks nothing like the former home to the homeless.

From south to north, we start with the soon-to-open Fairfield Inn.  Do we need another hotel?  Apparently.  Hotel owners typically don’t invest where people aren’t going. 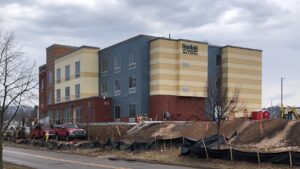 The Fairfield Inn, scheduled to open in late May, will have 92 rooms, a saltwater pool, and a beer and wine lounge.  There are no meeting rooms, so it’s not so much a destination as it is a port of call.

Just up from the Fairfield will be the Gaines Rock Townhomes.  Named with a nod to the rock outcropping out its front door, this development represents more of the condos we frequently see decried as the end of Marquette civilization as we know it.

However, with 11 units of 26 already sold, it’s obvious not everybody disdains the condo lifestyle.  (Don’t let last winter’s mild manners fool you.  Homeownership and the joy of seasonal maintenance present challenges not found in the condo complex.)

Immediately north of the townhomes are the original Landing Condominiums.  A full six buildings with 42 units, tastefully designed, towering over the landscape while providing the much sought-after view of the bay.  Sound good?  Sorry.  Sold out. 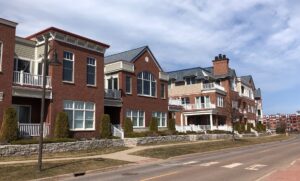 But the story of Founders Landing, or that of any new development for that matter, can’t be told without acknowledging the eggs broken for the omelette.

Development, with all of the good it brings to a community, is usually not a zero-sum game.  New homes on a forested hillside?  Nice.  But somebody just lost their favorite bike trail.  It’s usually things you don’t even notice unless it happens to you.

In the case of Founders Landing, some of the loss is tangible.  Without a doubt, the big east-facing buildings provide an unobstructed view of the distant horizon… unless you’re on South Front Street, or… worse, you live up on the bluff where your view has gone from the lake to the laundry room.

It’s been suggested that much of the dissatisfaction with Founders Landing comes from what is called “nostalgia for vacant spaces,” where people tend to romanticize blighted property that was either relatively vacant or at least in quiet decay that had no direct effect on their own property or lives.

In other words, a pining for the good old days, which probably weren’t all that good to begin with. 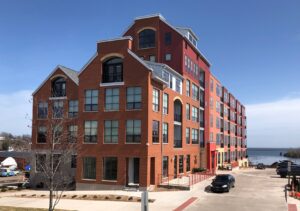 While we’re here, let’s cross Baraga Street to the Customs House, also under construction.  Here’s a case of a building that was probably closer to collapse than quartering, but somebody had a dream and instead of getting razed, the Customs House will soon enough be another downtown success story.

A lot of Brownfield money helped Founders Landing happen… along with some investors willing to bet on Marquette.  But, financially, if they’re winners, they’re not the only ones.

Prior to development, tax dollars from the property totaled a big fat zero.  This year state and local taxes captured will be close to three quarters of a million bucks, and projected to be double that in a few years.  Taking advantage of Brownfield incentives has worked at Founders Landing, and will work for future Marquette projects. 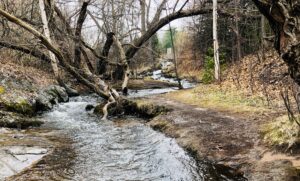 Are hotels and condos exactly what you wanted to see down there?  Maybe not.  Sure… we all love parks and public spaces.  But they don’t pay the bills.  And Marquette, for its size, already has more green space than most every other city in the country.

With whatever faults you might find, Founders Landing has undeniably helped pump new life into an important part of this city.

With Founders Landing at capacity, the link between downtown and south Marquette is now complete.  And with that, south Marquette has experienced some new life of its own to go along with its well-established neighborhood pride.

There’s a new card club, 906 Poker, in the convenient, albeit tired, Southgate Center. 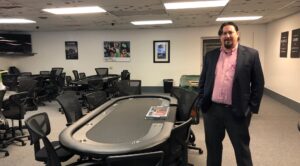 And there are plenty of other successful businesses apparently happy to call south Marquette home… including McCabe’s Quality Flooring, the Huron Mountain Bakery, and Mares-Z-Doats, to name just a few.  And of course, Cal’s. 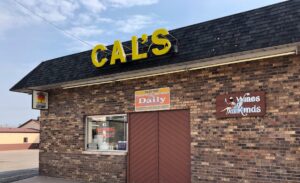 Cal’s… serving the southside since 1970. (Try their pasties.)

Hurley Field and the accompanying park still draw crowds… when crowds are allowed. And the neighborhoods are filled with folks who actually know their neighbors and can, without being asked, cite who used to live there, and who lived there before that.

It’s no longer your father’s south Marquette, but if he’s still around, he might like what he sees. 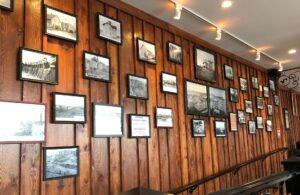 Summer visitors… and there will be summer visitors, will be welcomed by a vibrant entrance to the city on a street bustling with new development and adorned with beautiful flowers, thanks to the work of the Marquette Beautification Committee.  That’s a pretty good first impression.  Gives the rest of the city something to live up to.