From Tacos to Books, and from NMU to Border Grill

“I’m loving it,” he says. “For the last few weeks, I hadn’t been sleeping very well because I’ve been worried about the change in my life, the new job. But actually now, over these last few days, I’ve been sleeping really well.”

Walker, of course, is the guy who ran the beloved Dia de los Tacos food truck for the last six years, but then decided enough was enough.

He’s now working at Marquette’s equally beloved Snowbound Books. This week he’s getting acclimated–doing inventory, processing books, selling them, and learning as the other employees do their jobs.

So…what does he miss about selling tacos out of his truck?

“Not a damn thing,” he tells you, though he concedes he’s grateful when book buyers tell him they loved his tacos. “For the first few years, the truck was fun, it was new, it was creative. But for the last few years, it just felt technical.”

What’s he like about his new job? Being around books and book readers. Also walking to work in ten minutes, and not worrying about spending endless hours in his truck this upcoming winter.

As for the old blue truck, Walker says it remains for sale, although he has at least one very serious prospective buyer. Regardless, it’s fair to to assume that whatever comes out of that truck in the future likely won’t be equal  to what Dia produced for the last several years. 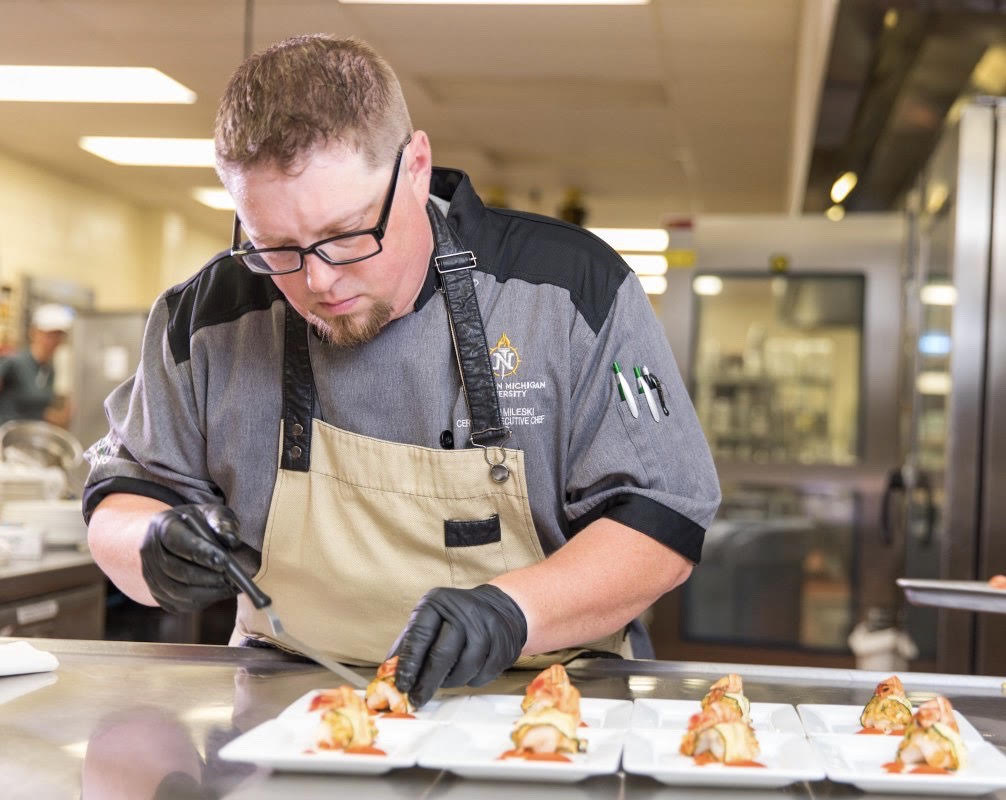 ANOTHER MAJOR TRANSITION. One of NMU’S greatest assets is leaving and moving to the private sector.

Nathan Mileski, the university’s executive chef and director of catering and events, is signing on with Border Grill. Mileski, a much decorated American Culinary Federation Executive Chef, has been with the university for more than twelve years.

“I was on a path where I wanted to re-evaluate my future every five years, and now it’s been more than twelve, so I think it’s time to move on to a new adventure,” Mileski says.

He leaves at the end of the month. He doesn’t have a precise title or duties at Border Grill yet but he’ll be overseeing the entire food operation–supplies, recipes, costs, possible improvements to the product.

“I like Border Grill,” he says. “I like the food. I’m not going to disrupt things. I’ll just be there with a fresh set of eyes.”

Border Grill, with three stores, was recently bought by Chris Conklin of Munising. Mileski says, without elaboration, that there’s a possibility that Conklin’s business, Focus Restaurant Concepts, could expand beyond just the Border Grill stores in the future.