TALK ABOUT A quick reversal.

The KBIC-owned gas station and convenience store on US 41 in Marquette Township suddenly reopened last Friday, a month after it had surprisingly closed down.

All but one of the employees are back on the job.

A strange turn of events, to say the least. The gas station, built only four years ago, is the only one on the south side of the highway for miles in either direction. 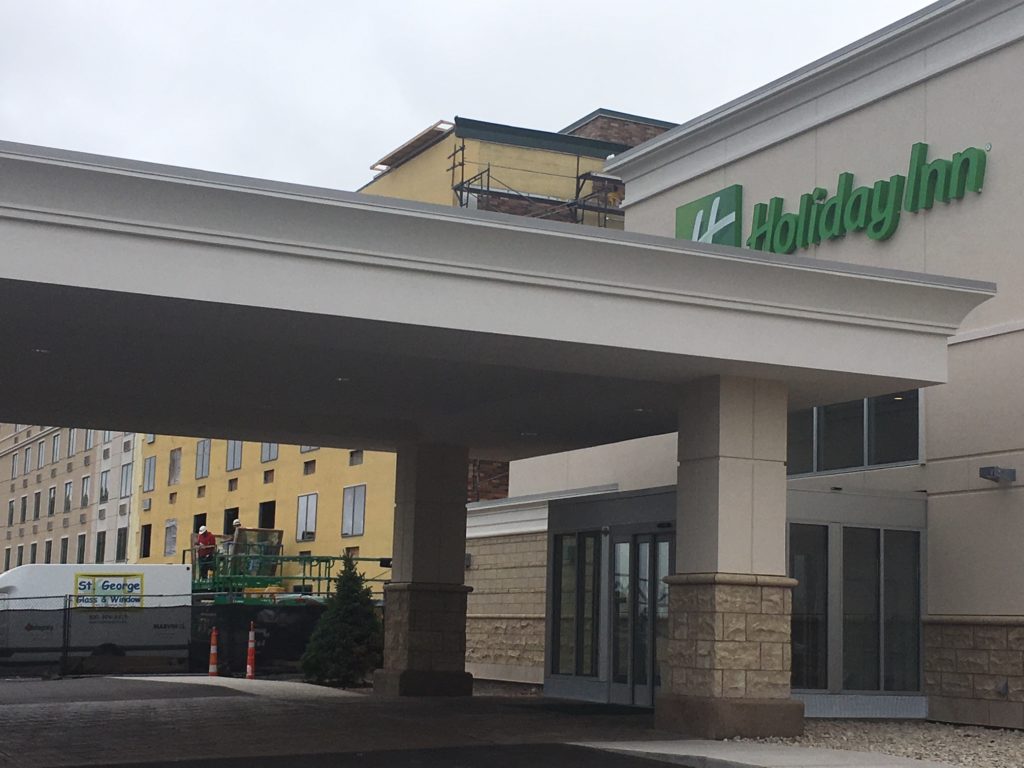 IT’S NOT QUITE done but it’s getting there.

The massive renovation of the Holiday Inn is now entering its final phase. More than 120 guest rooms have been gutted and renovated. About 50 to go.

The canopy in front has been remodeled. The banquet rooms have been renovated. The facade in front is nearing completion. The lobby’s close to done. The bar and lounge are next.

And the pool–with resurfacing, new decking, new windows, and new furniture–will be last.

So, with all the changes virtually everywhere, why not just a teardown and a brand new building?

“No, that would have been double the cost,” owner Tim Larson tells us. “The building is absolutely solid. We just needed to renovate it.”

Larson’s hoping for a grand re-opening in December. The hotel, of course, has remained open through the entire construction process. 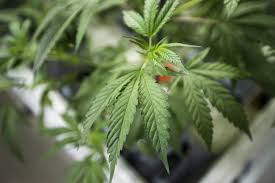 NOVEMBER’S ELECTIONS ARE shaping up as huge not just because of the implications for Congress and President Trump, but also specifically for Michigan voters who are facing two major ballot proposals.

First, we’ll be deciding whether to make recreational marijuana legal. Currently six states and Washington DC allow it. We’d be next if it passes.

It’ll impact our economy, law enforcement, our judicial system. It’ll also upend the current regulations allowing the growing and use of pot only for medical purposes.

The second big decision for us: the gerrymandering proposal. If passed, it would set up an independent commission that would redraw the lines every 10 years for congressional and state districts. 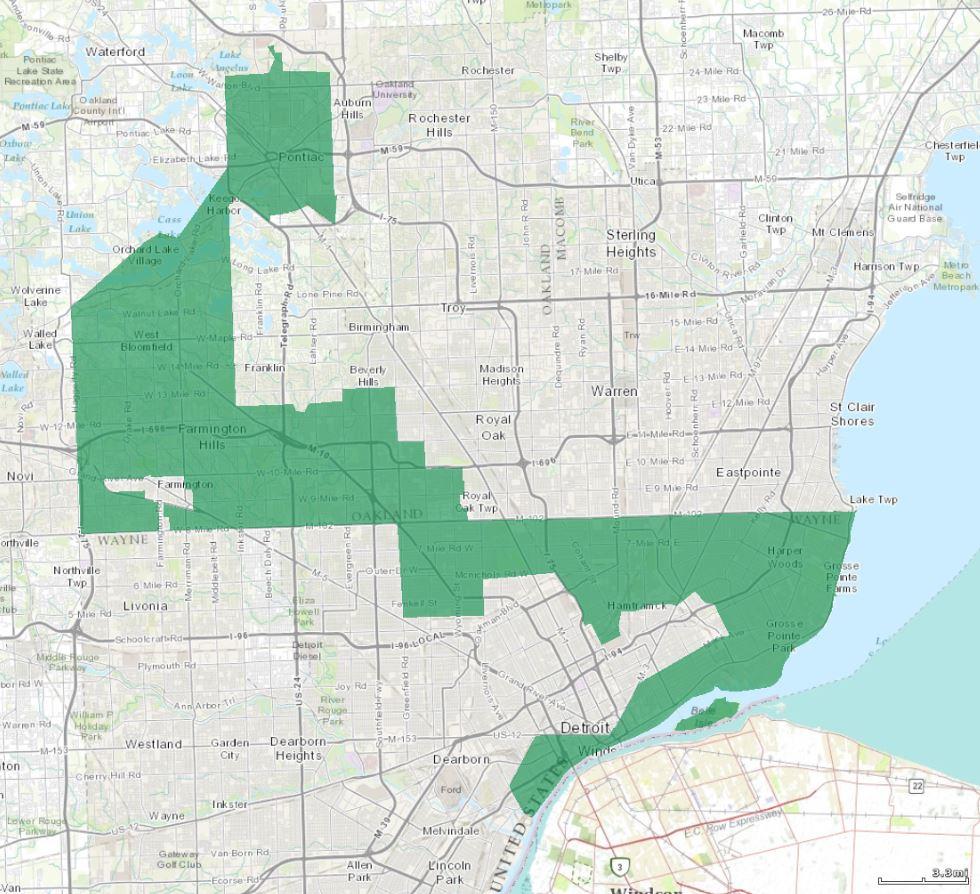 Currently that power lies with the state legislature which–and there’s little reasonable dispute to this–draws up lines that are manifestly absurd (that’s the 14th congressional district above) and are primarily intended to benefit the party controlling the legislature.

It would be a shock, and a shame, if this proposal failed. 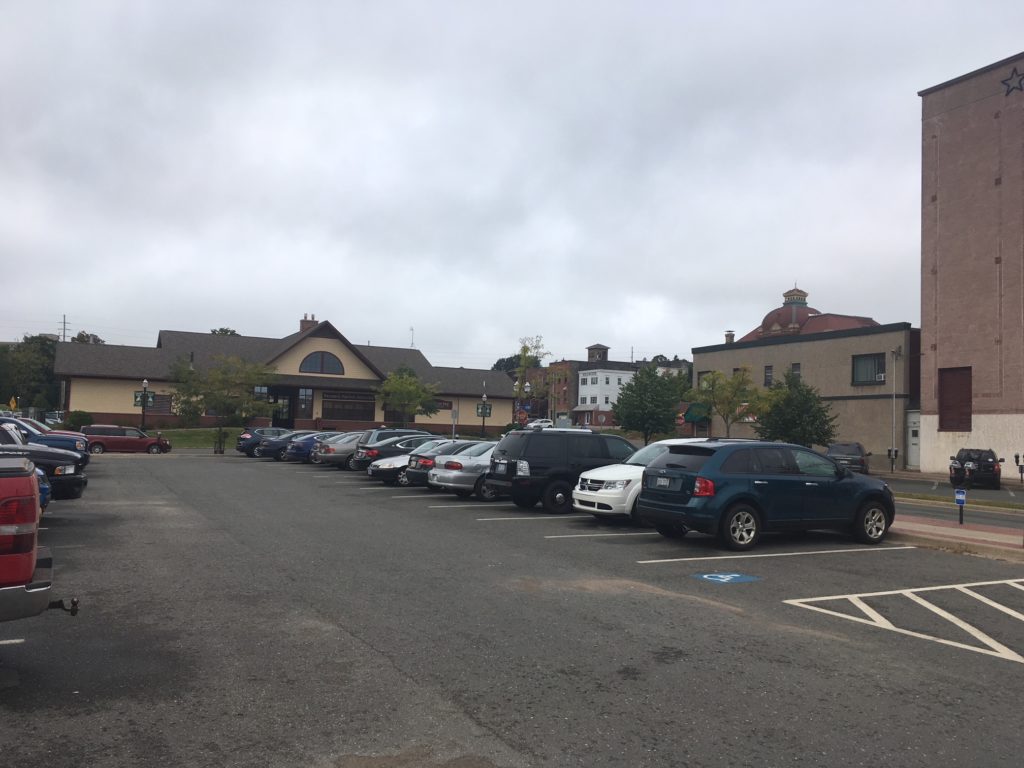 That’s what Veridea has in mind for the ground floor of their proposed four or five story building in the parking lot at Third Street and Main. This, according to Michele Thomas, Veridea’s director of commercial real estate.

At least, that’s the plan. Along with residences and offices on the upper floors

Veridea has a purchase agreement to buy the property from the city, but no actual sale yet. Both sides are doing their due diligence.

Veridea’s hoping to put their first shovel in the ground next year. 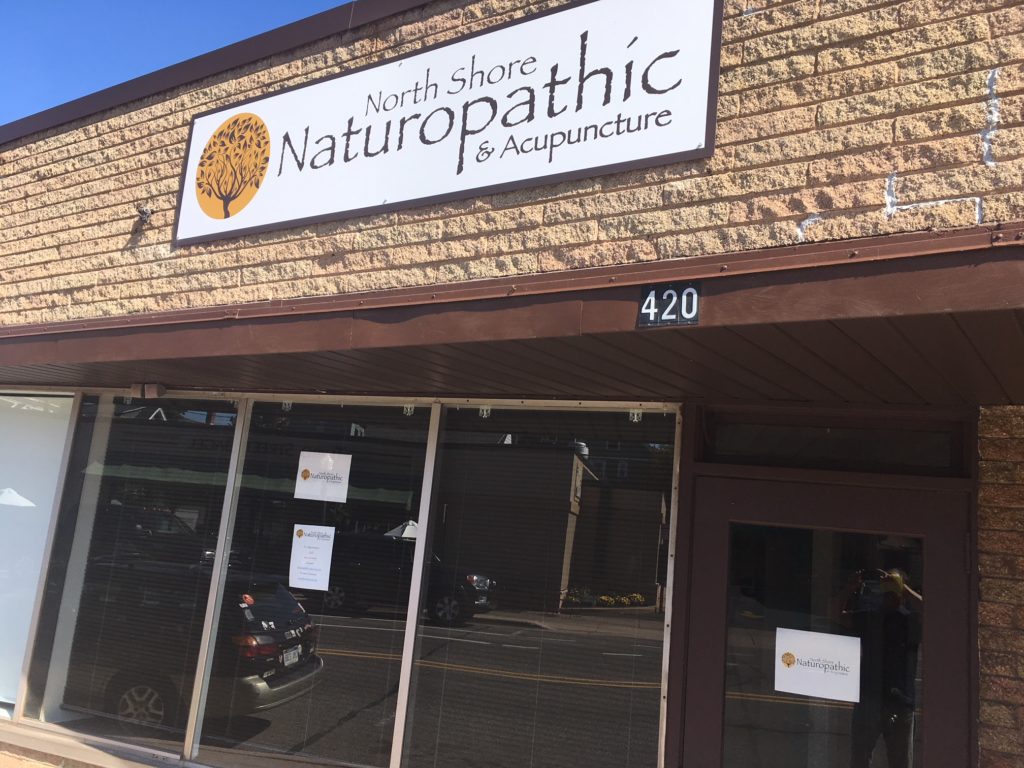 “I’VE BEEN TRYING to get back to Marquette for years. I probably should have done it earlier.”

The words of Bonnie Cronin, the naturopathic doctor and acupuncturist who’s currently setting up shop on Third Street. Her business: North Shore Naturopathic and Acupuncture.

She graduated NMU, went to Seattle for her advanced naturopathic education, then spent the last 15 years in New York with her practice.

And now, she says with a broad smile, she’s returned to Marquette. To a lively, pedestrian-friendly neighborhood. Doing what she wants to do, in a place she wants to be. 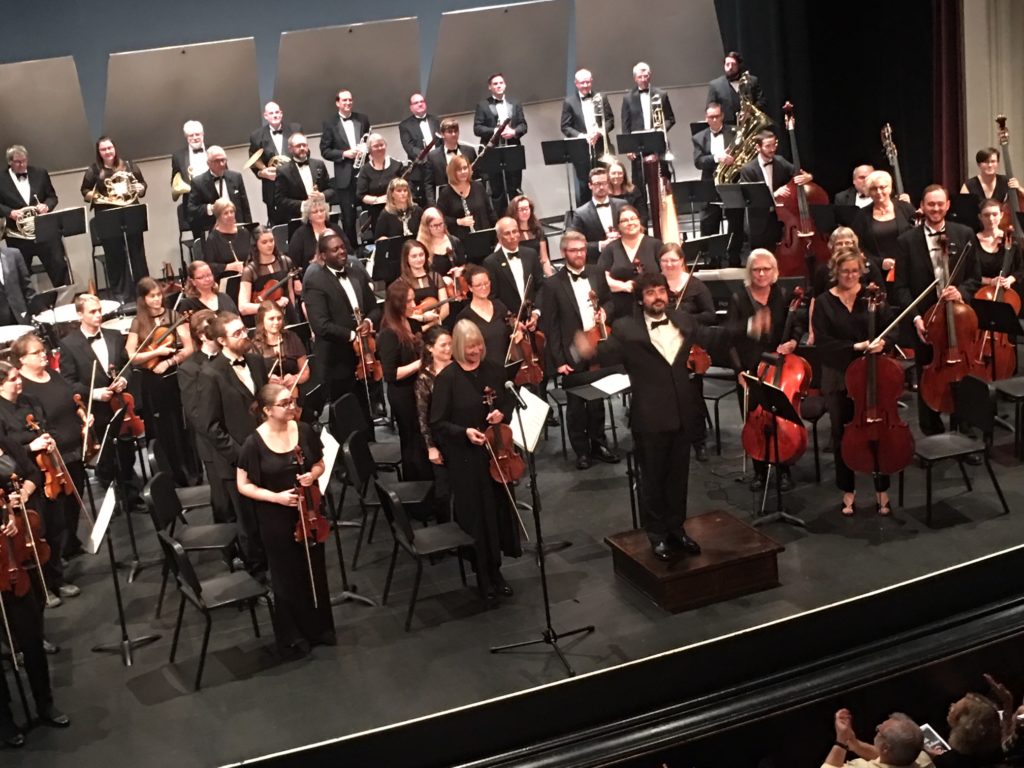 YOU CAN FEEL it. You can hear it and see it–genuine, unprecedented excitement for the Marquette Symphony Orchestra and its new conductor Octavio Mas-Arocas.

No doubt about it, the man has flair.

But there’s much more to it.

“He pushes us to be better than we ever thought we could ever be,” explains Janis Peterson, the first violinist and concert master. “And he is just so passionate about the music.”

He pays extreme attention to detail, to nuance, she says. He embraces both the traditional music and the new.

We heard Bach, Dvorak, and a little rock music in last Saturday’s performance which was almost sold-out, and actually started before the last ticket-buyers could get to their seats.

Next concert? Sunday, October 28th, 2 pm. Featuring pieces from Phantom of the Opera, Jurassic Park and Night on Bald Mountain. With the children’s choir.

Likely to be sold-out. Yeah, kind of exciting. 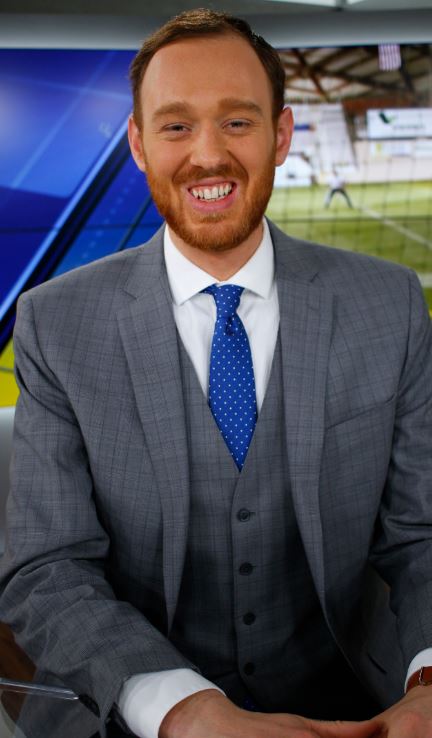 MOST SYMPHONY-GOERS know that the tall, red-haired cellist at the front of the stage Saturday was Andrew LaCombe.

The same Andrew LaCombe who co-anchors TV 6’s Morning News. And the same guy who officiated a wedding at the Ore Dock Brewery on Saturday afternoon, just hours before the concert. He’s now officiated at five weddings in the last year

And he teaches cello in his spare time. When he’s not watching the Packers.

Those damn millennials. They’re so lazy, selfish, and apathetic. 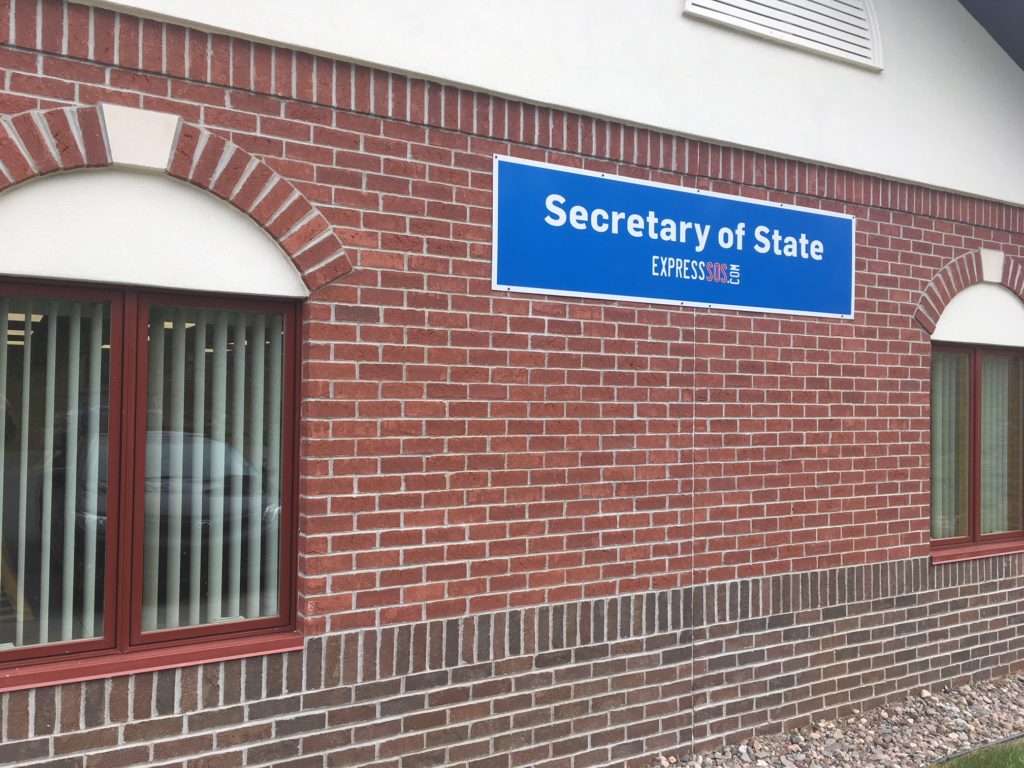 2:50 pm: He checks in by writing his phone number on computer screen.

2:53 pm: He pays for registration and license plate.

2:54 pm: He walks out of office with a shiny new license plate and a big smile on his face.