From Gas to Ganja

You might remember the recent confusion surrounding the closing of the KBIC gas station just west of Menard’s.  It was open and seemingly a successful operation when all of sudden… it was closed!

It seems tribal headquarters and the subsidiary that was running the operation got their hoses crossed and the gas station was shut down, contrary to the intentions of the home office.

Once everybody got back on the same page, the station reopened only to find that business didn’t come back as they had hoped.  Between the pandemic and some new big box competition, not to mention uncertainty of availability in the minds of customers, the gas station wasn’t cutting it, so it was time to try something new. 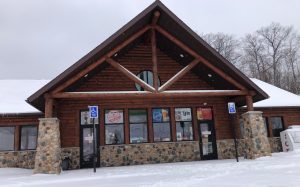 Soon to be the Outpost

Enter… Outpost-Marquette.  It’s the KBIC’s first step into the fast growing retail pot industry.  And though the local scene is  getting crowded with competition, KBIC Director of Cannabis Development Gary Loonsfoot, is confident the new store is well positioned to succeed.

“I believe it’s all about location.  The 41 corridor in Marquette Township is prime real estate.  And just as any industry goes, those with the best product will rise above the rest.  That is our intention.  Offer the highest quality products, with the friendliest, fastest service.”

Permits and various approvals are still pending, but Loonsfoot says if remodeling goes as planned, the Outpost should be open by April.  Another KBIC facility, Outpost – Crystal Falls, is scheduled to open within weeks.

Looking back, the location seemed to be perfect for a gas station.  It was the only place to pump on the right side of the road from Negaunee to downtown Marquette.

Now we’ll see how it works for weed.

Follow along as we take a tour of the local retail marijuana scene. 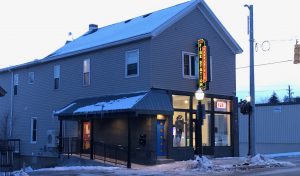 The Fire Station is locally owned and operated and has recently added a location in downtown Marquette… right across the street from what is going to be, by all accounts, another retail pot store.

Details on this one are hard to come by, but exterior remodeling looks to be just about done.  What was once an auto parts store now has the look of an up-to-date retail dispensary.   Watch this space for updates.

Back out to Negaunee Township we find the Lume Cannabis Company.  Headquartered in downstate Troy, Lume operates more than twenty dispensaries statewide. 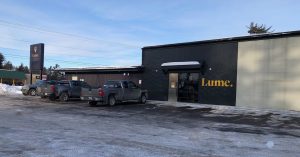 Lume… on the way to Negaunee

Lume also boasts about the quality of their products.  According to their website… “Our flower is thoughtfully grown, well cared-for and carefully harvested by hand.”  Talk about your green thumb.

From there we head to the Crossroads where we find the Cannabis Lupus Café, a small but ambitious shop which opened for recreational use just last July. 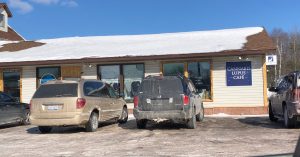 Recreational retailer at the Crossroads

According to owner Debra Hrelja, they’ll be opening an in-store Starbucks Kiosk with coffee and CBD drinks, and are partnering with local food trucks and other establishments to offer expanded cuisine services in the area.

Also at the Crossroads is Flow Provisioning.  Planning to serve the recreational community in the near future, at this time Flow only handles medicinal sales.

Back to town we take the Division Street exit and end up on the corner of Genesee and South Front Street where we find not one, but two future retailers. 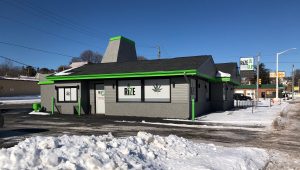 Almost ready to go is Rize U.P.  Located in the spot previously occupied by Beef-a-Roo, Rize U.P. is just waiting on the pesky permit approvals.  They already have a facility in Iron Mountain and now they’re anxious to flip the switch in Marquette.

Across the street in the old Farmer Q’s location is the future home of Dunegrass, a company with locations already established in the northwest lower peninsula. They also hope to be open for the summer rush, approvals pending. 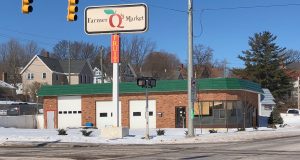 Destined to be Dunegrass

Is that it?  Well, an internet search identifies something called Peace of Mind on Grant Avenue in Marquette.  However, Google Maps takes you to a spot where the bike path crosses Grant.  So just selling it on the street?  That’s old school.

Don’t be fooled.  This industry has far surpassed the days of dark alley transactions and black market ganja.  Terms like “vertical integration” and “cultivation and extraction” and “loyalty programs” are part of the new vernacular.  This is not your father’s Oldsmobile.

Updating a story we reported on previously, according to a source at the Westwood Mall, Dunham’s is indeed moving into the old Younkers spot in the front of the mall.  They plan on being open by the end of July. 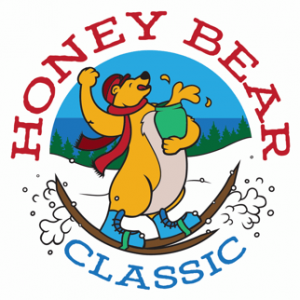 The Honey Bear celebrates the unique beauty of the Big Bay Pathway with a 10-day fundraising event for all ages and interests. Registration is online, and participants can choose to ski for fun, self-time, or snowshoe for a chance to win door prizes. All proceeds help support the grooming and maintenance of the Big Bay Pathway which is part of the Noquemanon Trail Network.