Goodbye to The Piedmont, Hello to The Parlour

BIG CHANGE AT the Landmark Inn.

The hotel’s restaurant, The Piedmont, will close down on March 30th for several weeks of renovations, to re-emerge by summer as The Parlour, featuring wood-fired pizzas.

“We have been trying to do too much for too many people,” says Matt Mering, one of the owners. “We wanted a more focused menu.”

The Piedmont for the last few years has been offering an eclectic mix of mostly northern Italian dishes, along with wood-fired pizzas.

Reasonably popular, but apparently not enough, and this is where the story becomes especially interesting.

“We kept hearing good things over the last year about this wood-fired pizza truck in Marquette,” Mering said, referring to Smelted (formerly Copper Crust) and its owner, Matt Lucas. “At first, we just wanted to pick his brain about recipes, but the more we spoke, the more impressed we became, not only with his pizzas, but with his business operations.”

And that led to a partnership: Lucas will be running The Parlour.

“We just started  a few years ago, we’re a small business,” says Lucas, “so we’re really honored to be partnering with the Landmark.” 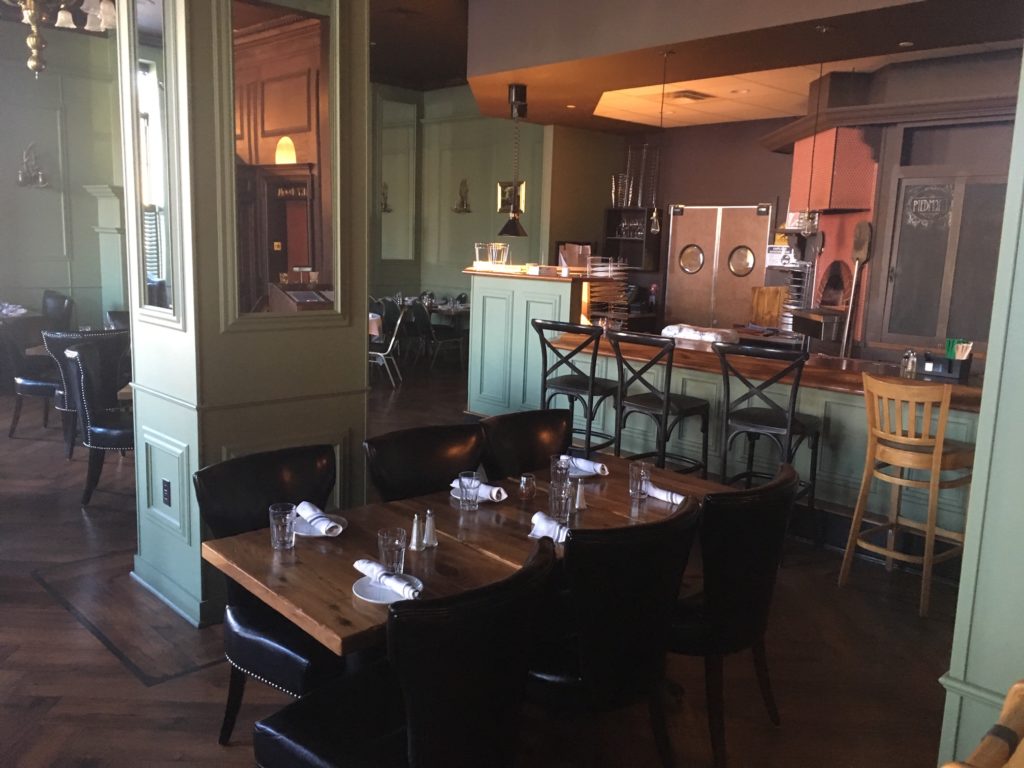 The Piedmont (formerly Capers and the Heritage Room) will soon become The Parlour.

Renovations at the restaurant will include a new layout and a freshening of the furniture and decor, but more important, the restaurant will have a new “feel.” Customers will be able to play games at their tables–like Connect 4, Chess, and cards, while eating their pizzas, salads, and appetizers, and drinking craft beer.

The hope is that the atmosphere will be more fun, casual, and welcoming. Mering says this formula has been highly successful at other restaurants around the country.

Mering says the current Piedmont employees will be offered jobs in the new restaurant once it opens. Meantime, the hotel’s other two restaurants, the Northland Pub and the sixth floor North Star Lounge, won’t be affected by the change.

At least, not until this October. That’s when the Landmark plans to start converting the North Star and the neighboring Sky Room (used for banquets) into a single restaurant, the Crow’s Nest. Old-timers will recall that was the original name of the restaurant on the sixth floor.

One more thing. Even though Lucas will be devoting most of his energy in the months ahead to The Parlour, his Smelted truck will continue to operate in and around Marquette. That’s good news for street and festival diners who’ve become fans of Smelted’s pizzas.

Update: The Landmark will continue to serve breakfast in the new restaurant.