“I’VE BEEN HERE for 18 years and I’ve never seen anything like this.”

The words of YMCA CEO Jenna Zdunek, after a second Y member suffered a heart attack at the facility in the last two months.

The good news? Both of the stricken members survived, thanks to quick thinking and action by staff and fellow members.

The latest incident occurred last week when a 69-year-old man collapsed while on the treadmill. A member immediately began administering CPR and then was relieved by trainer Travis Alexander. But still no recovery. Staff pulled out the Y’s Automated External Defibrillator. A physician who had been with his kids in the swimming pool was called in to help.

Two shocks from from the AED, and finally, after a few minutes, the patient responded. His heart was beating, he was breathing.

EMS by then had arrived, took over treatment, and transported him to the hospital. Two days later, the patient was well enough to return to the Y to thank staff for their efforts that likely saved his life.

The lesson here: If you’re going to have a heart attack, the YMCA’s a pretty good place to have it. Qualified people. Essential equipment. A quick, urgent response.

Zdunek, by the way, is planning on holding community CPR classes at the Y in the near future. Sounds like a good idea. 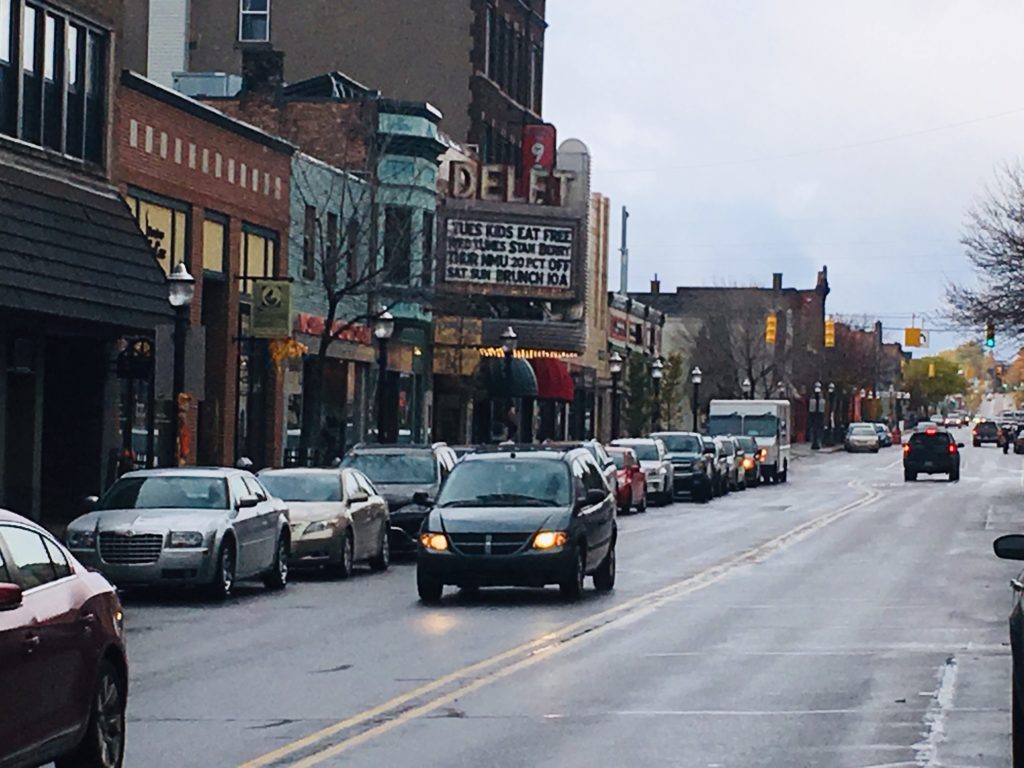 TOURIST DOLLARS WERE APPARENTLY flowing into downtown Marquette this summer.

Ditto on Third Street. Co-owner Michele Butler reports July and August were the best ever for Vango’s.

The DDA, by the way, is in the middle of a rebranding effort–something to make the DDA and downtown more appealing.

An outside consultant is conducting the study. The firm will be talking to focus groups in town next month, and then return with a final report in the winter.

One of the priorities of the rebranding study is how to deal with Third Street. Is it part of downtown? Should it have its own, separate identity? A name? It is known as “The Village” currently, but is that an appropriate description?

Answers in a few months. 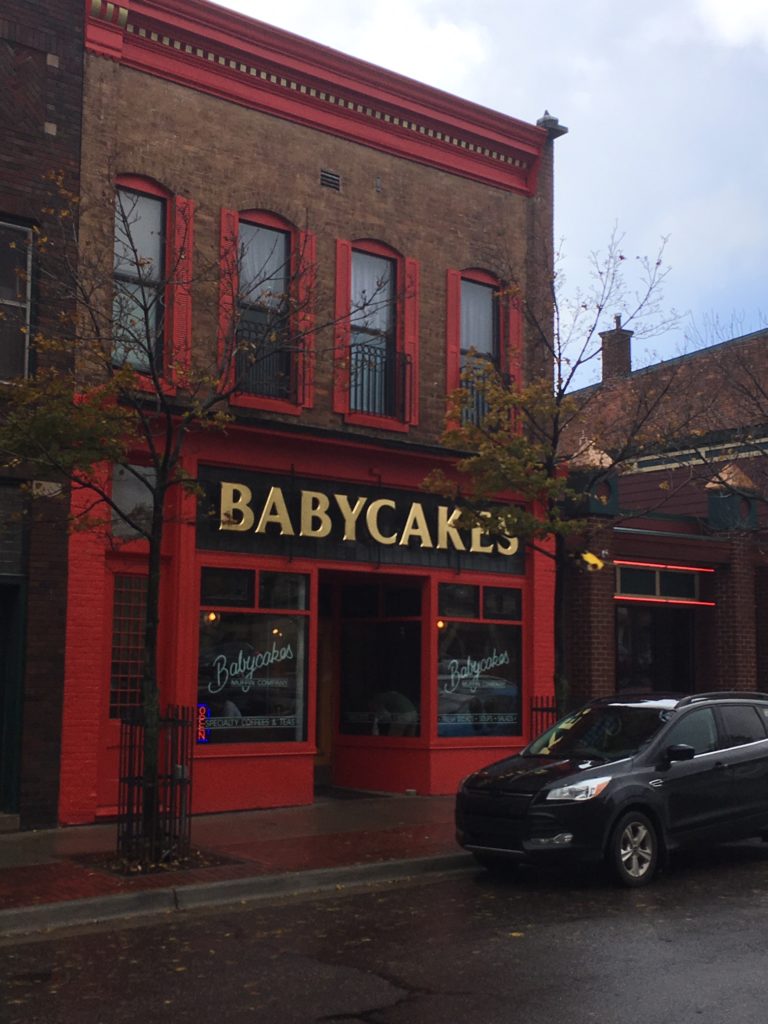 NO DOUBT ABOUT it, Babycakes has a new look.

A bright red exterior with huge gold letters. It draws your attention.

And inside, a large glass display case featuring tantalizing pastries, some of them resembling precious works of art.

And then there is the line at the counter, sometimes five or six people long, especially in the morning.

So business is going great, right? Yep. According to John Scheidt who bought the business last summer, revenue this year was up almost 50% over last summer. Actual traffic was up about 20% but customers are spending more.

Interesting counterpoint to this: Scheidt’s other business, the Huron Mountain Bakery in south Marquette, was actually slightly down in revenue this summer. 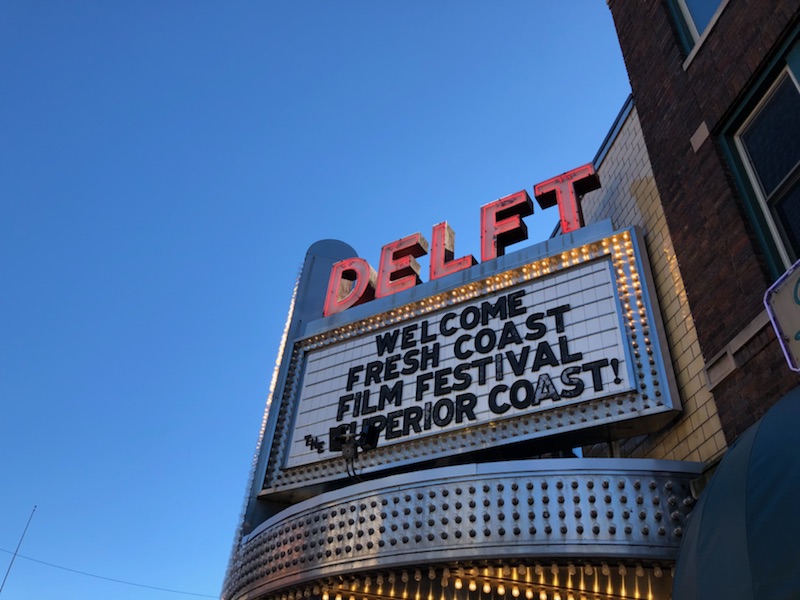 THE THIRD ANNUAL Fresh Coast Film Festival–featuring documentaries about the outdoors–is in the books, and planning for the fourth is about to get underway.

Attendance and sales were both up about 25% this year, and it looks like this festival, which was just a glimmer of an idea a few years ago, has a future. A bright future. Ten years from now, who knows how big it’ll be?

It’s opened up Marquette to a brand new audience of people who love the outdoors, and they’re arriving here when the warmth of summer has passed. This years festival-goers were treated to rain, snow, hail, wind, and sun.

Yeah, that pretty well describes fall in the UP. 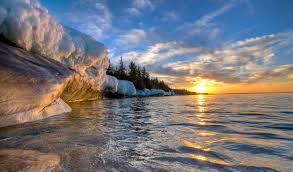 THE BURGEONING ROAM empire in Munising and Grand Marais is shrinking a bit.

ROAM has just closed down its Roam Beach resort in Grand Marais after leasing and operating it for a few months. Just didn’t quite work out, according to one of the ROAM partners, Tom Dolaskie.

Dolaskie said it would have required a substantial additional investment to bring the hotel-motel-cabins complex up to ROAM standards, and they weren’t ready to take that step.

No hard feelings. Dolaskie says ROAM and the current owner of the complex remain on good terms.

ROAM, which has extensive commercial holdings and ambitious plans in Munising, has switched financial partners, by the way. It’s now strictly with a local bank.

The much awaited restaurant and speakeasy planned for downtown is now scheduled for construction and opening sometime next year, though Dolaskie, himself, admits that plans can change. 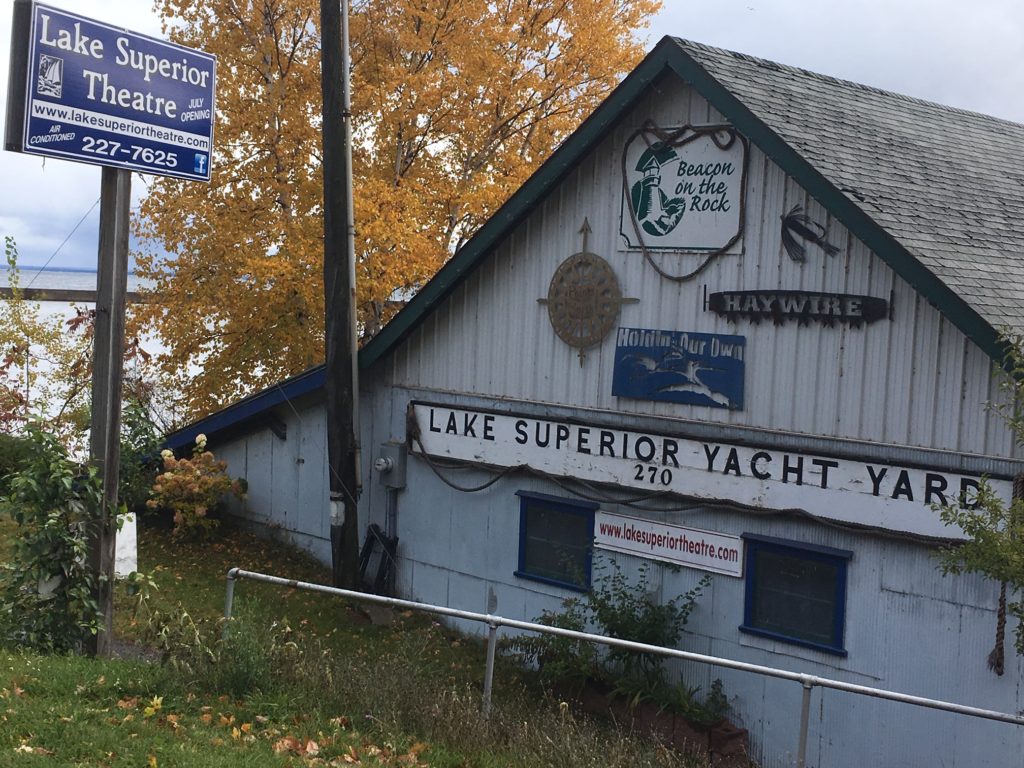 NO RESOLUTION IN the Boathouse controversy yet.

Quick background: The Lake Superior Theatre operates out of the Boathouse adjacent to the Lower Harbor. Not only are plays and musicals held there, but Peggy and Pete Frazier, who own the Boathouse and are principals in the operation of the theater, also hold weddings and other events there–to raise money for the theater.

A neighboring couple on the hill above the theater have long objected to the noise generated by the weddings. They’ve gone to court to stop the weddings.

Mediation has failed to settle the dispute so attorneys for both sides will now be meeting on December 7th to decide on a court date.

But don’t worry, says Peggy Frazier. Regardless of the outcome of the legal proceedings, Lake Superior Theater will be operating next summer. The funds are there.

In the meantime, she and other theater-lovers continue looking for a larger, more permanent space for a performing arts center in Marquette.

“We’re still hoping to make the Nordic work,” she says, “but if not, we’ll find some other place.” The Nordic is the former downtown Nordic movie theater that eventually became a book store. Which closed down last year, so the building now sits vacant.

The current asking price for it, Frazier says, is way too steep. 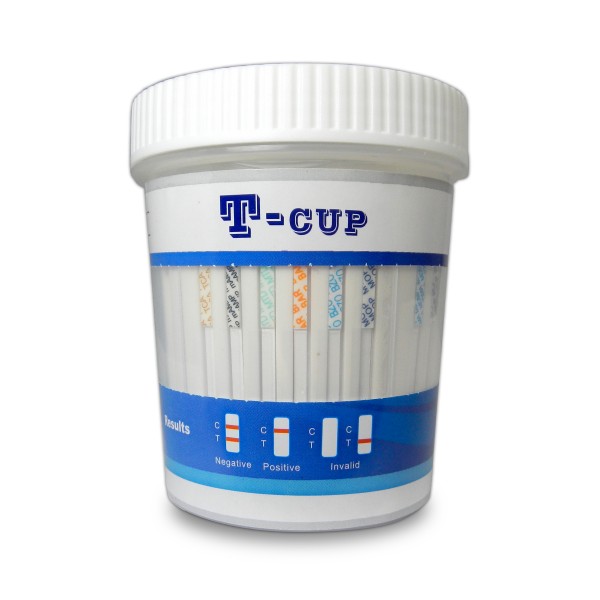 WE’RE IN THE midst of a construction boom here, and there are plenty of jobs to be had in construction and manufacturing. Well-paying jobs.

There’s the issue of drugs and drug tests.

“Some applicants fail the drug test, but the sense we get is that a lot of them don’t even bother taking the test because they know they’ll fail,” says Stu Bradley, who’s been a major supporter of vocational education in Marquette County.

Tony Restaskie, the executive director of the Upper Peninsula Construction Council, agrees, though it’s hard to determine just how many applicants are scared away by the tests.

Retaskie says the pre-employment and on-the-job tests are looking for marijuana, meth, coke, ecstasy, and several other drugs, as well as alcohol.

It’s a shame because the opportunities–for jobs and careers–are there for the taking. 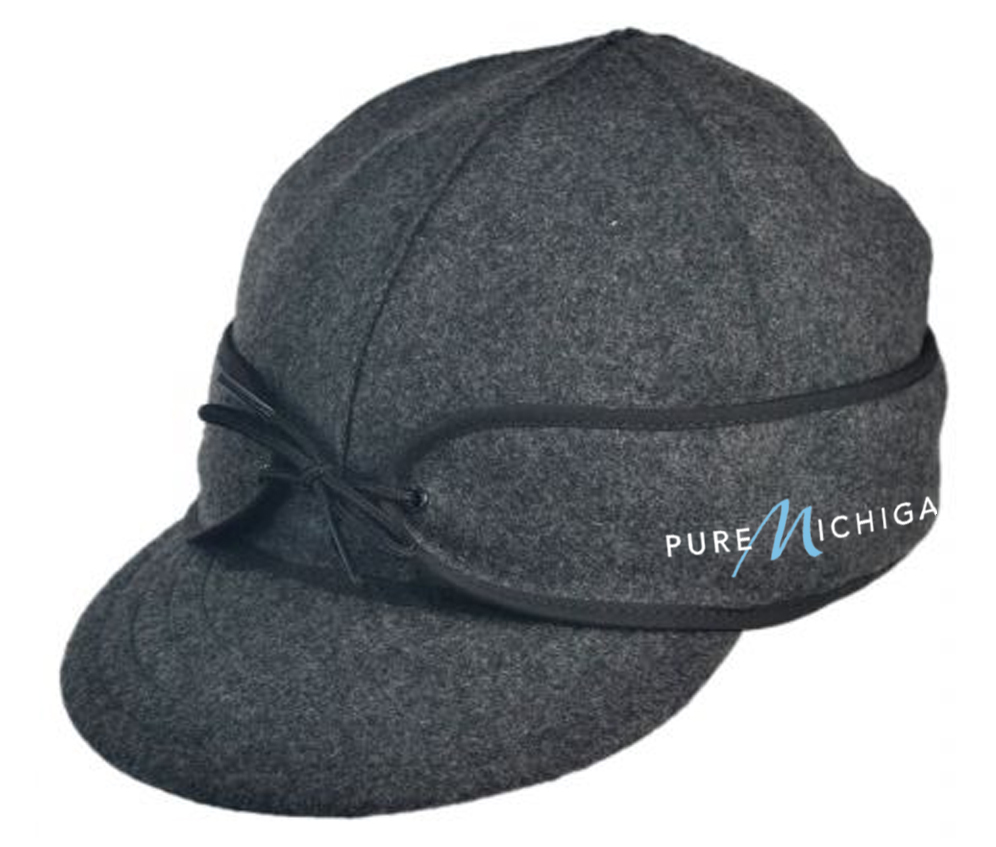 A NICE WRITE-UP about the iconic Stormy Kromer and Jacquart Fabric Products out of Ironwood.

You can read it in Forbes.com.

It tells the history of the Stormy Kromer and Jacquart, and their efforts to fight off foreign competition while bringing on new staff and new products. Jacquart, by the way, has opened up a branch in Wausau, Wisconsin where many of its employees are Hmong immigrants.

Interesting anecdote: Jacquart once asked a Michigan Tech team to come up with a plan to make Stormy Kromers robotically. The team’s conclusion? It couldn’t be done economically. The work’s too difficult.

Apparently, there’s still a role for actual skilled people in the workplace.