Three coffee heavyweights to battle it out

NO SHORTAGE OF coffee at US 41 and Wright Street.

Starbucks and Biggby’s are currently stationed about a seven iron away from each other on either side of the highway, and now we get word that Dunkin’ Donuts has decided to set up shop smack dab in the middle of its two competitors.

Dunkin’ will be moving into a new strip mall to be built where Range Bank used to stand. Opening date: mid to late 2020.

So why here at this particular spot? “Marquette was chosen because it’s a University town,” writes Amanda Regan, a media relations official with Dunkin’Donuts..

Seems a bit strange, given that NMU is located a few miles away, but okay.

Are more Dunkin’s on the way? “We are in growth mode,” Regan writes. “People want Dunkin’!”

So yes, it seems this may just be the start for Dunkin’ Donuts here. The franchise owner, known as TMart, operates one other Dunkin’ Donuts in the UP, and a total of 40 Dunkin’ restaurants in Wisconsin, northern Minnesota, and the UP.

We joke sometimes about the plethora of independent coffee shops downtown. Out on the highway, it looks like it’ll be a battle between heavyweights. Biggby’s, which is Michigan-based, operates 230 restaurants in eight states. Starbucks has more than 30,000 worldwide. And newcomer Dunkin’ has 12,000 restaurants worldwide.

Let the battle begin. May the best cup of coffee (and pastries) win. 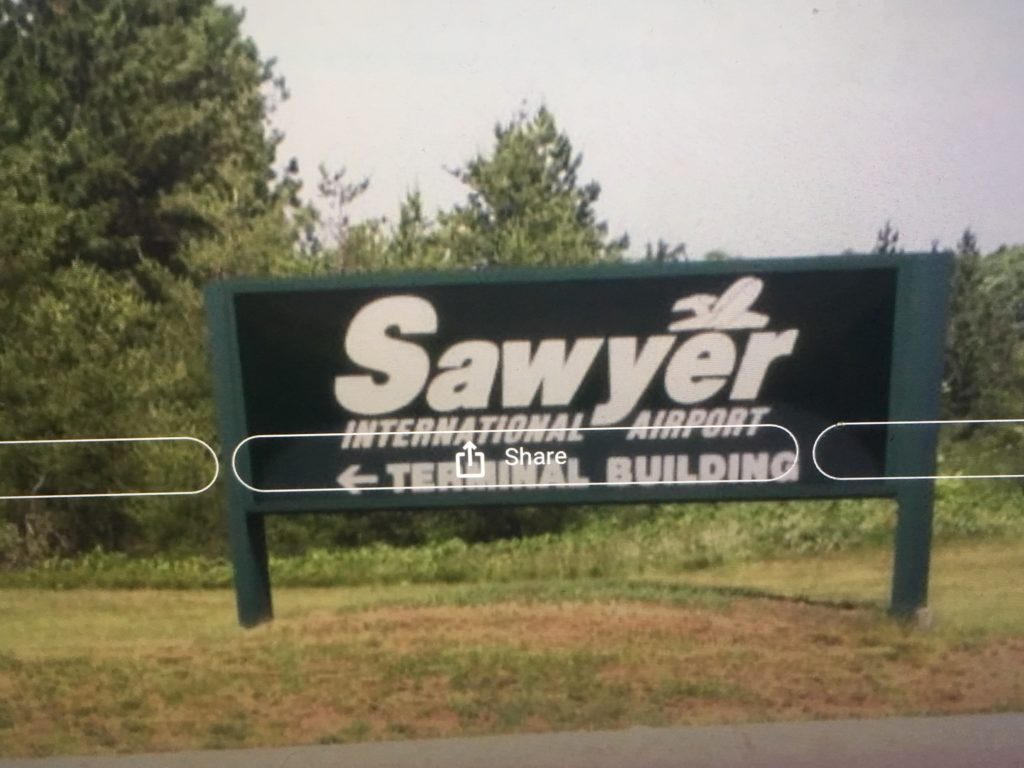 A bigger hangar, but what about more flights?

The Marquette County Board approved the first step in a major expansion of a hangar at Sawyer that will enable Envoy, which does business as American Eagle, to handle maintenance on larger planes at Sawyer.

“If we don’t expand there, there’s the potential that Envoy would no longer operate out of Sawyer,” says Duane Duray, the airport manager. That’s a big deal–Envoy has more than 200 employees here.

$1.2 million for the design and engineering phase of the project, $13 million overall. It should be ready for operation in three years.

So…expansion with the hangar. What about more flights? Currently, there are four (Delta and American, combined) while in summer there are five. Passengers here would like more.

Duray says that’s always a priority at Sawyer. Passenger numbers continue to increase–up about 2% this year–and flights are at more than 80% capacity, but adding another flight or two is ultimately up to the airlines. 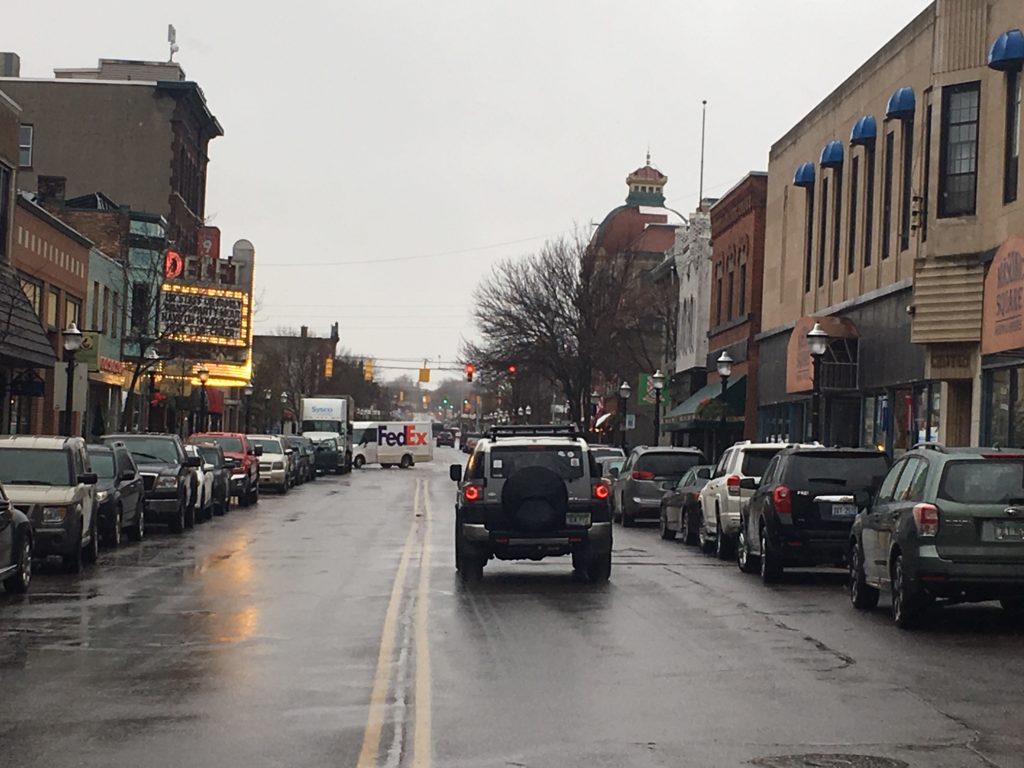 Tourism still on the rise

TOURISM IN MARQUETTE continues to trend upward, at a slow and steady pace.

May was down 8%, according to Travel Marquette, but June increased 4%, July was up almost 8%, while August was down about 2%.

The increase might have been greater, but Susan Estler, the director of Travel Marquette, notes that last year’s numbers were likely bolstered by the army of construction workers who temporarily settled in Marquette for several construction projects, including the hospital.

Now, of course, many of those workers have gone home. 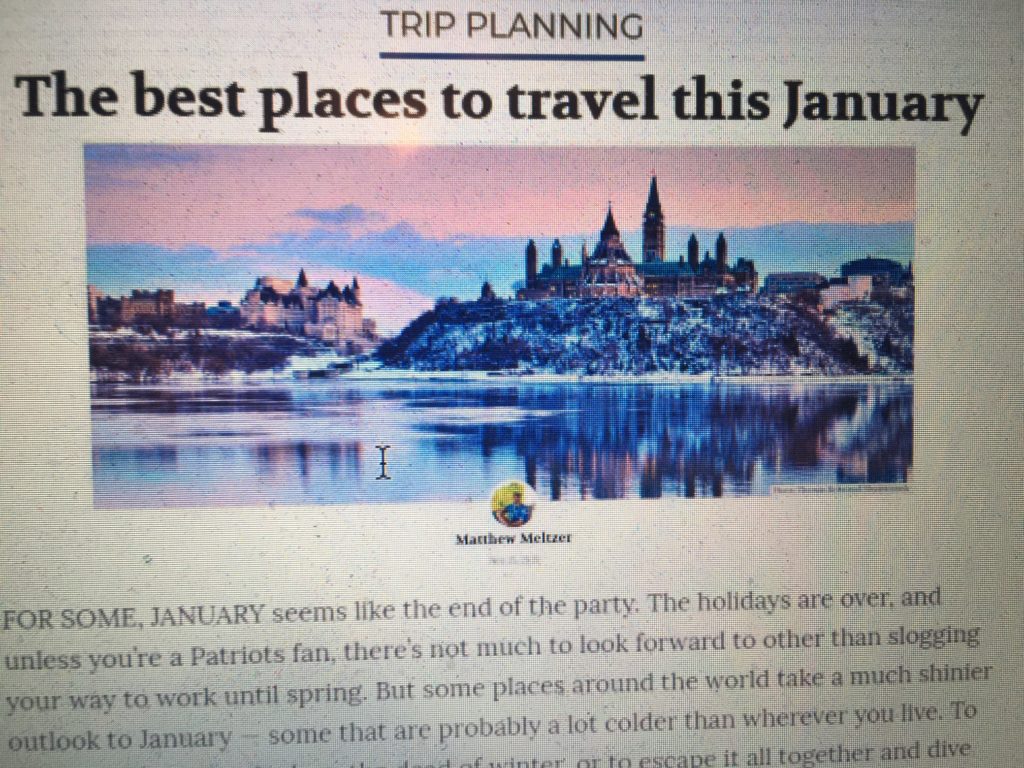 “Two of the toughest winter events in the nation”

WINTER, OF COURSE, is generally a slow time for tourism in Marquette County, but Matador Network offers an endorsement for a visit here in January.

Matador, based in San Francisco, is a digital site that focuses on travel, adventure, food, nightlife, and culture.

Quoting: “What, the shores of Lake Superior weren’t at the top of your travel to-do list? Well, if you’re a hard core skier, they should be, as Marquette offers two of the toughest winter ski events in the nation…”

Specifically, they mention the Suicide Hill Ski Tournament and the Noque Ski Marathon, both in January. They could also have suggested a stayover in February for the UP 200.

In any case, winter’s here, kind of. Marquette Mountain’s opening today (Friday). Let’s hope our sometimes unpredictable weather doesn’t betray our skiers and snowboarders over the next few weeks.