Home Invasion, The Arts, and other Words

There was a pretty intense Facebook firestorm earlier this week regarding a home invasion in the city.

To recap… a Marquette homeowner, presumably on the east side, posted photos from his home surveillance video which showed an uninvited visitor wandering around in his house.  Apparently no one was home at the time.

The “what ifs” about this make it even more frightening than it was.  Like, what if there was a child there, alone?

The Facebook thread quickly turned into a referendum about what should be the appropriate response if the homeowner, or anyone in the family, was home at the time of the intrusion.  Comments generally split to two sides… maximum force or empathy.

Both sides have legitimacy.

An uninvited guest has already broken the law, so it’s not unreasonable to suspect they could be dangerous.  So do what you’ve got to do to protect your family and yourself using the best weapon available.  Right?

Or, that uninvited guest may have cognitive issues that have resulted in him wandering off his intended path… confused, afraid, but no threat at all.

So you’re staring at the intruder and now you’ve got about two seconds to decide which response is the right one.  Kill or be killed?  Or… let’s get this person some help.

Legally, the threatened party has certain rights of self-protection.  The SELF-DEFENSE ACT Act 309 of 2006 states that an individual, not engaged in the commission of a crime, can use deadly force if… “The individual honestly and reasonably believes that the use of deadly force is necessary to prevent the imminent death of or imminent great bodily harm to himself or herself or to another individual.”

However, if the intruder’s intent is not to inflict bodily harm, then the use of deadly force is not legal.

And there’s the catch.  How does one know the intent of the intruder? 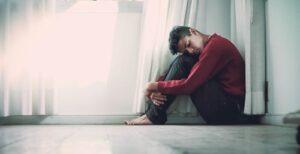 Mental health issues complicate situations like this even further.  You might not be encountering a hardened criminal with ill intent, but rather someone from your neighborhood who missed his meds and means no harm.  A retired mental health professional shared this thought… “I usually like to get some sense of what’s going on with someone before I execute them.  There are lots of reasons someone can lose track of where they are and where they belong.”

This story boils down to two of the most challenging issues of our time… crime and mental illness.  And where they intersect.

Without knowing for sure, due to privacy issues, it’s likely that this intruder did not have mayhem in mind, but rather had mayhem IN his mind.  Confused, lost, and unsure of his own intent, but probably not violent.  Probably.

The best way to deal with this issue preferably does not involve you standing in your home confronting an intruder.  The solution has to come much earlier. Simply, we need more emphasis on addressing mental health issues, before they become issues of criminality.  For some reason we underfund mental health programs, so treatment ends up in law enforcement instead of healthcare.

No one can tell you what to do when faced with a home invasion.  But it’s a good idea to think it over now, before it happens, and discuss options with your family.

Detective Captain Gregory Kinonen of the Marquette Police Department offers this advice…  “The best defense against a break-in is to take away the opportunity.  Lock the doors/windows to your home. Install security alarms and cameras.  Keep a phone in your bedroom. Dogs are a great deterrent as well.  If you are not physically able to confront a subject, don’t… let the suspect take what he wants.  Get out of the house if possible.  It’s the confrontation where a person is likely to be hurt.”

Next week is Art Week in Marquette, and it’s perfect timing for a week-long event that gets us out and about to events and venues all over town, celebrating the arts.

Undeniably, we’re an art-heavy town, with “the arts” being a very wide range of human practices including creative expression, storytelling, and cultural participation.  At least that’s Wikipedia’s definition.  And Art Week in Marquette covers the whole spectrum of “art.”   The full schedule of events is available at:  mqtcompass.com

It starts Monday and runs through next Saturday.  With all the different artistic entries, it’s a great opportunity to experience something new.  And most of the events and exhibits are free.

Hunter S. Thompson said, “Half of life is just showing up.”  Well it’s been a year-and-a-half since we were allowed to show up.  We should be rested and ready.

Art in Marquette is a lot more than just one week in June.   Here is a list of galleries open year-round: 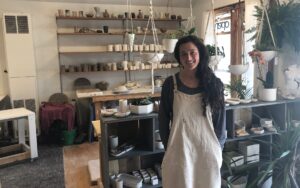 Niikah Hatfield of The Studio Gallery

Towners Chocolaterie, the chocolate shop that opened back in December on South Front is closed, at least at that location.  It seems the building has no air conditioning and not all chocolates are M&Ms.  They WILL melt in your hand.  Watch this space for an announcement of a reopening.  Interesting development in the works. 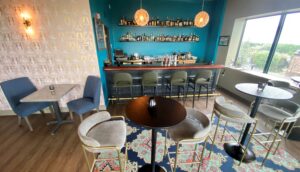 The new Crow’s Nest is now open atop the Landmark Inn.  Just opened last night so we haven’t been able to do any sampling yet.  It’s always been pretty nice up there, going back to the original Crow’s Nest.  Open Thursday through Sunday.

We earlier referenced a new community calendar called Marquette Compass, now live at mqtcompass.com.  It’s administered by the city’s Arts and Culture department and could be the all-encompassing calendar we’ve…. oh.  I see what they did there.  Anyway, check it out.  It looks pretty good.

And finally, word on the street is that TruNorth Federal Credit Union, headquartered in Ishpeming, is purchasing the property on US 41 where the Jasmine Asian restaurant is (was) as well as the Queen City Burger Company and a handful of other businesses.  We hear that the plan is to clear the lot and establish another Marquette location to go along with their branch in Walmart.  We’ll keep an eye on QC Burger and the others to see where they go from there.