A BOYS AND GIRLS Club in Ishpeming?

It might be closer to reality than we think. A group of West Enders have been working on the project for a year now, and later this month a team of out-of-state Club officials will be visiting Ishpeming to see if the plan is viable.

“We don’t have a firm commitment from them yet,” says Dan Perkins, the founder of Partridge Creek Farm, which is also involved with young people, “but they know we’re serious, and I know we can pull this off.”

A couple of criteria need to be met if Ishpeming is to be awarded a Boys and Girls Club affiliation. They need $1.25 million committed over a five year period, and they need at least 100 youngsters committed to the program. Perkins says he’s convinced they can pass both tests.

As for a facility, Perkins says their team is looking at the lower level of Phelps Square as a location, but nothing’s been decided, and won’t be until the Club awards Ishpeming an affiliation. 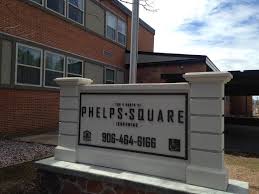 The Phelps Square development, formerly a school, is seen as a possible location for a Boys and Girls Club.

The Boys Club was founded back in 1860, and in 1990 it was officially renamed the Boys and Girls Clubs of America. It comprises 4000 clubs in all 50 states. Four million boys and girls are members.

The clubs are especially important in lower income communities.

“We want to create a healthy environment for kids here in Ishpeming,” Perkins says, “and right now, some of them don’t have that.”

The out-of-state team is scheduled to visit Ishpeming on August 27th, 28th, and 29th. It’s uncertain when they’d make their decision on Ishpeming’s application for affiliation.