Householder and Caggiano Departures, NMU Controversy, Kites in the Sky, and the News Game

Looks like morning meteorologist Shawn Householder will be leaving within a few weeks for Albany, Georgia. Big loss for the station, big loss for the U.P.

He’s grown into one of best and most likable TV personalities over the last couple of years. Why’s he leaving? Why do most leave here? Money, simple as that.

Marquette is one of the smallest TV markets in the country and can’t afford big contracts for most of its on-air people. A few of them–Steve Asplund, Karl Bohnak, and Greg Trick–do well but they’ve earned it because of the years they’ve put in here, the experience that would be hard to replace, and their stellar reputations.

When you think about it, TV6 has done remarkably well with its most recent morning meteorologists–Wesley Williams, Phil DeCastro, Nick Kanczuzewski, and now Householder. All of them memorable and highly competent.

Let’s hope the next guy or gal maintains the standards.

More turnover at TV6 and Fox UP: Reporter Jennifer Perez recently left to become a meteorologist in Lansing.

And then there are the newcomers: Britta Lee in Iron Mountain, Jennifer Droze at Fox UP, and Aleah Hordges in Houghton (soon to arrive).

News Director Asplund has been busy lately with his hellos and goodbyes. 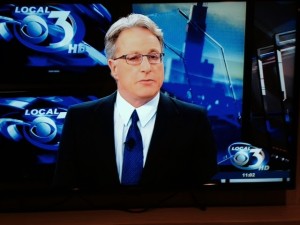 We’re not sure exactly what happened to him because the station hasn’t offered any official word yet on his departure. Nor has he publicly.

But the rumors were swirling over the weekend, and a news department employee on Monday simply said that Gabe “was no longer with the company.”

So it goes in the TV business.

Caggiano, who’s well-traveled in television, had been the 11 o’clock anchor since Local 3 news made its debut last spring. 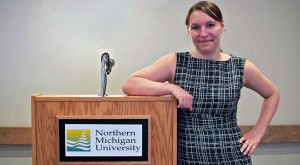 WELL, NORTHERN MICHIGAN University has certainly been grabbing its share of headlines recently.

The latest? An unfortunate election controversy in which the current ASNMU president, Kat Klawes (yep, that’s her name), was disqualified in her bid for re-election for allegedly forging part of an email.

And the disqualification came in the middle of the three day period when students were already voting in the election. That’s like the U.S. Supreme Court ruling at 2 pm on Election Day that Barack Obama is disqualified from running for President because he was born in Kenya. (Oh wait, maybe someone did argue that.)

In any case, the charge is that Klawes illegally added a line to an email she sent to the Elections Committee requesting permission to speak to a group of students at Payne Hall. She was granted that permission, but she’s accused of subsequently adding a line that would have also allowed her to canvass the students, door-to-door.

Canvassing is fine; you just need prior permission to do it, and the Elections Committee says she didn’t have written permission. The committee claims she afterwards “forged” permission.

Seems like little penny-ante stuff, but there is the issue of honesty. Fudging the rules.

Klawes, for her part, insists she did not add that line. She doesn’t know who did. Was it someone who opposed her and wanted to get her disqualified? Was it a supporter who was just trying to help? Was there a problem with the NMU server which she characterizes as not secure?

Whatever, she further claims that she was denied due process in the case. She was first informed of the allegations only about 12 hours before the Elections Committee was to conduct a hearing on the charges…and after students were already voting.

She attended the hearing, and only then was she presented with the evidence against her. And then she was told to either 1) withdraw voluntarily, or 2) force the committee to disqualify her and publicize the charge that she had forged a document.

She chose the latter so the word is out. Her reputation–and she hopes to be a school teacher one day–is, at best, in question. “Forgery,” “liar” and “disqualified” are not terms you want associated with you when you’re a college student.

Sure seems like this could have been handled differently. Like maybe with a full, un-expedited hearing after the election, with both sides having adequate time to investigate.

If it was then determined that she had forged the email, then fine, disqualify her. Award the presidency to her opponent. No problem. Due process would have been honored.

It’s safe to say that the campus-wide rumors about the charges and the hearing tainted the entire election process.

And no surprise, Klawes lost the election. But she’s certainly lost far more than that.

She’s consulting an attorney. The Elections Committee, likewise, is getting legal counsel from an NMU lawyer, and the word from the lawyer so far is “Don’t say anything to the media.”

One final note: Klawes’ immediate predecessor as ASNMU president was Amber Lopota, who pled guilty to embezzling money from ASNMU. She spent seven days in jail and was sentenced to 18 months on probation.

Yikes. The real world is closing in on the ivory towers at Northern Michigan University.

YOU MAY HAVE noticed the big kite flying high overhead in downtown Marquette over the weekend.

Well, get ready for more kite events. The Great American Turtle Store has opened up shop on the first floor of the Children’s Museum, and entrepreneur Ben Nye is a major kite enthusiast.

The store, which is undergoing minor construction, is chockfull of kites and other toys and games that will fire the imaginations of kids and adults.

Nye owns another Great American Turtle Store on Mackinac Island and seems convinced that Marquette is toy-hungry. He could be right. You’ll find stuff at his store you won’t find anyplace else in the county.

Seems to be a good deal for the museum, as well. Museum director Nheena Ittner says it takes the pressure of running a retail outlet off of  them. Sprouts, the museum-run toy store, had had only limited success.

One thing seems certain: the skies over Marquette will be more colorful, especially on windy days, in the months ahead. 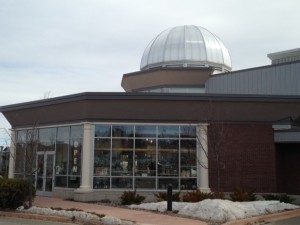 YOU GOT COMPLAINTS about the media in town?

You’ll get a chance to voice them at a get-together we’re calling “The News Game” on Wednesday, 6:30 pm at the Marquette Regional History Center.

It’s a look at the past, present and future of the media in the U.P. and the U.S. What have the media done right? What have we done wrong? How will the mainstream media and the new Internet-based media co-exist in the future?

Oh, and the town gossip who writes a snappy little blog, Word on the Street, will be moderating the discussion.

We’re hoping to hear plenty of comments and criticism from all who attend.