How the New Restaurants Are Doing, and Why We Love the U.P.

TIME FOR US to check in with the new restaurants in town and see how they’re doing, whether they’ve run into any surprises, and what might lie ahead for them….

A BARBECUE BRUNCH? Yep, that’s what this Harvey barbecue restaurant and brewery is planning to start up on Sundays in another month or so. Currently, the restaurant is closed on Sunday.

Overall, after two months, owner Scott Arbour reports business is better than expected. One Saturday evening, they served up 450 pounds of meat. It’s slowed a bit in the last month but they’re looking forward to winter.

“We want to make this a destination for snowmobilers,” Arbour says. “We’re right off the trail and snowmobilers are our demographic.”

Five Christmas parties scheduled at this point, more likely in the next couple of weeks.

Arbour reports about 30% of the customers come from Harvey, the rest from more distant communities, including some from Crystal Falls and Escanaba.

The brewery? Six brews so far, a couple more on the way. 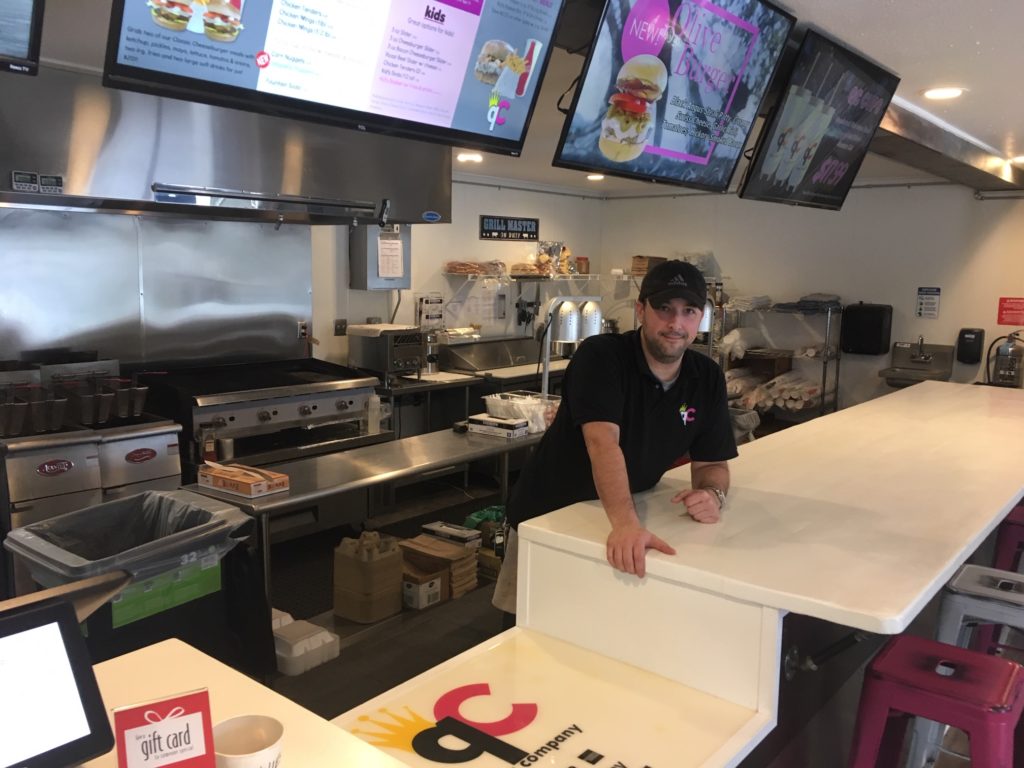 “IT’S A LOT of work but if you love what you’re doing, it’s not really work.”

The words of co-owner Dave Guizzetti, eight months after the burger and hot dog restaurant opened on US 41. He concedes it’s been a learning curve for him and the staff–the first few weeks were extremely busy. At one point, they were writing a new ticket every 48 seconds, and orders were taking longer than customers expected.

Things have settled down since, though. The customers are happy. The food remains fresh and made from scratch.

An interesting feature at Queen City: a Pay It Forward option for customers. If you have a little extra cash and you want to help out someone who’s underfunded, you can buy a Pay It Forward card that will be used by some future customer. Guizetti concedes it might be abused by a few folks, but for the most part, it’s benefiting people who truly need and and appreciate their neighbors’ generosity. 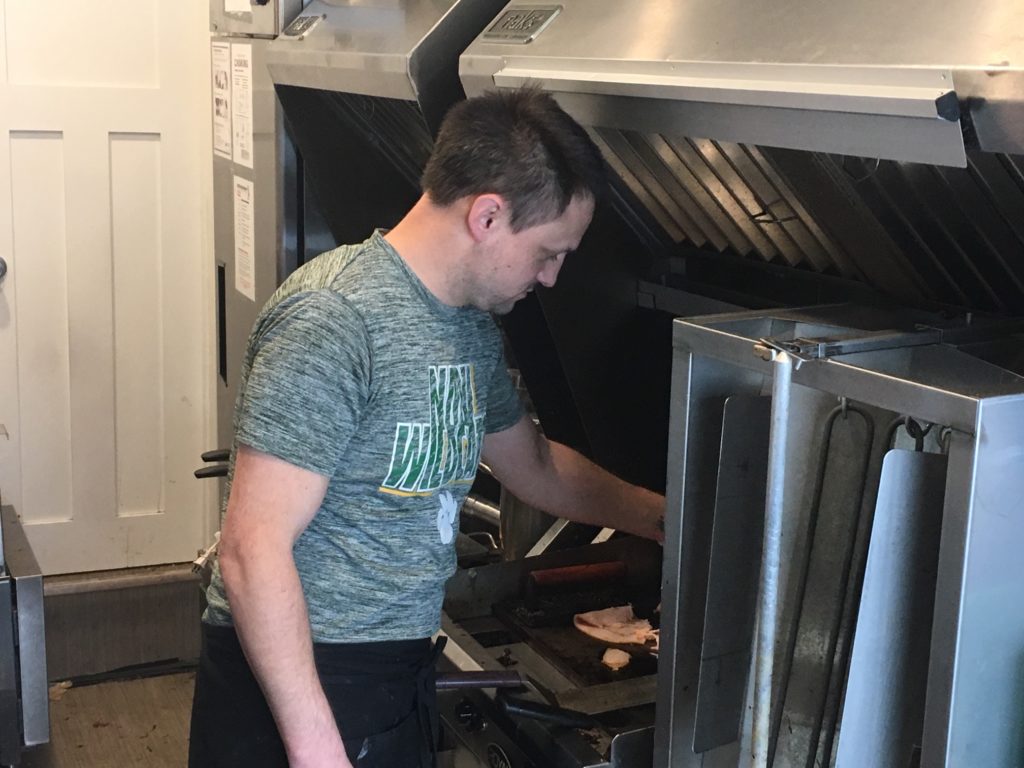 That’s the verdict from owner Cliff Jacobson, four months after his tiny sandwich shop opened for business. It’s tucked into a space next to Remie’s on Third Street.

“The biggest surprise is how many people have told me that they appreciate that we’ve filled a niche in town for good, hot sandwiches,” says Jacobson.

A limited menu but the sandwiches (very top photo) have been extremely well received.

Almost all locals here, virtually no tourists–it’s strictly takeout. In fact, Jacobson, who’s a one man operation, is working in a space about the size of a walk-in closet. Seems to work for him, though. 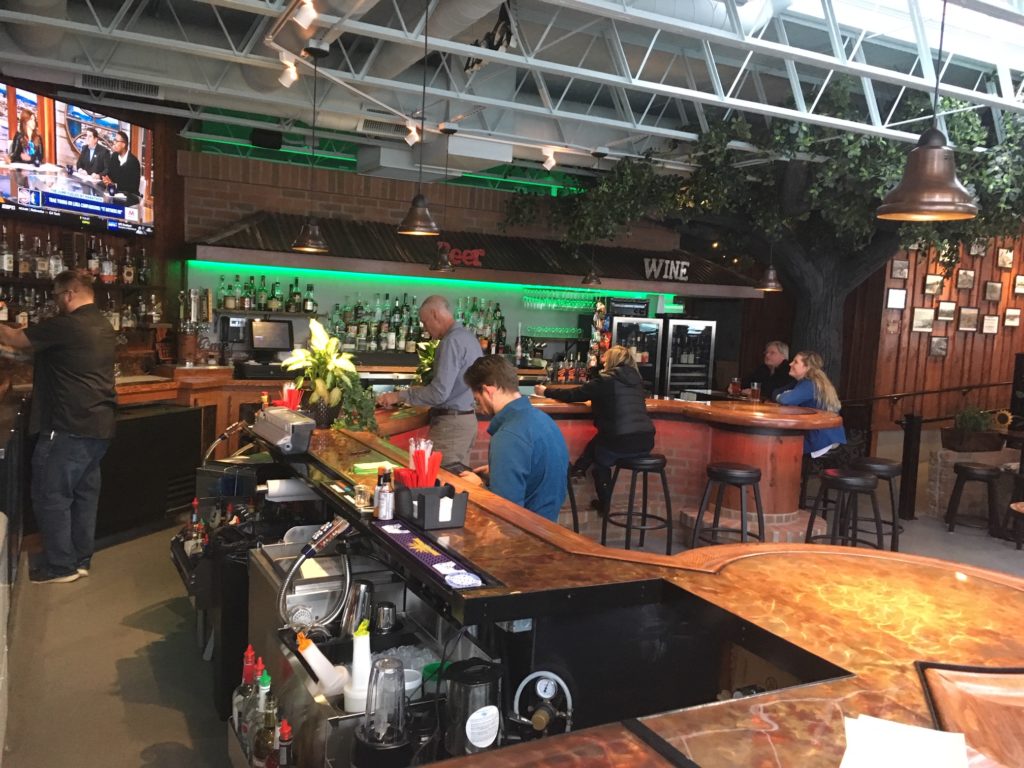 STILL NO FOOD offered at this south Marquette bar, but it’s coming. Soon. They’re now hiring help for the restaurant and kitchen.

They opened in June with plans to open the bar first, then offer food later. A disappointment to some because  owner Don Durley, who also owns Lagniappe, is a highly renowned chef and we were looking forward to what he’d be offering at The Courtyards. We’ll finally find out, maybe within a month.

The bar, meantime, has found a good-sized base of customers, about half from south Marquette, the other half from other neighborhoods and towns.

“When we first opened, some people said they were surprised at how ‘fancy’ The Courtyards looked,” says Chris Durley, the bar manager. “But we don’t consider this fancy. It’s just the New Orleans look.”

It does have a distinctive and appealing appearance, unlike any other bar in Marquette.

And oh, did we mention that they’ll soon be offering food? 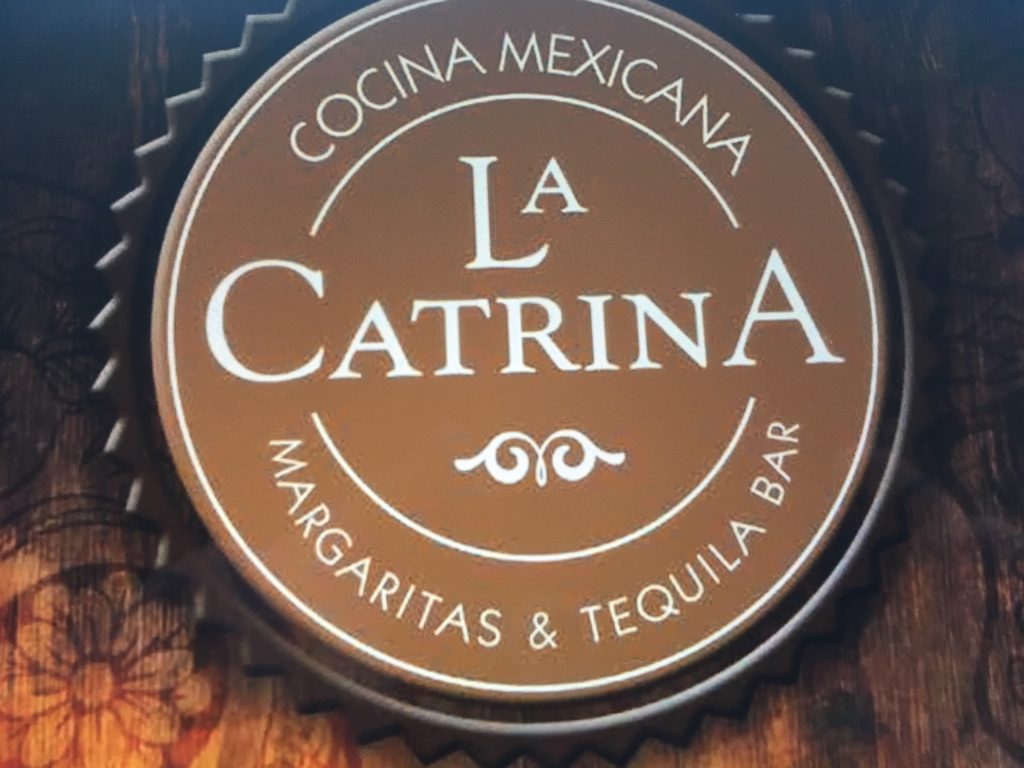 OKAY, THIS ONE’S not open yet.

It’s been in the works for several months now, at the WJMN Plaza in Marquette Township. Plenty of mystery surrounding it at first but now the cat’s out of the bag–it’s going to be a Mexican restaurant with a huge and varied menu.

So how much longer? Maybe a month, he says. Certainly sometime this winter.

It’s located in the former Arby’s space which has been vacant for a couple of years. 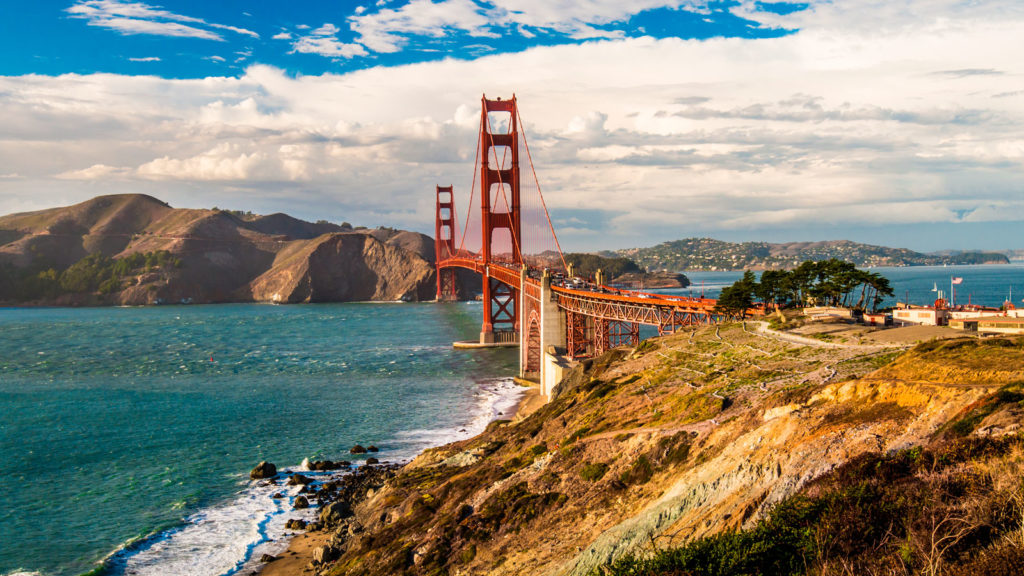 The last day there, the resident and his companion park their rental car near a tourist area in Oakland. Visit a museum, take a leisurely walk, gaze at Christmas decorations, stop in for a delectable holiday coffee drink. And then return to the car.

Only to discover that the rear passenger window has been smashed in.

And that three suitcases full of clothes and a computer, and a briefcase containing an iPad are all gone. They’re somewhere out on the streets of Oakland–the clothes likely strewn about in the gutter, the electronics likely being sold for a dime on the dollar.

Resident and companion gratefully return to the U.P. where vehicles are left running on the street while the drivers walk inside a store to take care of business,  where folks help strangers tow their vehicles out of a ditch, where neighbors help neighbors remove snow from driveways and walkways.

And where suitcases in cars (in most cases) are not considered community property.