I Love Marquette, UP the Sky, and Climate Change Refugees Pouring into the UP

WE’RE NOT SURE what it means yet, but the I Love Marquette store on Washington Street in the heart of downtown has been closed for at least a week now.

Simply a Closed sign on the door. Lights are on inside, flower pots outside.

Becky Salmon, the assistant director of Downtown Development Authority, says she’s got no idea why it’s closed but recalls that last year the store shut down for the winter.

We’ve been unable to contact anybody connected with the store. If you call their phone number listed in the phone book, you’re told by a recorded message that nobody can take your call now.

Could be that this is just their business model–stay open during the busy tourist season, and shut down when it slows down, but this is Homecoming Weekend. Plenty of visitors walking the streets downtown.

The store opened last summer. It’s reportedly part of a chain of stores with the “I Love —”  theme. Most of the other stores in downtown Marquette are local and independently owned, and none that we know of shut down during the winter, although business slows considerably. 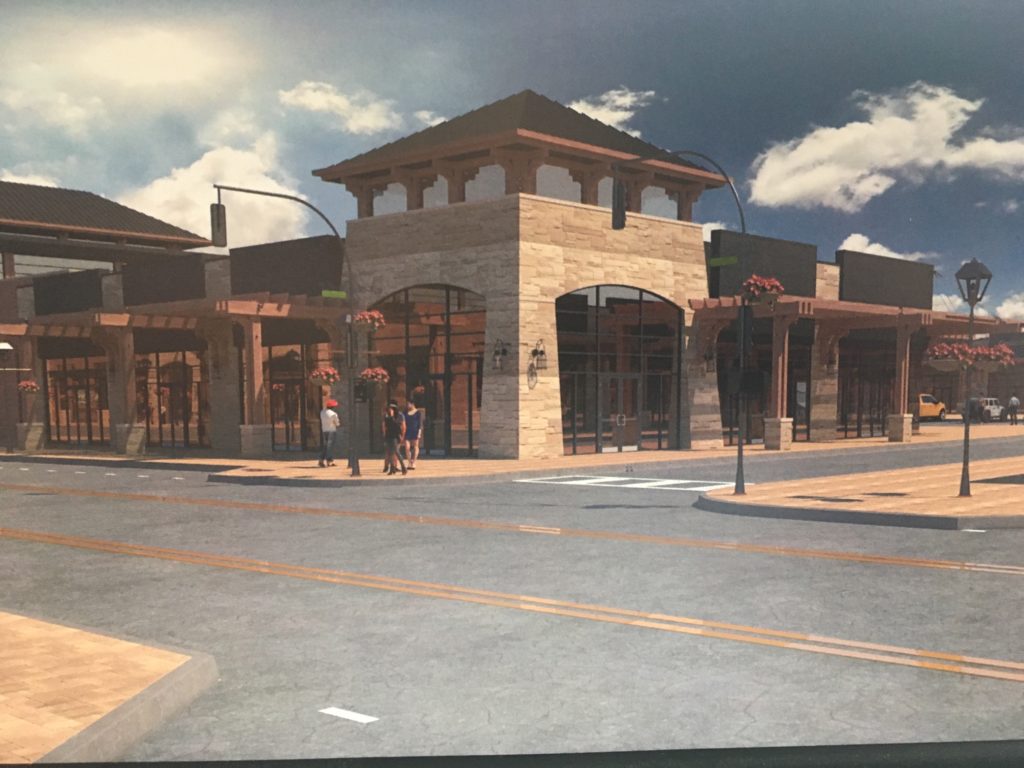 “WE’RE IN TALKS with three potential partners right now and there’s a good possibility we’ll get started on it later this fall.”

That’s Valdy Biernacki, the project manager and partner in UP The Sky, talking about prospects for the much anticipated and much delayed development of the shopping-hotel-office-and-residential complex in Marquette Township.

The first design for the complex came out in 2013 amid great optimism and excitement. A new, modern, upscale shopping mall for Marquette County! A hotel! A water park! A conference center! New residences!

But delays because of access to the highway and an easement have plagued Up The Sky from the start. Biernacki says those problems have now been mostly resolved.

The overall design has been altered. It’s more neutral in its architecture and use of materials to allow developers more flexibility when they build.

The 70 acre development has now been subdivided into four sections, allowing different developers, rather than just one, to build on the property.

The shopping center will now be an outlet mall, not just an assortment of stores.

The residential section will be condos and townhomes only, no single family homes.

Will the changes be enough to attract developers, investors, a hotel group and retail chains? We’ll see. Biernacki sounds optimistic. The Township managers and the rest of us, meantime, remain very, very cautiously optimistic. We’ve been hearing about this project for six long years. 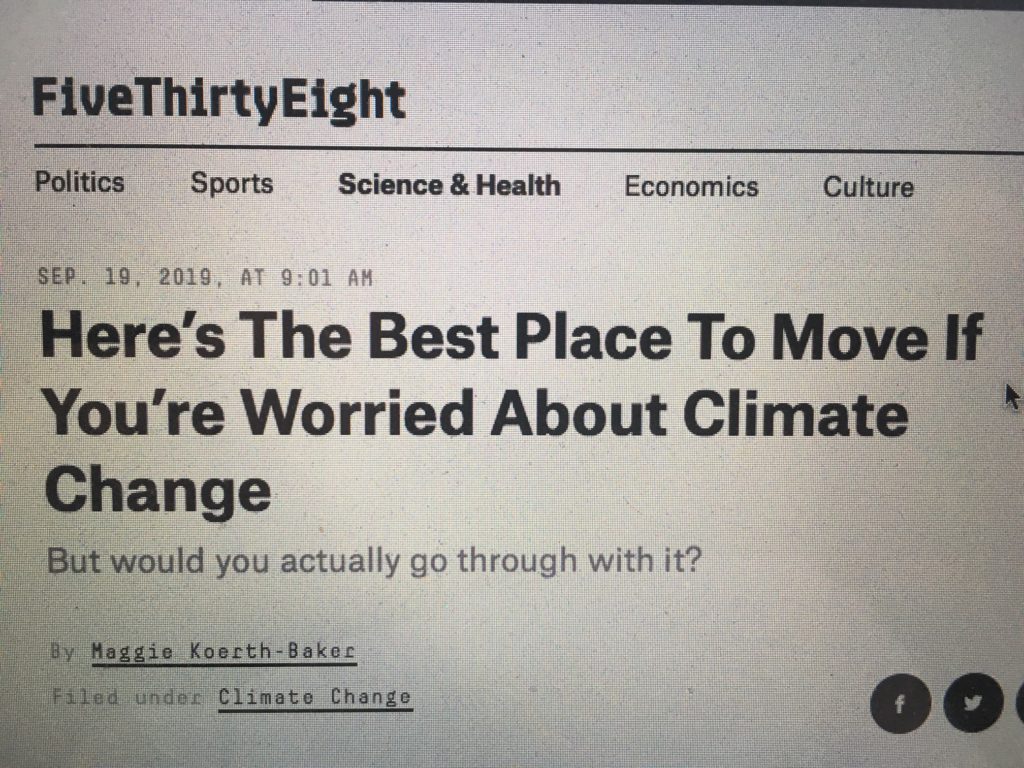 TEAR DOWN THE Mackinac Bridge! Erect a wall across our border with Wisconsin! Stop the hordes of climate change refugees from flooding our sacred land!

Okay, that may be a wee bit alarmist, but did you see the recent article in the highly respected, statistics-driven website FiveThirtyEight?

The article is titled “Here’s The Best Place To Move If You’re Worried About Climate Change.” And the lead graphic is the Upper Peninsula with a blue ribbon over it.

The Upper Peninsula, according to the article,  is “a region fortunate enough to avoid increased risks of sea level rise, drought, tornadoes, hurricanes, wildfires, and disease-carrying mosquitos.”

If anything, the article states, the UP should expect moderating temperatures and weather patterns in the years ahead. So that probably means we can say goodbye to the UP 200 and ice fishing. And the ski season on Marquette Mountain, in the future, should extend roughly from…oh…January 18th to….say…February 3rd.

But just hold your horses. Scientists say these changes  won’t seriously start taking effect for at least a generation. Which means we don’t have to fear those refugees from Miami and New Orleans just yet.