It’s a marathon, not a sprint

Six-hundred-fifty out of a population of 65,000. That’s one percent. Not enough.

Tests are being conducted at UPHS Marquette, at Mayo, at LabCorp, Quest, and the Michigan Department of Health and Human Services lab downstate. Piggott says NxGen in Grand Rapids is another lab that may be brought on line for testing.

But still, Piggott emphasizes, testing in Marquette County needs to be stepped up.

Have we done enough so that we can open up the economy and loosen the stay-at-home orders?

Piggott: “I do not believe, as of today, that the current capacity in Marquette County is sufficient, and the turnaround time still needs to improve. It is necessary to have timely identification of new cases, follow through on contact tracing, and initiate quarantine and isolation depending on the situation.”

Is it possible that COVID-19 won’t hit the UP as hard as other places because of the low density of population?

Are we out of the woods yet?

Piggott: “As the saying goes, this is a marathon, not a sprint. We are all susceptible to this. We need to flatten the curve to slow down the transmission of this virus from person to person in order to reduce illness and death. Slowing down the transmission does not provide us immunity. Recovering from the illness may, although if it does, we are uncertain as to the duration of the immunity conferred. What is hoped for is the development of effective treatments and/or a vaccine while maintaining as slow a transmission as possible…”

Bottom line, we’re likely months away from getting back to anything approaching “normal.” 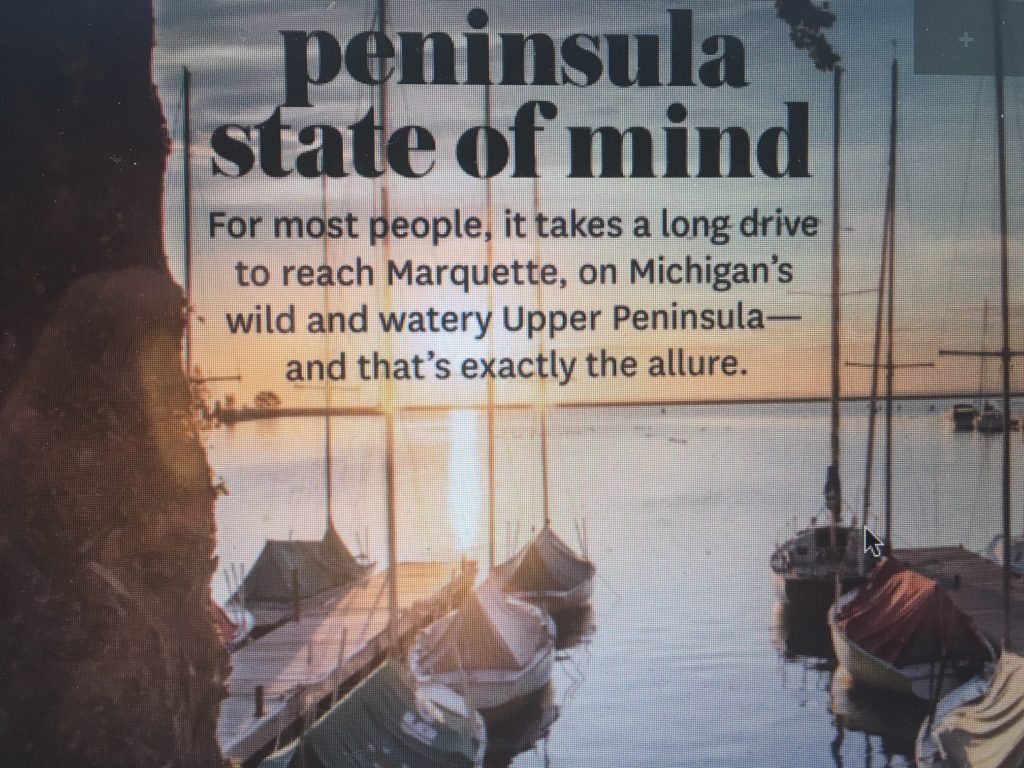 A great place to visit, just not right now

The venerable Midwest Living magazine, with a circulation approaching one million readers, has a feature article on Marquette and the surrounding area in its May/June issue.

Unfortunate, because an article like this might normally generate a surge in tourism, but the coronavirus pandemic and the economic shutdown will likely reduce tourism everywhere to just a fraction of what it might have been.

Nevertheless, a wonderful and flattering article.

“…It’s an outdoor recreation hub and college town–home  to Northern Michigan University, a rich arts scene, and more solid bars and restaurants than you’d expect in a town of 20,000….”

Among the businesses rating mention in the article–Blackrocks Brewery, the Wooden Nickel, Lagniappe, Nestledown B and B, the Roam Inn (Munising), the Milkweed Inn (Hiawatha National Forest), the Bear Tree Homestead cabins (north of Marquette).

But it’s the natural beauty, the Lake, and the town’s culture (“rugged independence” and “woodsy eccentricities”) that draw the author’s greatest praise.

A smooth transition until….

Jon Christianson sold his highly regarded Jon’s Auto dealership on February 1st to two of his longtime employees, Mike Guenette and Brian Kipling. A wonderful plan of succession–Christianson was able to retire and profit from his years of hard work, and Kipling and Guenette were able to acquire ownership of a business where they had long devoted their time, energy, and skills.

Except for the fact that two months later, Jon’s Auto was forced to close because of the coronavirus shutdown.

“I’ll admit I’ve had a lot more stress than I had before February 1st,” says Guenette, “but what gives me hope is I’ve been talking to a lot of people and they have the same feeling I have. This will pass.”

The dealership, which sells cars but doesn’t do servicing on them, had to close down for three weeks but then was allowed to reopen two weeks ago under strict safety guidelines. They’ve sold a handful of cars since.

No regrets for Guenette. He now co-owns a dealership, and he’s convinced there’ll be a pent-up demand for cars once the economy fully opens up again.

And what about Christianson? He made out great, right? Sold his company right before the collapse! Uhh, no. Christianson tells us he took his retirement bounty and invested in the stock market. 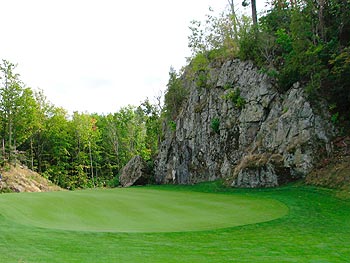 IT’S GETTING TOWARD the end of April, so Upper Peninsula golfers are dusting off their golf bags and clubs, taking a few practice swings in the back yard, and envisioning those soaring 290 yard drives and those winding 32 foot putts.

But the anticipation comes with uncertainty this year because of the state shutdown of non-essential businesses until May 1st.

“We’re planning for an early May opening at the Marquette Golf Club,” says club president Bob Raica. “We’re anticipating that there will be a relaxation of the restrictions, and it will include golf courses. And if there isn’t a change, then we’ll get together and plan our next step.”

Interesting case down in Genessee County. The county prosecutor has said that a private course can open but for members only, with no carts unless they bring their own, while maintaining social distancing. No bag rooms, no ball washers, no touching of the flag sticks.

Sounds like rules golfers could live by after being cooped up all winter and part of spring.

So would the Marquette Golf Club choose to go that route if Governor Whitmer doesn’t loosen restrictions on May 1st? Raica would only say they’re waiting to hear from the Governor. He adds that, for the last several weeks, they’ve been actively planning how the club will implement new regulations designed to prevent the spread of COVID-19.

The two courses, he says, aren’t quite ready yet for golf–still patches of snow and extremely wet spots in some places–but overall, the courses came through winter in fine shape.