“IT’S NOT A CURE–I’m not saying that–but it’s most effective treatment we have out there now. There’s not even a close runner-up, and it’s certainly better than doing nothing.”

That’s Spencer Stang, the CEO of Marquette’s Stang Decision Systems, commenting on hydroxochloroquine (HC), the controversial anti-malarial drug that some are saying should be used more widely in our fight against COVD-19. HC is often used in conjunction with azithromycin and zinc, but HC is the primary drug.

About Stang. His company uses technology-based tools to help companies hire, train, and evaluate employees. So why should we be listening to him, of all people, about such an important medical issue?

“I do statistics for a living,” he replies.

And among the statistics he cites are these:

A French study of 1000 COVID-19 patients treated with hydroxochloroquine. Only one died.

A third study of 72 high risk COVID-19 patients treated with HC. None died.

To be fair, these have not been highly controlled double-blind studies, and there have been other studies questioning the efficacy of hydroxochloroquine…and several more are now underway…but Stang says the three studies cited above are substantial and compelling. 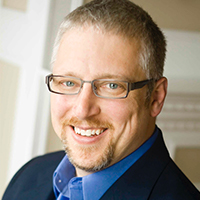 Stang is the CEO of Marquette-based Stang Decision Systems, which he founded.

“Eighteen hundred patients is a lot of people. I’m 99% confident that the results these treatments are getting are not happening by chance,” he says emphatically. In other words, statistics tell him that HC–for whatever reason–is proving effective in its treatment of COVID-19 patients.

So why aren’t doctors across the nation using HC? Actually, increasingly they are, but so far it has not been laid out as the prescribed treatment for COVID-19 patients.

“It’s not FDA-approved,” Stang explains, “and the controlled studies so far have been very small.”

So is there any potential harm in using it, whether or not it’s effective? Only if you take too much of it, Stang says. The current regimen calls for a five day treatment, under the care of a doctor.

Again, Stang emphasizes that he doesn’t at this point consider HC a “cure,” and he’s aware that rigorous scientific methods aren’t being applied here, but in critical times with lives at stake, he says, you sometimes have to take shortcuts. Later, with the benefit of more time and more studies, you can come up with a sure-fire cure.

One more thing. Stang isn’t looking for a social media battle with the possible, vehement reaction to this story–“You’re crazy!” “You think you know more than Dr. Fauci?!” “You’re a Trumper!!!” He’s just a smart guy, schooled in statistics, offering his well-researched observations at a time of national crisis.