THEY STREAMED INTO the Cafe Bodega by the dozens, by the scores, on this late autumn afternoon in Marquette.

They were all ages but at least half were in their twenties and thirties–peers and close friends of 31-year-old Adel Winter who had shockingly died less than a week ago. No final word yet on what killed her and her boyfriend–it wasn’t foul play–but it didn’t really matter.

All they knew was that this young woman, so full of life and such a huge part of theirs, was gone.

They arrived with hugs, with quiet words, with sad smiles, not quite sure how to react at a “party” for a dear friend who was taken from them. They sipped their drinks, nibbled on snacks, and made quiet conversation while children, three, four and five years old, scrambled about the Bodega, oblivious to the tragic solemnity of the occasion. 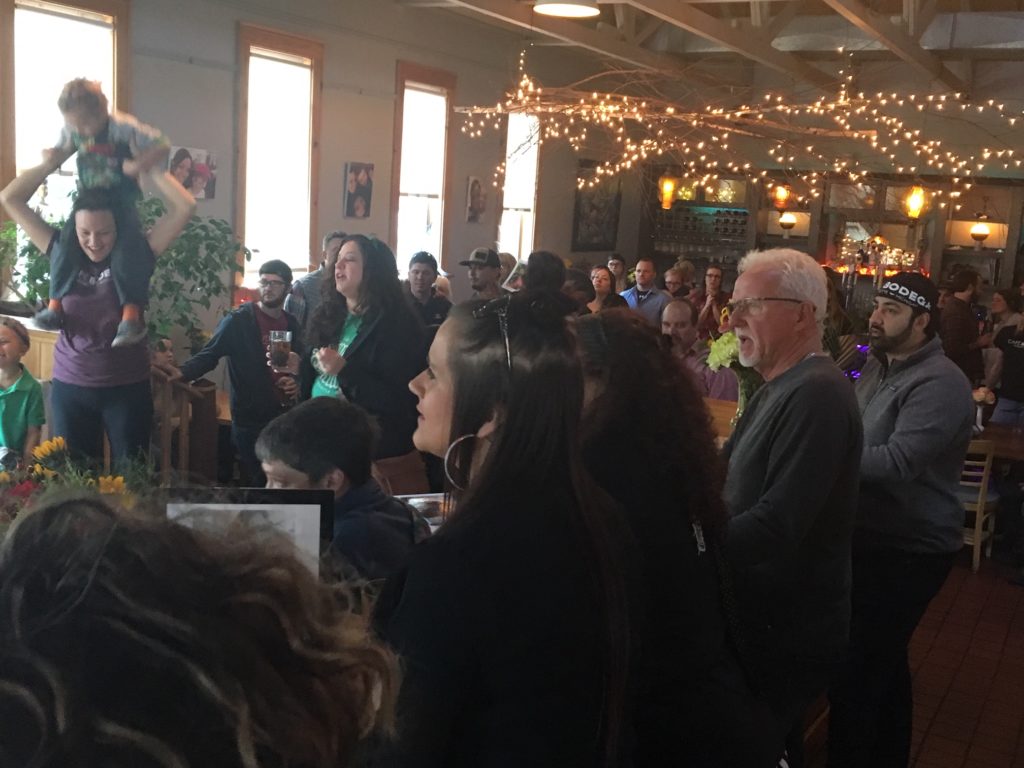 Adel’s party was held at the Bodega, where she had worked for the last couple of years.

“Let’s sing! Let’s dance!” Adel’s father Jeff Hartnett called out after seizing a microphone.  The crowd at the Bodega now numbered more than one hundred. “The time for sadness is over! This is a celebration of Adel’s life! We’re gonna dance like Adel used to dance here!”

Smiles and some confusion greeted his proclamations. How do you dance and sing and carry on when your friend has been snatched away from you?

Off in a quiet corner, away from the center of the action where a few dancers were gamely trying to brighten the mood, an electronic device played snapshots of Adel’s life over the last several years. She had arrived in Marquette eight years ago from Florida, and every day here, it seemed, had been recorded for posterity. 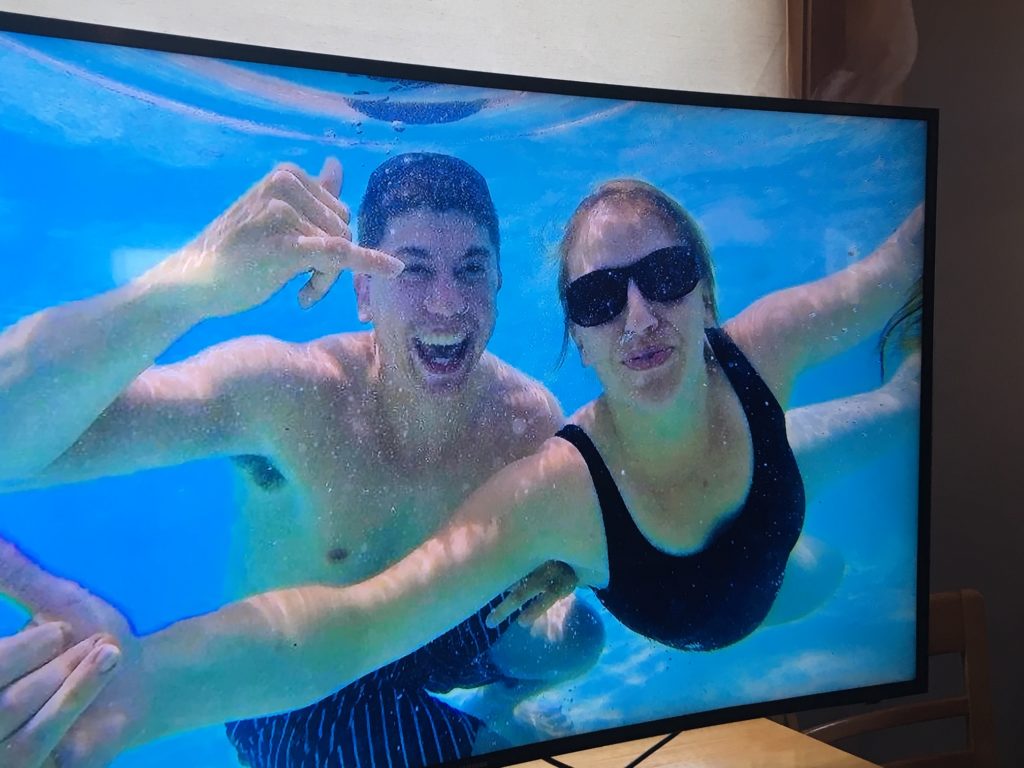 There was Adel–at parties and family gatherings, with friends, at the beach, on skis, hiking with her dog Sadie, at a graduation party, at her own wedding a few years ago, on a paddle board, at a Packers game. Reveling in the joys, big and small, that life offers you in the prime of your life. And yes, there were setbacks and disappointments along the way, but that didn’t seem to dampen her mood or her outlook.

“She had such a zest for life!” said her former mother-in-law, Rhonda Winter. “She never complained. She loved people. Nobody was ever a stranger to her.”

One thing you noticed about the stream of photographs playing on the electronic screen: Adel’s smile. Warm, glowing, fully enjoying the moment when each photograph was snapped.

Something else you noticed–her two little children, Avery and Everly. They were in most of the photos, snuggling with their beaming mother.

“She loved them more than anything,” says Amber Johnston, her friend and co-worker at the Bodega. “They’d be with her here rolling silverware and cutting oranges. They loved being with their mom.” 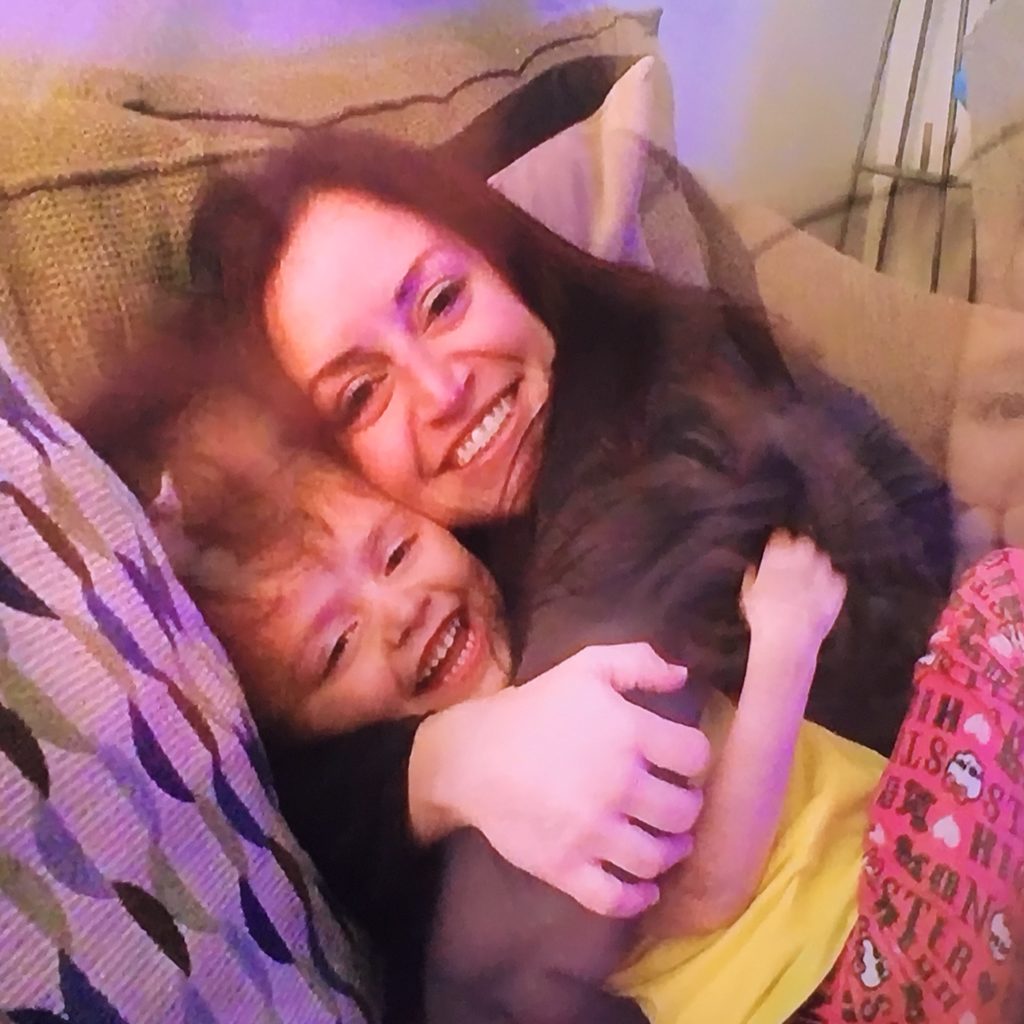 Adel’s young children were at the center of her life.

Adel was the manager at the Bodega where she handled everything–greeting customers, waiting on them, cooking when needed, cleaning, organizing.

“She was the heartbeat of this restaurant,” Johnston says. “She was equal parts life of the party and everybody’s mom. She took care of all of us whenever we needed her. She loved the Bodega, and she loved people.”

And they apparently knew it. They showed up en masse on this crisp autumn day to remember her, to console each other, to fight through their grief, and yes, even to dance and sing and laugh.

A Pay Pal educational fund has been set up to support Adel’s two children, Avery and Everly.