FIRST THINGS FIRST. This is a proposal, a plan. Not a sure thing, by any means. It goes before the Marquette Planning Commission May 1st.

But it’s fair to say that this proposed condo development, on the site of a former foundry that was recently torn down, is no small potatoes.

It would be two buildings, just off North Lakeshore Boulevard, each five stories high. A total of 96 two bedroom condo units. Likely priced in the 300’s. Some retail or office spaces on the bottom floor.

They’ll be located on just over three acres. More than 20% of the property will be dedicated to green space.

Total cost of the development, according to Dan Keller, the project manager and realtor: at least $20 million. 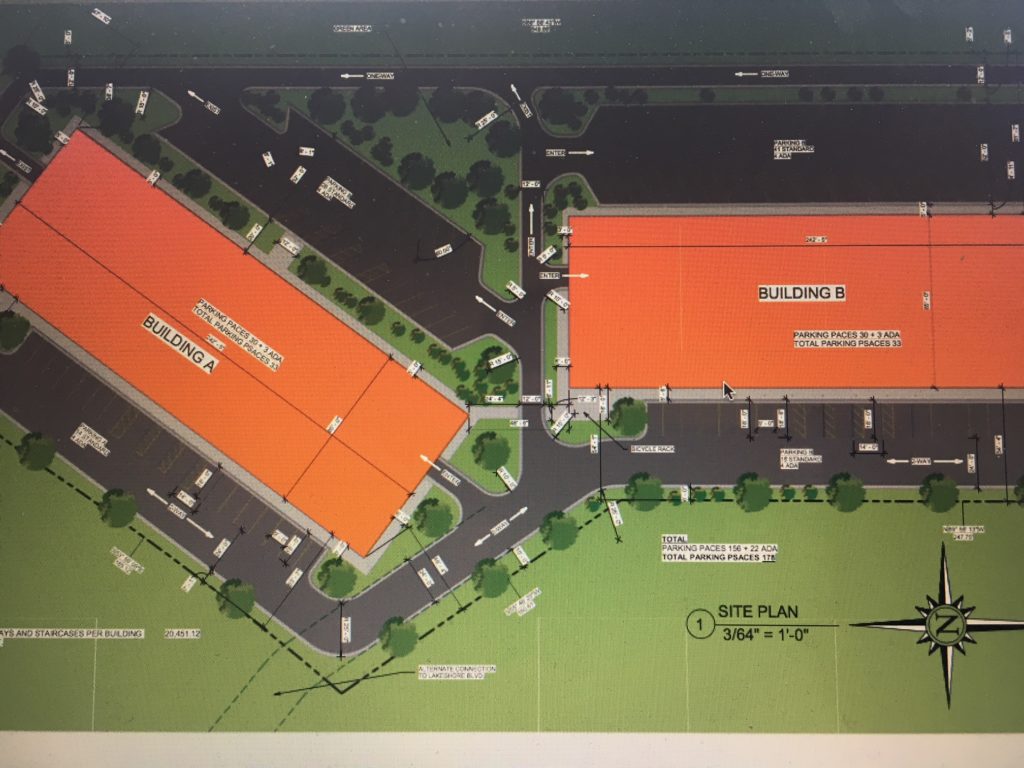 The developers are a Chicago group. They’ve been involved with the proposed UP the Sky mall near the new Meijer store–which has been stalled for the last year. They had previously proposed turning the old foundry on Lakeshore into a high end mall but that fell apart when they determined the building would be too costly to fix. The city then required them to tear it down.

They’ve also invested in other developments around town.

But this–the Picnic Rocks Condos, as it’s being called–would certainly be the biggest, and it’s generating some concern from the neighbors.

Sue Schauland and her husband Ken own the Nestledown Bed and Breakfast next door. “Obviously they are trying to cram as much as they can onto a small lot to maximize their investment,” Sue says of the developers.

She’s worried about traffic, the density of the project, the height and size of the buildings, and the overall effect on Lakeshore Boulevard and the surrounding neighborhood. It’s mostly residential, and most of the structures are one or two stories, though there is a four story building farther to the west. 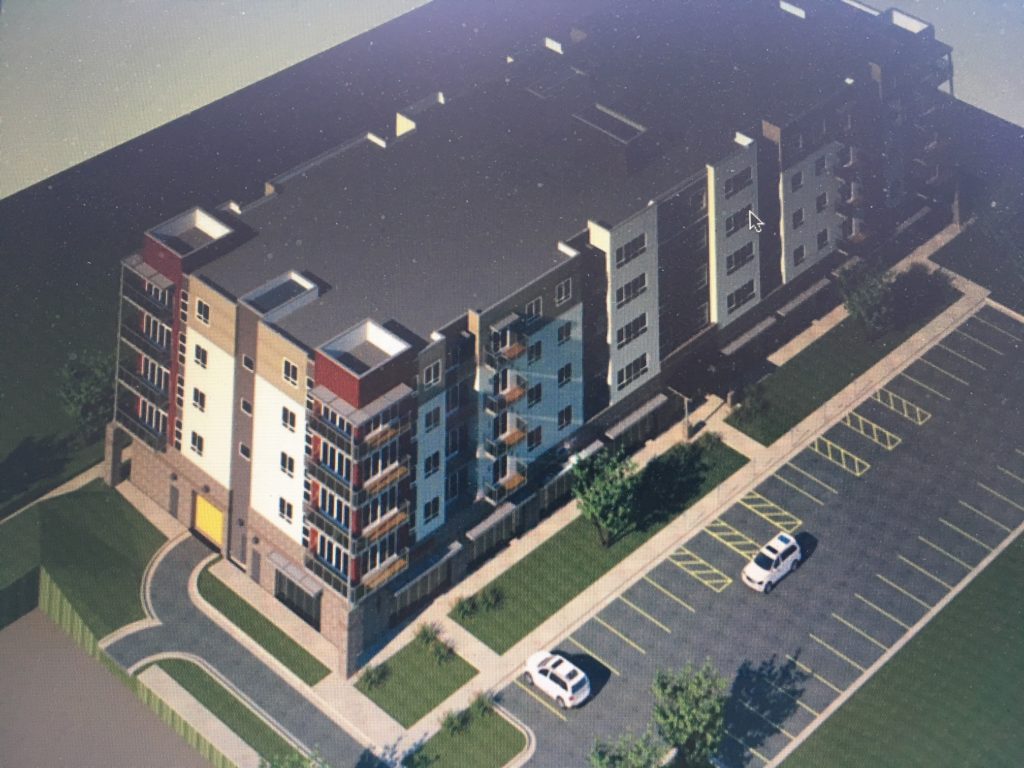 Keller, the project developer, says the proposed development will fit in just fine. “The curb appeal of the condos will enhance Marquette,” he tells you. “They’re beautiful buildings designed by a world class architect.”

He says the building closest to Lakeshore will be about 100 feet away from the road, and it’ll be somewhat buffered from the road by a few, old, established trees.

“We can absorb a lot more than this,” Stensaas explains, referring to the proposed condos.

But, of course, not everyone will agree.

This is just the latest evidence of growing pains for a town that’s becoming increasingly appealing to outsiders. Is the proposed development too much, too big, too rich, too close to the Lake? Or is it just answering the market demand, with aesthetically pleasing buildings on underutilized space?

We’re likely to hear those arguments, and a lot more, in the months ahead.