In fact, five years ago, there was talk that part of property might be sold to Duke LifePoint for its new hospital. Didn’t happen.

“We’re having no difficulty in meeting our financial obligations,” club president Bob Raica says. “I don’t think we’ve missed a payment in seven or eight years. Our relationship with the banks is very good.”

Banks. As in six of them. The debt totals about $3.4 million, but the good news is that the club has actually paid it down about a half million dollars in the last five or six years. That’s progress.

The club’s problems mirror what’s happened across the entire country. Each of the last two years, about 200 golf courses have closed down because they couldn’t make it financially. Course closures have outnumbered openings nationwide since 2006 and, if anything, the pace has been quickening.

Two primary reasons behind all the closings:

Oversupply…In the 1990s and early 2000s, developers went crazy. Convinced that golf’s popularity was on an upswing, they overbuilt golf courses. Many of them were part of planned communities where, it was thought, affluent and retired folks would move to satisfy their love of the game. Some did, but not nearly enough to support all the new communities and golf courses.

Underdemand….Quite simply, demographics. Twenty- and thirty-somethings don’t love the game nearly as much as the sixty- and seventy-somethings. In 2002, there were 30 million regular golfers in the U.S. By 2016, that number had dropped to 21 million. Huge.

Marquette Golf Club’s membership has been stable for the last several years.

In spite of that trend, the Marquette club, according to Raica, has been reasonably stable over the last five years with a membership of roughly 550.

“We have seventy new members this year but, of course, we’re also losing some,” Raica says. “We’re staying about even but the good news is that many of our new members are under thirty-five.”

That’s the key–hooking golfers on the game when they’re younger, and offering them a substantial financial break to join, which the club does. An organized junior golf circuit all across the UP is growing.

Other promotional efforts–especially the Stay and Play package offering golfers the chance to play at the UP’s four best- rated golf courses (including Marquette’s Greywalls) while staying at the Island Resort and Casino–have been successful in luring golfers north.

Last year was an anomaly. The Stay and Play numbers at Greywalls actually declined but that’s because a new course–Sage Run, owned by the casino–was added to the promotion. That drew some golfers away from Greywalls, but this year, fortunately, the numbers have rebounded, up seven percent. 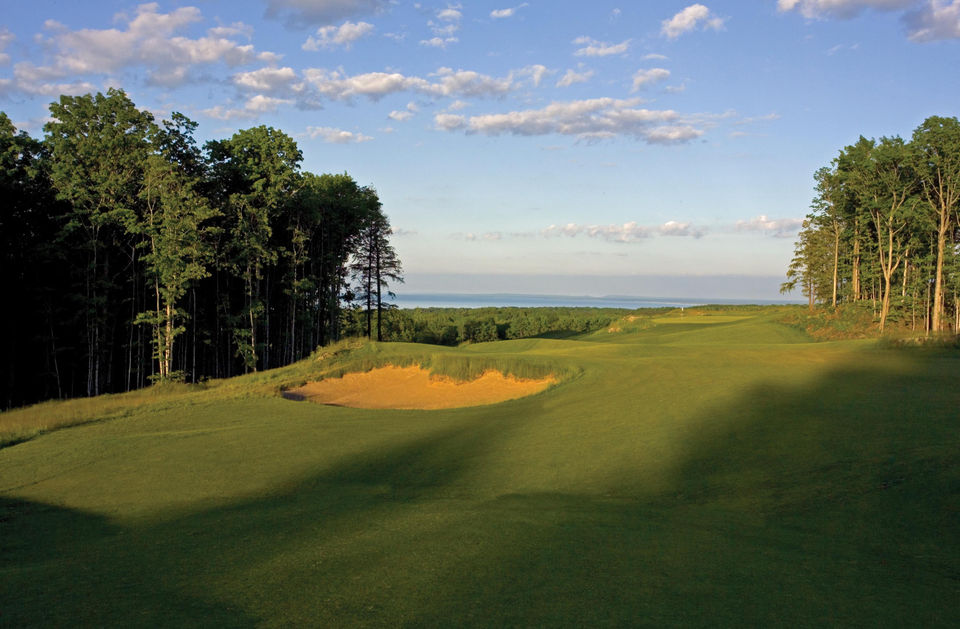 Greywalls is considered one of the premier golf courses in the nation.

Something else the club has emphasized: community involvement. It’s home to fifty tournaments and special events this year, many of them fundraisers for local organizations. It’s a way to strengthen the club’s ties to the community and to introduce new golfers to the sport.

The clubhouse has also been upgraded–new paint, carpet, and chairs.

So…nothing but good news and unbounded optimism at the Marquette Golf Club? No, there’s still that substantial debt and those daunting demographic statistics. And oh yeah, there’s also the unpredictability of the weather here.

“This club is a constant challenge for us,” says Raica. “But we’re keeping our ear to the ground, surveying members continuously, and working hard to make this club a success. What makes our job a little easier is that this is a premier golf facility, the best in the UP. And it’s getting better.”

So is the club struggling, stable, or successful? Apparently, all three.