Marquette Township: Thriving in the Shadow of the City of Marquette

WE’VE ALL SEEN the lists raving about Marquette. Best town for adventure! Best town to retire in! Best biking trails! All American city!

And it boasts a state university as well as a brand new $300 million hospital and a charming downtown!

This effusive praise generally is intended  for the entire Marquette area, but it’s usually the city itself (population 21,000) that gets the credit for it.

So how does that make the city’s western neighbor, Marquette Township–the home of the big box stores–feel? Jealous? Resentful?

Not really, say Township officials. The two communities need each other. 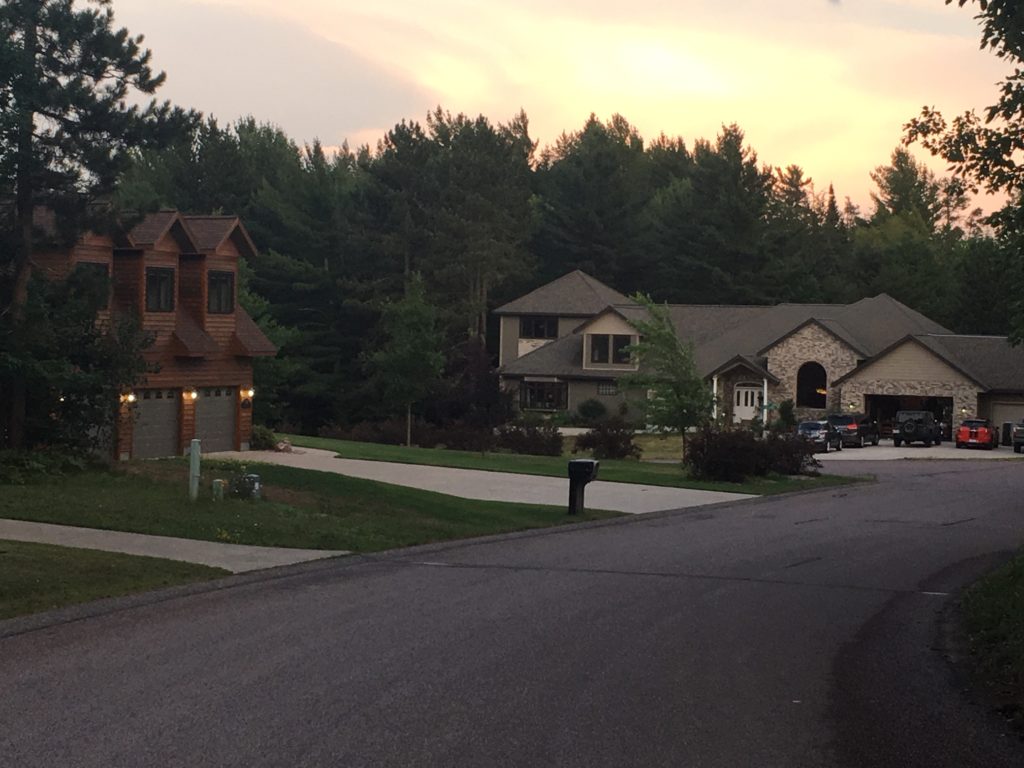 Of course, the Township contains a lot more than big box stores. It’s home to 3900 residents, according to the last census, most of them living in the Trowbridge, Bishop Woods, and Huron Woods neighborhoods.

But it’s the big boxes–Menards, Lowe’s, Meijer, Walmart, Target, and Best Buy, among others–that draw the attention and seem to shape the town’s identity, for better or worse.

“What people have to understand is we’re not chasing the big box stores,” says Township manager Randy Girard. “They’re coming to us. They’re buying the property. And as long as what they’re building meets our ordinances, they’re free to build their stores.”

The big box stores, including Meijer, are popular with shoppers throughout the central U.P.

And they’re building and building. Taxable value of Township property has risen 5-7% a year for the last twenty years. That’s nearly a boomtown level. The landscape has been radically transformed over the last several years.

What’s new? How about Meijer, Lowe’s, Marquette Cinemas, Best Buy, Fraco, Riverside Toyota, Fox Marquette? That’s just a few of the more visible additions but there are literally dozens of others.

New construction is a constant these days within the Cornerstone Office Park which just ten years was a vast, wide open space populated by a handful of isolated buildings.

Amid all this seeming prosperity and growth, however, there is one unfortunate downer: The Westwood Mall, three quarters vacant, looking tired and outdated, and recently purchased by an out-of-state developer known to buy…tired, outdated malls.

The mostly vacant Westwood Mall was recently bought by an out-of-state developer and Township officials are hoping he’ll revive it.

“Of course, we have a concern about it,” says McCarthy. “It’s the epicenter of our shopping district. We’ve let them know that there are a number of incentives that could be used to re-imagine that site to create more of downtown feel and attract new tenants. But they’ll need an extreme amount of capital because that building is antiquated.”

Whether that capital is available and whether the Kohan group has the will to invest are major uncertainties.

Both Girard and McCarthy optimistically see the future of Westwood as more of a mixed use development–retail, offices, entertainment, residences. And building up, not just out.

Now, at the other end of the spectrum is the proposed 70 acre development–Up the Sky–that still hasn’t gotten off the ground after years of planning, negotiating, hyping and glossy brochures. A Chicago investment group is behind this.

“It’s still alive,” says Girard. “We met with those folks just a few weeks ago. They’ve revised their plans, they have new investors. They tell us they’re about ready to get going.”

Renderings for UP the Sky are attractive, but actual progress on the development has been slow.

The development would be located behind Meijer but they’ve had problems with their neighbors getting direct access to US 41, which would be essential if UP the Sky is to succeed.

The much hyped plans call for outlet stores, a hotel, a conference center, offices, residences, a water park, and more. Pie in the sky?

Maybe. But if, after all these years, it actually happens, it would be a game-changer for the Township and the entire central UP.

“We’ve told them, ‘Let’s get a shovel and start building this thing,'” Girard says.

In the meantime, the Township will work on becoming a better, more attractive, and more cohesive community. That’ll be tough because there’s no real center of the Township. No “downtown.” Its main street is a busy highway.

Speaking of which, the major highway construction now underway will widen the road and make it safer. Two new roundabouts to keep traffic flowing. A tunnel underneath for pedestrians, cyclists, and snowmobiles. In the future, more plantings along the highway and safer walkways. Continued work to connect all the trails throughout the Township and the city. 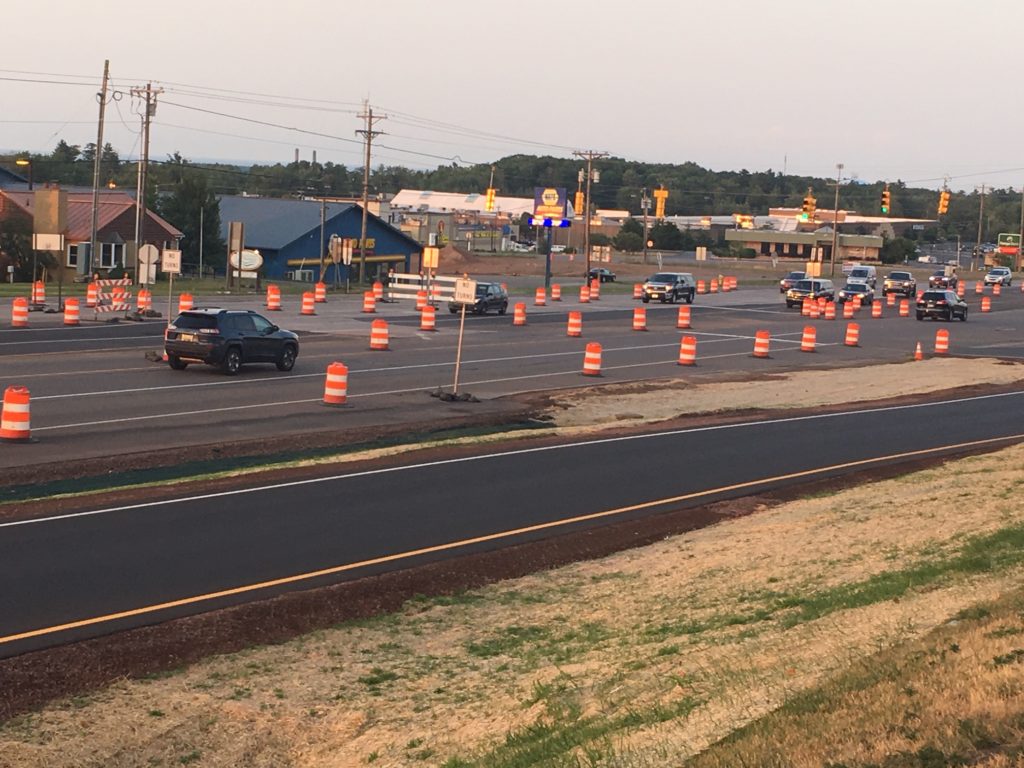 The Township’s massive highway project, complete with two roundabouts and a tunnel, has been underway all summer.

“We’ll be targeting middle income, middle value type of properties because there’s a need for that,” says Girard.

“We want to be known as a community that offers high quality residential living, great services, and great water,” McCarthy adds. “And we’d like to become the economic and entertainment hub of the U.P.”

Ambitious, to say the least.

Those plans, unfortunately, have been hampered by the “dark store” taxing theory now being enforced in Michigan. Bottom line: the big box stores are paying far less in taxes than they used to, which means that the Township is receiving much less in tax revenue than it used to. That puts a strain on the budget.

“Who’s going to stand up and cut off their primary funding agents for their re-election campaigns to give money back to the lowly UP?” he says.

One final thought from Girard as he contemplates the future of Marquette Township and the rest of the county. There’s got to be consolidation of some services, he says–to save money, avoid redundancies, and ultimately serve everybody better.

“Why can’t we have a metropolitan police department and fire department, and combine public services and public works?” he asks.

It would help eliminate some of those artificial political boundaries, make all of the communities truly connected and interdependent…and maybe help spread some of that gushing love for the city of Marquette throughout the entire county.